Steemit Open Mic is an online, live music venue to give musicians a chance to share their music with the Steemit community and get their music heard. It is growing larger every week thanks to all of you.

This week's entries have been split into three posts because we have so many entries that we broke the post size limit on Steemit!

We had 498 entries this week of which 329 are valid entries! Awesome guys!

Not all of the entries are in these See Who Played posts. Only 257 of the best ones.

There have been a flush of new accounts downloading people's valid Open Mic entries, uploading them to a new YouTube account, and posting it as their own performance on their multiple Steemit accounts. Those will not be included and I have muted those accounts.

To the scammers doing this, muting your account means I will no longer see your posts so you are wasting yours and every one elses time continuing down that path. Yu will be flagged, reported to @steemcleaners, and banned from entering Open Mic.

We put a new rule in place that is designed to stop scammers, not singers as some people seemed to have interpreted this post.

Please bear with us as we deal with this issue and keep Open Mic about building a musical community on Steemit worthy of the talent you bring to us each week.

Special thanks to @curie for selecting and supporting musicians who have entered Steemit Open Mic.

Special thanks to @ausbitbank for creating the new @openmic account and to all who funded it with +24,000 Steem Power Tell us about your experience playing in Open Mic on Steemit

If you, like many others, have found participating in Open Mic to be a good experience that has helped you improve your musical skills and engage with other Steemians, we would like to ask you to make a short video answering a few questions and sharing your thoughts about Steemit Open Mic.

Voices Of Open Mic --- by @luzcypher

I just did an interview with David Packman you can listen to here. Steemit Interview: @luzcypher talks Steem community, SBD & STEEM, music on Steem --- by @davidpakman

Did you know that you can earn curation rewards while supporting musicians on Steemit? Read this to discover how.

New Developments In The Open Mic Community On Steemit --- by @luzcypher

The cutoff date to enter however is 12.00 PM UTC Time (Friday, 9th March 2018). Find your UTC time here. Entries posted late will not be upvoted. We have about 100 people entering late and I do not have the time to explain the rules to you again so please read the post and get your entries in on time.##

Winners will be announced Monday, the 12th of March 2018.

Steemit Open Mic is growing so fast that a lot of people are entering without really reading the rules so I want to do a little house cleaning for those entering the contest.

The bigger this grows the easier it is to miss someone's entry post so following these rules makes us see you have entered so we can upvote you.

For more on the rules read, What Are The Rules To Enter Steemit Open Mic And Why Do We Have Rules Anyways?

Steemit Open Mic is a live music contest and we need to know that you are really playing or singing us a song for this contest in particular. That's why to qualify for prizes you must say "Steemit Open Mic Week" (next week number) at the beginning of your video just before you play or sing the song. If you don't or if you edit in later onto a prerecorded performance you will not qualify for prizes.

If your song is an original song then you MUST put the word "original" in your title. Original songs get a small bonus right now and it is easier to find all the original songs with the word added in the title.

The next thing that is very important it to begin your title with "Steemit Open Mic Week (the current week number)" and place that as the first words of your title or I may not be able to find your post at all.

Here is a perfect example of a correctly titled post to enter Steemit Open Mic for an original song.

This would be a perfectly titled post for a cover song entering the contest.

Theses posts are really easy to find in the feed and upvote them. They can easily be spotted so none of them get missed.

Also, @andybets from steemreports.com is working on a chart that is targeting those keywords to sort all entries by originals and covers.

NOTE: The order this chart lists the performances has no bearing on choosing the finalists. Just because a video is at the top doesn't mean they will win the contest.

Steemit Open Mic Week 75 performances are in and there's still time to vote for your favorites.

Great songs and performances this week. Have a listen to them below and be sure to show your support and upvote your favorites.

It's all in good fun and community spirit and I want to thank everyone for their enthusiastic support.

There's still time to cast your vote until Sunday for this week's Open Mic Night entries.

The cutoff date to enter however is 12.00 PM UTC Time (Friday, 9th March 2018). Find your UTC time here. Entries posted late will not be upvoted. We have about 100 people entering late and I do not have the time to explain the rules to you again so please read the post and get your entries in on time.##

Winners will be announced Monday, the 12th of March 2018.

This weeks contest page is:

Vote On Each Contestant Page

Strolling down the Highway, cover of Bert Jansch --- by @camuel

Your Love Cover --- by @rodolfoyanez

What did you see in me (author: annette moreno) conver --- by @merry01

original song about trying to sleep in discomfort --- by @thealarmed

River Flows In You - Guitar fingerstyle --- by @vidente

Original Song "The voice that's within" --- by @builtinfire

Lies (Original by Stephen Martin and Jessica Manis) --- by @acousticsteveo

“Now We Are Free” from Gladiator --- by @drewley

Original Song - Away From Home --- by @donroberts

Wish you were here solo --- by @charusaid

WHO YOU ARE @, original --- by @kingingodwin Holy wowsers!
Split into 3 parts this week!
You judges have been working overtime to get through so many!

My apologies for not entering this week. I’ve been time poor this week (need to find out your time management secrets), but also didn’t want you all to start getting sick of me already. Lol.
But probably just as well, seeings how many awesome entries you already had to sift through.

And just because I didn’t enter doesn’t mean I haven’t been listening to many amazing entries and voting and commenting on them.
That’s what it’s about, right?
Keeping our support for each other flowing and growing!
I hope all the other open mic entrants do that on weeks they haven’t participated in because this community shouldn’t all just revolve around yourself.
Keep supporting and giving the love!

Keeping our support for each other flowing and growing!
I hope all the other open mic entrants do that on weeks they haven’t participated in because shouldn’t all just revolve around yourself.
Keep supporting and giving the love!

That is exactly what makes Open Mic so special. Musicians and music lovers supporting musicians are what gives it value like the rest of Steemit too. Sharing your music and supporting others music is where the magic is.

Listening to all these performances feels like I'm sitting right there in the room with you. Feels like I know you guys and I'm sure we're going to meet one day. Maybe at Steemfest 3 :)

I don't think we would ever get tired of hearing you and look forward hearing your next performance.

Naaaaw. Thanks mate (that was probably my nasty inner critic putting myself down. He’s back in the sin bin now. Lol). I’ll personally strive to make sure my entries are as enjoyable as possible.

Steemfest 3?!?!?! What is that? Is that a real-time meetup? You should do one in Australia sometime so all you northetn hemispherians have an excuse to come and enjoy some awesome down under vibes!

I now look forward to this every week.

My creativity has been jump started!

I have two new songs in the works that I want to debut on Open Mic.

I really feel blessed to have found the this outlet for my music and to discover other talent across the world.

Thank you everyone involved!

May Steem be with you.

Well, it feels nice to be among so many stars of music. I am so small among them. Grace for the honor you grant us to participate in wonderful contests./Bien, se siente lindo estar entre tantos astros de la música. Soy tan pequeña entre ellos. Gracia por el honor que nos concedes de participar en sendos concursos maravillosos.

I am a beginner. please guidance you on this open mic. I am a musician with an acoustic guitar accompaniment.

The link above is one of my guitar playing recordings.

The video catalog keeps growing. It is an impressive library of musical talent. Thanks @luzcypher

I do not know your purpose @ luzypher

I do not know your purpose either.

Musicians! A group of people who make the world basically go round. God bless you @luzcypher for anchoring this initiative which will go a long way in encouraging all the musicians we have around here

EN: Thank you so much for the oportunity to show my talent and share it with the world!, always participating, greetings and good vibes. 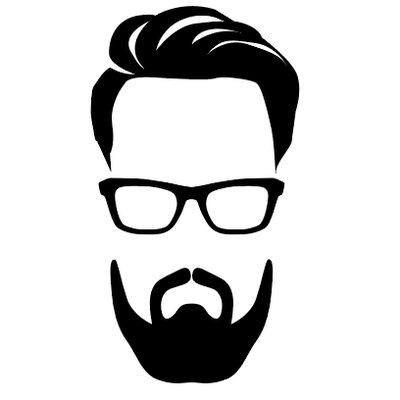 Please my vote my ID @mohabat

valeria and myself are soo glad to participate in this familiar weekly reunion, feel´s really like a family music performance every week. in a big family house with friends, cousings, grandpa´s too, we are very glad and with a lot of joy to join to this amazing others musicians over the world :D bless and thanks a lot again, for us this is the real win win. a lot of others awesome songs and talent here, in the 3 part list lml :D a family blessed comunity