Another Week of Inspiring Actions By STEEMians!

(Video 11:18)
If you can't watch the video (I promise I didn't cry this time), scroll through the #ophumanangels actions Steemians have accomplished this week. I have so much hope for humanity when I see how much you all care, about each other, plants, animals...about Life.
#Ops are listed oldest to most recent

A Positive Message By @davedickeyyall

This week instead of giving, Dave found himself on the receiving end of someone's kind words...

Last week @neilur dazzled us by making beautiful messages in envelopes that she secretly left all around her town, and they had the most gorgeous origami hearts attached to each envelope. After being asked by a few of us how she made them, she did up this tutorial. Steemit, we adopted a piece of the rainforest! By @playfulfoodie

Last week @playfulfoodie put a call out to the STEEM blockchain to donate upvotes or directly to her and she would be adopting a piece of the rainforest for us. It worked, we have #Op success! All of the SBD from this post, I will donate to the Arbor Day Foundation's efforts to replant American forests. If anyone would like to donate additional funds to this cause, I will add them in as well (just be sure to note it's for this project in the memo!). How freekin special is this!? @PhoenixWren made custom #OpHumanAngels patches and sent them to the @KHackett Family!! They ROCK, and YOU Rock Phe! 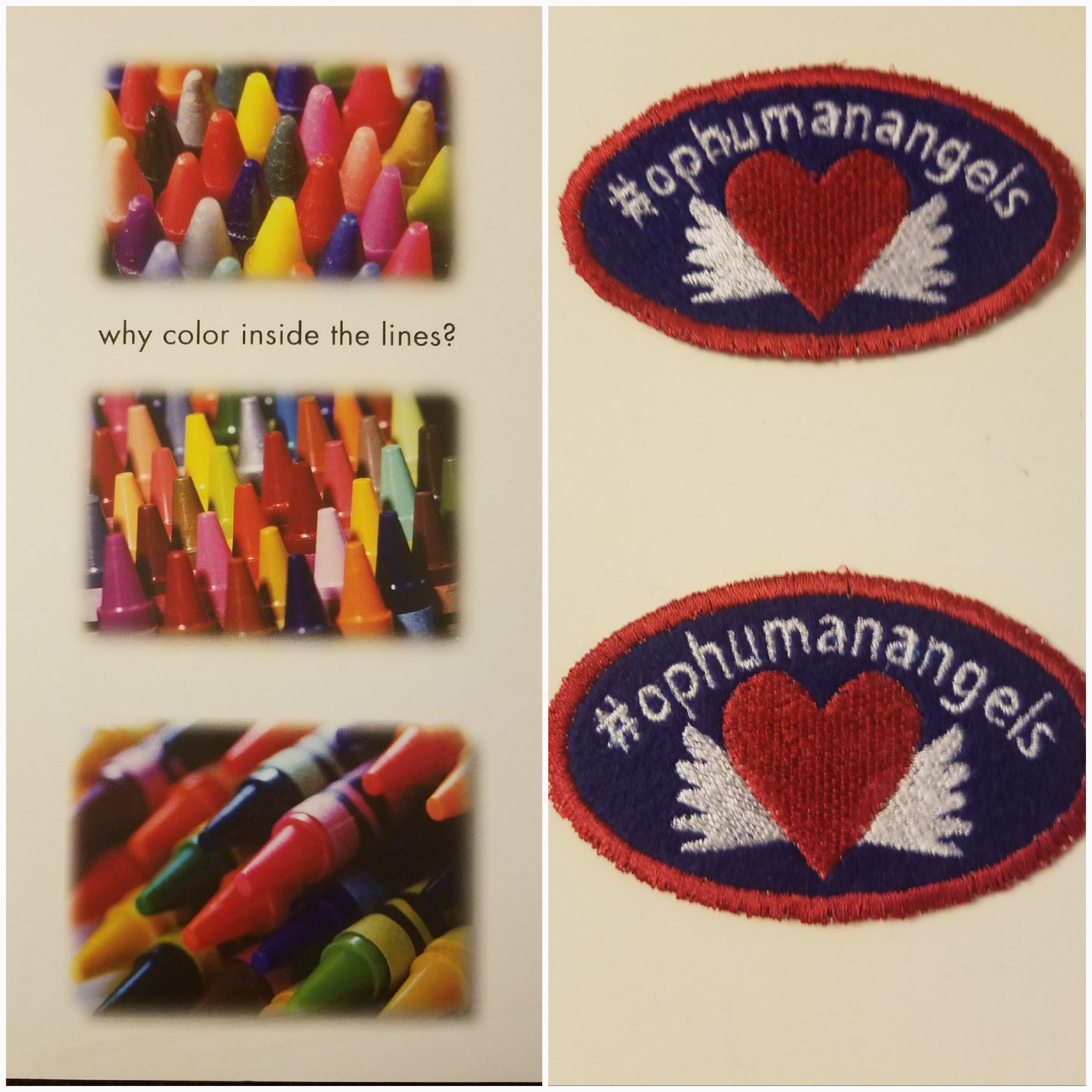 This week Karen not only put sticky notes with empowering messages around during her day, for others to stumble upon, but also started cleaning up a random sidewalk too! Way to be the change Karen, this was a really inspiring #op and I loved all of your words, they were super powerful. 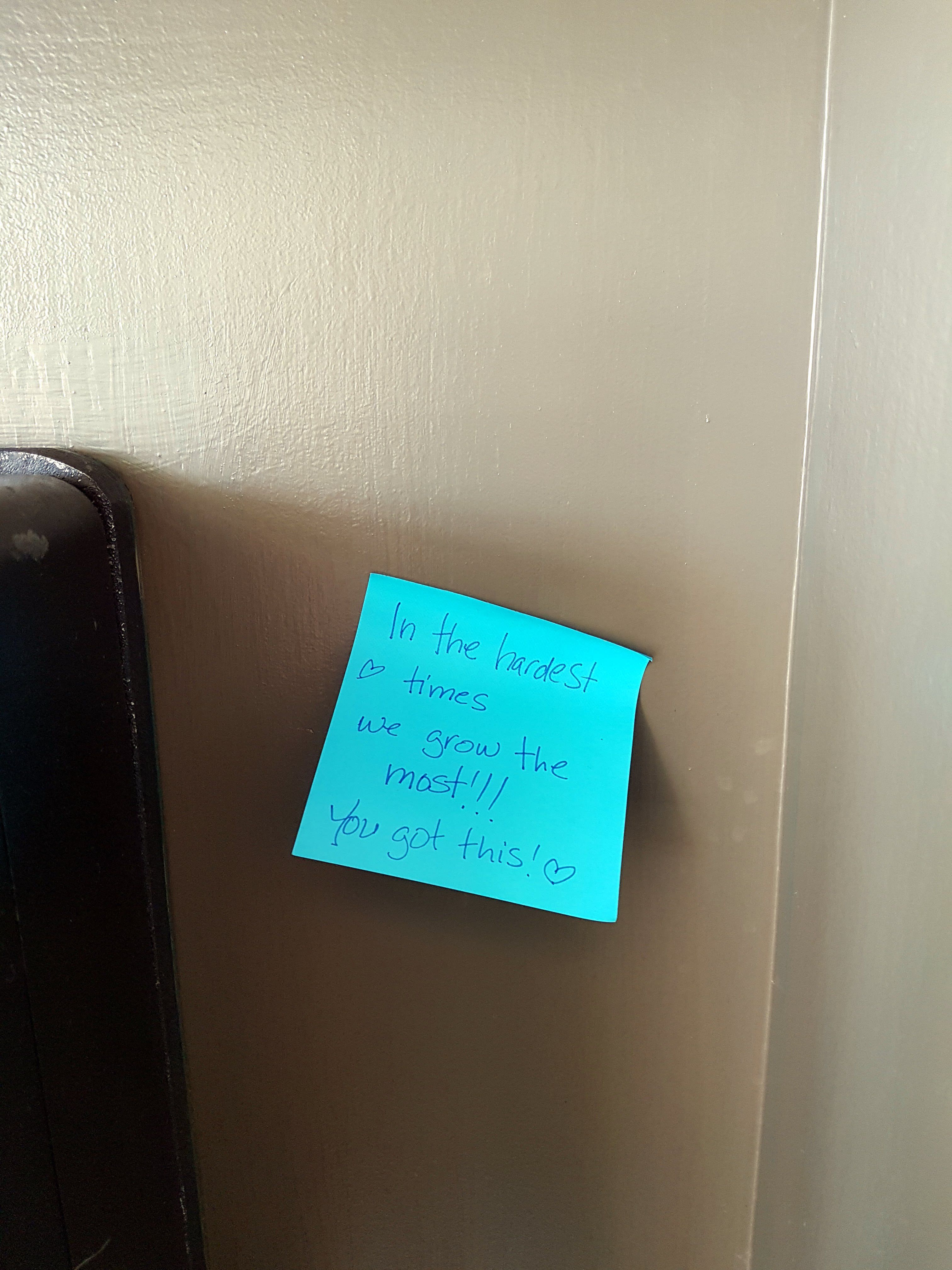 A couple months ago @apakapluk put a call out for aid for his family, we were able to raise a small amount, as well of support with upvotes, and he withdrew the funds yesterday and was able to bring some relief to his family! Thank you everyone who helped out, You Matter. Those were some Beautiful Actions Hey?! Massive thanks to everyone contributing their time, and their stories. We hope one day you'll join in the fun! To see all of the other recent #OpHumanAngels actions go HERE 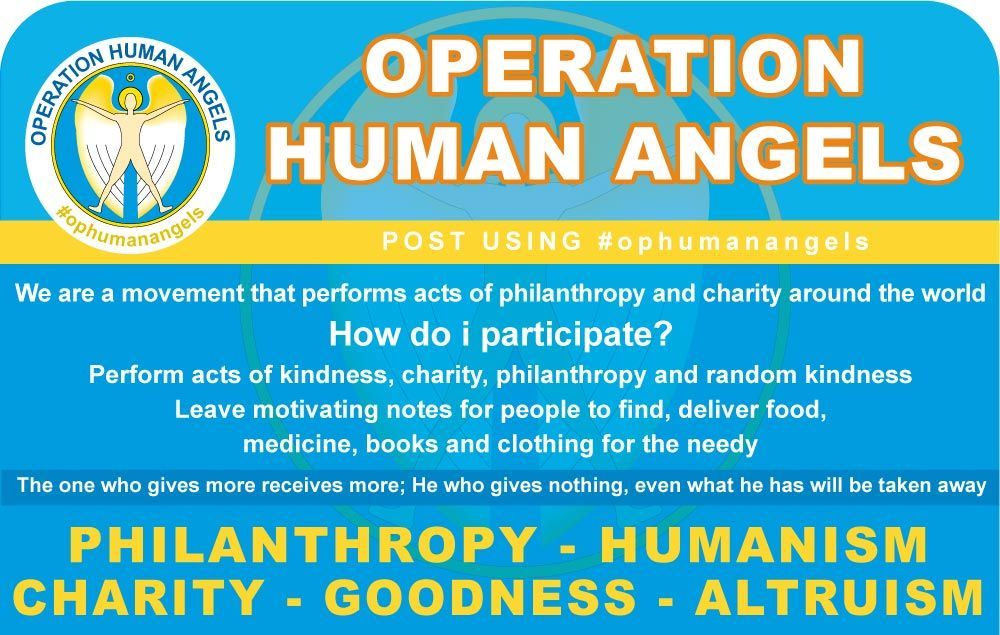 I am sorry if one of my posts bother the tag #ophumanangels . I just edited my yesterday post for you and your team after watching the video. I am happy to see a lot of impact by Operation Human Angles. Specailly the people who were promoting girls education in Indonesia and some children who are participating to clean rubbish. Will try to use the tag when it matters. Though, Most of my post, @SchoolForSDG4 and @WomenEmpowerment post are related to my community work but I don't want make people bore with the tag again and again. It is really great to see someone value our ofline activities which is more important to change lives.

That's awesome, I'm glad that seeing these actions brought you joy. I <3 @schoolforsdg4! Please use the #ophumanangels tag anytime, you're doing great work.

Thank you very much for your love and care. A lot of things going on here but not all the incidents are good news but worth to share. Will definitely to get attention with the tag. :)

Thanks to everyone getting out there and doing ops with us! And thank you to Lyndsay for starting the movement! You make the world a better place! 💛

I appreciate you soooooo much @neilur, thank you for all of your inspiring actions!!

It is my pleasure @lyndsaybowes🤗🤗❤

A Win-win-win for sure!

Love being able to read all of the ops I misses during the week, thank you @lyndsaybowes and thank you to all the great #humanoppeeps spreading the love <3 <3 <3

Aw, no worries Karen, I'm glad you get to catch up here :) xo Thanks again for your awesome actions every week!!

Thanks for screencasting Steemit, I may do that, and love Operation Human Angels, and I was a teacher in Vietnam, and I love how we can all encourage each other and I love random acts of kindness for sure.

Good luck with your screencast, and I hope to see you in the #ophumanangels tag one day soon!!

Mam, you are doing a great job... Amazing effort by you mam... i really appreciate your work mam... 👍

It's so nice to see Joy and Hope peek out now and again in this crazy world. Of course much of the narrative we are fed is based on the wretched quality of man, but in our hearts we must know that the human spirit is kind and giving and is not defined by governments and wars.

There are a lot of good people in this world, and we need to make that famous instead of the few bad apples.

I appreciate you using the #nobidbot tag and very cool project you have here. I’d just like to let you know that that tag was conceived as a community project and we have a chat for it, you can read more about it at this link. We may have very similar goals so it might be nice to collaborate on the future

Great, thank you I'll check it out!

It is really great to see someone value our ofline activities which is more important to change lives.

Thank you, and I hope one day to see you in the tag! xo

There are some amazing things being done through Operation Human Angels!

I just hope we grow more and more! xo Thanks for checking it out every week Ceci!

Promotional post......From this post, you'll learn all the stems from being very industrious.........

Yeah, I'm only using facebook to get the rest of my friends over here :) Expect nothing but deceit from that site!

Keep using every website as you feel fit.
You do your thing perfect and need no critic from me.

But the previous msg I wrote was based on the battle you all are facing with the rewards abuser.

Lets say he represents our battle against those who own the majority.

How do we combat this abuse?
Force does nothing but limit us when he uses his power to steal your power.

When I first joined you were upvoting and making posts worth 2$ you gave people a voice.

Fighting him has revealed the true nature of his person and by individuals hes not generally liked.

So... what I am hoping you may considrr is hearing me out you and hubby for another game plan.

The reason my vote was worth more before was because I had 2 steem power delegations totalling 60,000 SP. They went back to their owners months and months ago :)

You know I'll never be silent on any oppression, I keep my eyes on many different issues and speak out about them all. <3 That includes abuse of the STEEM blockchain.

Basically, use the tag systems to our favor as a group to get passed the censoring.

(How ironic would that be lolololz cosmic humor ftw) Like with being confronted and not wanting to be accountable ... those people accepted a karma bucket.

We don't see the effects immediately, but amongst website users these people have earned a reputation of abusers. Lol

Same goes for the big picture, wich is what we need to focus on before they push their money making fake war.

So an option is to take the online world and bring it irl.

Thats been my work the past 17 years ♡
We made fantasy into reality.

Gaming use to be a joke, and now its one of the kost popular things ever. (Not always a good thing when ppl ignore reality though)

So thus the stage show ♡
Going international using the old systems of fame.

I don't want fame, but if it helps us all not get roasted by a bunch of selfish jackasses then anxiety can go fuck itself.

~☆☆☆☆ and with leaving the chat bubbles we can avoid the censorship and bring attention to serious issues again.
#Usepopulartrendingtags #Orbusinesstagslikebellletstalk

This is very Inspiring week