Learning How to Enjoy Ourselves 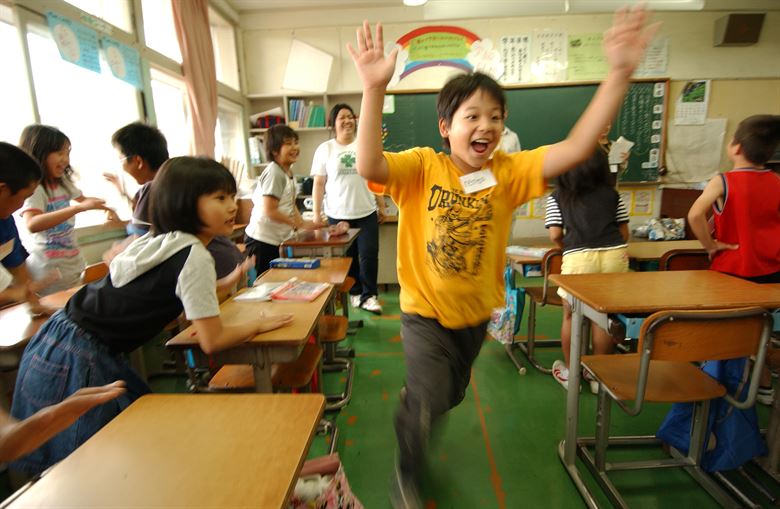 One of the more interesting things about being an artist is that if you've done it long enough you end up interacting with a pretty wide range of people in terms of socioeconomic status -- from the fanciest of symphony halls all the way down to the grungiest of bars, the need to keep on finding additional work tends to take you to many places that you wouldn't have imagined yourself being otherwise. And let's not forget the fact that most artists can't support themselves purely through their work so they end up taking a myriad of jobs that have nothing to do with what they studied in school, adding more diversity to their experiences and interactions overall.

You know there's that old McCarthy quote saying that artists mix with all classes of society therefore are dangerous, but it's more that the truthful perspectives that artists bring to the table makes some people feel uncomfortable because it often pops the bubbles of stereotypes and projections we create when we surround ourselves with people we already agree with. A few lucky ones might find a permanent community and support when there is a work-institution compatibility (something I'm interested in as a crypto project) but the vast majority of artists out there, at least in current times, tend to be cultural nomads that move from group to group very fluidly.

It's no secret that the tastes of the rich and poor are very different and there's really not much anyone can do to change this reality since there are larger forces at work beyond anyone's control. Upper-class tastes tend to focus on aesthetics and emotional nuance (useful for politics), middle-class tastes tend to be more practical/pragmatic (why we call them the "working-class"), lower-class tastes tend to be highly idealistic as a means of escape from the difficult situations they face in day-to-day life. If you find yourself in an argument where socioeconomics might play a factor, it may be good to keep these things in mind so you know where the other person might be coming from. If you look for the right signs, you can often make an educated guess where the conversation will go even before anyone says a single word.

But I'm not really here to talk about how to get better at debates/discussions -- there's an inherent problem in the way human beings are prone to acquire pleasure that probably needs to be talked about, especially as we start to question how the Internet and our digital devices have been affecting us socially and psychologically over time. What will save the Internet from turning the world into a dystopia won't be algorithms or AI, but a hard, honest look at human nature itself.

I've been lucky enough to have enjoyed goods and services from both upper and lower tiers of society but you don't really need to live the nomad life to realize the fact that just because something costs more, doesn't mean that it's inherently more valuable. Brand goods aren't necessarily better made than generic goods. Expensive cars break down more often and usually don't perform as well as mid-tiered cars. Foods at fancy restaurants don't taste better than dishes made in a hole-in-the-wall joint with care. An expensive house in San Francisco isn't inherently worth more than a cheap house somewhere else. Paying 1000 dollars for a concert ticket doesn't necessarily mean you'll enjoy it more than the ones that will let you in for free.

Yet our society is full of these practices and half our economy practically runs on them, even at the cost of producing inferior goods and services. Where is the pleasure coming from exactly, then? It comes purely from the emotional pleasure of knowing that others don't have what you have, therefore that makes you superior, therefore, special. It's one of the darker sides of human nature that people don't like to talk about, since it's pretty much everywhere and none of us are immune to its effects. The upper-classes set these bad examples for the lower-classes to follow -- and when a few of them manage to rise up in the ranks, they end up recreating the same problems that they were initially fighting against. This sets up the conditions for history to repeat itself over and over again for the rest of eternity.

Burtrand Russell once said that rich could be much more happier if they learned to take pleasure in enjoying things as-they-are, rather than of the idea of exclusivity which is more often than not the real product behind what's being sold. For the rich, pleasure often is a performative thing that they use to compete for status, but otherwise many come to see most worldly pleasures as a chore and an obligation needed to be fulfilled. They're often fighting against the truth that in the end none of it really matters, but it can be very difficult to get out of this frame of mind when your entire social group has bought into this model as a way of life.

I don't think I have to get into the details here, but social media is full of these types of self-comparisons and status games because its business model practically runs on people's insecurities in order to turn a profit. (That's the ad-based model in a nutshell, which was already used extensively in TV/radio, even before the Internet.) You have to remember that Zuckerberg is an entrepreneur but he's also a Harvard grad where these sorts of games are what everyone plays and he isn't immune to its effects, either. Through Facebook, we've inherited the neurosis and vacuousness of elite culture and are now starting to see the negative effects when these practices become part of the mainstream.

This is why I really like it when I see someone really enjoying their food: A healthy appetite is a sign of ambition and initiative, but also of a zest for life that sees meaning beyond in what other's think. It might sound counter-intuitive in today's political climate where everything seems so serious, but enjoyment is probably the most effective thing we can do to change the way our society works in its current form. But we need to learn how to enjoy things as they are, rather than what we wished them to be.

And imagine if we built our software with these things in mind, ahead of time? No agenda, no propaganda, no status games -- just a bunch of people in one place enjoying each other's company, in-it-of-itself. That's really what we should be striving for in social media platforms, going forward.

This is a courtesy of @GuyFawkes4-20