cherryblossom-sa (65)in #photography • 3 years ago (edited) 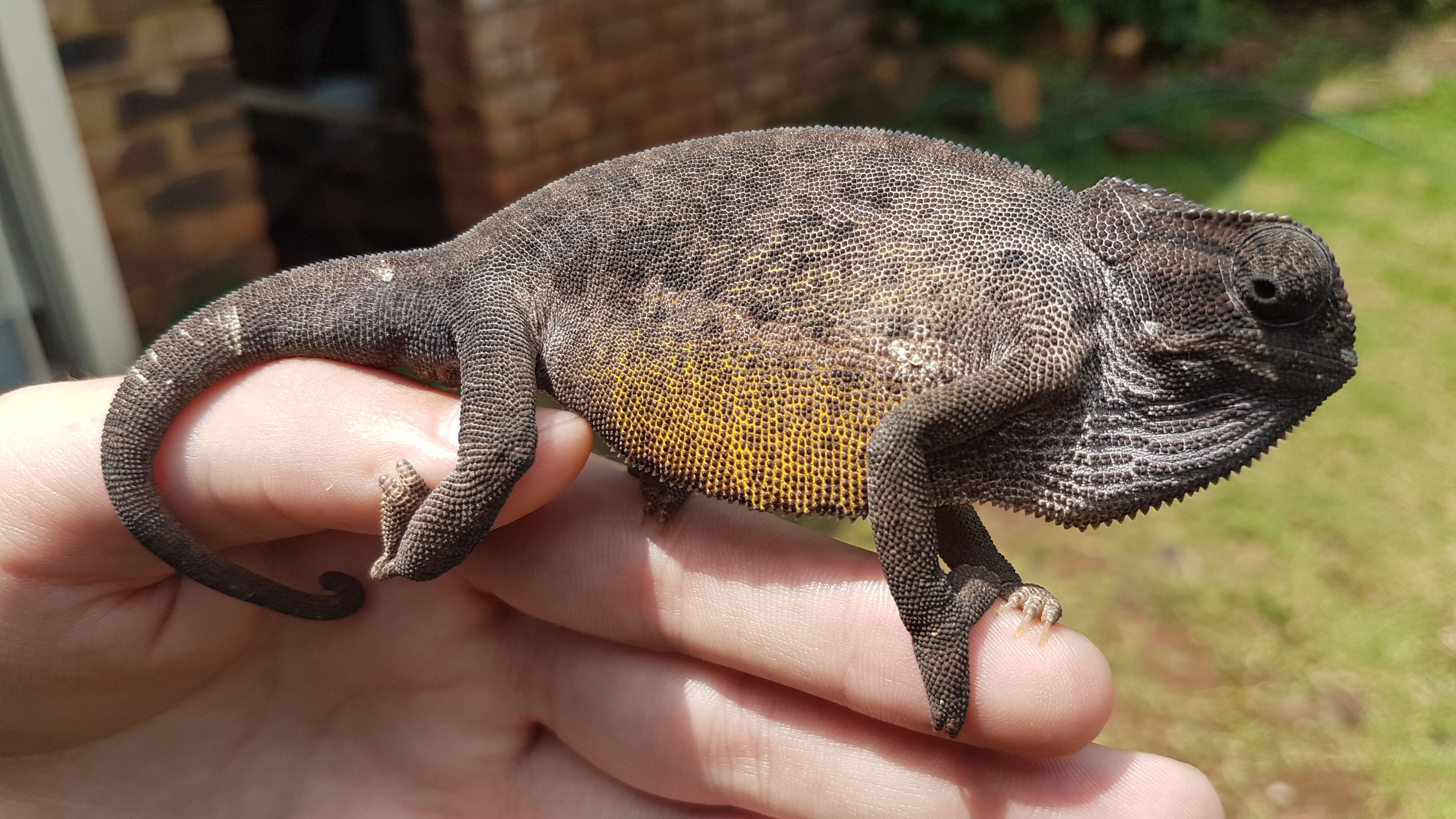 This little man, my dad spotted while driving to town from our farm, trying to cross the road. My dad immediately stopped to get him out of harm’s way and to take him to a safer place, but I begged him to keep it instead, which you can see he allowed. While on our way home, my brothers and I brainstormed for a name and they finally decided after a big debate that he looked like a “Steve”. The flap-necked chameleons are native to Africa and their name derives from the large movable flap on both sides of their necks. If they feel threatened this flap raise at a 90 degree angle. The males have a taller casque and a larger flap than the females. 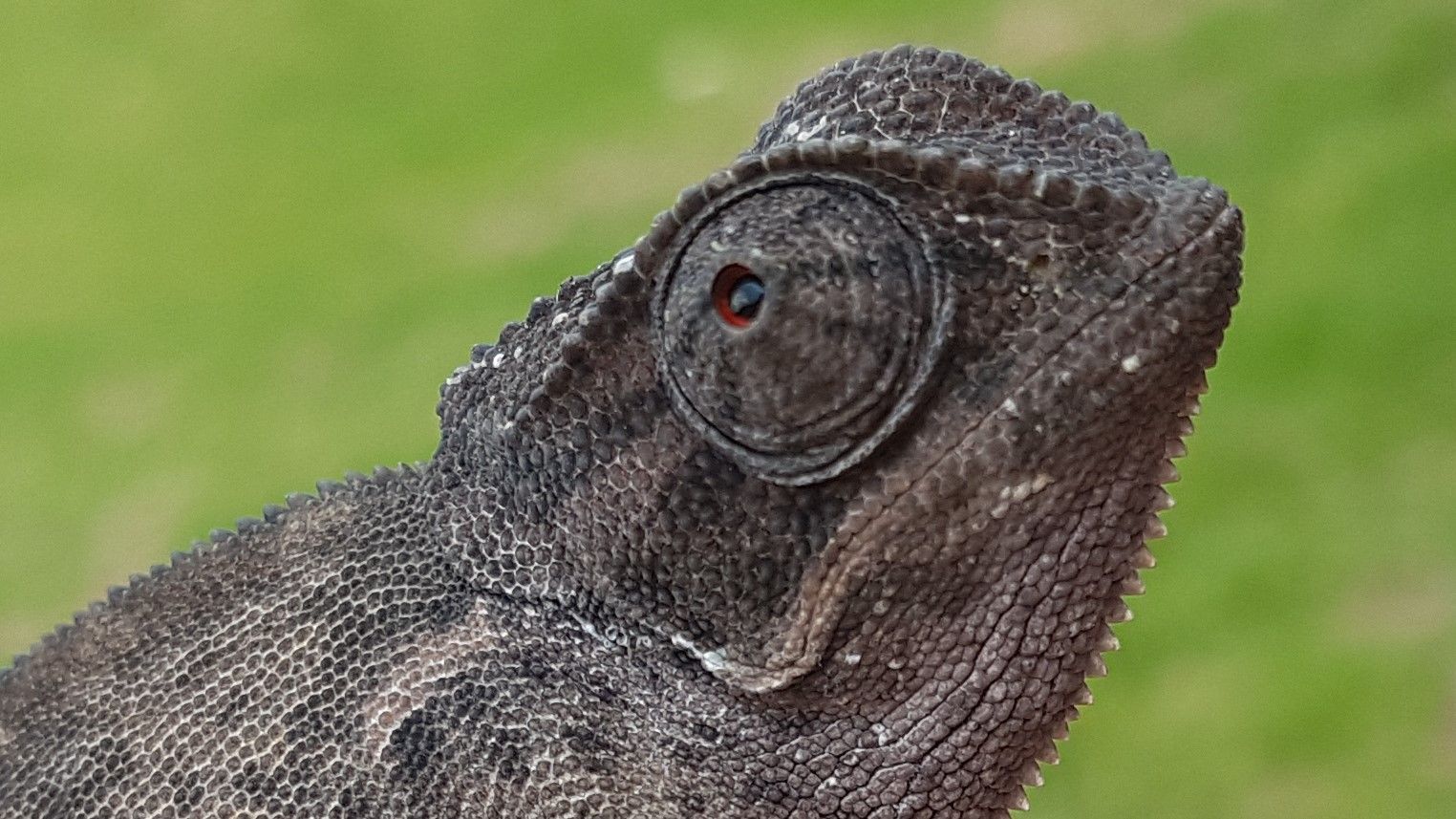 Their eyes are inside cone-shaped turrets, the eyes move independently which allows them to look in two different directions at the same time, this helps them a great deal when searching for prey. The chameleon’s body colouration is light green when they are relaxed with a white stripe extending across the flanks and darker green spots all over its body. When threatened they turn a dark brown and the spots turn a bright yellow or orange, they rock from side-to-side with raised neck flaps, and expand their throat pouch and body (main photo). Nice and clear photos and I like that you researched and provided information about the specie.

I grew up in East Africa (then was called Tanganyika) and chameleons were plentiful. My mother would let me keep them for a few weeks and then would insist I take them out into the bundu and set them free.

So, how are you going to find a lady for Steve? Just imagine having some baby chameleons (I do not remember ever seeing one - have you?)

btw - I have noticed you regularly vote for my posts and I thank you.

Great photos of your companion!

Chameleons are such cool creatures!

The only guy I knew named Steve was a real Chameleon. Bi polar that is

It is so cute ;) But I wonder if they have any danger or no for human?

I don't know why, but he does really look like a Steve. 😂 I'm laughing at the thought of this.

Anyway, glad that you kept him!

What an amazing post and pictures. Loved reading and watching it. Lucky you, you could keep it.

It's quite amusing... Here in Africa chameleons are too dangerous

That's such a heart warming story. Looove the meme😂I wonder how many men would let their lady do that to them

i really enjoy the pictures.. thanks 😀

Your pet is very cute, just that I would not have it because they scare me, well, the truth is that I am afraid of almost all animals :(

Sir, I noticed all your posts are so beautiful that I follow you so that I can learn something from you