Gardos tower, Saint Demetrius, Church of the Holy Virgin on this beautifull day

Hello my dear friends, today was really lovely and beautiful day in Belgrade, unlike the days before the temperature was 22 degrees. So I took my camera and go to Gardos and Zemun's quay (zemunski kej) to take a few pictures. I wasn't alone, whole Zemun's quay was full with tourists. View from my terrace. 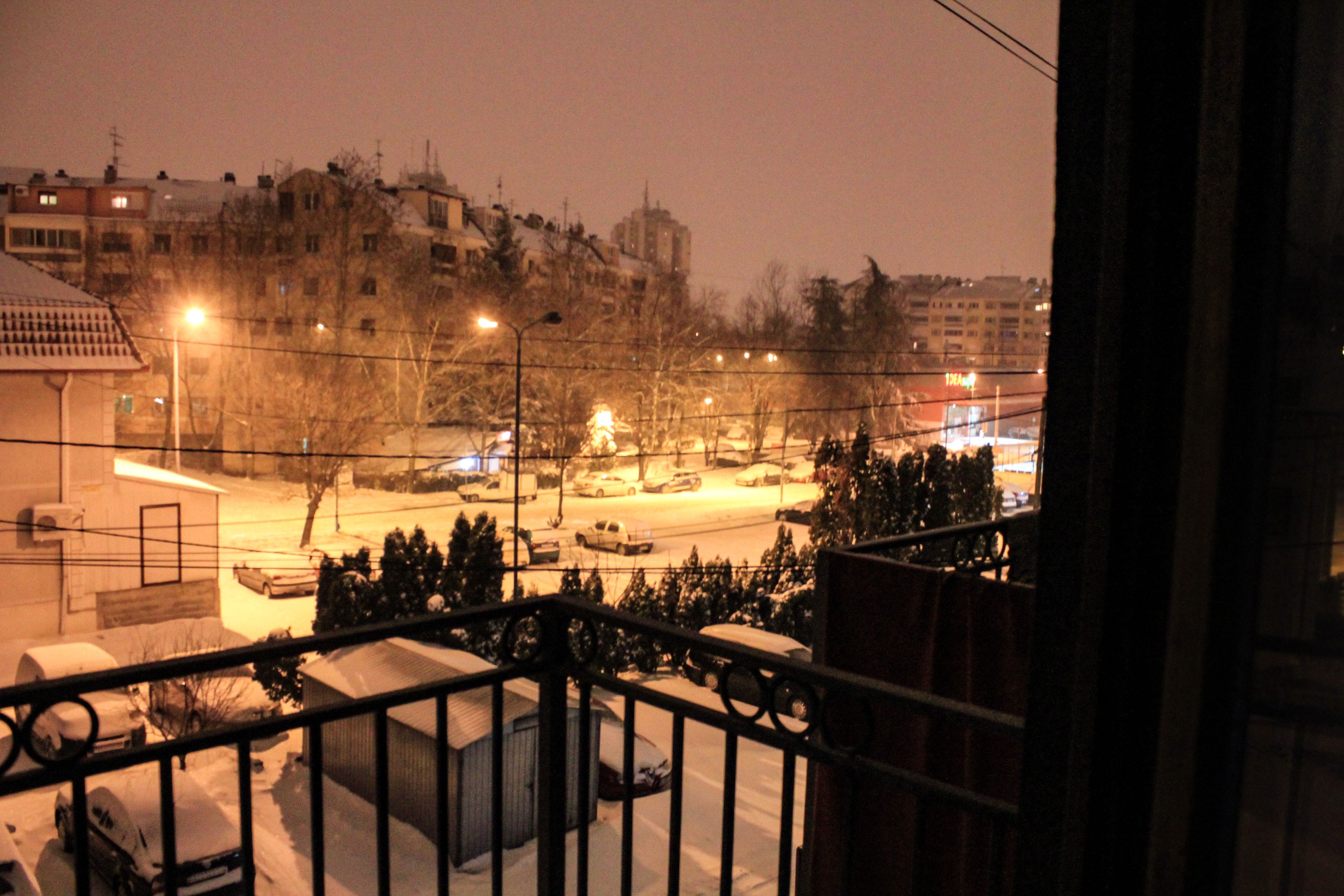 View from my terrace just few days ago. It was built in neo-Byzantine style between 1874 and 1878, dedicated to St. Demetrius. The chapel was built by the trader from Zemun Gregory Hariš at the request of his wife Mary, who is still considered its founder. Haris chapel is a significant artistic and architectural memorial testimony of Zemun and Zemun families at the end of the last century. 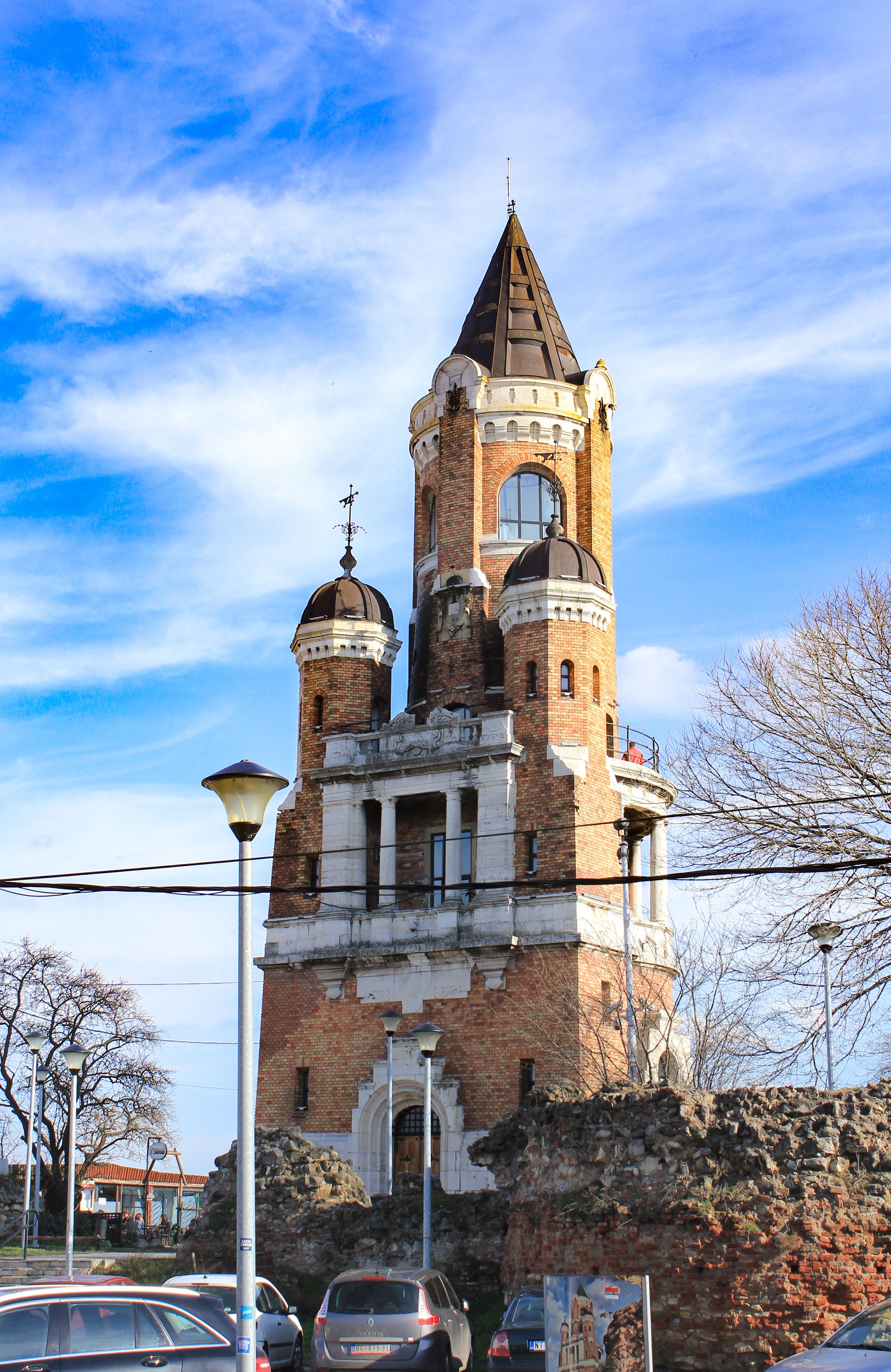 Gardos tower, also famous as the Sibinjanin Janko’s Tower or “Millennium Tower” Gardoš is the major historical landmark of Zemun and I recommend you to visit it if you can. Gardos tower was built to glorify a thousand years of Hungarian settlement in the Pannonia plain. The tower was projected by the Hungarian architects as a combination of various styles, mostly influenced by the Roman elements. The tower is 36m (118 ft) tall and, it was used by Zemun's firemen for a long time. It was finished on 5 August 1896 and officially opened 15 days after. The tower was severely damaged in 1914 during the Serbian-Austrian fighting in the World Waw I, but was soon renovated.

In the (literally) shadow of gardos tower is the Fat Cat Pub. 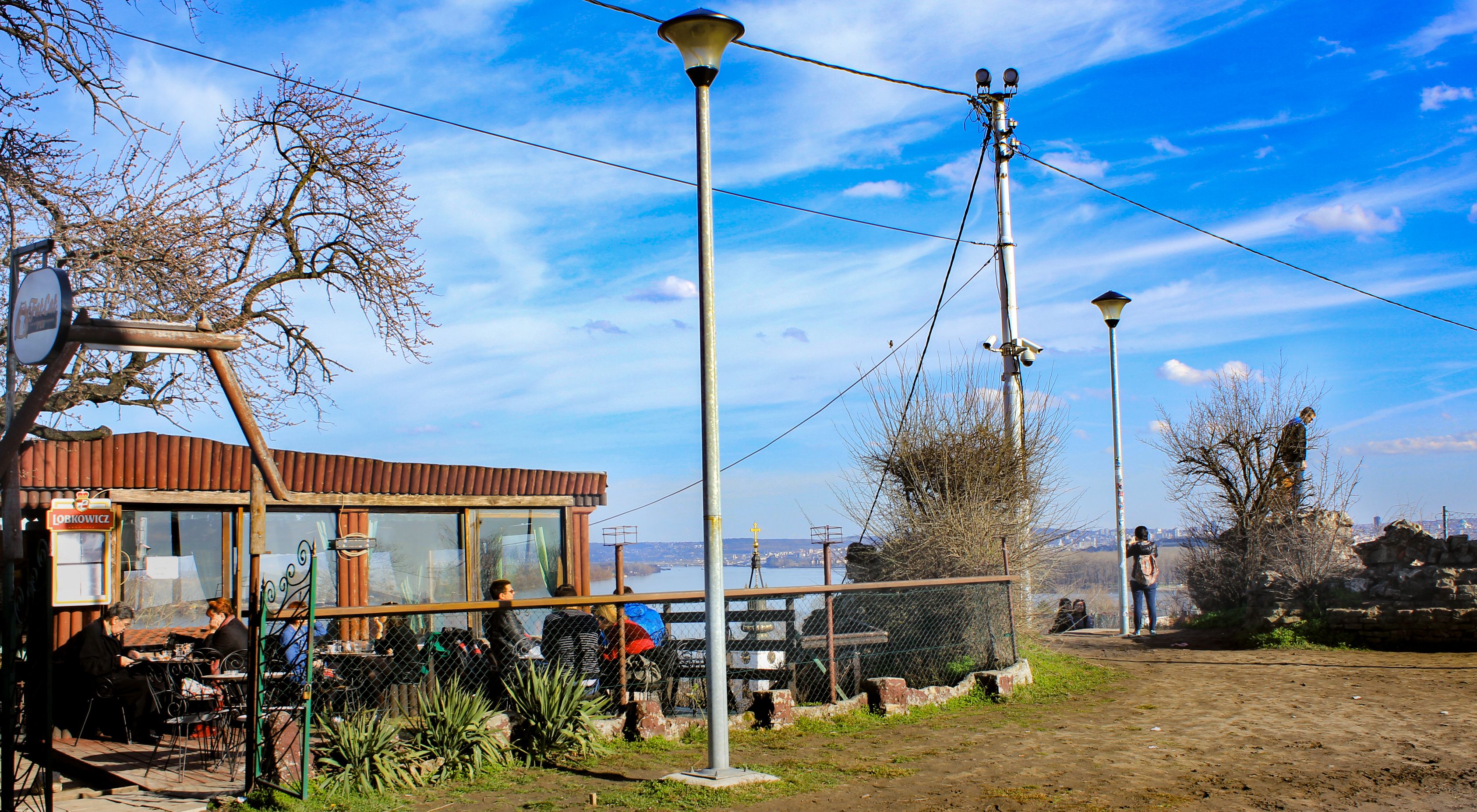 With the most beautifull panorama view at Belgrade and Dunav river.

Down the road or should i say cobblestone there is a bar called "Tri kuma debela" for all lovers of ethno spirit and quality songs will undoubtedly find their corner to enjoy. 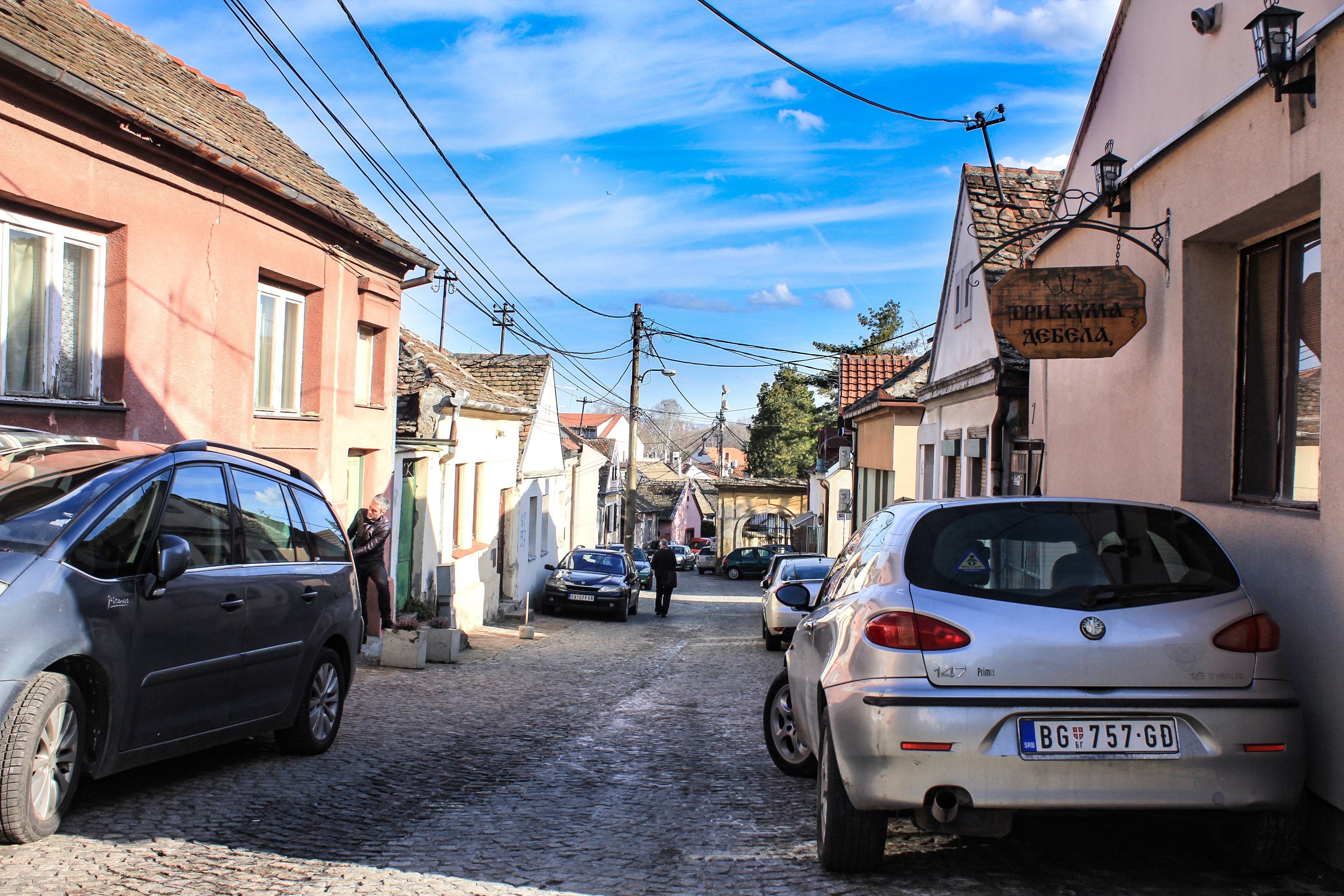 This sign on right say that in this temple Joakim Vujic (father of Serbian theater) was working from 1807-1809 as a school teacher. 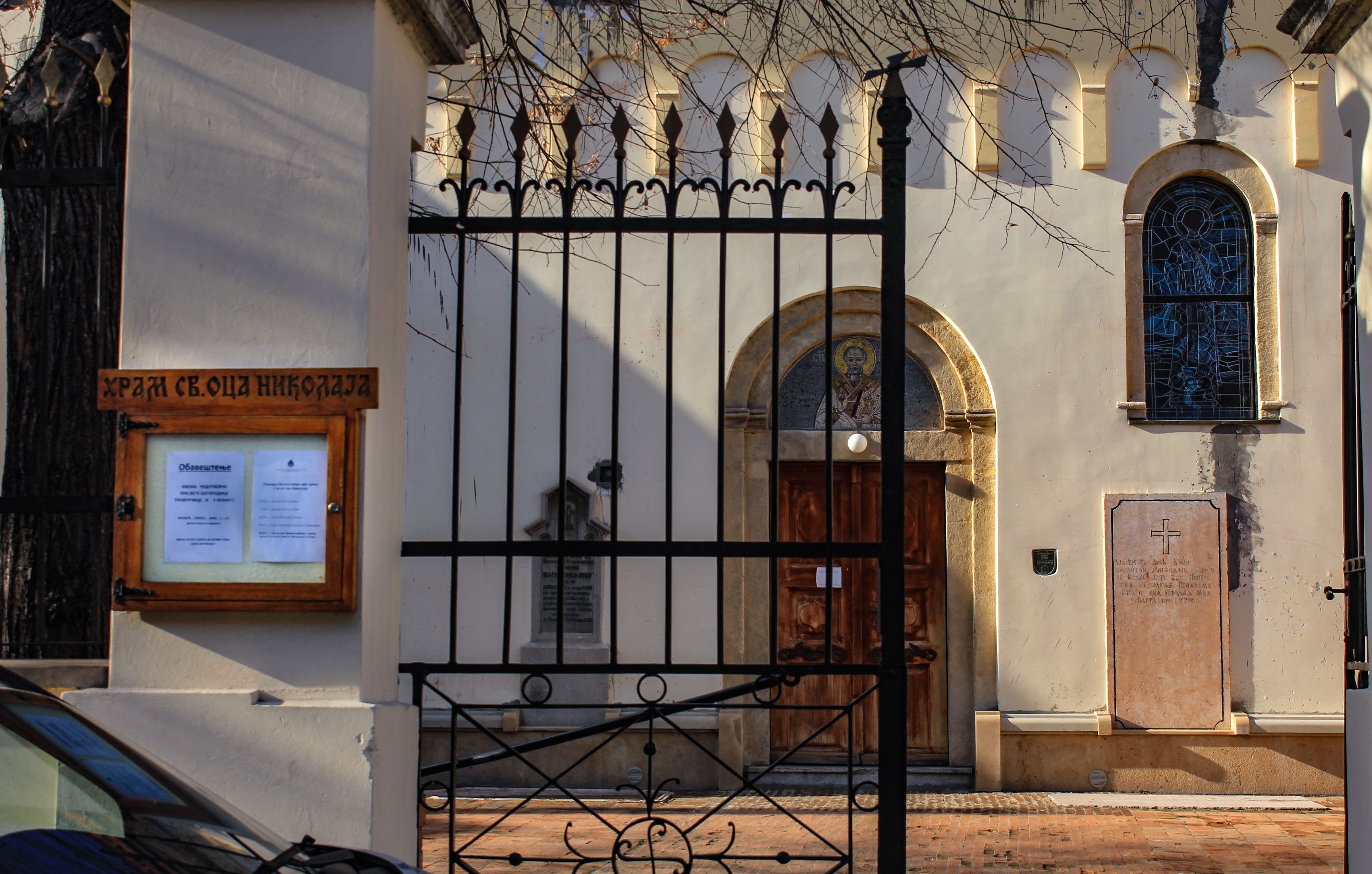 After the expulsion of the Turks from Zemun (1717), in 1731, a modest church dedicated to the Holy Father Nikolai was built, while the Serbian Orthodox Church of the city of Zemun was founded next year. It was built in a baroque style, as a one-nave building with a two-sided bell tower. The church has all the typical features of the Baroque temples built in Srem in the 18th century. The interior of the church is decorated with richly carved iconostasis, with icons painted in 1762 by Dimitrije Bacevic, one of the most famous Serbian painters from the second half of the 18th century. 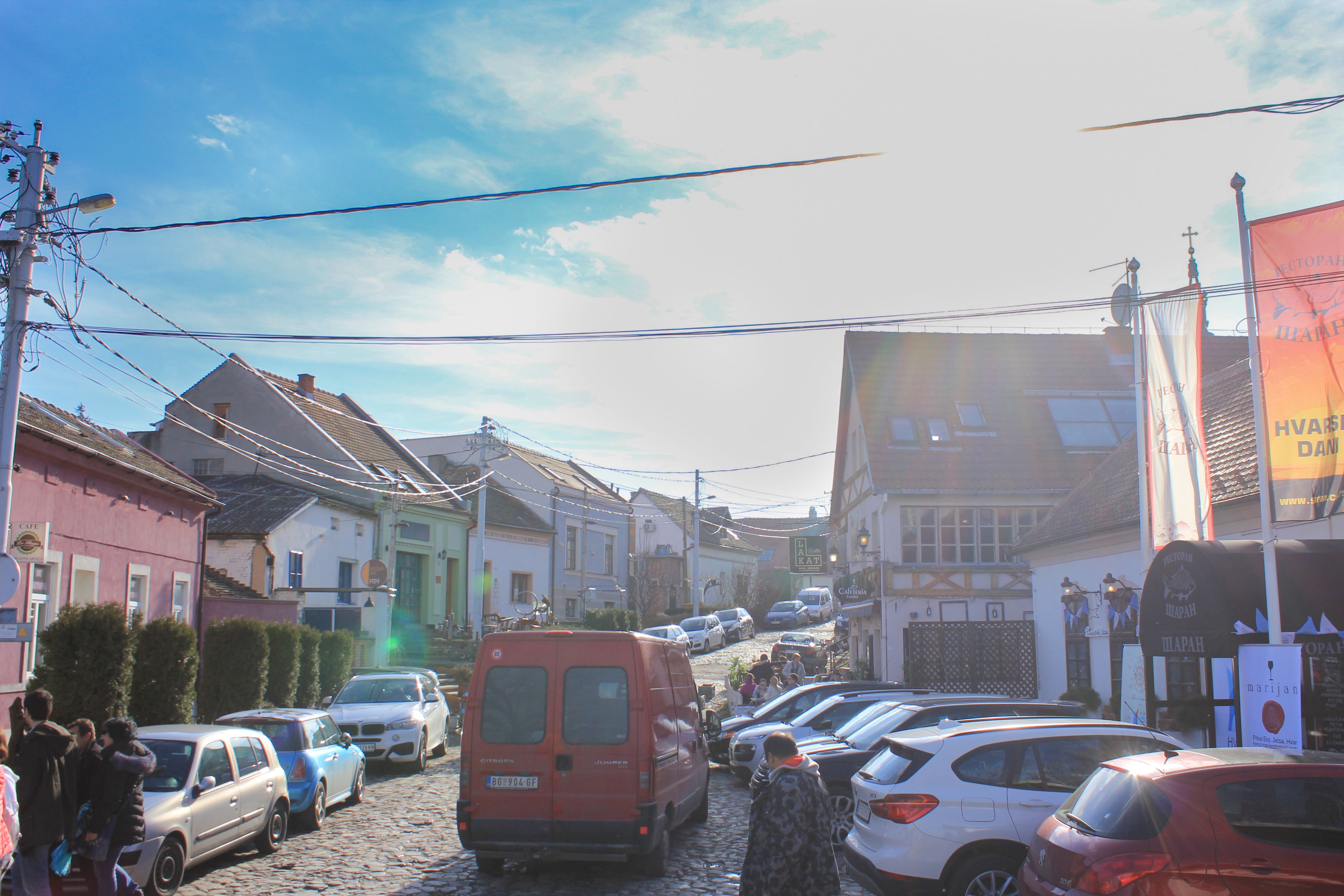 All bars and restaurants on Zemun's quay was full on this beautiful day. Zemun Quay is located on the right bank of the Dunav. The promenade bearing the official name "Kej Oslobođenja" (Quay of Liberation) starts under the hill and settlement Gardoš and reaches to the municipality of Novi Beograd. 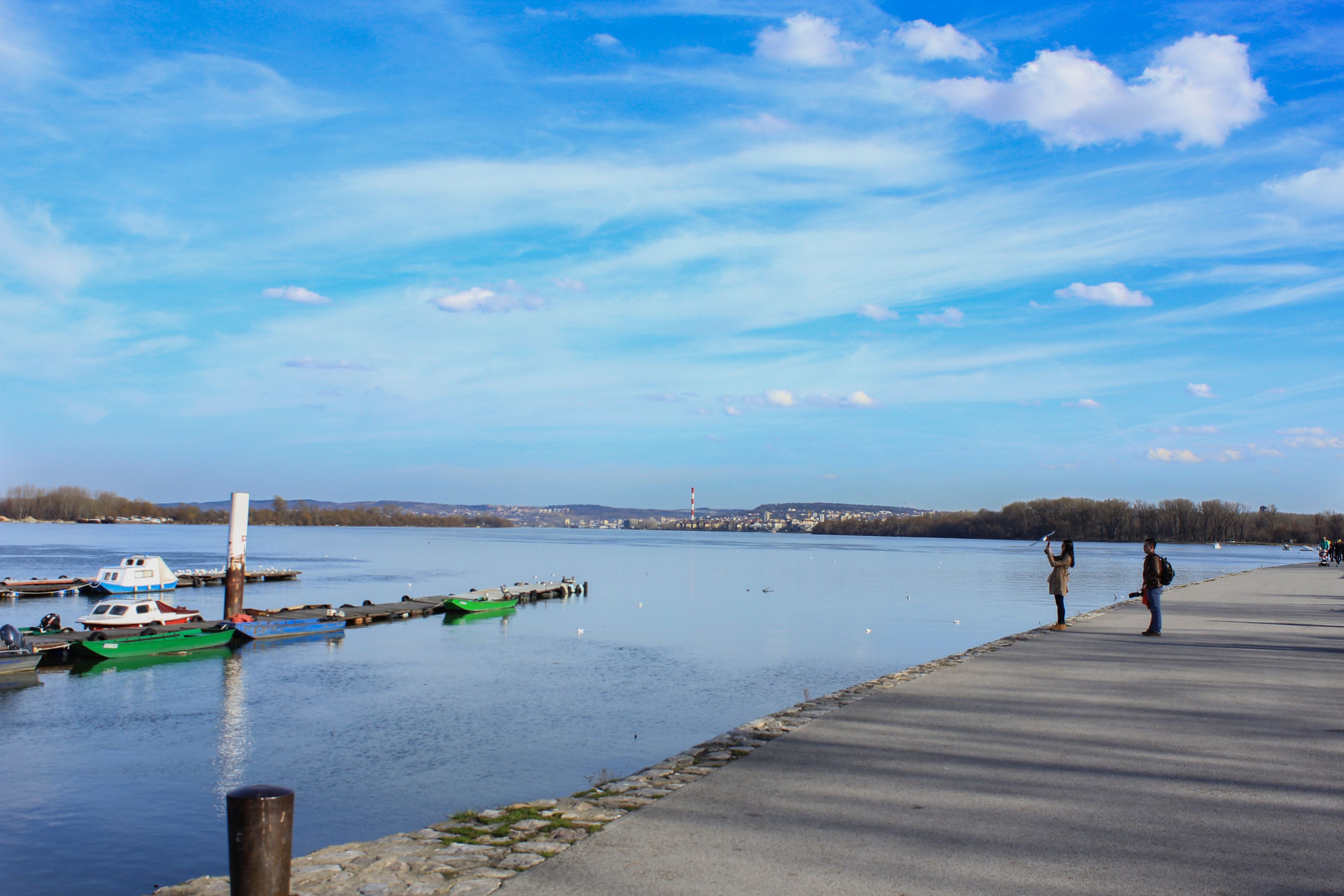 Zemunski Kej is the main Zemun's landing area for numerous kinds of boats. Also, as the bank follows the line of the Great War Island, it is the beginning point of the bridge which seasonally connects the war island with the mainland. Definitely a place to visit while you are here, wonderful place for taking pictures. 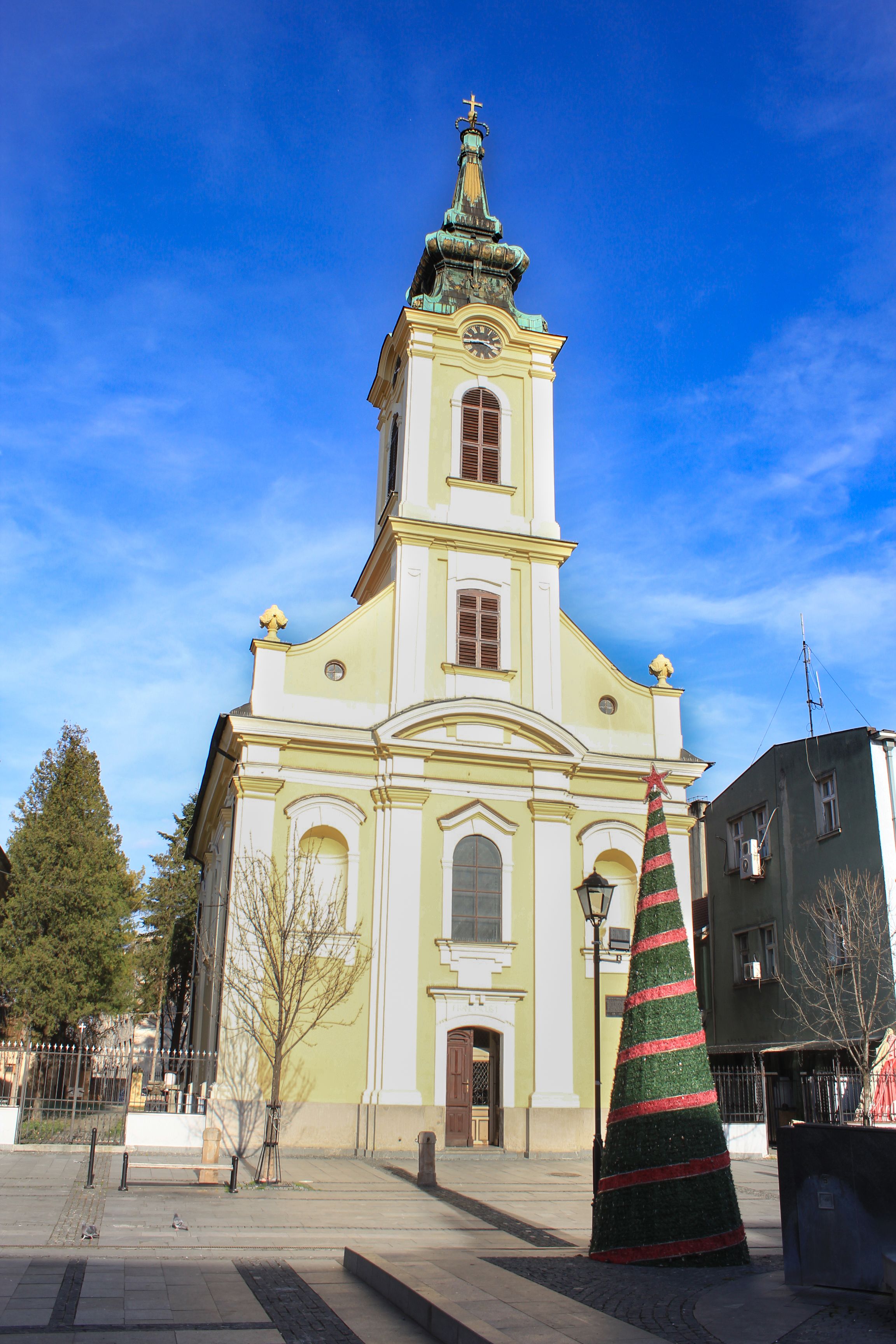 Church of the Holy Virgin

Church of the Holy Virgin is a Orthodox Church church located on Rajačićeva Street in the center of Zemun. Construction has begun in 1785 and lasted for a full decade and the church was opened in 1795, and it was recorded that in 1811 the tower was not completely finished. The church is facing east and not west as it is common for Roman Catholic churches. 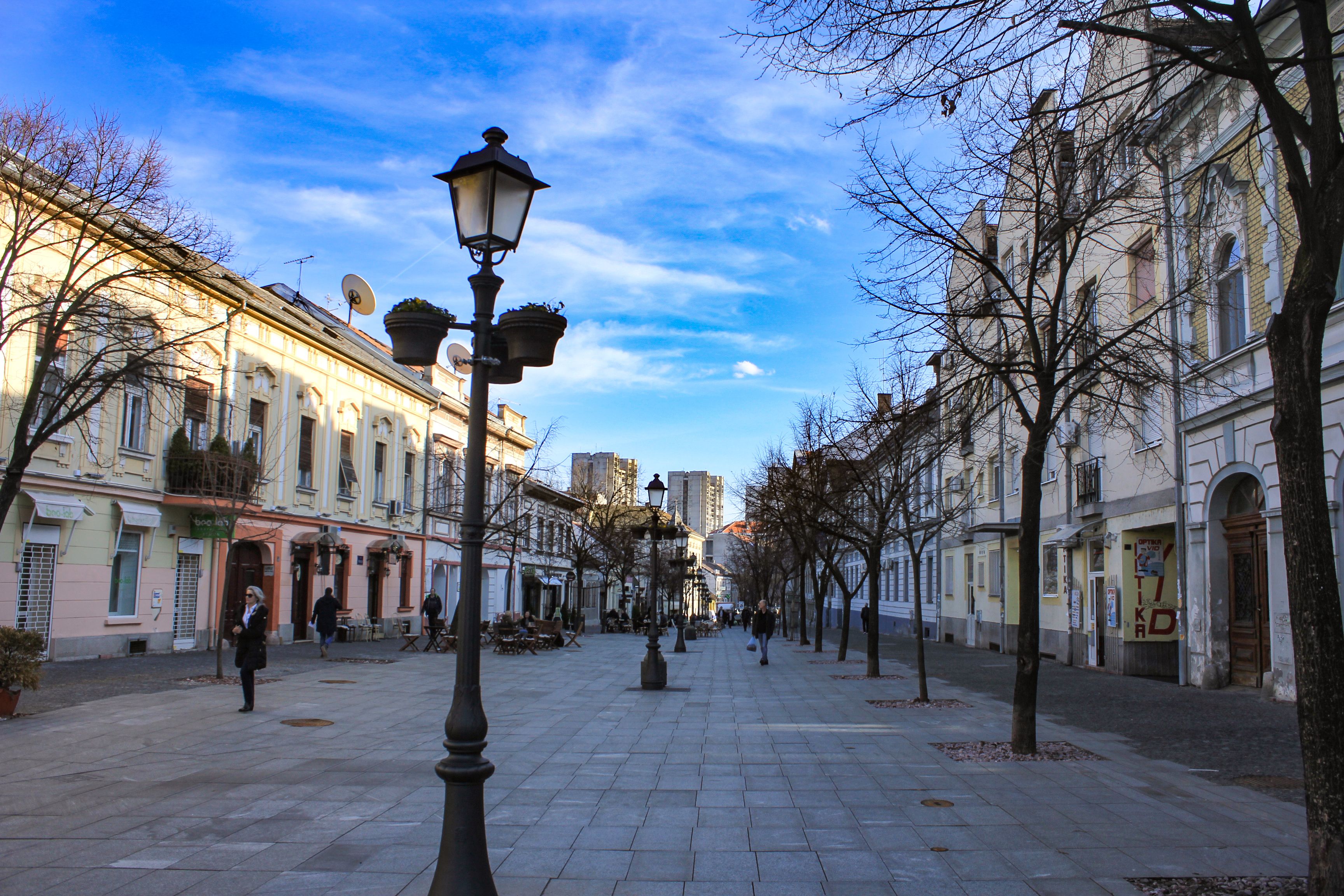 A man plays guitar on promenade.