I've been meaning to put out some content, and now that I not only have a new phone (and have it almost fully switched over from my old phone, that's almost worth a post in and of itself) but a new tablet, I'm looking forward to it.

So, today, I'd like to share some pictures I've taken.
As a truck driver, I've been through some interesting areas of the Metro-Detroit Area.
And as you'll see, some areas of Detroit really are quite literally something out of a modern day dystopian setting.
Some people may ask "why is Detroit like that?" or "how did it get that way?". Unfortunately not exactly an easy question to answer. What is obvious though, is some areas are in a complete state of disrepair and neglect.
Many houses are either abandoned, dilapidated, or burnt down.
Devil's Night in Detroit is a popular time to set houses on fire.
So much so, that the DFD even sells Devil's Night graphic t-shirts.
On a postive note however, in several areas, I have noticed community gardens springing up, which is quite encouraging.
Also trees being planted in a few vacant lots as well.
So it's not 100% doom and gloom for Detroit. 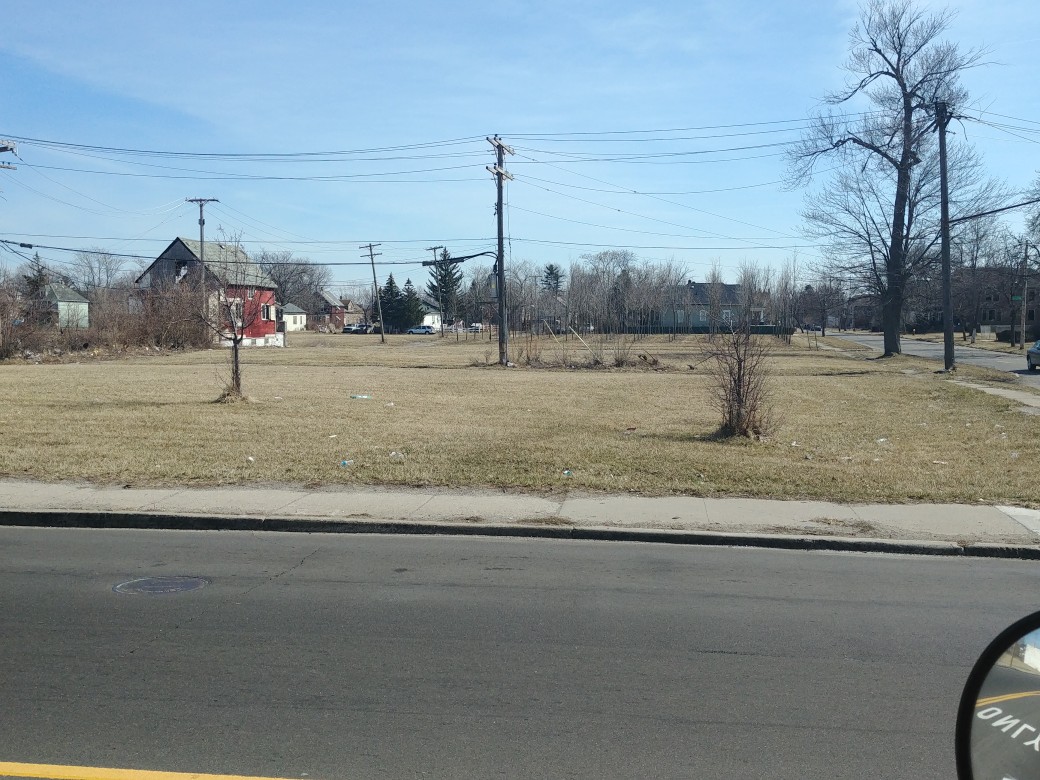 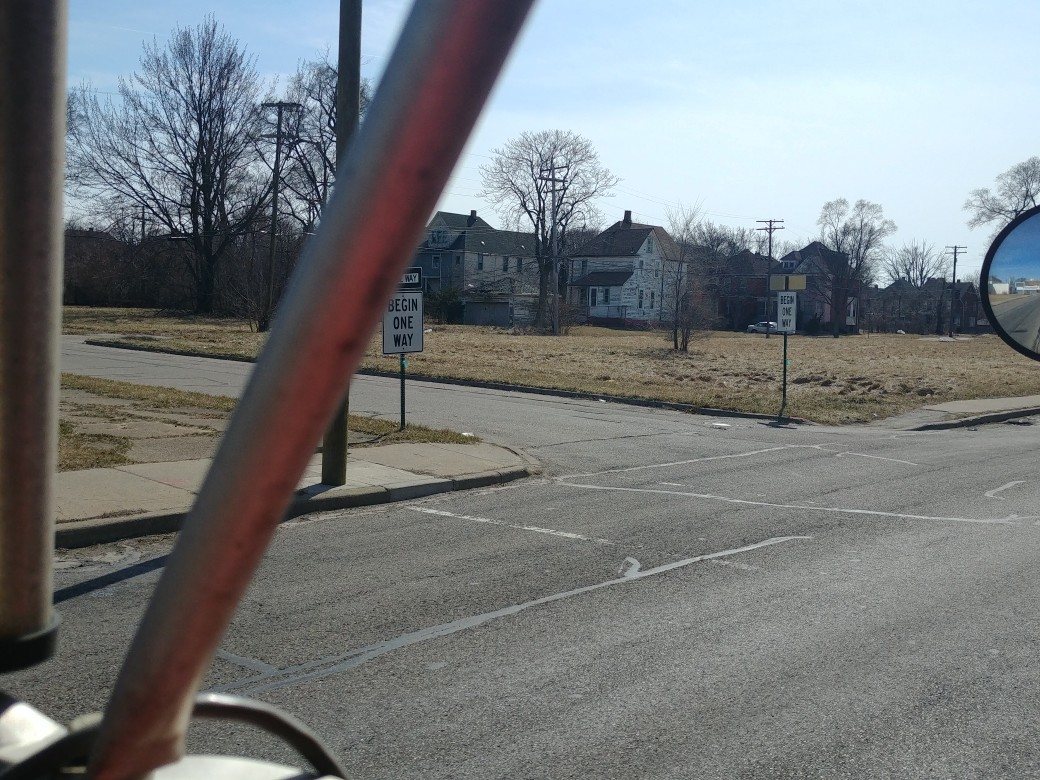 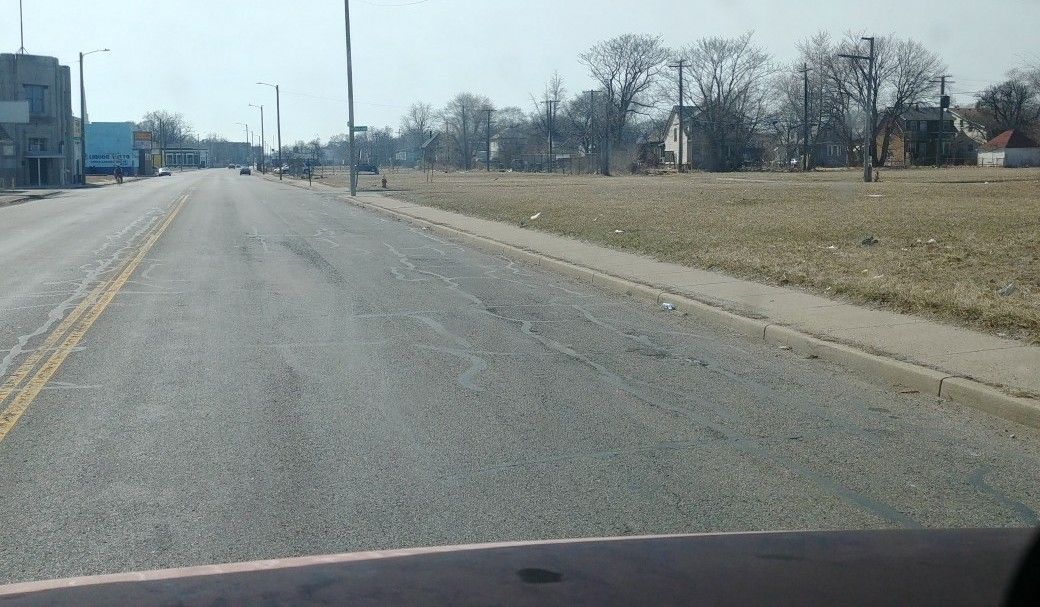 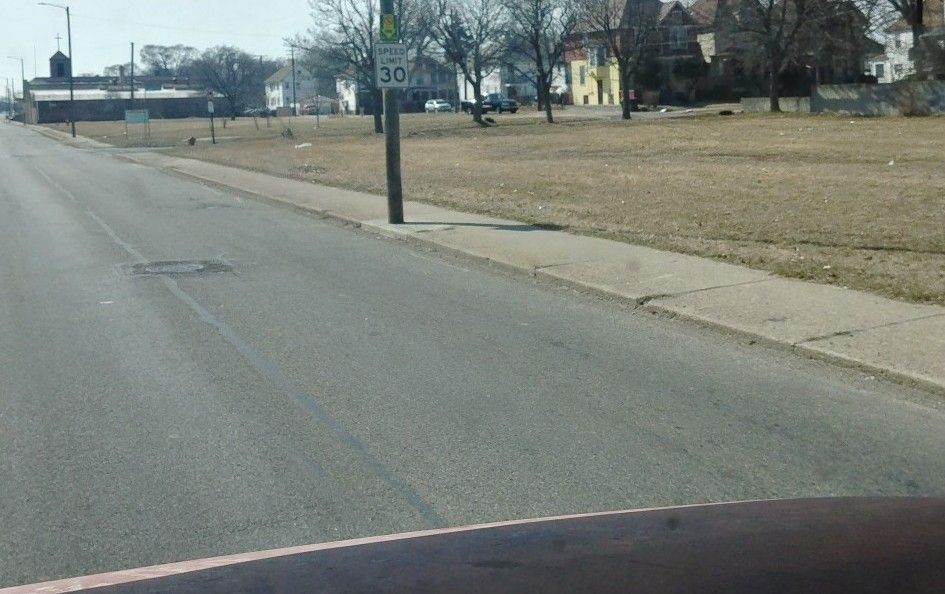 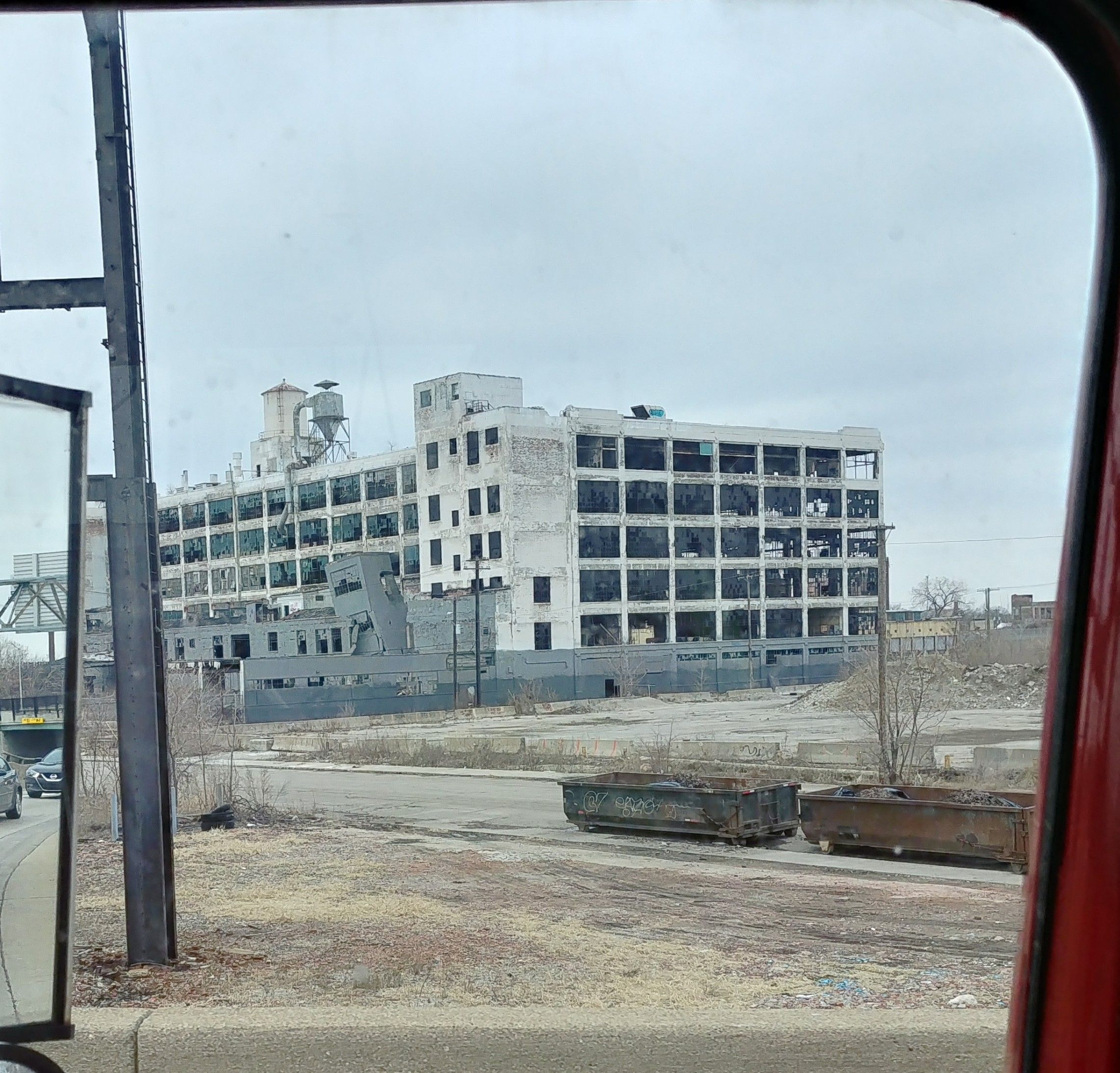 Good to see someone posting about real life.
Wonder how long it'll be before it gets back on its feet...... A project for Trump!

It's starting to go that way. There's a section of Detroit that's been gentrified, in which the real estate prices are pretty high.

Motown looks like one giant ghetto! What a shame.

Parts of it certainly are.

You know why those areas stay ruined? Property taxes. Lot of those abandoned places have huge back-taxes bills - and the city of Detroit will not admit that it's not likely to collect on them. Also, it won't issue a building permit unless the back taxes are paid up. In full.

For these reasons, a "$1 house" will cost in the low six figures before the reno.

I don't know what the status is for a former house turned garden. Those gardens may have begun as property-tax dodges; I don't know.

Detroit is a classic study on what makes ostensibly cheap real estate a "value trap":

Such a shame. BUT a great opportunity also if someone would make the bold first step and invest in that city.

Congratulations! This post has been upvoted from the communal account, @minnowsupport, by INNATRUCK from the Minnow Support Project. It's a witness project run by aggroed, ausbitbank, teamsteem, theprophet0, someguy123, neoxian, followbtcnews, and netuoso. The goal is to help Steemit grow by supporting Minnows. Please find us at the Peace, Abundance, and Liberty Network (PALnet) Discord Channel. It's a completely public and open space to all members of the Steemit community who voluntarily choose to be there.

I grew up north of Detroit- in Warren; and seeing these images are saddening.

All the desolation, vacant lots, burnt up and abandoned buildings are moving north now too. South Warren is almost as bad now.

I live much further north now and quite rural, but seeing these images are heart-breaking.