The coolest cars in the world! - Impressive and Beautiful machines - #1 - YOU GOTTA CHECK THIS OUT!!!

marcohernandez98 (39)in #photography • 4 years ago 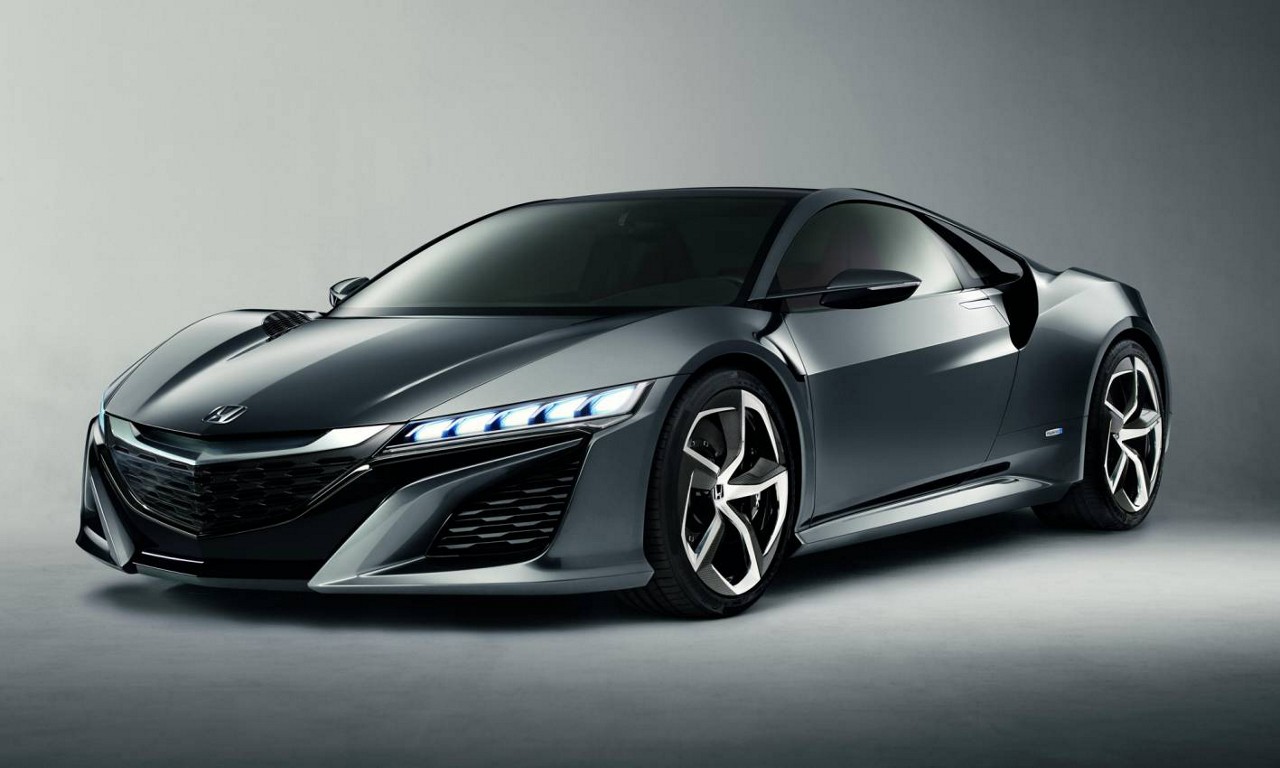 We have a Hybrid with 4 engines. The 75 degree V6 is mounted behind the cab, the more open angle gives it a lower center of gravity. Its displacement is 3.5 liters and its aspiration is assisted by two turbos. On its own, the engine produces 500 hp and 406 foot-pounds of torque. Between the MCE and the transmission is an electric motor that assists the rear with 47 hp and 100 lb / ft of torque. After this, the box of nine gears and double clutch, developed in each by the brand.

On the front axle are two independent electric motors that produce 36 hp and 56 lb / ft and that give or take power to their side depending on the needs of the car. In total the system produces 573 hp and Acura estimates that the NSX is capable of reaching a maximum speed of 307 km / h although the acceleration figures have not been revealed.

If we consider all the technology that equips the NSX, we can say that its weight of 1,725 ​​kg is somewhat lightweight, also taking into account that the body is made of aluminum and not carbon fiber. Still the weight of the car is high, but if we see the performance of the 918 Spyder, we can say that this is not a decisive factor (although the NSX lacks direction on all four wheels).

The dynamic system of the NSX integrates all the dynamic systems of the chassis and the powertrain (brakes, steering, accelerator, stability control, magneto-magnetic dampers, engine, transmission, and the Sport Hybrid SH-AWD system). This is the Audi RSQ, a movie car, since it was built exclusively for the movie 'I, Robot', directed by Alex Proyas and starring Will Smith, an actor who had the privilege of driving it.

The RSQ is an authentic vehicle. Whichever way you look at it, no one can argue that it is the latest creation of Audi. "The objective was to merge the three key concepts of our firm, such as high quality, sportsmanship and a progressive aesthetic that situates the concept of the avant-garde", underlines Julian Hönig. Of course, the German brand has reached its goal, because its concept car is perfectly recognizable. But, just in case, the trapezoidal grille located on the front clears any doubt: it's an Audi. Under the RSQ hides an interesting coupe of 2 seats, with very marked reliefs and pleasant surprises. The first one, its laminated glass fiber covering covered with silver paint. This confection produces the curious effect of change in the color tone of the car, according to the type of light that affects it. That yes, darkening it strategically to cause a contrast that highlights the figure of the driver, in this case a hero. 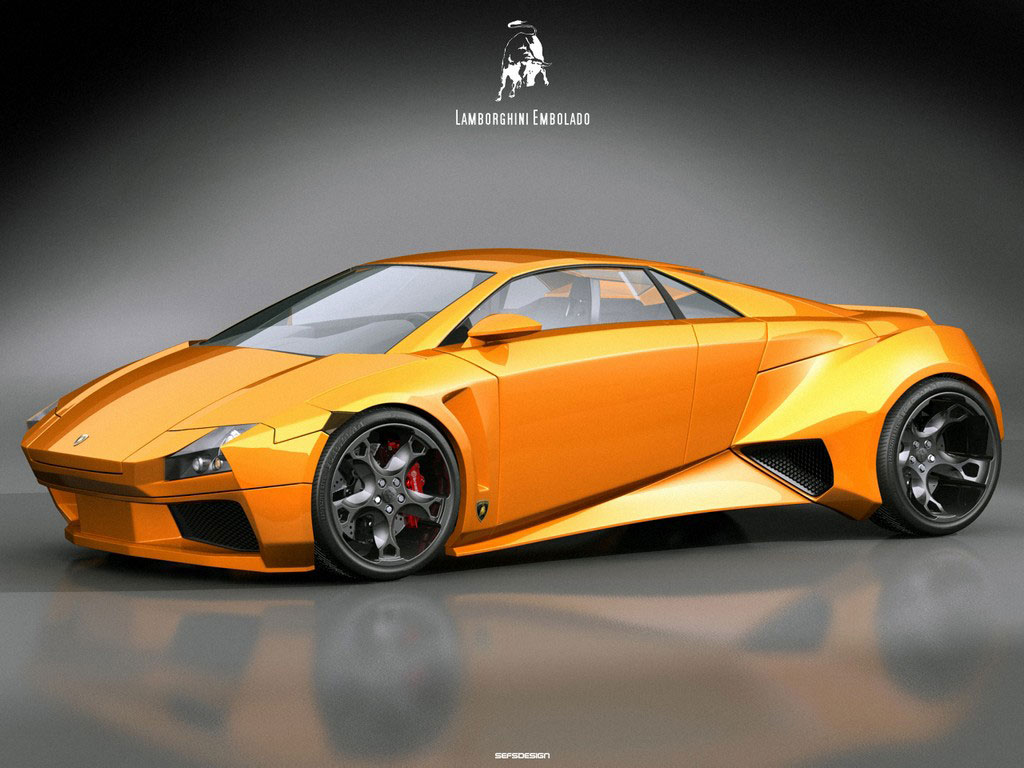 A student of Industrial Design at the University of Parma (Italy) has made an excellent design of a possible small sports car for Lamborghini. The name of the model is Embolado, as it is also called the Spanish bullfighting party in which the horns of the bulls are set on fire. Personally I find it quite suggestive.

With its gray tone it describes some quite traditional lines with respect to the Italian brand, although parts like the lateral ones contribute a different aesthetic. The size of the Embossing is approximately the same as that of the Gallardo and in the images it is shown in the base version and in the Superleggera version The Bugatti Veyron 16.4 Super Sport is a hyper sports car manufactured by Bugatti Automobiles SAS of the Volkswagen Group from 2010 to 2015, it was built with the purpose of surpassing the SSC Ultimate Aero. This version is considered as the last to be put into production. It is a variant of the Bugatti Veyron EB 16.4 also known as Bugatti Veyron

The Buggati Veyron is perhaps one of the most expensive and powerful jewels on the asphalt. 1.3 million dollars is the price of this beast of the road, with 1200 horsepower and a maximum speed of 430.9 kilometers per hour. Only with what cost the 14 bolts that hold the two main sections of this sports car you could tune your car with the basic spare parts for cars, and this machine is designed to run and to show. 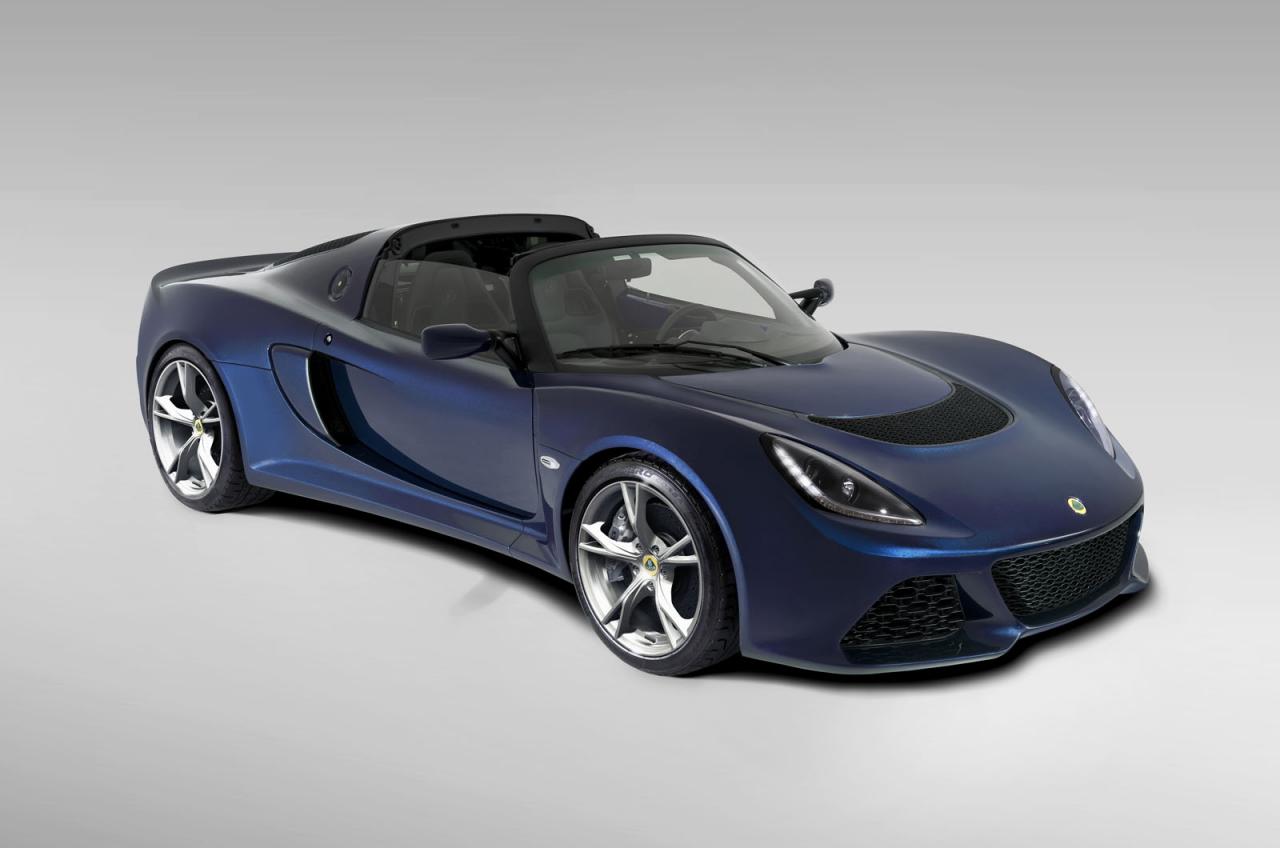 Indeed, the Lotus Exige S Roadster has a practical removable canvas roof to allow outdoor driving. This solution has been chosen as it is much less weight than a removable metal roof. Aesthetically, it is very similar to the Lotus Exige S presented a few months ago, with a front air intake larger than in the conventional Exige and a striking rear diffuser that integrates a large central exhaust outlet. From the interior we do not have images at the moment, but Lotus will offer two possibilities: one similar to that of the other Exige and another much more spartan designed to save extra kilograms.

In the central position we find a 3.5 V6 engine with an overload shared with the Exige S itself and the Lotus Evora S. Manufactured by Toyota, it delivers a power of 350 HP and a torque of 400 Nm. The transmission can be a six-speed manual or a robotic manual called Serial Precision Shift with programs to drive quietly through the city or to use it intensively in a circuit. Optionally, the Race pack will be offered, which in turn offers us a more radical suspension and its own electronic program that includes Launch Control.

It is not yet known when the first units of the Lotus Exige S Roadster will reach the market, but the brand has already anticipated that it will only be marketed in Asia and Europe. Saleen is a brand of supercars from California that in 2002 managed with its S7 model to be the first car with more than 500 HP with government authorization to travel through the United States. In 2004, Saleen developed a new version S7 Twin Turbo, of which two units have been produced for approval and high performance tests.
It is equipped with a V8 engine of 7.0 l and 750 hp. Valve seats, crankshaft elbows, connecting rods and exhaust are made of titanium; the block and the cylinder head are made of aluminum. The cost of the engine exceeds 200,000 dollars, and the car costs 550000 dollars.

It has a pressurized water pump system, which does not require mechanical power from the engine to operate; The injectors offer an average pressure of 52 pounds and the two Garret turbochargers disposed at the intake inlet are capable of handling pressures above 5.5 pounds.

The body is made entirely of carbon fiber, and is attached to an independent chassis of extruded aluminum tubes; the anchors of panels and chassis were made with rivets fused to heat and subjected to laser beam tests.

I just Love all this cars and in my next post I will continue with other amazing cars, definetly beautiful machines so keep watching, and give me some upvotes, thanks !!!

Nice post
Hope to ear enough SBD to buy one of this car.
:)