mladenpaunovic (51)in #photography • 4 years ago

Hello people, today I prepared a very interesting post you wont regret if you read :)
There is lot of interesting facts about everything but today I will present you 5 of them about photography that impresed me when I read them first time,so lets start :D

1.Cameras on the Moon

Back in the 1969. NASA had a mission to go to the moon and back. Neil Armstrong was the man of choice for NASA and with him were Buzz Aldrin and Michael Collins too. Also NASA choosed Hasselblad to send their cameras to record mission and photograph moon surface. They were specialy made to work in space. To allow for 25kg of lunar rock samples to get to our planet they needed to leave something there so they left cameras. They brought only the film magazines.

2.The most viewed photograph in history

If you have never seen this photo you are probably living under a rock or on desert island. I am talking about Bliss, Windows XP default wallpaper. Bliss was taken in 1996. {years before Windows XP was launched(2001)} in Sonoma County, California by an American photographer Charles O’Rear. He snapped the picture on film with a medium-format camera. Although many claim that the photo was digitally manipulated, O’Rear claims it never was. Right now the landscape looks different – grapevines were planted on the hill so now Bliss is impossible to duplicate. 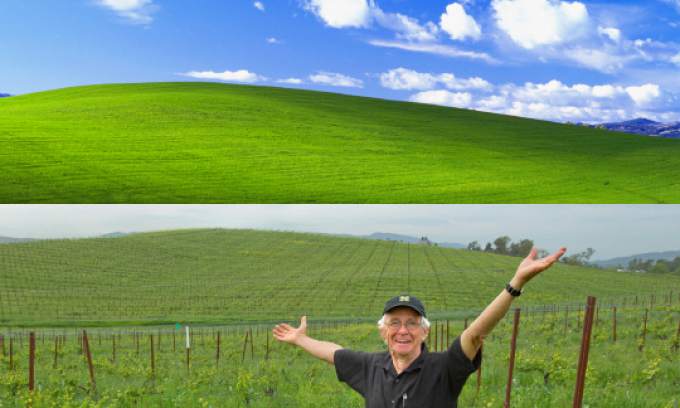 Bliss as wallpaper and Bliss today with Charles O’Rear

The oldest photograph that still exists, was created in 1826-27 by Joseph Niepce. He used a polished pewter sheet, which he rendered light sensitive by applying a thin coat of bitumen. This is a naturally produced petroleum tar, which he dissolved in lavender oil, applied on the pewter surface and left it to dry. After exposure in the camera for around 8 hours, the bitumen got hardened. As the unhardened portions were not removed using a solvent, a positive image was left. To actually see the plain image, one had to lit the plate and view it in such a manner that the bitumen looked light and metal looked dark. Later, he refined this process, after which the image viewing became easier and the exposure times were significantly reduced.The image was actually lost for nearly 50 years before historians rediscovered it. Russell A. Kirsch developed a digital version of a wire photo drum scanner to transfer an existing image on a digital computer memory. The first photograph he scanned was that of his own son, with a resolution of only 176 x 176 pixels. It was completely black and white without any colors or gray tones. Later, a combination of multiple scans was used to acquire grayscale imagery to some degree. 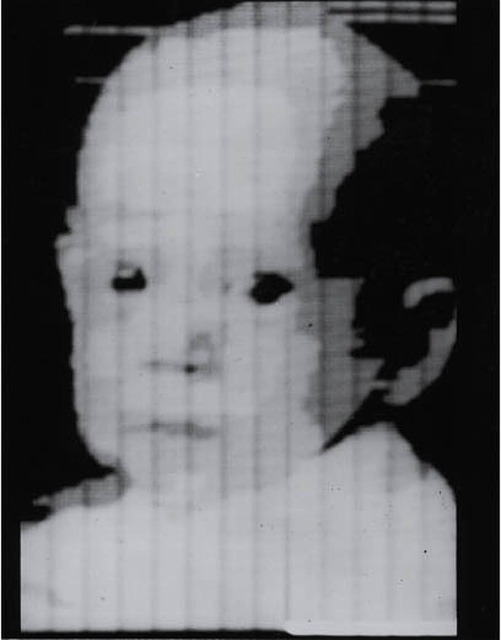 The first ever colored photograph was taken in 1861 by a popular physicist from Scotland, named James Clerk Maxwell. He was already famous for his contributions in electromagnetism, and he used this photograph in one of his lectures. It was a set of 3 black and white photographs captured through red, green and blue color filters. Because it was quite imperfect and unimpressive, it soon was forgotten. Later, Charles Cros and Louis Ducos du Hauron made viewing of photographs possible without projecting them. They even used this method to create full color paper prints. I hope you enjoyed reading this post and that you have learned something. Dont forget to leave an upvote and follow as it would be much appreciated.
#art #photo #life #steemit
4 years ago in #photography by mladenpaunovic (51)
$0.16
Reply 4