Does anyone know what this rock pattern is called? We don't think of rocks as bendable, but here it is and the only geology I know is from grade school. I have a theory about it influenced by Devils Postpile up in Mammoth, CA. Imagine lava, or molten magma is pushed up from the surface while still molten hot. If pushed high enough it could get top heavy and fall over onto itself forming a loop. But in that case the rock would be igneous rock. What's interesting about my pictures is the rock appears to be a flaky kind of sedimentary rock. How does that bend? It should just crumble, no? One of the informative signs in the park (White Point / Royal Palms in San Pedro, CA) refers to it as altamira shale for what it's worth. How many people pass by this without even noticing? The only reason I noticed it is because some buddies and I traveled through Death Valley in a Jeep 4x4 back in college. One buddy was a geologist and stopped the car to take a picture of just such a formation. That was years ago. If I hadn't taken that pic for my buddy I would probably not have noticed this feature in San Pedro myself!! 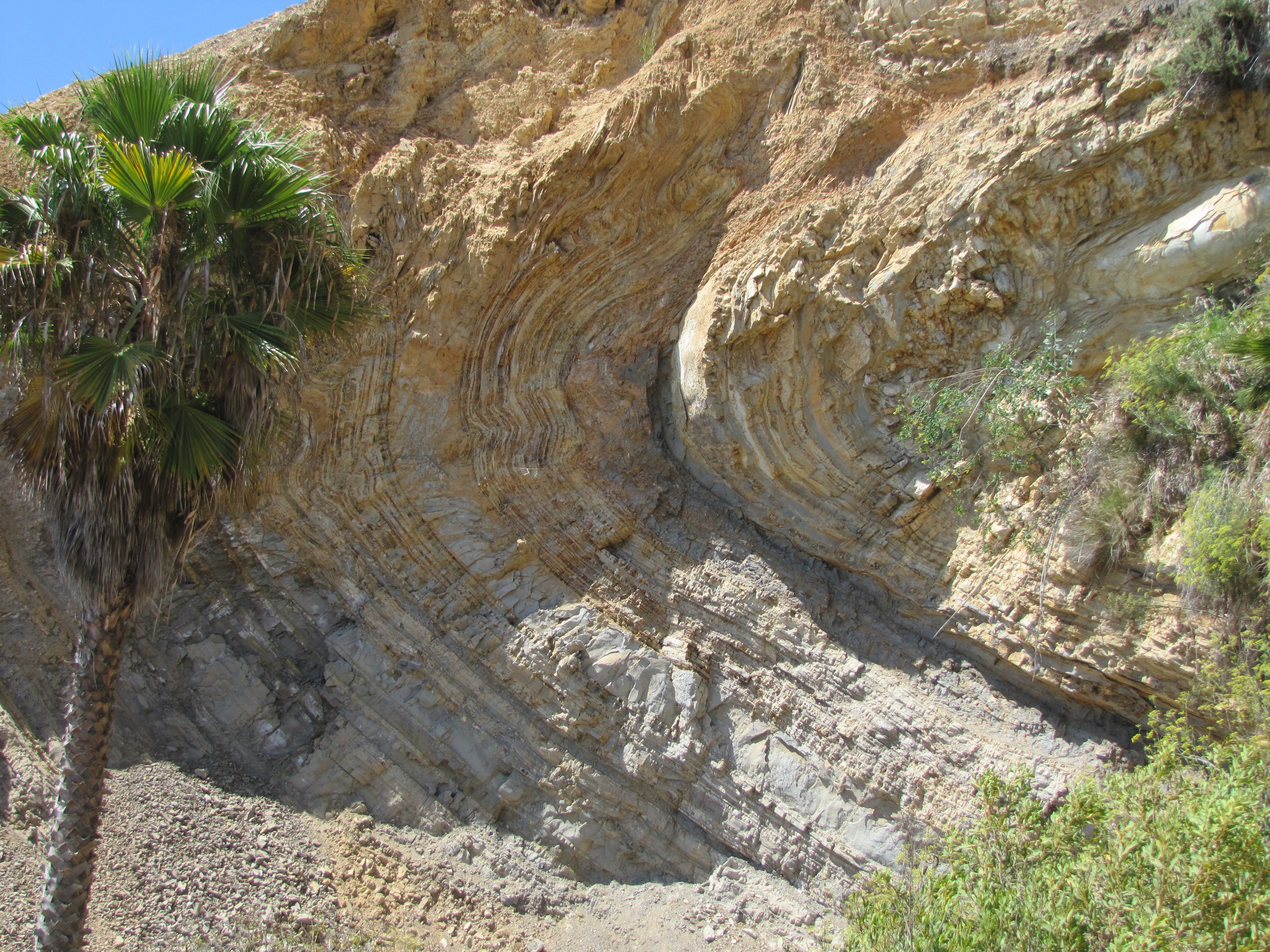 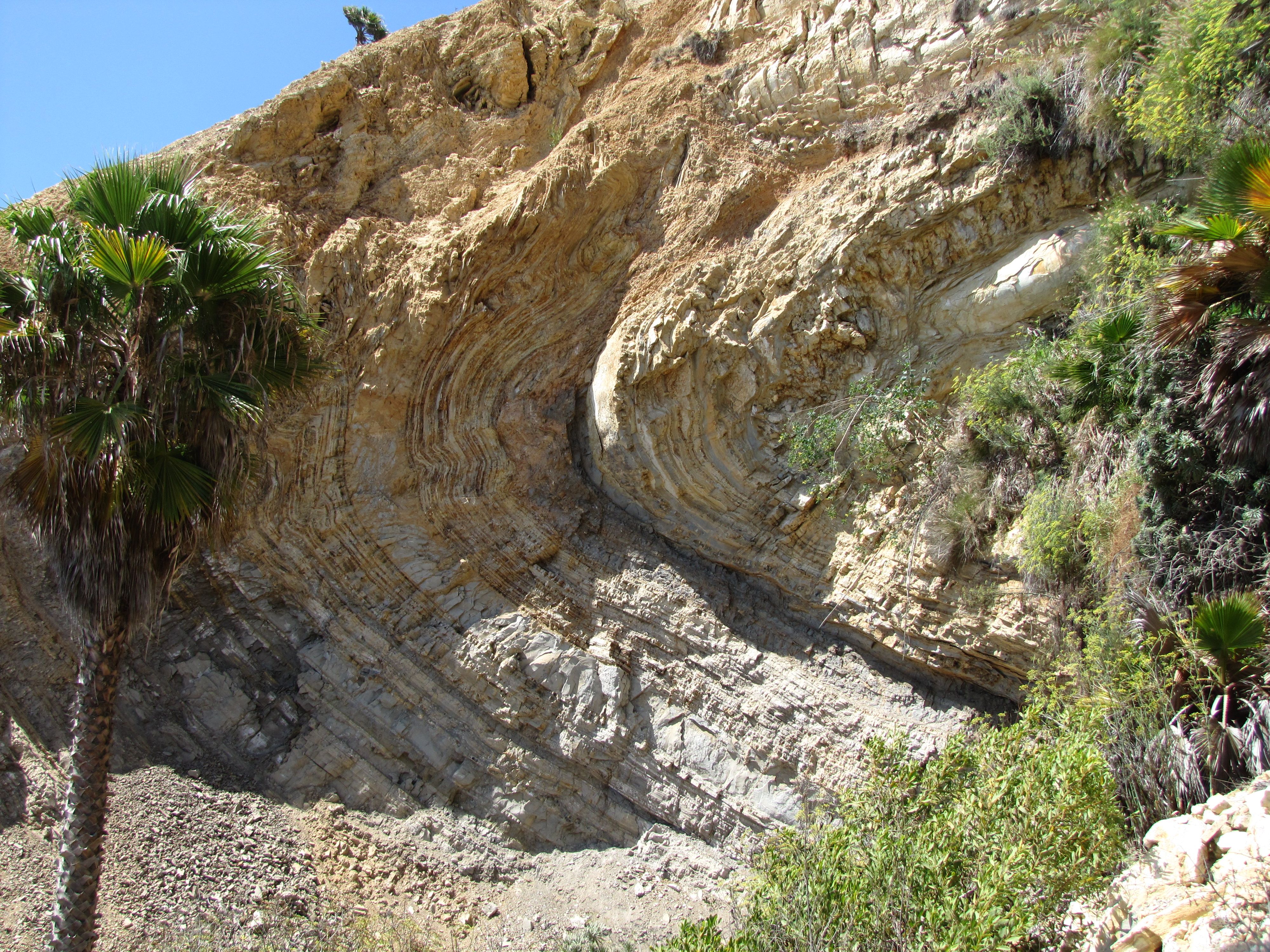 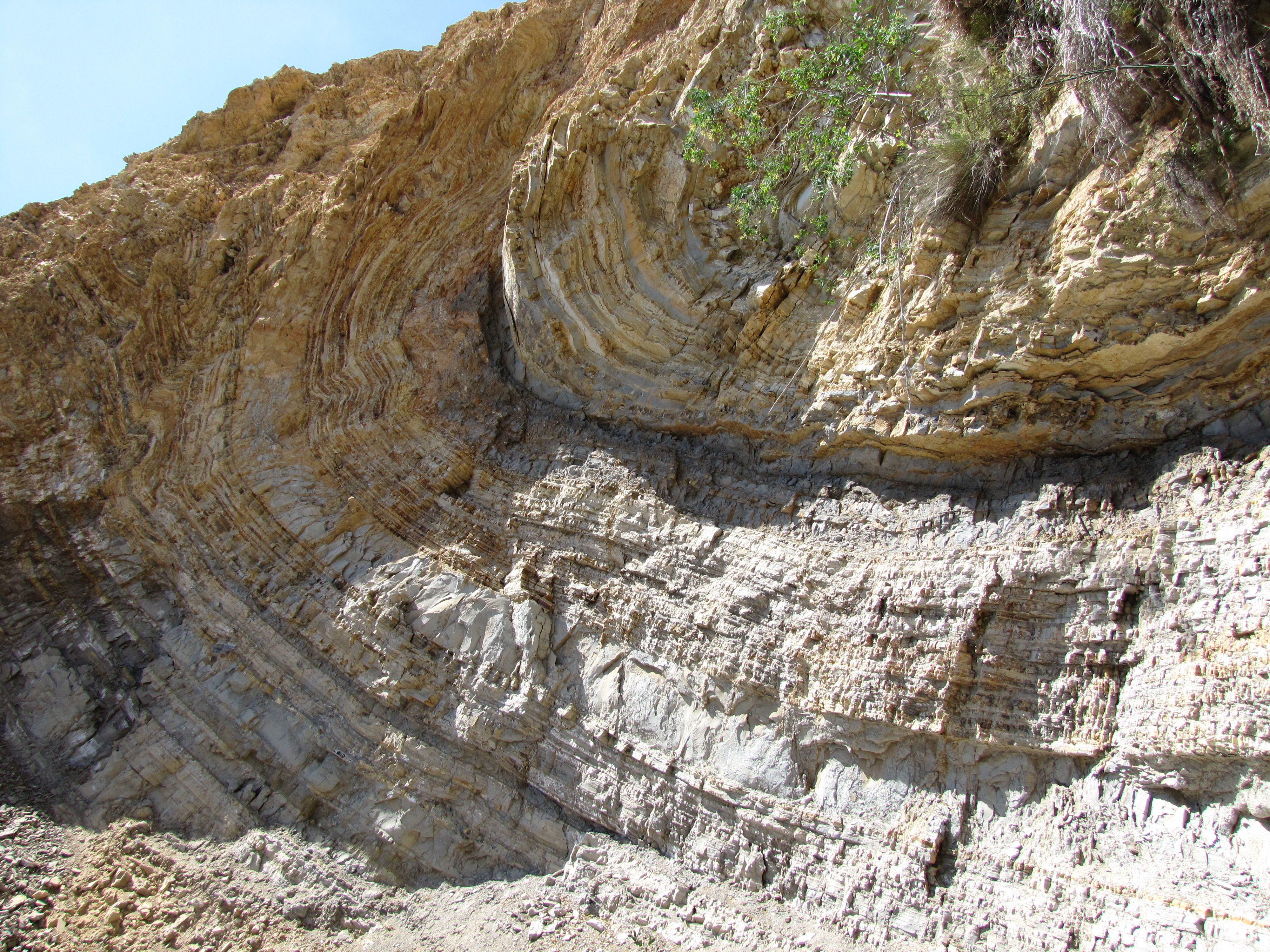 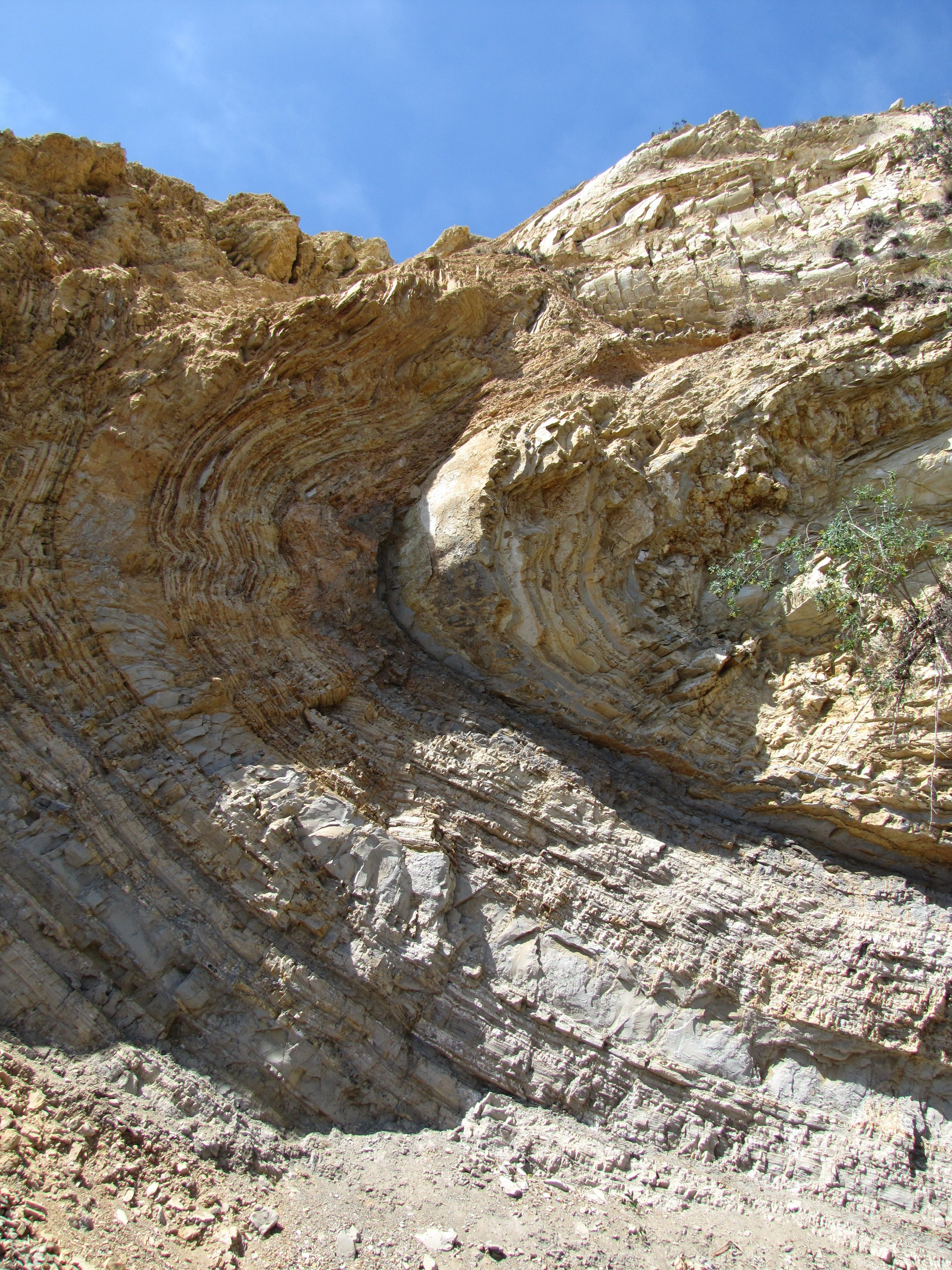 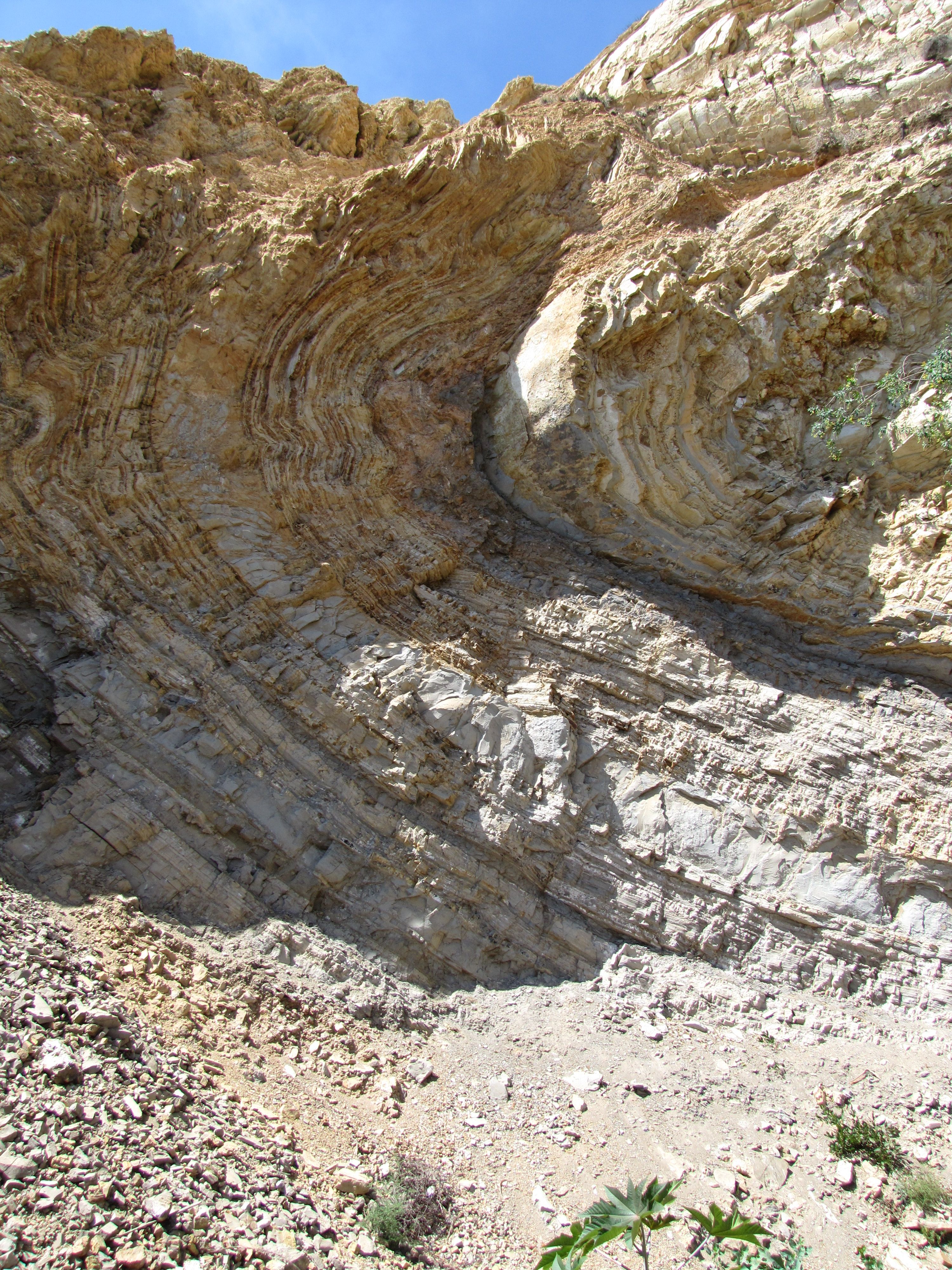 Hi, no need to reply here if you don't feel like it - but would you think it's completely OK if someone copied your photos you have posted on Steemit and earned a buck on them.

Would you feel like you wanted to flag them for that?

I see you took a stance in a discussion, which I was going in only half-assed, by flags and upvotes. It seems that you might think it's 100% ok to use someone elses photos, images etc. without permission to earn money.

I assume you wouldn't flag anyone doing that, then. Would you?

The retard I was discussing with was going to new levels on stupid, claiming I would support government controlled monopoly on ideas and art. I hadn't stated anything similar, but the retard kept on with stupidly writing about stuff I hadn't commented about at all.

But as short: if you think it's ok to use someone elses creations for money without permission, I assume it would be OK for anyone to use photos you have posted on Steemit?

I consider myself closer to a capitalist than anything else and I think even though the state shouldn't have the control over this, but as individuals to fight against plagiarism. The @OriginalWorks bot has determined this post by @way-truth-light to be original material and upvoted(2%) it!

This post has received a 17.54 % upvote from @booster thanks to: @way-truth-light.

Congratulations @way-truth-light! You have completed some achievement on Steemit and have been rewarded with new badge(s) :

I appreciate your encouragement recently.

Regarding this geological feature, it is useful to consider how materials act differently under pressure than they do in our hands. These layers of sediment were extraordinarily compressed and confined by rock above and below when they were bent. Similarly to how you can bend a metal pipe full of sand or in a pipe bender without crimping, which it would do if the sand were not inside it or the pipe bender outside it, even brittle materials can be bent if the surrounding matrix prevents it from cracking by forcing it together. It's not something we can do on the surface in the open air, because we don't have the equipment to do to this rock what we do have the equipment to do to metal pipe.

Even so, it's pretty incredible.