What is PlankTown? How did it come to be, and how is it created? 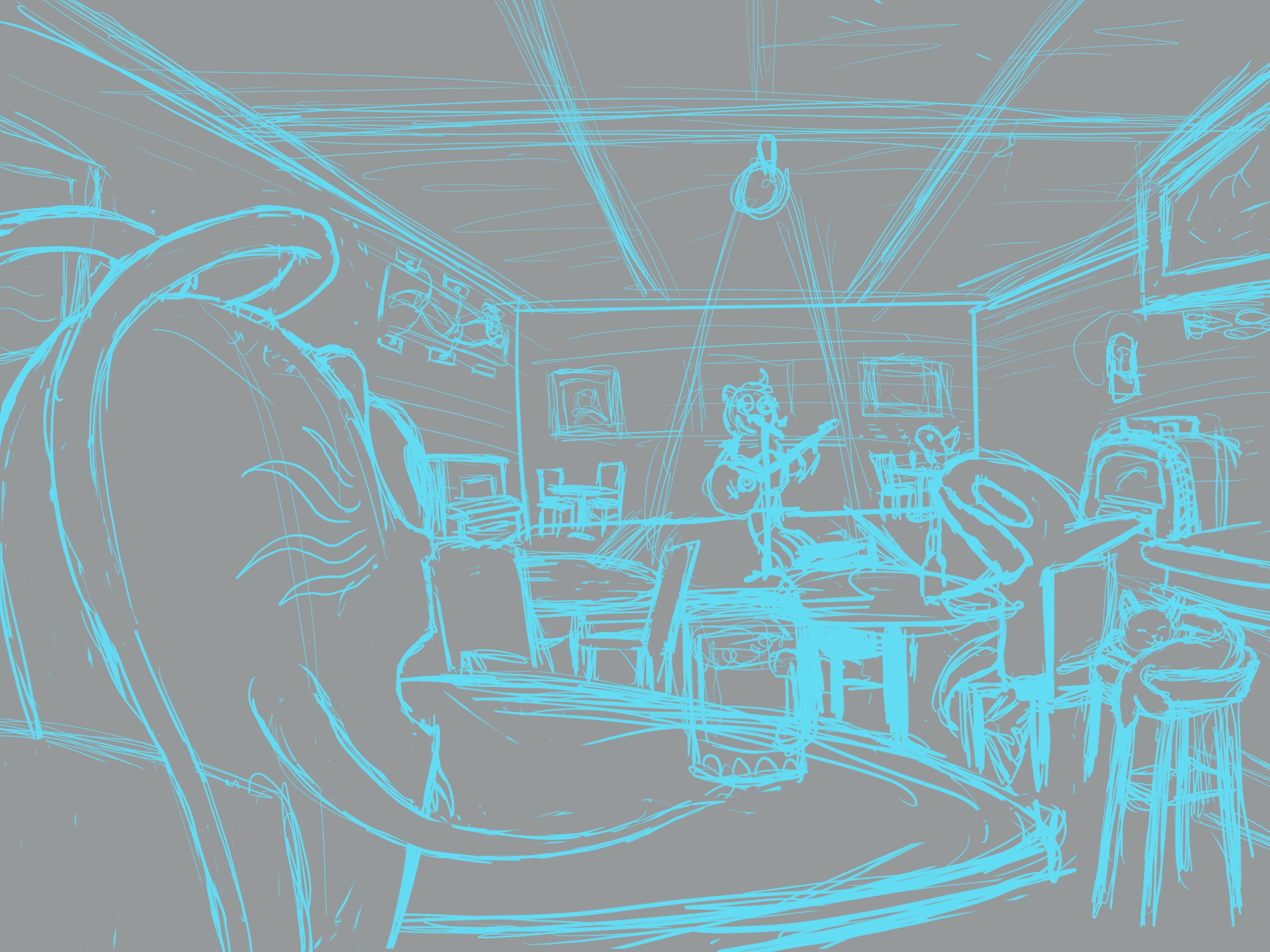 Hello, my name is Michael Arthur Tremblay and you know me as @thebugiq and Plankie from PlankTown. I am a professional musician in Canada and you can visit me at www.michaelarthurmusic.ca I’m on radio in Canada under my first and second names Michael Arthur. As I started to find my way around Steemit, I really started to fall in love with the aquatic theme of the platform that the users developed. It really did strike me as an ecosystem with all of the inward and outward pressures that all ecosystems have.

My very first plankton themed post was the result of someone running an Adopt A Minnow program which I thought was pretty great. Only trouble was, I was a plankton. Guess what? I’m still a plankton!!

when I wrote Free Spirited Plankton Seeks Whale which was my first attempt to date a whale on Steemit. That didn’t work out so well but I did get a few laughs, which was fun. But even previous to that I wrote an observational post, as many do, about my short time on Steemit called The Wild Wild West. When I showed up here, it really did seem like the Wild West. Absolutely nothing that I have seen or experienced after that post has done one single thing to change that view. Steemit continues to be the Wild Wild West in many ways.

I wanted to tell you what PlankTown is, seeing as I have been getting a lot of inquiries since doing my first two posts.

An animated GIF
A story
A parody of a popular song or an original song
A YouTube video looping the animated GIF with the mixed and mastered music track
And, supporting images, banners and additional formatting

Something that catches my fancy that seems like it would be fun for PlankTown. Some of my early PlankTown posts should make that pretty clear right? MinnowMama Tried, In the Krill Of The Night, PlankTown Prison Blues and many more.

So then I rewrite the lyrics to suit the PlankTown theme

and a parody is born. Having released my own full length album of original songs in 2013, I was well positioned to accomplish the rewrite. And being a working musician whose entire income is derived from singing for a living, I figured I was also well positioned to sing the parody vocal. Which I do for each episode.

Then I needed some magic. I had a fun story and concept, and I had rewritten a popular song, but now I needed to somehow bring my vision to life. 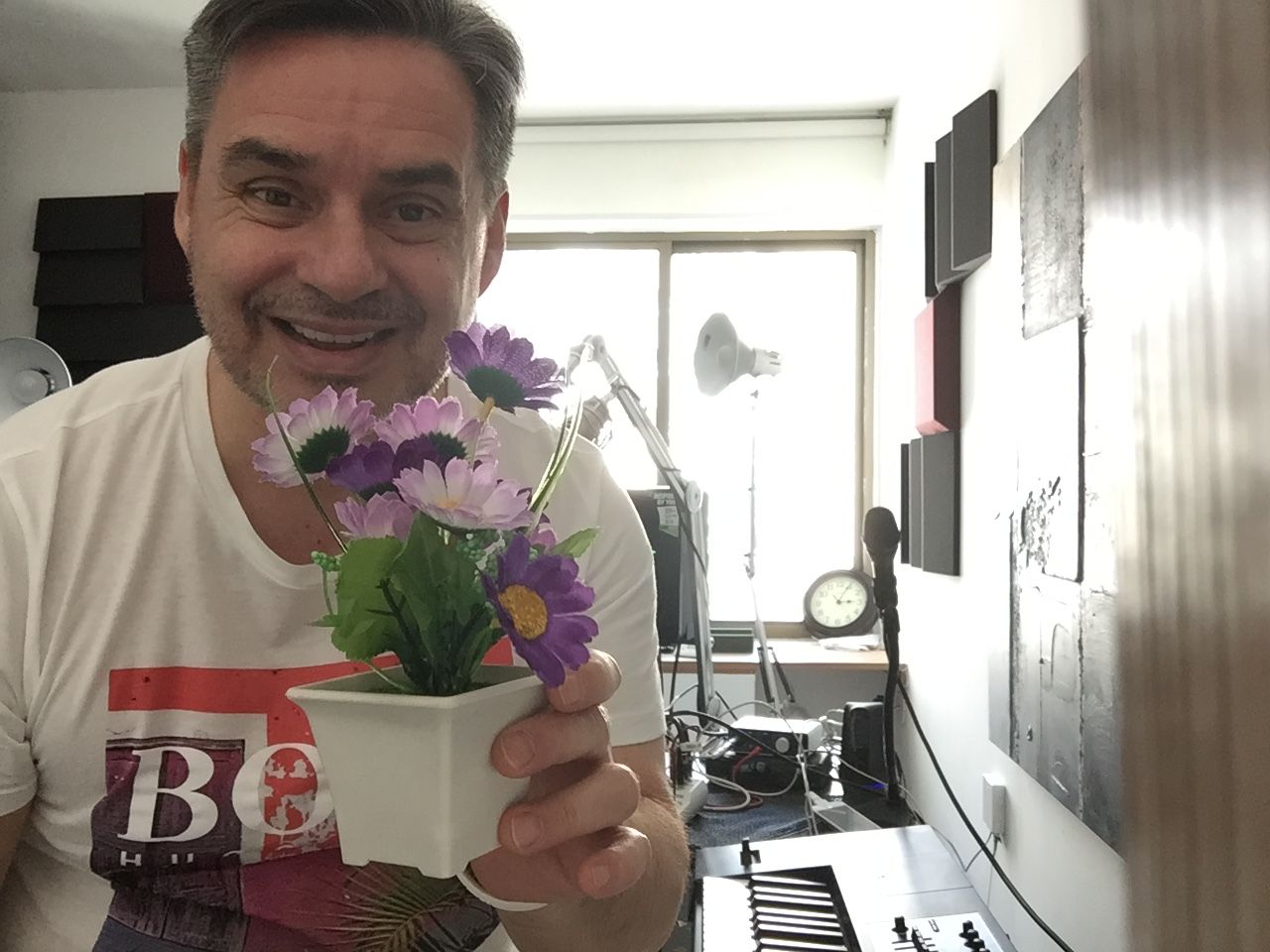 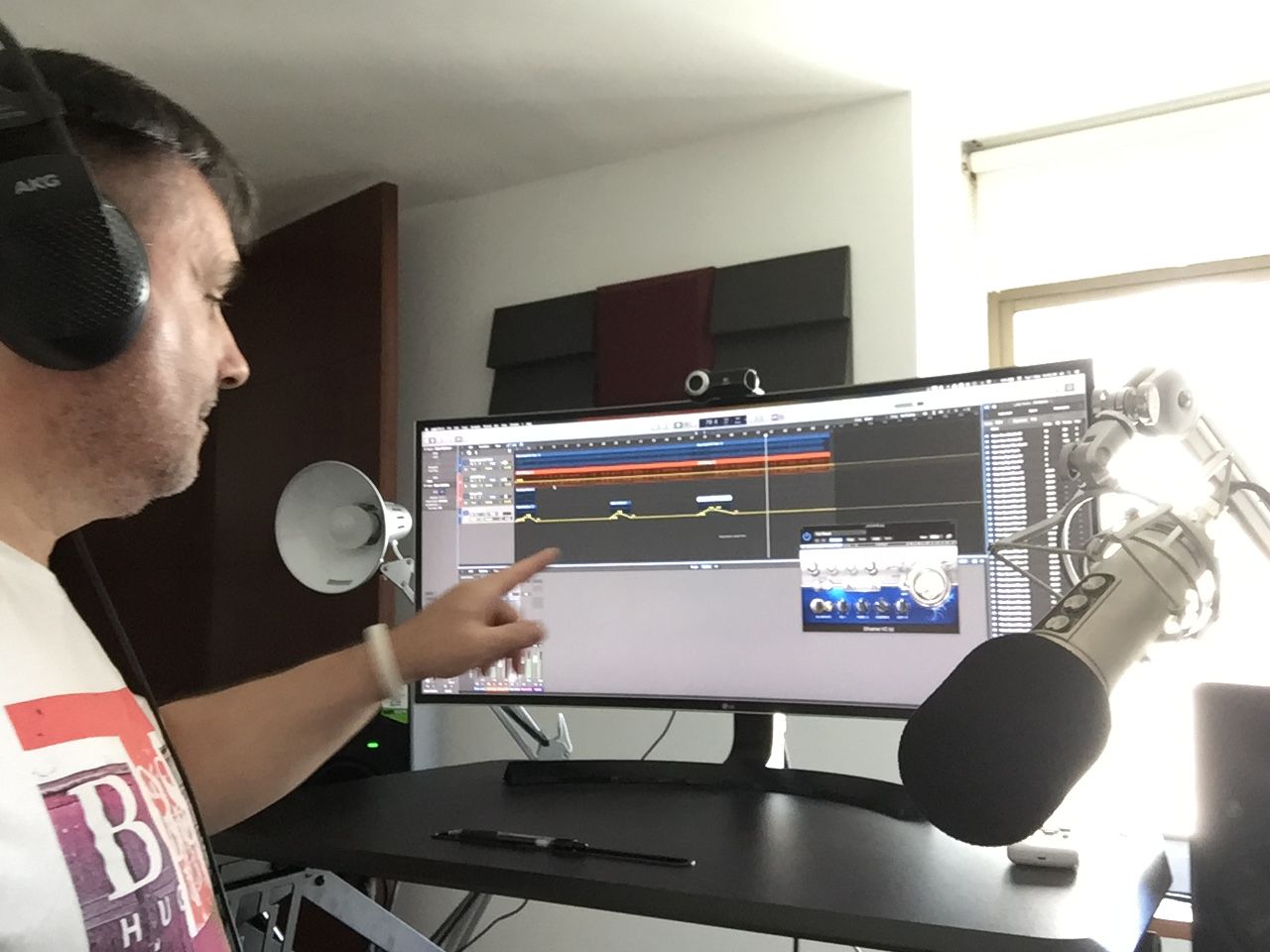 I was doing everything myself with my earliest posts

including mixing and mastering the music track and the vocal. I can do it but I really don’t like to do it. As it so happens, @globocop came along and saw the same great potential in PlankTown that I did and a team was born. @globocop, @derosnec and @thebugiq form the team that really launched PlankTown. @globocop does great work mixing and mastering the music tracks and is just terrific with operations and production. We share the same vision to see PlankTown as a possible bridge from Steemit out to the world as a weekly animated cartoon series. But for now, PlankTown is not that.

Full animation is incredibly complex and is very expensive

to do well. Being completely candid with you, I would rather bury PlankTown than see a cheesy, stick figure version of it done as a cartoon series that some would call ‘good enough.’ Never going to happen. Let’s say about 15KUSD for a 5 minute fully animated episode in reasonably acceptable 2D as a general rule of thumb. I’ll be keeping a sharp eye on my wallet for that dev boost ;)

Could PlankTown become an animated cartoon series? That is something that could certainly happen, but at this time it is not that. This is where @derosnec entered PlankTown. I gave her a tour of the place and asked her if she could build it. Can do, she said. Good enough said I, and we were off!

We discussed all of the possibilities for PlankTown visual media and we were going to do still images at first, and then settled on animated GIFs as an attainable option for consistently getting PlankTown out there week after week. 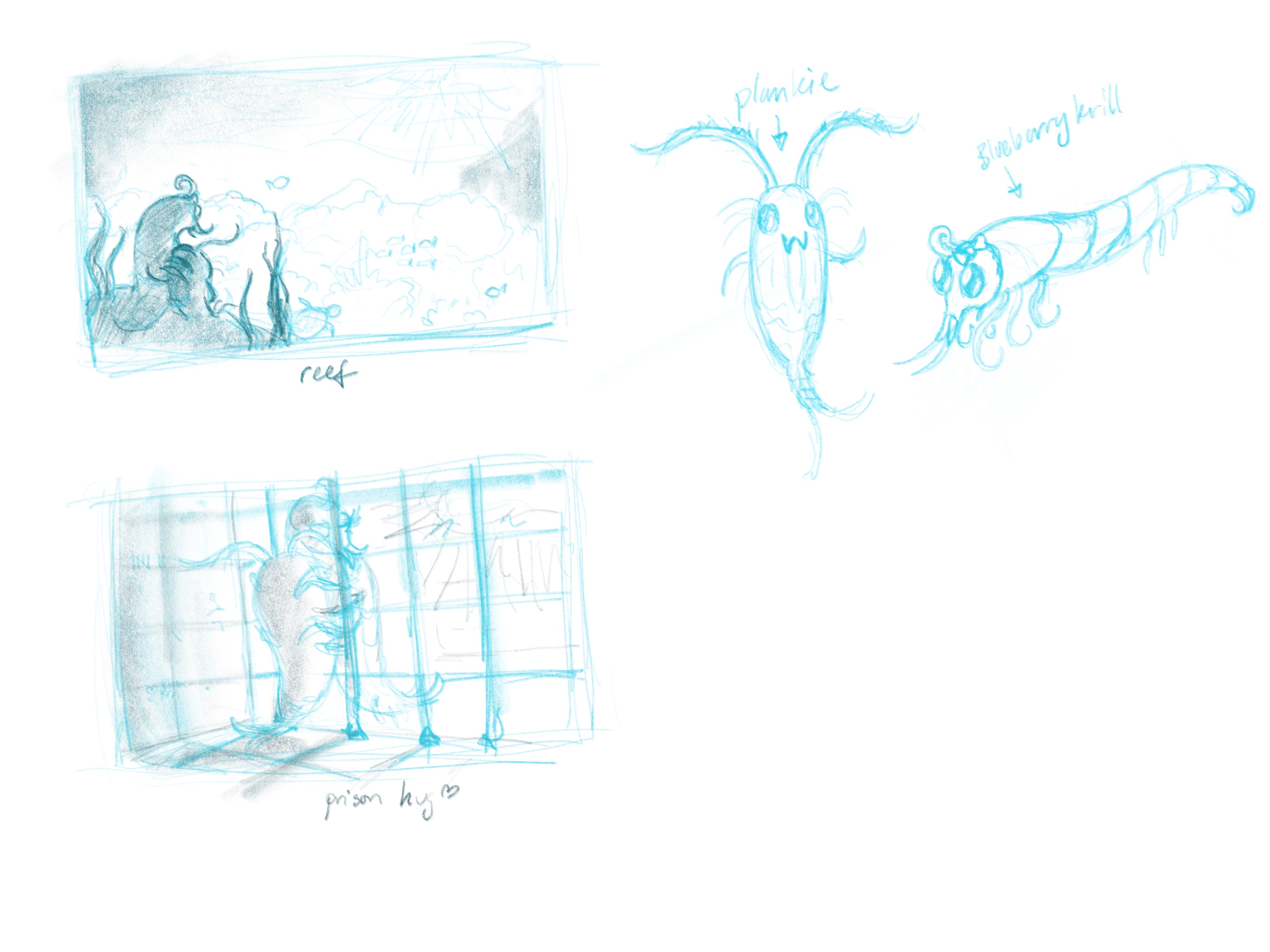 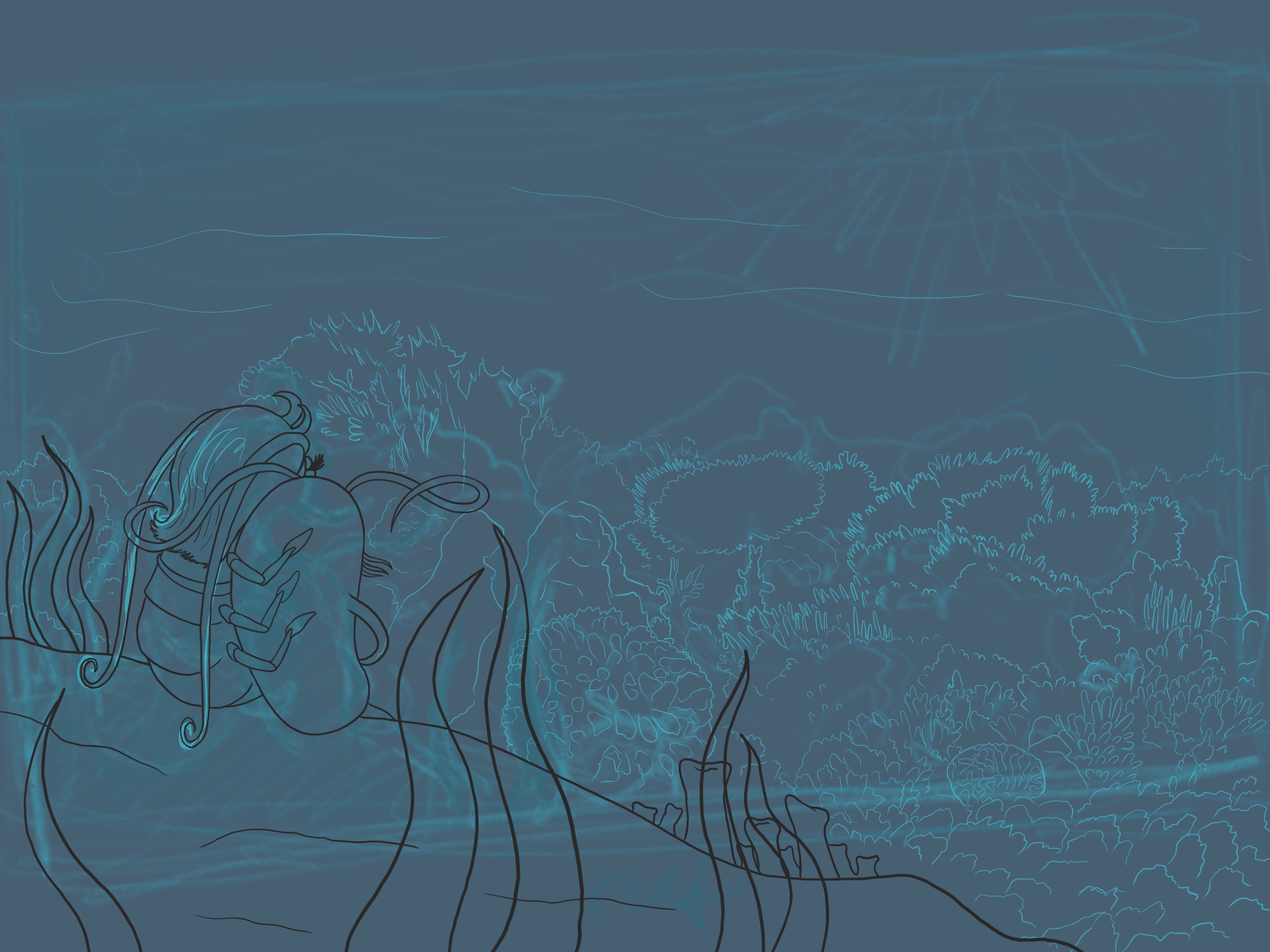 We never have any time to waste

so she starts with a sketch that is quick and easy for her to do, compared to building a complex image, and we adjust the sketch until we are both happy and she builds it from there and brings an aspect of PlankTown to life one sketch at a time. We have stories and timelines and a spreadsheet she built to keep us organized and on track. It’s becoming more and more fun for me as things slowly take shape.

Once the GIF is finalized and animated,

I combine that as a looping video file in Final Cut Pro, add in our opener at the beginning, our closing credits at the end, and add the music track that @globocop mastered. Then it’s hurry up and wait until my 2009 iMac outputs the video and then it’s time to upload it to YouTube. More waiting BUT I’m always busy and never stop working. At this point I am rereading and adjusting the written story that I spent several hours writing.

Then, finally with my YouTube embed link in hand,

I assemble all of the parts of my post, add my quirky formatting style that probably only I like, hit post, and then spend every dime I ever made organically on the platform on advertising it so as many people as possible get to see what the PlankTown team worked so very hard on. If I had to estimate it from concept to completion for one single post, I would say we have close to 30 hours of work into each post we do.

I hope you love what we are doing with PlankTown. I absolutely adore my team and they are priceless and I want to thank them both for their commitment and ongoing support of not only PlankTown, but myself as well. The adventure is truly just beginning.

I hope you will continue to enjoy PlankTown ‘as it is’

instead of hoping for what it is not. If I had a million dollars I would not buy you a new house, I would animate PlankTown into a commercial series.

I hope you enjoyed this little behind the scenes tour!

But as it is, I continue to bring you

PlankTown, Under The Sea

Michael @TheBugIQ You are an eternally flowing spring of creativity, humor, and fun. That, combined with commercial awareness and vision and your entrepreneurial will and hard work to bring Steem(it) to the earthlings *or is it ~links?... is phenomenal.

Nina, @derosnec: What an artist you are! I remember @disarrangedJane and I featuring your very first post on Jane's CHAOS Show a long time back, I was fascinated by the video you put out then. You are an amazing artist, and it is a privilege to have you on board.

May the World Know Planktown Under the Sea, and through Planktown, Steem & Steemit. Let's there be a smile on every face when we think about Plankie, Blueberry Krill with her shellphone, Meermaids, Seahorses, Catfish, and ShadowsPub... Dollfins and WhaleAle... and...
globi, Sheriff of Planktown.

You're such a treasure @globi and a true blessing. Yours and @derosnec's support, professionalism and dedication is simply wonderful!!

I love Planktown and what you are doing is incredible!! Don't ever stop!! and never lower your standards!

Thanks Snooks!! So happy you are following along!!!

The process and effort of your group is beautiful. I love that collaborative efforts are created because of the block chain.

Steem being used to create fun is important. There is so much laughter being had among the people of Steem.

If I had a million dollars I would not buy you a new house, I would animate PlankTown into a commercial series.

Is this a hint for what song is coming next?

Could be, could be :D Stay tuned and see if it happens!!

Well, I for one, look forward to each episode. You guys all have such great talent.

Oh heck yeah. I look forward to them now. Can't wait to hear the next song you pick. Nice voice btw. :) As for the gif's, I started messing around with doing my own gif's, so I know how time consuming it is. But the outcome is worth it. I just don't know if I'd have the patience to do all the bits needed, before setting on rerun/repeat.

I had no idea that was you behind the @planktown account. How awesome, great initiative. :)

How ya doin' ya lil coin hunter? lol BugIQ

I’m busy improving my procrastination skills. How about you?

Fantastic! Love the behind-the-scenes look at the production. I'd say keep them coming.

Just heard about this on msp waves and have to put a tactical comment down so I can come back and have a proper read(It's 02:30 and time for bed)
This looks very entertaining and I have no idea what its about yet! Great start.

Already visit you on your page www.michaelarthurmusic.ca. very good by the way, I hope you can make your animation I will be very attentive to your content

oh! This is amazing.

This is going to be amazing! Upvoted :)

Thanks so much @crystalpacheco30! Glad you stopped by :D

Very Very Cool 😃
I love animation and wish you all the best to this becoming a Huge media Success. I appreciate how time consuming this can be, I've done some voice work for characters years ago in Oz and all the many hours for just a 3 minute video. 🤔

Fabulous team and a fantastic vision! So loving this adventure under the sea! 😊

Awww thanks so much Kitty! I'm really hoping people enjoy it. Takes quite a bit to find some traction on the platform with so much great talent out there!

If your a plankton, I am a bacteria