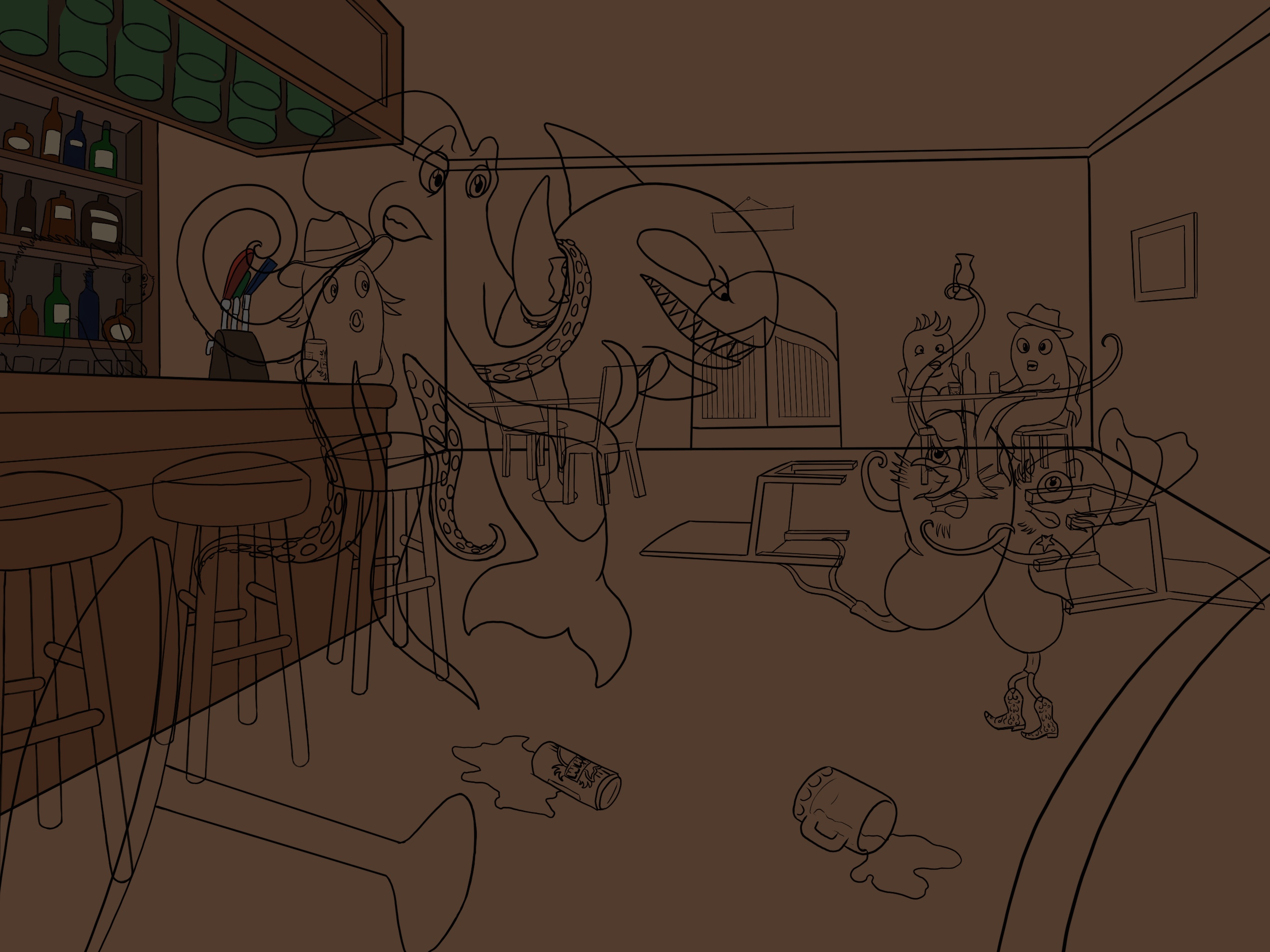 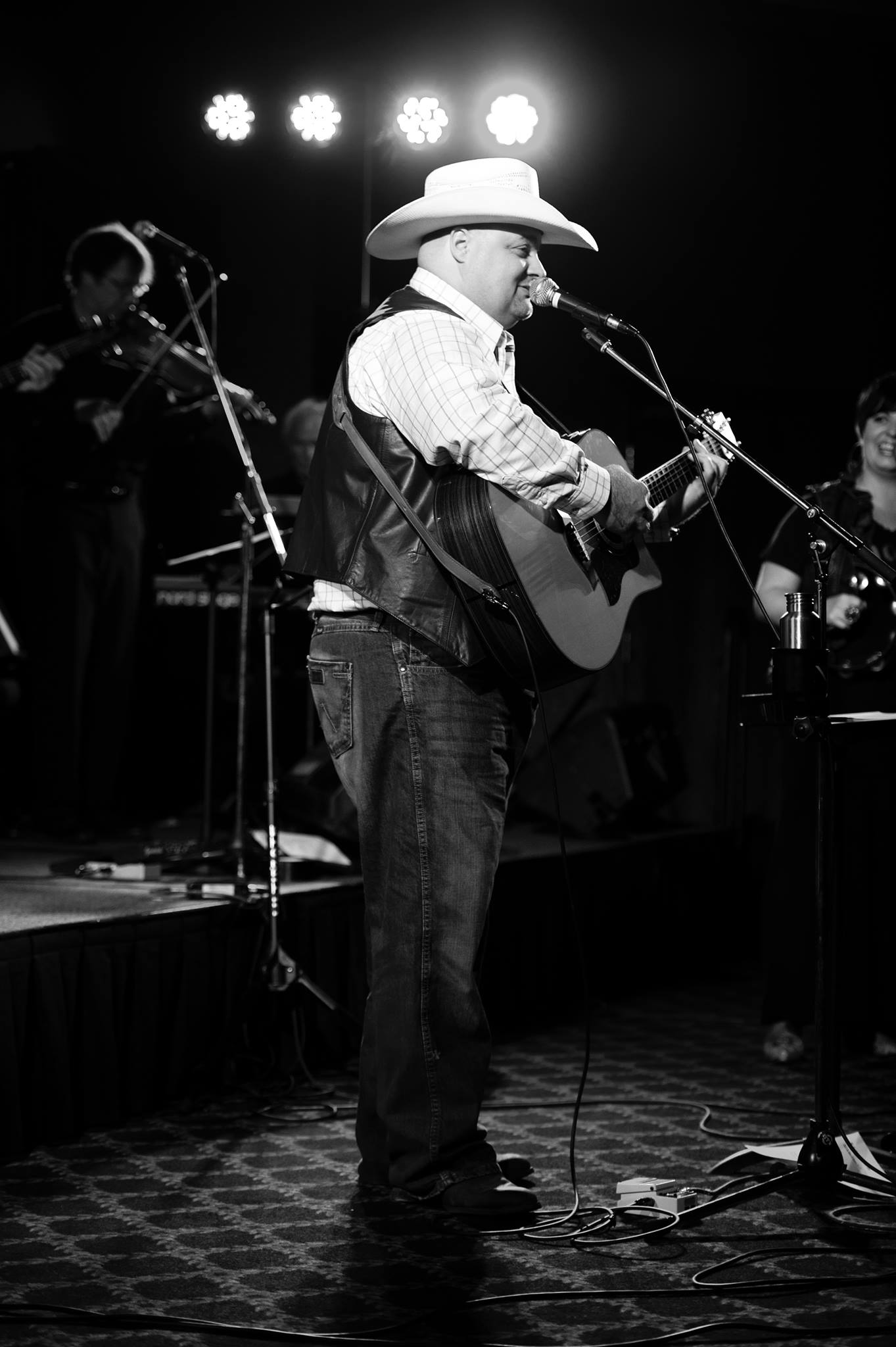 and you know me as @thebugiq and Plankie from PlankTown. I am a professional musician in Canada and you can visit me at www.michaelarthurmusic.ca I’m on radio in Canada under my first and second names Michael Arthur. I am the creator of PlankTown Under The Sea.

PlankTown is my ‘wide eyed wonder’ view of the Steemit ecosystem that I fell in love with from the very moment I was set free in the Ocean. I imagined that I was part of an incredibly complex and diverse society where rules of the known world do not apply and yet sort of do.

There is still love, hate, envy, greed, charity, generosity, theft, divisions, alliances, friendships, enemies, limited resources, power and more. It's every TV show and movie I ever watched all rolled into one ball of interesting.

I have a very interesting life living in PlankTown and I have a very interesting family. My GrandPlank married a Dollfinn after having his heart broken by a PlankGal’s dear Plank letter while he was away fighting in one of the great flag wars. My PlankPapa married my MinnowMama and her brother is my Uncle Harry who is the most powerful electric eel in the known ocean.

Of course I grew up knowing in my heart

that love is strange. It only wants what it wants. And I love Krills. I love everything about them. But the one Krill that stole my heart is BlueBerry Krill. I don’t know how it will all work out. I never do, so I’ll just keep rolling, rolling on the river and sea what happens.

You can read all about what PlankTown is and my creative team @derosnec and @globocop in my previous post that you can find by clicking:

Needless to say an amazing amount of effort, love and fun goes into each episode. I’ll just repeat a bit of what PlankTown is for those of you just joining us.

The Core of every PlankTown post is:
An animated GIF
A story
A parody of a popular song or an original song
A YouTube video looping the animated GIF with the mixed and mastered music track
And, supporting images, banners and additional formatting

Something that catches my fancy that seems like it would be fun for PlankTown. Some of my early PlankTown posts should make that pretty clear right?MinnowMama Tried, In The Krill Of The Night, PlankTown Prison Blues and many more.

In this latest episode of PlankTown Under The Sea,

Plankie finds himself in a fight for his life with an Orca who also was pretty interested in BlueBerry Krill. Both Plankie and d’Orca find themselves in Shadow’s Saloon having a WhaleAle and listening to BlueBerry Krill sing.

Things get out of fin when d’Orca decides to kick Plankie’s thorax and beat his exoskeleton to a pulp. d’Orca finds himself in a tussle with a very determined Plankie who is well trained in Mixed Plankton Arts by his GrandPlank, ends up getting his caudal peduncle kicked.

@shadowspub is introduced in this episode as the owner of Shadows Saloon. She is a glorious Octopus who has her tentacles in just about everything. She hails from over near Memphis where she knew my Uncle Harry.

It was @shadowspub who introduced me to Steemit and Discord and this wonderful, whacky world.

@globocop is formally introduced in this episode as the quick draw Sheriff of PlankTown always ready to defend the peace. @globocop is not only the Sheriff of PlankTown, he is also my partner on the project doing wonderful work on the audio production and operations side of the endeavour. All of that, plus he is a dear personal friend. 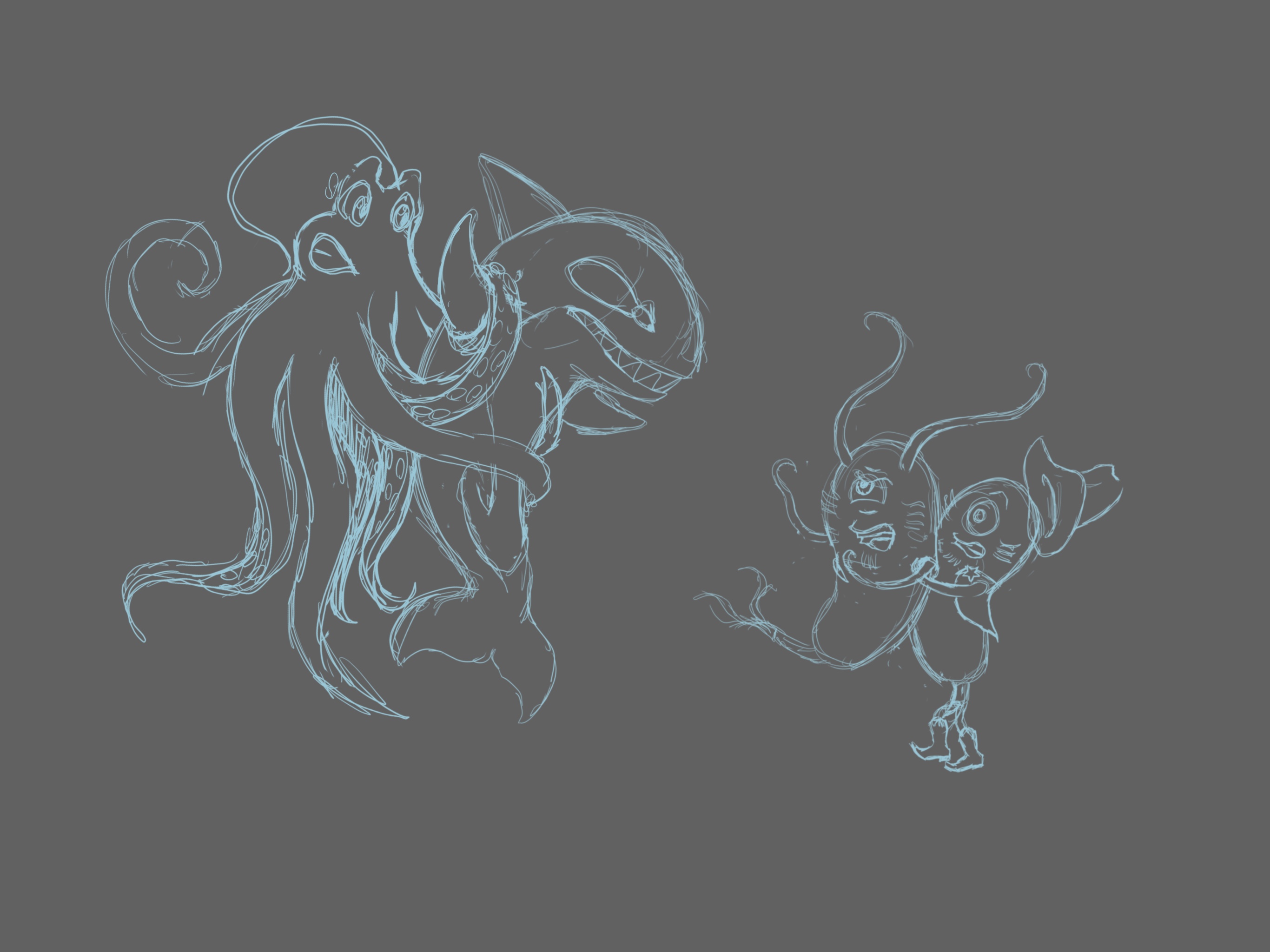 In having a little fun creating this episode

I was pondering the fact that flags are not allowed in PlankTown much like the old west where citizens started demanding safer towns.

The reality seemed to be that the towns needed to become safer or people would simply move on to larger centres with more people and structure.

Seeking a balance between freedom and structure that served the people and fostered economic growth by attracting businesses that could operate in relative peace.

I love applying wild west themes to PlankTown. The similarities to old west life are very easy to see and apply to a similar society with similar desires.

On behalf of myself @thebugiq, @derosnec and @globocop we thank you for coming along on this journey and thank you for the support in votes, follows and resteems. We look forward to many adventures with you.

Thanks again for joining us in PlankTown Under The Sea and we hope you will join us for the next PlankTown adventure coming soon! 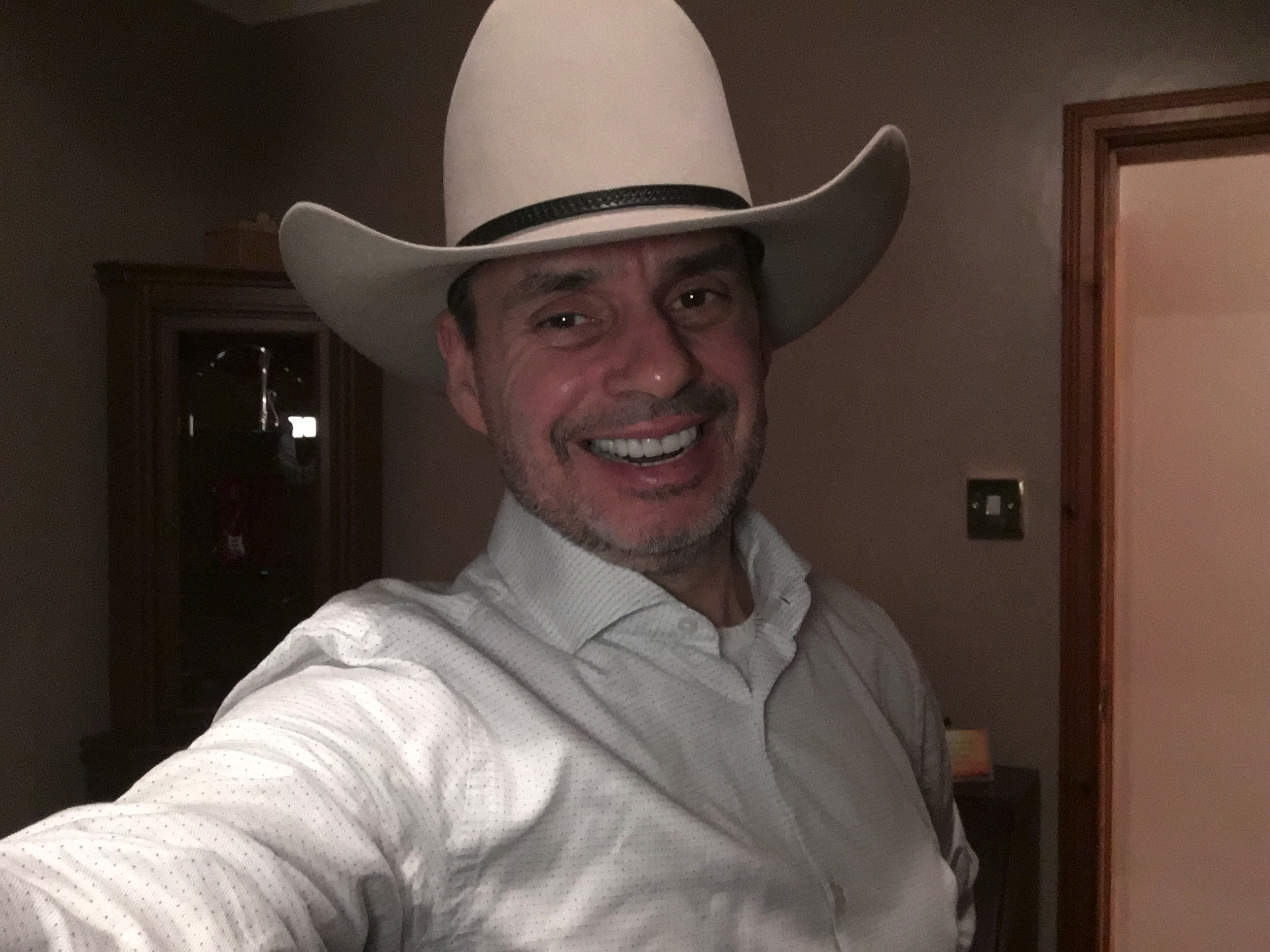 Great explanatory post. As much as I enjoyed reading the Planktown stories I was still a bit confused by what it was and what it represented but this post makes it really clear and in fact highlights the incredible effort that goes into each one.

Really appreciate all the effort that you and the @Planktown team are putting in, great little episodes and the graphics are seriously mind-blowing!! Keep it up and can't wait for the next ep !! :)

Thanks so much @phamished! I really enjoy doing the behind the scenes posts! It's really fun to revisit the artwork as it is being produced and to really showcase the value of the team as we all work through a project.

I'm so glad you're enjoying not only the series but the process behind it! Thanks so much for stopping by :D

Congratulation thebugiq! Your post has appeared on the hot page after 57min with 42 votes.

For a total calculated value of $64 STU, $113 USD before curation, with approx. $16 USD curation being earned by the paid voters.

Flagged for: SPAM, Comment farming and report farming
And lack of opt-out option.

If you were honest you would decline your comments and your reports payout.

Otherwise it is just another comment and report farm disguised as a service.

I can code one too... But I don't because I am honest and I don't see the point of creating more spam.

The chain size grows exponentially because of irresponsable BOT coders.

This is my nice kitty flag.
I do not tolerate ignorance and self-righteousness.

Please do read up on the dynamics of advertisement.
If you don't understand it, your spam is understandable, yet not excusable.

Go well or RIP - your choice!

You have been reported for the spammer that you are. You are bloating the blockchain with useless information. The only time you respond with anything of substance is to beg someone like @berniesanders to not flag your idiotic bot off the platform. Then you're all nice nice and chat him up and say Blessings upon you don't you? Pathetic.

I try to respond to most constructive feedback
And I do wish you success as well, hope that is OK.

What would be ok is you having an opt out feature. Until such time you are only a troll trying to raise your own awareness on the platform and forcing your idea on people. As it stands right now, @transparencybot is a passive aggressive bully.

I understand, yes, it is a very complex subject and thank you again for your feedback.

Let me point out to you that when we flag you for needlessly and uselessly cluttering up our comment thread you then have counter flaggers come in and vote it back up. You are in a passive aggressive flag war already.

ALSO, you then PUBLISH your Transparency Under Attack posts without even realizing that you're not being attacked. You're forcing your ideas on others and actually attacking others while hiding behind a passive aggressive front. You are not welcome on my blog. I am in contact with Steem Cleaners and am seeking their support. You need to be collaborative with the community if you want acceptance. As it is, you are not. Your posts are not informative.