hakimomarkhayyam (34)in #poetry • 4 years ago

Omar Khayyam was born in Nishapur, a leading metropolis in Khorasan during medieval times that reached its climax of prosperity in the eleventh century under the Seljuq dynasty.[9]:15[10][11] Nishapur was then religiously a major center of Zoroastrians. It is likely that Khayyam's father was a Zoroastrian who had converted to Islam.[4]:68 He was born into a family of tent-makers (Khayyam). His full name, as it appears in the Arabic sources, was Abu’l Fath Omar ibn Ibrāhīm al-Khayyām.[4]:18[a] In medieval Persian texts he is usually simply called Omar Khayyām.[7]:658[b] The historian Bayhaqi, who was personally acquainted with Omar, provides the full details of his horoscope: "he was Gemini, the sun and Mercury being in the ascendant[...]".[12]:471 This was used by modern scholars to establish his date of birth as 18 May 1048.[7]:658

His boyhood was passed in Nishapur.[7]:659 His gifts were recognized by his early tutors who sent him to study under Imam Muwaffaq Nīshābūrī, the greatest teacher of the Khorasan region who tutored the children of the highest nobility.[4]:20 In 1073, at the age of twenty-six, he entered the service of Sultan Malik-Shah I as an adviser. In 1076 Khayyam was invited to Isfahan by the vizier and political figure Nizam al-Mulk to take advantage of the libraries and centers in learning there. His years in Isfahan were productive. It was at this time that he began to study the work of Greek mathematicians Euclid and Apollonius much more closely. But after the death of Malik-Shah and his vizier (presumably by the Assassins' sect), Omar had fallen from favour at court, and as a result, he soon set out on his pilgrimage to Mecca. A possible ulterior motive for his pilgrimage reported by Al-Qifti, is that he was attacked by the clergy for his apparent skepticism. So he decided to perform his pilgrimage as a way of demonstrating his faith and freeing himself from all suspicion of unorthodoxy.[4]:29 He was then invited by the new Sultan Sanjar to Marv, possibly to work as a court astrologer.[1] He was later allowed to return to Nishapur owing to his declining health. Upon his return, he seemed to have lived the life of a recluse.[13]:99 Khayyam died in 1131, and is buried in the Khayyam Garden. 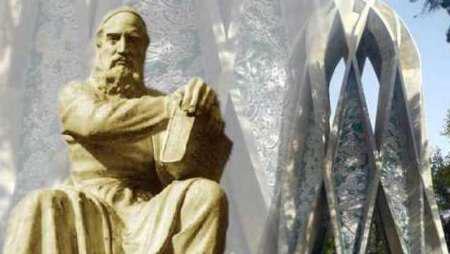