So about two months ago I made a post about the lessons playing poker taught me. I gave a little background information about the history of poker and how the game changed throughout the years. Poker evolved from a game of luck to a game of skill. In the past ten years more and more professionals came into the scene trying to beat the game. They started creating a range of hands for every position on the table, started to calculate their odds, balanced their bluffs according to the ranges of their opponents etc.

The world of poker fascinated me, and four years ago I deposited 50$ to Pokerstars to try my luck. I was certain I had it in me to become a decent winning player. It turned out I was a naïve little kid. 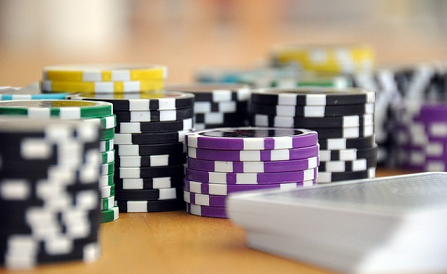 Be confident, at all times

My hopes quickly got shattered. I had no clue what I was doing, and after a week or so I lost more than half of my bankroll. That’s when I started to watch some streamers on Twitch to see how they were doing. To my surprise, they lost a large portion of the time as well. There was no such thing as a daily poker winner. The pro’s had big losing days just like me, but they managed to hold their composure and play the next day again with the same focus. Downswings just had to be dealt with, and you had to stay confident in your abilities whilst losing.

This sounds easy to do, but I can assure you it isn’t. It’s like investing in bitcoin. When BTC was at 18k, everyone was patting themselves on the back because they had made the right choice. Everyone was a successful and smart investor, until the price started dropping. Suddenly BTC was worth 1/3th of what it once was, and nobody was 100% confident what it’s actual worth was anymore. The same happens with winning poker players who suddenly go through a big downswing. They have to stay confident of their abilities, even though the luck isn’t on their side and they’re losing money each day they’re playing. It’s damn hard.

The graph of Gus Hansen, who once was up 2 million dollars online and ended up 17 million in the red after a brutal downswing between december 2012-2013

Introducing bankroll management. This is possibly the biggest lesson to learn as you start playing poker. To win money, you have to put money on the line. That’s how poker works. So how can you protect your money in a responsible way?

Bankroll management lets you play with only a miniscule portion of your overall net worth. Like with investing, you shouldn’t play with money you can’t afford to lose. For me that was 50$. Of those 50$, I should, according to a lot of professional players, only use 1/100th to register a tournament, or 1/30th to play cash games. Of course everyone can adjust this rule to their own likes of risk-taking, but the idea is to be able to overcome downswings. If I play tournaments of 50 cents, I can go through a period of constant losses without losing all my money. After the downswing, I should be able to rebuild my bankroll. That is of course, if you’re playing better than the average field. Which you can’t really know for certain until you’ve played thousands and thousands of hands… It leads back to confidence in your own play, otherwise the game will break you mentally. 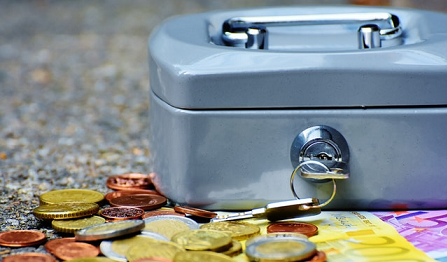 Detachment from your money

Management of your funds is essential to stay somewhat sane when things are looking grim. But of course, everyone hopes to slowly build their bankroll so that they can move up the stakes eventually. Poker is a game where you can set your own levels. My idea was, for every 50$ I gained I allowed myself to move up in stakes. If you play solid and you’re a winning player, you’ll reach a point where you’re playing for a decent amount. This is where you have to be able to detach yourself from the money involve. If you play with a buy-in of $100 and you’re afraid to play pots for 200$/300$, you’re not going to make the best decisions. Poker players want to make money, but to achieve that they have to detach themselves from the money. The most beautiful contradiction.

My love for poker is still very much there, but I drastically reduced my playtime in the past months. I found out that I don’t have the work ethic and sometimes the emotional strength to give me the best chances of winning. Sometimes you have to be honest with yourself and admit that you're not as good/smart/patient... as you thought you were. I admire people who can play this game professionally, but I’ll stick to being a funplayer. And that's fine by me.

Thanks for reading. I hope to see you next time!

Congratulations! This post has been upvoted from the communal account, @minnowsupport, by Tuwore from the Minnow Support Project. It's a witness project run by aggroed, ausbitbank, teamsteem, theprophet0, someguy123, neoxian, followbtcnews, and netuoso. The goal is to help Steemit grow by supporting Minnows. Please find us at the Peace, Abundance, and Liberty Network (PALnet) Discord Channel. It's a completely public and open space to all members of the Steemit community who voluntarily choose to be there.