In the Karnataka elections, both the Congress and the BJP have promised to distribute free sanitary pads in their own manifestations. 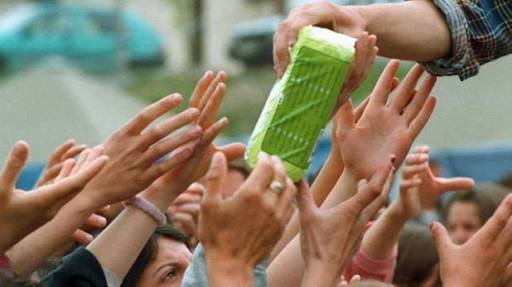 About Karnataka assembly elections where political parties are making fascinating promises to make voters in their favor. At the same time, sanitary pads in the state these days remain a big issue. In the Karnataka elections, both the Congress and the BJP have promised to distribute free sanitary pads in their own manifestations. Political experts believe that by giving place to sanitary pad in the manifesto, both parties are trying to bring the men in their favor. Especially for these women, the target is on rural women.

Indeed, both the Congress and the Bharatiya Janata Party have said in their declaration that giving free sanitary napkins to BPL holders, women and girls. But surprisingly, the BJP government in Karnataka, which is promising to distribute free sanitary pad, had announced that it had imposed a 12 percent GST tax on the pad at the center. Dr. Akhila, who runs a health-related campaign in Karnataka, first believes that the BJP government brings sanitary pads under the purview of 12 percent GST, and then tells them to give it free for the sake of elections.

It shows the dual mindset about their women and their health. Dr. Akhilah says that the government has not been able to provide toilet facilities in Government schools so far, and offering such a free sanitary pad is very humorous in itself. Let us state that elections will be held on May 12. In such a scenario, political parties are making a lot of promise from voters to bring electoral results in their favor.