Random political thoughts of the day 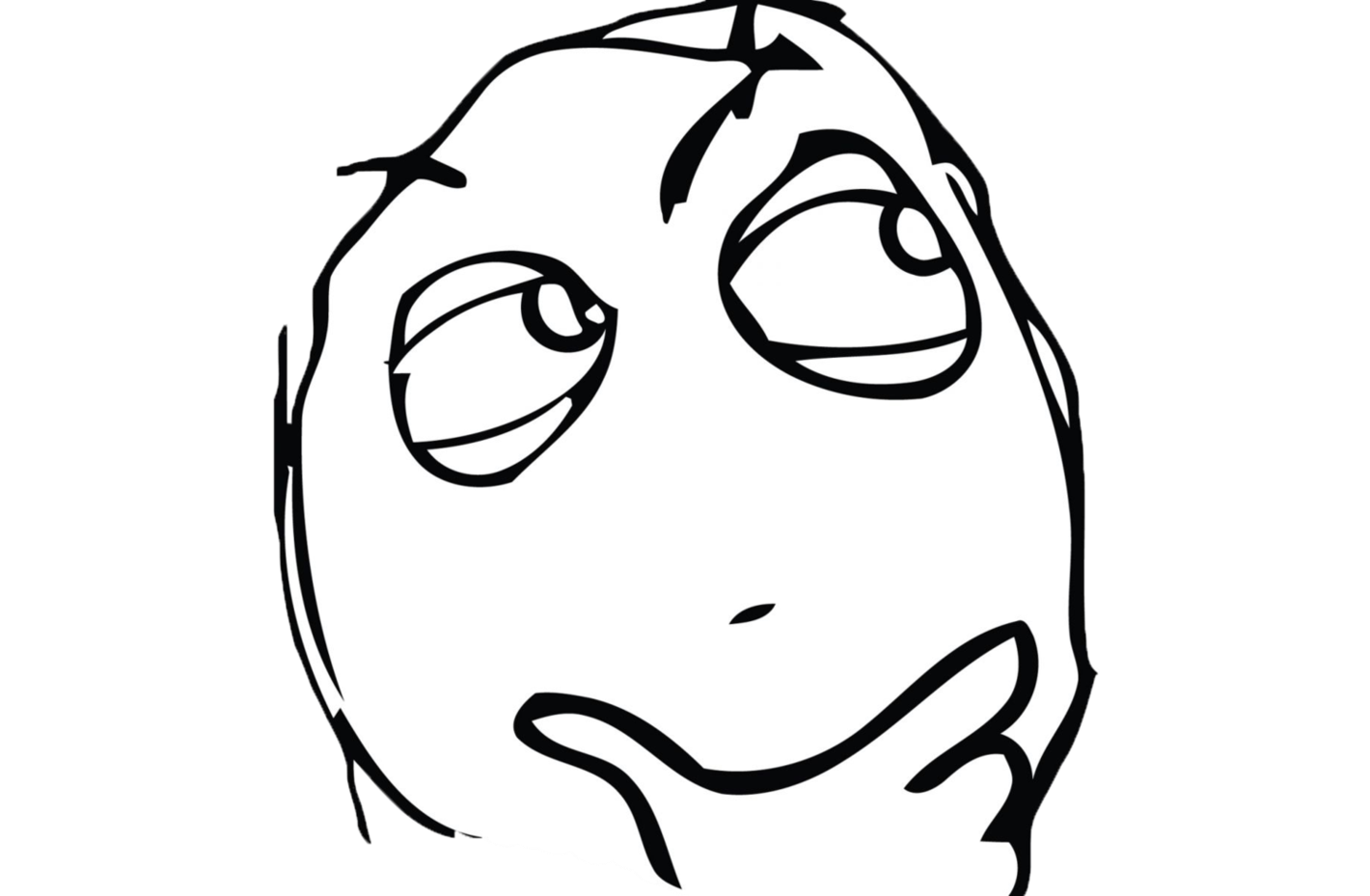 Random political musings of the day:

For example, consider a hypothetical scenario where there are only two political parties: Democrats and Republicans. Suppose Hillary Clinton is the Democratic candidate and Donald Trump is the Republican candidate. Now suppose there are 51 million Republican voters and 49 million Democratic voters, and 100% of each vote for their respective candidates. Further suppose that the election is determined by a simple majority. Then, clearly, Donald Trump will win the election. However, suppose further that 25% of Republicans hate Hillary Clinton, and the rest are neutral, whereas 50% of Democrats hate Donald Trump, and the rest are neutral. In such circumstances, it is apparently clear that the "net satisfaction" with the outcome would be decidedly higher with a Clinton presidency than with a Trump presidency, even though a majority of voters actually prefer Trump.

Disclaimer: this is a purely hypothetical scenario and no implicit approval or disapproval of either candidate/party is implied.

It is clear that individuals' preferences and choices are much more nuanced than is made possible to express through a simple vote. If we could express this additional information during the voting process, that additional information could inform a game-theory-type optimization problem which could result in an outcome much more likely to maximize the net satisfaction of the citizens.

Further, it is interesting to speculate on the implications of such a system on the likelihood of a third-party candidate being elected, especially when the two major parties are highly divisive. For example, consider a new scenario where there are three parties: the Democratic party, the Republican party, and the Libertarian party, with Ron Paul as the candidate. Suppose there are 51 million Republican voters, 49 million Democrat voters, and 5 million Libertarian voters.
Again suppose, that 100% of the voters from each party vote for their party's candidate. Further, for this example assume that 100% of Republican voters hate Hillary Clinton and are neutral towards Ron Paul, and 100% of Democrat voters hate Donald Trump and are neutral towards Ron Paul. Further, suppose 100% of Libertarian voters are generally opposed to both Hillary Clinton and Donald Trump.

In this example, Donald Trump should once again win the election simply based on the number of votes. However, due to the close margin between the number of Republican and Democrat voters and the extreme hostility of them towards the other party's candidate, the "net satisfaction" of voters with the outcome would actually be maximized with a Ron Paul presidency.

Thus, such a system naturally paves the way for new parties to emerge when the public is largely split between highly divisive parties. Such a system could be implemented practically by simply giving a score to each candidate on the ballot instead of simply voting for your top choice. This additional information better represents voters actual preferences and could lead to outcomes that better maximize the actual satisfaction of the public with elected officials.

Just a random thought of the day.

Makes me sort of think of Ranked voting which is being implemented some places. You can see a little more about it here but basically you rank the candidates in order and if nobody reaches a majority you eliminate the last place guy and give his voters their 2nd choice. You repeat the process until you get a majority winner.

Interesting, thanks for the link. Yeah this was just a random idea that I had the other day. I suppose that the more information you can provide in the ballot, the more optimized the outcome could be in terms of a type of game theory problem.

I think you're over analyzing it. It's to vote for and hopefully elect the better of the candidates.

Lol, am I over-analyzing? Definitely haha

Now if you can figure away to unsheepilize the sheeple and get them engaged that might be a better use of your time or figure out how to become one of their many masters. I think we need much better political leadership.
Do you use @dustsweeper? My solo upvotes don't count.

I haven't heard of dustsweeper before, sorry!

In case you want to know about it. Posts less than .02 do not get paid.
https://steemit.com/community/@dustsweeper/ann-introducing-dustsweeper-a-new-service-to-turn-dust-into-profit

Two party system in America, 3 more or less here in Canada and they're all still crooked

My brother from the North, I couldn't agree more!

Here's what I know for sure about politics... Justin Trudeau is the worst Prime Minister in the galaxy. I will vote for a Kardashian, before I would vote for him...

Lol, I have heard that people are... ahem.... upset with Mr. Trudeau, to say the least. As for the third party candidates here, it's basically what you said. There is what some would call a concerted effort to keep them out of the debates, and a general bias against them by the media. Typically when a candidate approaches the threshold to be included in the debates, which AFAIK Ron Paul did recently, they instantly revised the rules to keep him out. There's a youtube video you can probably find pretty easily that details a pretty clear media bias against Dr. Paul.

hello friend ... it's good that he returns to his blog with this reflection, the truth I must say that I am very satisfied to read it, because the law with pause and very attentive to every detail, because this issue is important for my country and for me. It's interesting to consider: what is the purpose of an election? Is it to select the candidate that is the number one choice of a simple majority of the citizens, or is it to select the candidate that maximizes/optimizes the net satisfaction of all citizens? I will take the audacity to say that neither of these two obsessions is represented in my country, the citizens vote, but only those who are in power win, unfortunately. this Sunday were the elections and that's why I was very curious about this post, thanks for that

In my opinion, ballet system is more effective than machine voting system and machine vote possibly can be influenced. And yes, in an Economy we have many people who follows different beliefs and they have their own set of interest when it comes to election, and most of the time the elections are done more extent to the individual driven that's why we see some game changer results in election and these kind of scenarios are not limited to one particular country, these type of political influence and political game changers occurs everywhere. Thanks for sharing this post with us and really happy to read your post after a long time, hope you are fine. Wishing you an great day. Stay blessed. 🙂

The electoral system of the United States is one of the most complex and oldest in the world. Excellent approach, very well explained your system because it really matters what you decide the citizen.Greetings

hello friend I really like your thoughts and ideas to improve the elections, although we must go beyond the vote on a paper, or a machine and look at those people responsible for counting and monitoring the results. regards

Good strategy friend .. And to add something more United States has a detail ... small detail more: the electors that the citizenship designates are not required to vote for the president they sponsored during the campaign. Following the example of the state of Florida, suppose that the voters who campaign for the Republican Party win but then change their minds and when the time comes to elect the president, they elect the candidate of the Democratic Party.

Interesting thought so good to see your posts again

hello friend a great greeting, there are many controversies in the political my thought is very accurate in that the one who has power will never let down their guard, in my country we have a very tired system at the time of voting, with dijitalizadas machines and still he does not trust in her or in his managers excellent subject of very great amplitude.

Congratulations @trogdor! You have completed some achievement on Steemit and have been rewarded with new badge(s) :

Hello friend, I hope you are well, that this state is absent for a few months ... Great hypothesis. In general, direct elections with gradual electoral grades have similar results. However, in some cases, electoral systems allow the election of candidates who do not receive the most popular votes; being a recent example the US elections of the year 2000 where President George W. Bush was elected and the year 2016 where President Donald Trump was elected. BLESSINGS AND GOD CONTINUE FILLING WITH WISDOM AND SUCCESS

@trogdor You have earned a random upvote from @botreporter because this post did not use any bidbots.

Congratulations @trogdor! You have received a personal award!

Hi , am from China, your article is very good.
i want to translate it and share your idea with people around me.
is that possible ?
Thank you so much for your sharing.

I'm completely agreed with "net satisfaction" effect with both the scenarios , what if we have same satisfactions for two parties ?
If u allow people anger to participate in such a way , we will see there will be more hatred among people for their rival so simplified way should be analysed again . 😊