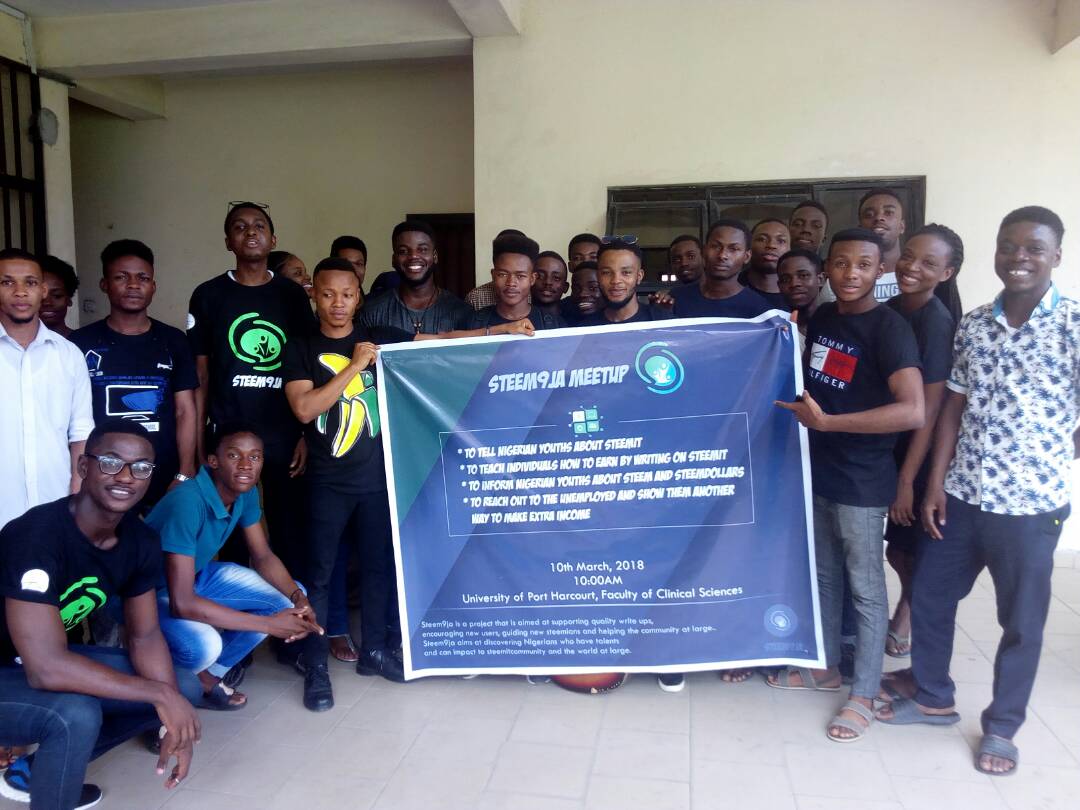 Steem9ja held a meet-up in University of port-Harcourt at the faculty of clinical science on the 10th of March, 2018.The meet-up was for the purpose of telling the students of university of port Harcourt about the Steem blockchain.
The steem9ja team organized the meet-up with the minnowschool and @stach The offline promotion included printing of fliers and campus sensitization. We went to major places in the university of port Harcourt to sensitize the university about the Steem blockchain. Here are the screenshots of the publicity. 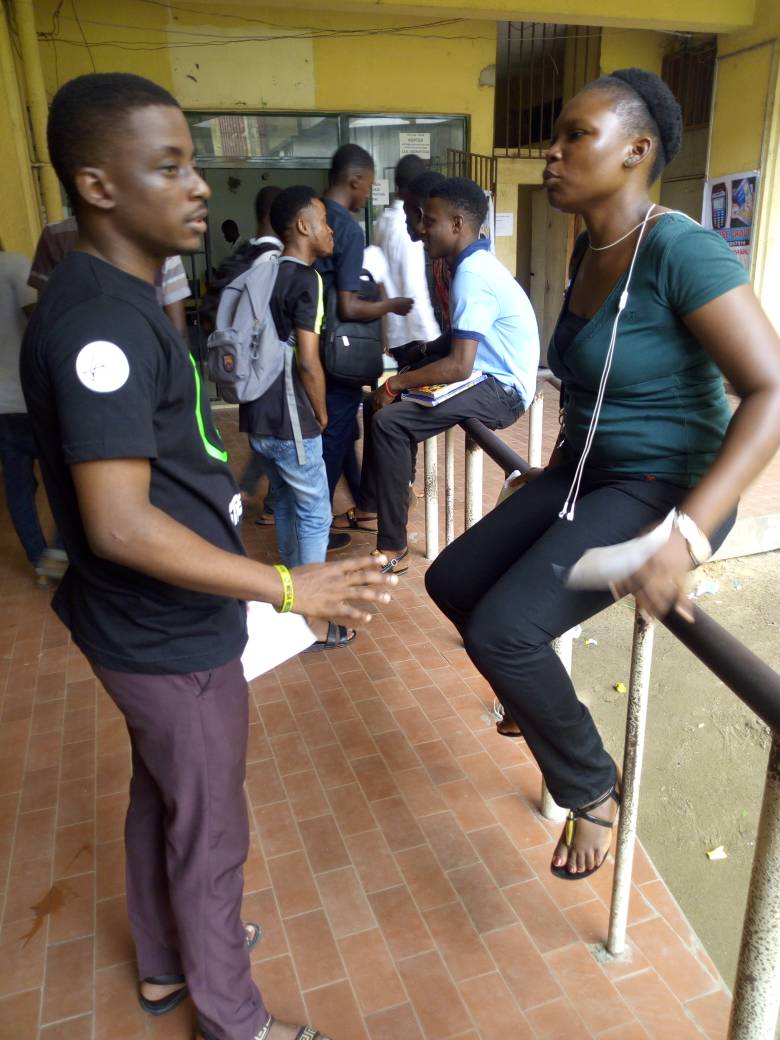 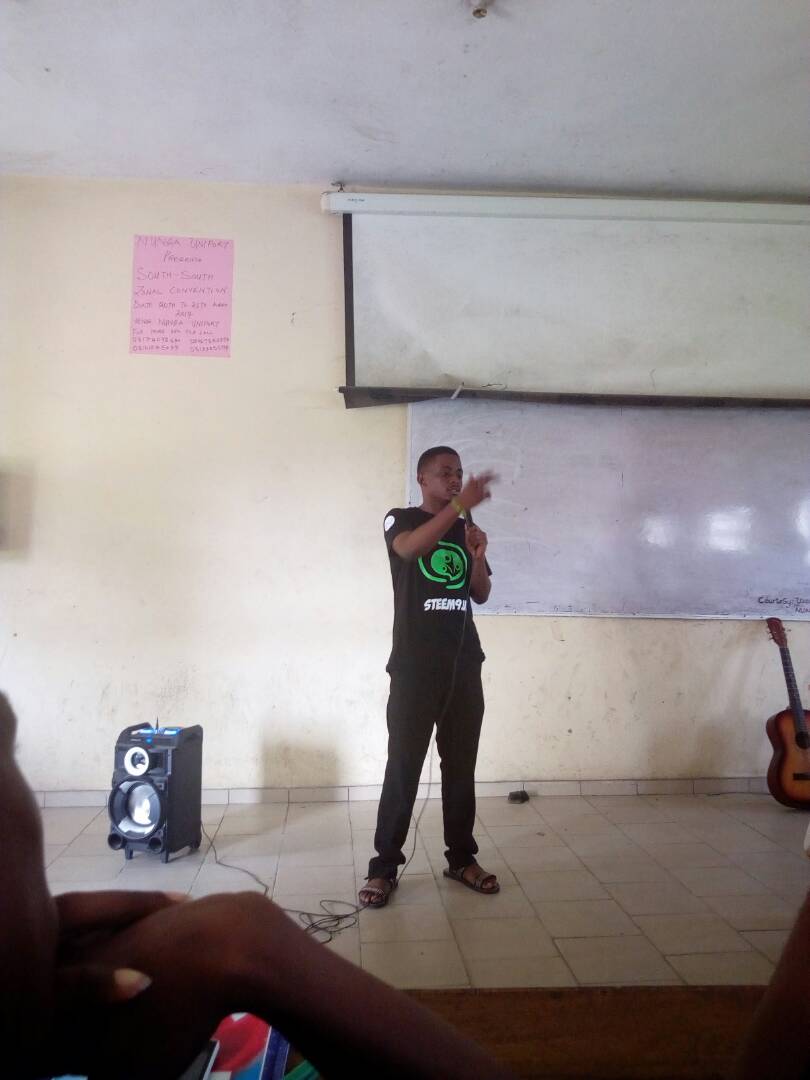 The final talk was by @bait002 who gave us tips as a minnow and taught us a lot about succeeding on steemit. 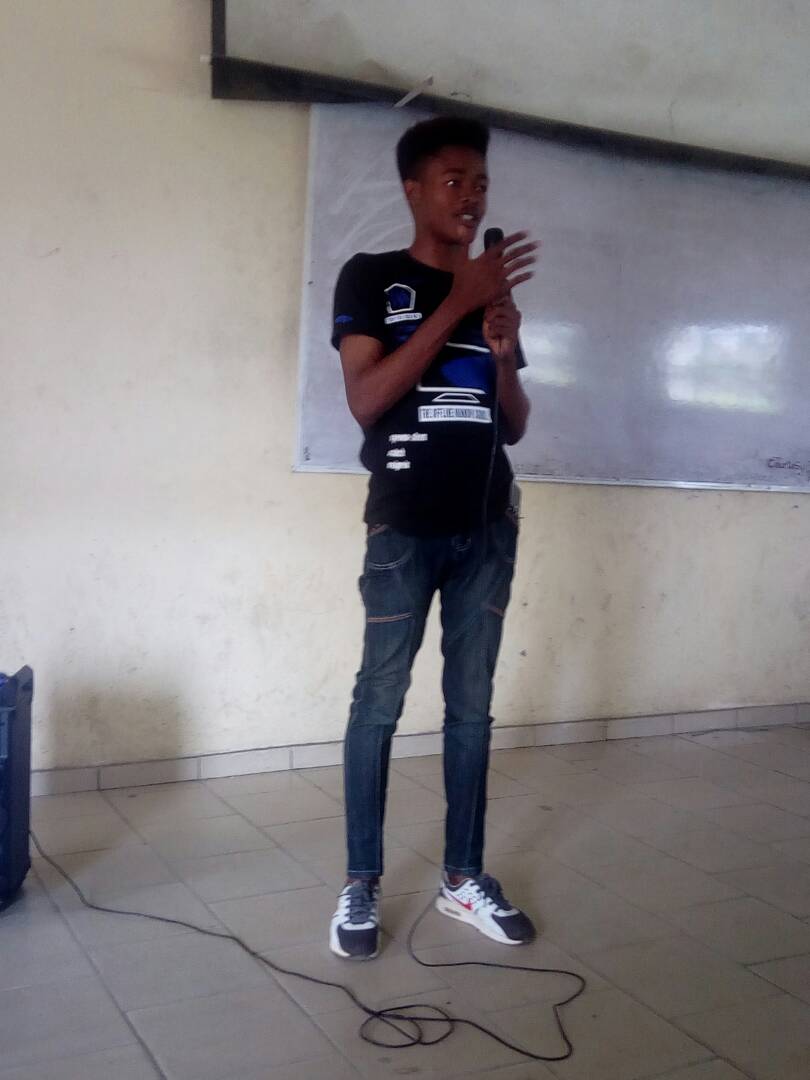 Different questions were asked and their answers were provided by steemians who had reputations of 52 and above. A total of 9sbd was given away at the event.
The sbd giveaway was given as a reward for participating in either the question and answer session or the music show.
Here are few pictures from the musicshow and a video. The giveaway was sponsored by
@bait002- 3sbd
@raymondbruce- 2sbd
@bhoa- 2sbd
@francistagbo- 1sbd 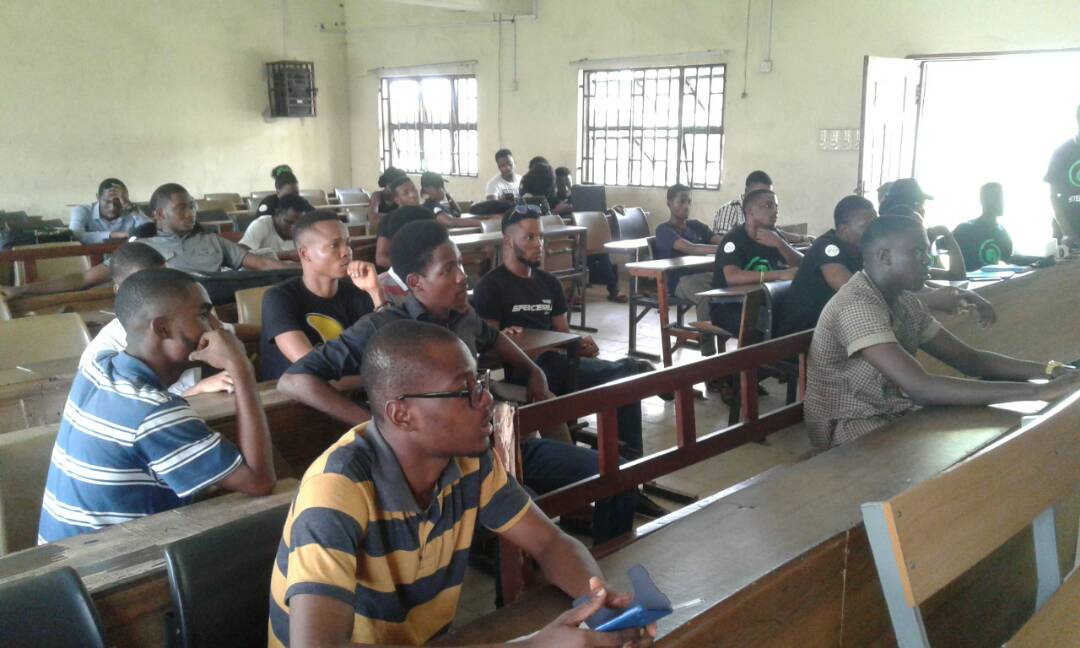 The meet-up ended with a photo shoot outside the hall and socializing with various steemians.. 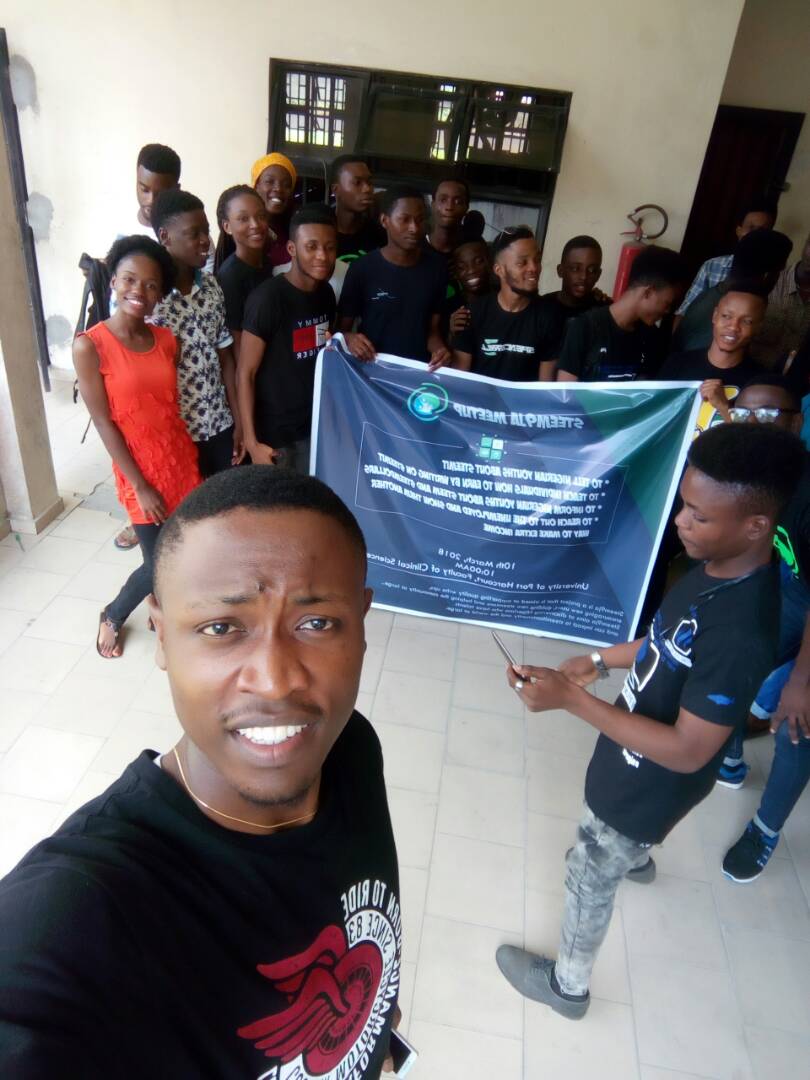 The meet-up was organized by efforts of the steem9ja team. The major drawbacks of this event are;

Special appreciation goes to God for allowing the meet-up to hold. We also want to use this medium to thank @stach for all the support for the meet-up. Special thanks to @steem-ambassador for their support.
Our appreciation also goes to the minnow school founder and co-founder for his presence. Many appreciation goes to @babaj for donating his speakers and projector for free.
Special thanks to the @steem9ja team for making this meet-up a success.
Finally, we appreciate everyone who came for the meet-up and supported one way or the other.

WATCH OUT FOR THE NEXT STEEM9JA UNIVERSITY MEET-UP

The next meet-up will be holding on less than two months time in another university in either Rivers state or Bayelsa state. Also watch out for steem9ja goes to Radio Nigeria to promote steemit. This meetup was held with the purpose of spreading the gospel of steemit.

Had fun and learnt a lot at the meetup.
Steem9ja to the top. Fully anticipating the next meetup.

It was a nice timeout . I had fun and learnt alot thanks to steem9ja. Can't wait for the next meetup

Absolutely fantastic stuff guys. Your efforts at spreading the message of blockchain, cryptocurrency in general, and especially STEEM are amazing and commendable, and you had some brilliant speakers there too!

Thanks for the encouragement.. This means a lot to steem9ja.. Thank you so much for every form of support. You all have been great... We intend to promote steemit to all universities and institutions in Nigeria

My beautiful port Harcourt people!
I wasn't aware otherwise I could have turned up with my people.
Thanks for spreading steemit, it has been an awesome experience so far.

Please drop more details.
Hope I'll be home by then.

I'm sure I missed a lot.
You guys did a great job.
Beautiful photos too

Great work guys!!! @Steem9ja and the team
Am also in port harcourt...
Sadly i am just seeing this now.
Will there be another meet up anytime soon?