Randowhale Is Back And Now Flags Shitposts

Many people were happy about it and immediately started sending in bids. However, there were a few unhappy customers. 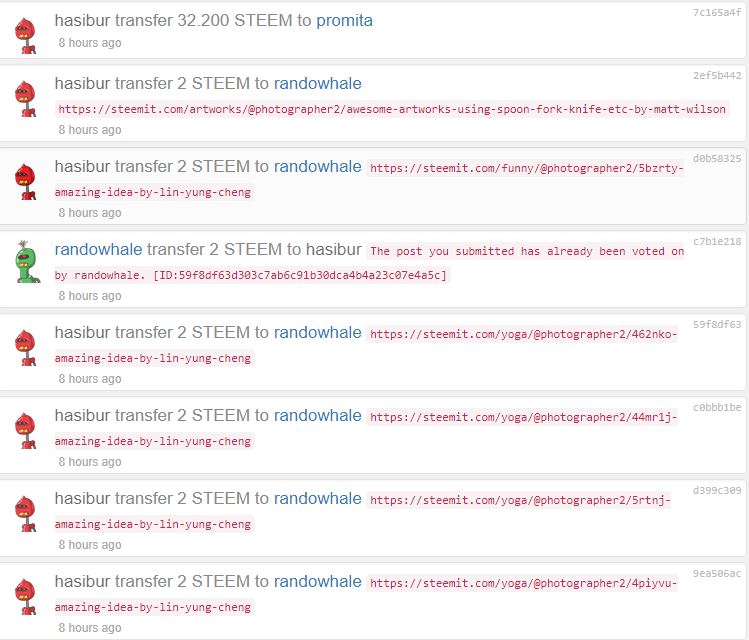 Here we can see @hasibur quickly sending in bids. It seems like he works very hard on steemit and posts twice or thrice daily. And @randowhale did its work by upvoting them with a random percentage but suddenly @berniesanders/@nextgencrypto realized that those posts were nothing but plagiarized shit and decided to unvote and then flag those posts. 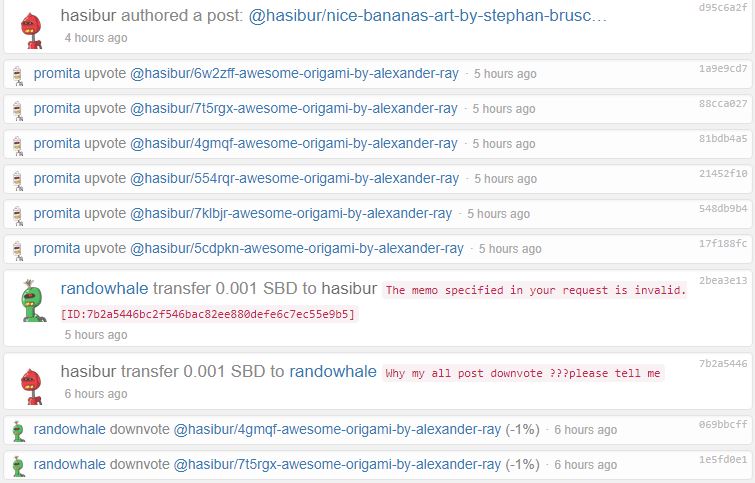 And then @hasibur demands to know why all his posts were downvoted.

It's good to see that randowhale is making efforts to curb the abuse of this platform by flagging and not refunding. I hope, moving forward, this continues to happen and all upvote bots follow in rando's footsteps (do whales have feet?). If you require help with identifying shitpost bids to flag, I would definitely be interested to help.

Congratulations! This post has been upvoted from the communal account, @minnowsupport, by Sqamemal from the Minnow Support Project. It's a witness project run by aggroed, ausbitbank, teamsteem, theprophet0, someguy123, neoxian, followbtcnews/crimsonclad, and netuoso. The goal is to help Steemit grow by supporting Minnows and creating a social network. Please find us in the Peace, Abundance, and Liberty Network (PALnet) Discord Channel. It's a completely public and open space to all members of the Steemit community who voluntarily choose to be there.

You have collected your daily Power Up! This post received an upvote worth of 0.2$.
Learn how to Power Up Smart here!