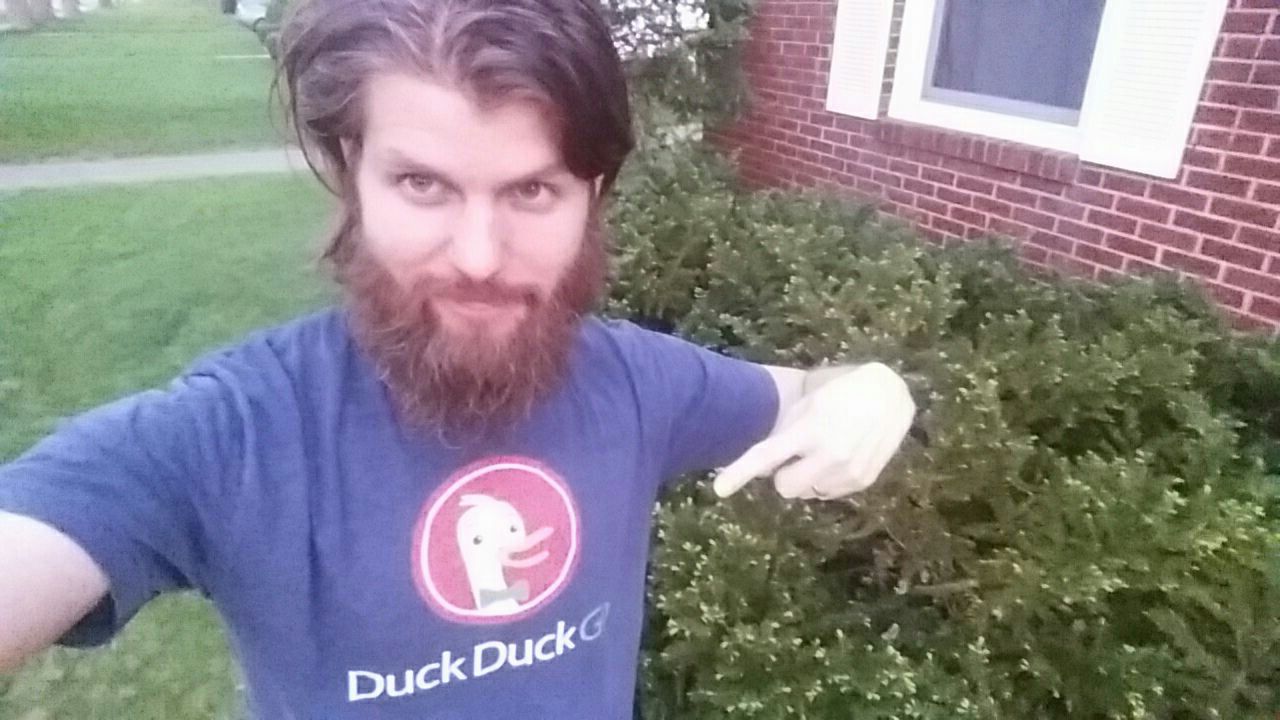 That's me enjoying the warm weather in my DuckDuckGo shirt.

"Selling" doesn't have to be a bad word

I've realized over the past couple years that I enjoy sales. The reason is that I've discovered that sharing things with other people that I like and think are valuable is "selling". In the photo, I'm "selling" the alternative search engine called DuckDuckGo. I've been using it for a few years. I heard about it from someone in my local Linux User Group meeting. He sold me on it's value as an important alternative to Google. Now I'm sharing it with other people and even using my clothing choice to promote it. That's selling.

Right now I sell a lot of things and ideas, but I don't necessarily get paid much for it. I'm looking to change that. I'm doing some research and reading and developing a plan for how I can sell people on the things that I think are important and get paid well for doing it.

Right now my main business is selling refurbished computers and I also sell the service of computer repair. I'd like to move more into promoting things that I think are important, that have the potential to make a big difference in people's lives.

As many of you know, I love the stability of Linux as a tool to get things done. Open source software is a tool of resilience. If you loose your computer entirely, you can get another load Linux and the open source tools you use and get back to work. Software that requires paid licenses is often more difficult to deal with, though it has gotten much better in recent years to keep track of with an online account. The great thing about Linux and Open Source software is that you don't even need an online account with a company to get your software back.

What do you sell?

There are things and ideas that I regularly tell people about. Frequently I "close the sale", either with money exchanged or someone trying something out that they wouldn't have without my influence.

What things and ideas do you sell? What's important to you that you want to share with other people?

duckduckgo sends your search query over GET which isn't great for privacy. Also it runs on AWS. I'm fine with using google if duckduckgo is the only alternative. I used to be a big fan, but I just don't buy into it anymore.

For sure, DuckDuckGo isn't perfect. The big thing for me that I like to share with people is that they don't build a profile on you of your searches. Most other search and social media companies do.

Upvoted your comment and followed you. I'm especially interested that you mentioned "Linux Mentor" in your bio.

The thing is we will never know if they keep track of our profiles, atleast google is honest about it. It could be that they profile people , but just not openly. The NSA has a very very very very dirty history. Check the book:"The Puzzle Palace".
You can see more on Linux mentor here: https://www.reddit.com/r/linux_mentor/
I did an intro post few months ago when I joined steemit: https://steemit.com/linux/@netscape101/how-to-get-into-linux-or-linux-system-administration
Let me know if you have any questions regarding Linux mentor. :)

You can sell software, and e-books on steemfiles.com.

Thanks for mentioning steemfiles.com - I hadn't heard about it and will have to check it out!