Our Home: The Milky Way Have you ever seen this cloud across the sky?

Maybe you have, but there's a more solid chance you haven't. According to some studies, as many as 80% of United States citizens have never seen the Milky Way galaxy as result of artificial light . [https://news.nationalgeographic.com/2016/06/milky-way-space-science/]

With the growing amount of light we give off during the night time, the particles in the atmosphere reflect more and more of it and light up the sky. And the worst thing about it all is that this is a problem that is not very hard to avoid, if we'd simply negate the use of unnecessary lighting and have street lights coned off to only direct their glow towards the ground where we actually need it. Otherwise the city skies will continue to look like this; 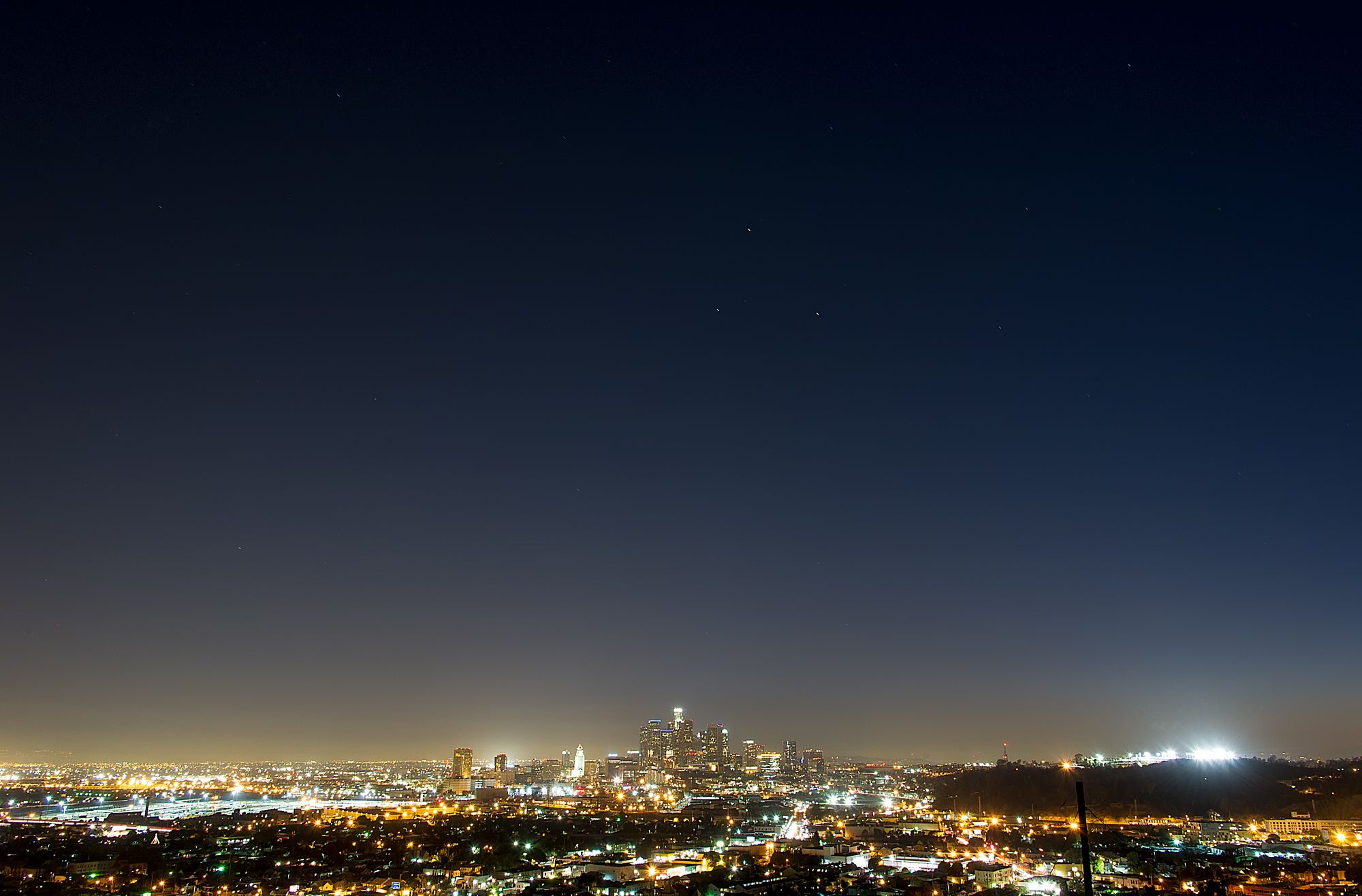 And don't think the suburbs are safe either, for the light they put out combined with bleed-off from local cities reders their skies only, "Slightly less bad", than the urban regions.

You can try to find the status of your areas light influence with this websites chart, http://www.cleardarksky.com/csk/faq/2.html
(This is also an excellent place to find what the cloud cover of your area will be like.)

So yeah, we are losing the sky by the day, and aside from dimming and disappearing stars, the main loss is that we no longer can view our own galaxy.

And this is truly unfortunate, as someone who's seen it a few times from dark locations, I can attest that there definitely is a strange, cosmic feeling that goes along with seeing your own host galaxy stretching across the entire sky.

But there's more to this band than meets the eye. Or maybe there isn't, you'd be astonished by just how much knowledge we attained and extrapolated with simple observation and critical thinking. Our galaxy's mystifying appearance has had a significant impact on human civilization for as long as humanity has been around.

How big is it? And what really are we seeing when we witness the band across the sky? These were questions astronomers have tried to answer since ancient times, yet, we only acquired the ability to do so with accuracy in recent history. Many attempts were made to first understand where in this presumed disk planet Earth resided. Many astronomers used a method of star-tracking. Counting the frequency of stars in certain regions of the sky and using logic to deduce that if there are more stars in one region, then we are likely farther from that side.

However every time someone tried this, they got seemingly convenient results, that we were almost dead center in the Milky Way. That wasn't enough for some, so other methods were tested, but it wasn't until astronomers came up with a method involving the counting of globular clusters when we got a truly rational answer. That we were around halfway out from the center of the disk.

But why did the star counting method not work? It sounds like a reasonable way to figure things out, more stars in one area means that area has more depth. But this is where size becomes and important factor. As it turns out, the galaxy is so remarkably large that it makes no difference where we are, because everywhere we look we're limited by our eyes to see a certain apparent brightness of stars. And the galaxy is so giant that no matter which direction to turn, you can't see the edge.

This is why some astronomers describe trying to understand the milky way's structure like understanding the structure of a house that you're already inside. It can be tough and quite often we make readjustments to our estimates, as of right now the most commonly accepted figure is that the Milky Way is about 100,000 light years across, however some have suggested it could be upwards of 150,000. . . Our galaxy is beautiful, but it very well may have looked much different at one point, smaller, gassier, and likely not a spiral.

Over time our cosmic island has cannibalized several other smaller ones to build itself up to becoming the behemoth galaxy that it is now, it and its neighbor Andromeda put together account for 95% of the mass in the local group, comprised of the two big ones, one smaller spiral called the Triangulum galaxy, and 27 dwarfs. Nearly every picture of a star or nebula or anything of the sort is within our galaxy, save for some things in the LMC and SMC. Its scale is one a different level from most things you'd observe in astronomy, considering it is comprised of them.

But what about that odd shape? How did the Milky Way, let alone any other galaxy, attain that spiral form?

Well it all relates to the presence of gas within the structure, and how the orbital movement of all the objects corrupts the motion. Everything orbits a common point of collective mass, (Not the black hole), and moves around with similar relativity to the things around them. But not everything is even paced, often there are points in which movement slows down due to gas presence. So the spiral arms along the galaxy are not spiraling with each other like one might imagine. In fact they, over the course of millions of years, have things enter in from the back, slow down as they move through, and then speed back up as they exit. I think Astronomy educator Phil Plait said it best when he described the spiral arms as being like a traffic jam, where car moves in from the back, slows down, and eventually exits by speeding up. But even though cars are constantly leaving, other will enter the slow zone as they do so.

Now spirals are not the only kind of galaxy, I'll reserve that content for a later article, but the beautiful structure and form of spirals is indeed, a traffic jam.

As you may know, our galaxy is believed to be home to a scary huge black hole, known as Sagittarius A*. It has an estimated mass of 4 million suns, and chances are it once could've been active and involved in the creation of the galaxy. However nowadays it is considered "Inactive", which actually just means there's nothing near it to get eaten, at least, not right now. It is suggested that when our galaxy and Andromeda collide in several billion years, the Black hole over here, and the even more monstrous one with 200 million solar masses over in Andromeda will merge and become active as material gets mixed up within the center once again.

Which may not sound like much, but it actually means the newly formed, "Milkdromeda Galaxy", will become an active galaxy in which a Quasar has reformed in its heart, shining bright for all the universe to see. 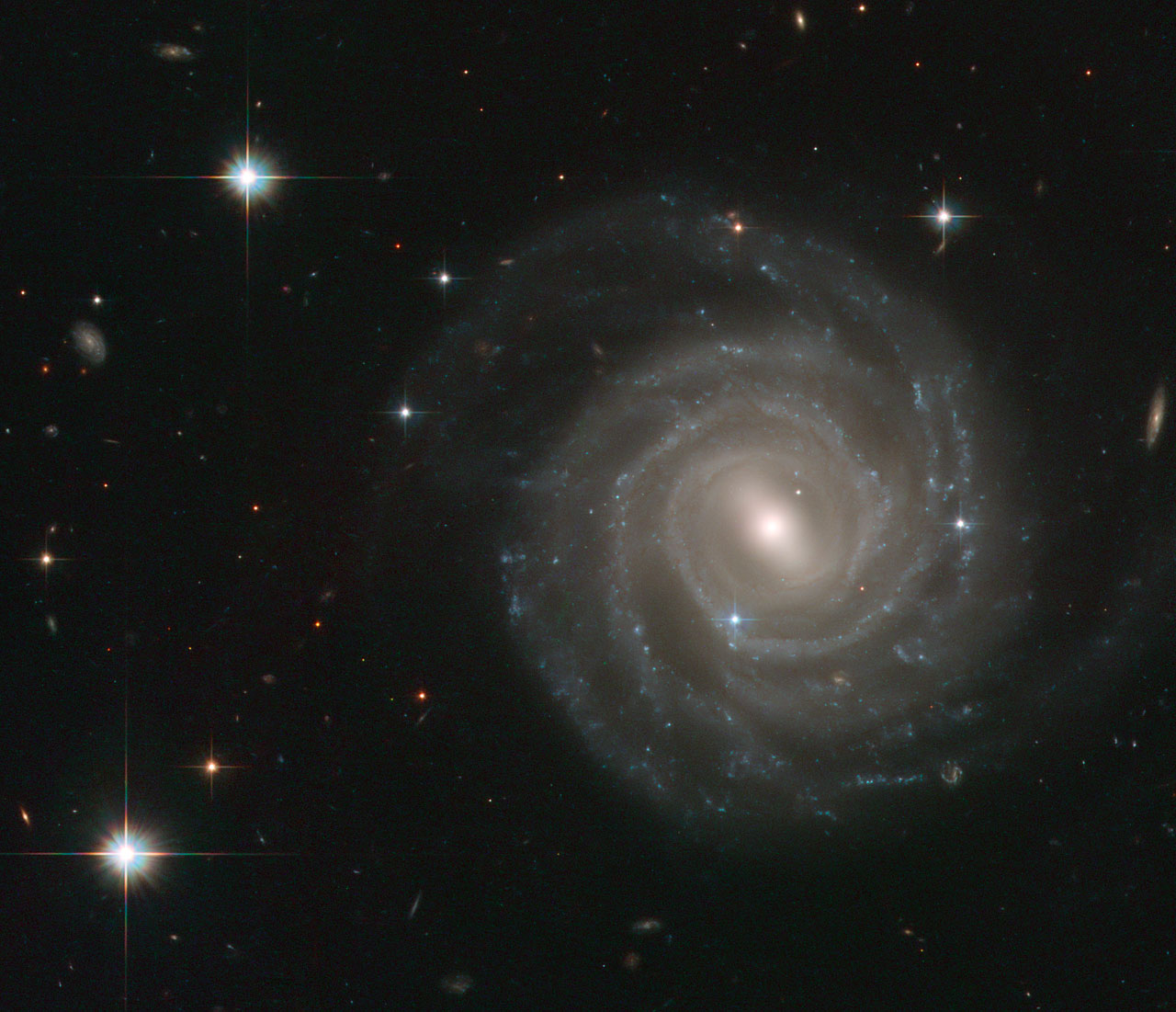 This galaxy, called UCG 12158 is believed to show resemblance to what our own galaxy would look like from a similar angle.

Interesting thing about the milky way is that it is actually called a "barred spiral", which actually means it has a bar in its center. A long bar comprised of the most common type of star, billions and billions of red dwarfs.

It is estimated that there are around 200 Billion individual stars in this galaxy, and about half of them are located in this barred region, meaning they're very close together. Which makes them appear as a bright collection of orange glow around the Milky Way's visible core. Which of course is the most famous place to photograph the band due to its bulging and different appearance. However keep in mind that, from the right conditions of course, the entire galaxy can be seen from horizon to horizon, either side .

Which makes Summers and Winters all the more interesting. In the Northern hemisphere, the winter sky indicates that we are in fact looking out, away from our galaxy and towards the exterior arms of the galaxy. While in the Summer we are looking inwards at the center of the structure. Reminding yourself of this and what it truly is that you're seeing is what makes the Milky Way such a wonder to look at. Gas, dust and stars make for a truly majestic structure. And in case you're a poor soul like me who lives in a region where artificial light would never allow you to see this for yourself, there are a multitude of places reserved for dark skies, even in fairly light scattered regions. For instance, if you live in New England or even the Rust Belt region of the US, Cherry Springs State Park in Pennsylvania is a solid option for the darkest skies on the East Coast. Surrounded by over 200,000 acres of forest to seal it off from the light laced world.

Remember, pictures of the band do not depict the appearance of the galaxy accurately. In reality the band appears broader and equally sharp, but not contrasting its background nearly as much. It blends with the sky as a distant looking part for the big picture. Which frankly makes it look far more grand than the photo versions.

At least, that's my opinion.

Indeed . The milky way is a spectacular view to watch. I hope it retains its beautiful characteristics if it ever merges with Andromeda in the future... Resteemed this...

You can check on @minnowsupporter to know how I can better support you ;)

This is an amazing post. I love Science and I post a lot about astronomy...
Upvoted for @minnowsupporter

Wonderful photos! I alwYs wanted to be anastronomer as a child. But that was an unknown subject here. I bought my one astronomy book when I was ten years old.

What an amazing post @astronomyizfun. Totally agree with you about artificial light contamination: it makes us lose the magnificence of stars and Universe. It made me remind when Lisa Simpson fought against Springfield population so that they could see stars raining. I'm also an unfortunate stars enthusiast that loves looking to the night sky and get lost into marvelous Universe.

Thank you for sharing this post with us and thank you @minnowsupporter for bringing such great post!!

Hi @felobtc I just want to inform you that I am really constantly checking on my resteemed posts and I can see that you've been supporting them. Your efforts have been counted. You have a VERY big chance to be featuted

Wow, these images are amazing! It's a shame we can't see the sky as clear due to the artificial lights... Wish I could go to Iceland and watch the sky there :)

Thank you so much for supporting my Fork In The Road post, I really appreciate it!

You probably already know that one of the best places in the world to view the sky is the Atacama Desert. I just learned this yesterday, and then read your post today. Interesting coincidence.
Great information, and pictures. Easy to follow your technical information.