The 9 Biggest Misconceptions about Space

I don’t think anything rustles my Jimmies more than hearing someone make a false claim about Astronomy. And I know I speak for mostly anyone with an interest in the subject. I generally try not be the know-it-all guy who is always correcting people’s statements but if it’s one of the following misconceptions, I can’t keep my mouth shut.

-The Moon’s phases are from Earth’s shadow

If this was true, why would “Lunar Eclipses” be a thing? No, the Earth’s shadow is not responsible for the Moon’s phases, otherwise a half full moon with a straight line wouldn’t be possible. Lunar phases are the result of us seeing both the daytime and nighttime sides of the object. When the moon is full, we are seeing the whole daytime side, hence why it rises right at the beginning of the night, it is directly in opposition to the sun from our perspective. However when the moon is new, the day time side doesn’t face us at all, hence why a new moon rises at the beginning of the day and moves close to the sun.

-Most stars you see are dead

This one always grinds my gears, every once in a while I’ll hear someone say, “You know, because the light takes so long to reach us, most of the stars we see now are already dead and we just haven’t seen it yet”. No, this is not true whatsoever, chances are absolutely none of the stars you see in the night sky are dead yet, and won’t be for a very, VERY long time. Sure stars are far away but the distance to any of the stars we can see, in light years, is nothing compared to their lifespans. All of the stars we see with the naked eye are within 5000 light years and the farthest ones we can view with telescopes outside of this galaxy in the Magellanic Clouds are at most 200,000 light years away, still a tiny amount of time considering even the shortest lives stars with survive at least 2 million years.
The only possible exceptions, although still incredibly unlikely, are Betelgeuse, Eta Carinae, and WR 104.
Out of this group only Betelgeuse is visible to the naked eye and the others are just outside the range of unaided visibility. All three will likely explode within the next 100,000 years and therefore it is possible that they’ve already blown up and have yet to be seen, but still, very unlikely.
So fear not, the stars are fine, and your dreams aren’t dead.

This one stems from the commonplace illustration of a black hole showing a steep dip in space time, but this is merely a 2d illustration used to show how a black hole bends space more drastically than anything else. It does not accurately show what they, are what they do.
Black holes don’t suck things in, there isn’t exactly any air to do so with, they attract things in the same way that everything else does: Gravity. And black holes aren’t some funnel of gravitational pull, they are instead spherical like most other things in space. 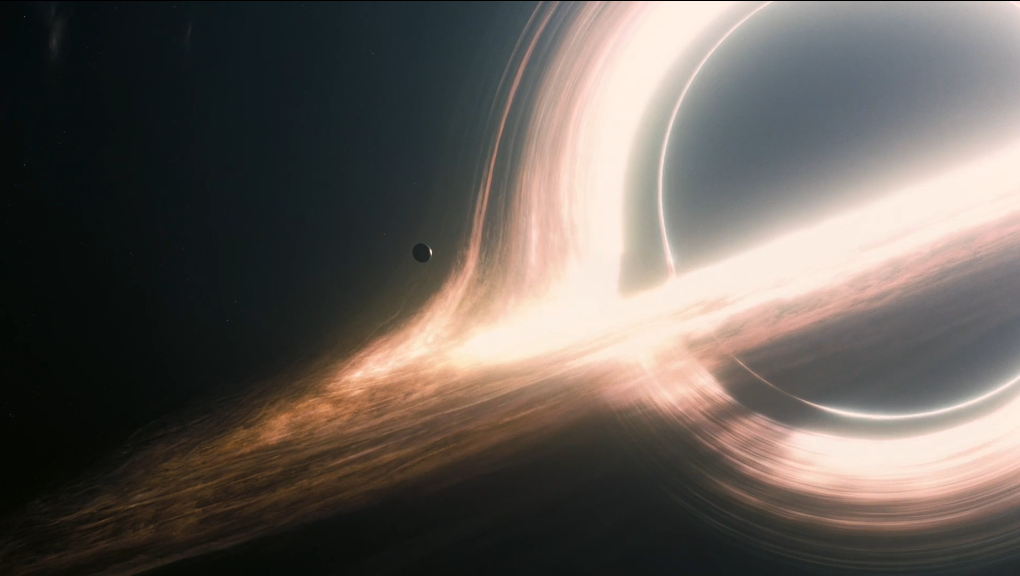 Also worth noting is that the black circle seen in the picture above is not the actual object, it is merely the event horizon at which light no longer leaves the gravity of the object hidden within.

-The Sun will explode/turn into a black hole

No it won’t, in fact the vast majority of stars won’t do so as they do not have the required mass to fuse the heavy elements involved in Supernovae or the formation of Black Holes. Only stars that start out with at least 8 times the mass of the sun will end up fusing Silicon into iron and building a core of overly massive elements that won’t fuse, resulting in their collapse from too much gravity and a shock wave sent off from the core that smashes into the star’s outer layers and blast it to smithereens.
This process is also directly related to the formation of a Black hole or neutron star from the former core of the star. The sun will go more quietly, puffing its outer layers off piece by piece and exposing a more modest White Dwarf at the center.

This really depends on how you think about the size of stars. On one hand thinking logarithmically and considering every star size, one would conclude that the sun is somewhat average if not rather small. As its about Ten times the diameter of the smallest red dwarf stars and a puny pebble compared to the largest stars. However, at minimum estimates, 3/4 of all stars fall into the red dwarf category. Red Dwarf stars don't get much bigger than 20% the size of the sun, and the majority of the rest of the stars, about 15% of the total, are also Yellow Dwarfs, just like the sun.

So while one may consider the sun to be in the middle of all the star sizes, at least 75% of all stars are much smaller than it. That number is probably closer to 80% as its in the middle ground for its own class. Not to mention that when it expands into a red giant, at its largest the Sun will briefly be a part of the top 0.5% of stars by size.

-Jupiter is a Failed Star

This on is partially owed to Carl Sagan when he described Jupiter as a "Star that failed". He did so as a way to demonstrate how the Composition of Jupiter is similar to stars so that people would understand that a star is merely a massive ball of gas that in theory could be formed from anything. However, the notion that Jupiter almost became as star but fell short of that goal is pretty nonsensical.

Sure, it you were to continually add to Jupiter's mass it would eventually ignite fusion and become a star, but you'd need to add quite a lot of mass, around 80 Jupiters added together would just be enough.

Keep in mind, while the sun contains 99.8% of the solar system's mass, if you just consider the non-stellar objects, Jupiter comprises about 70% of everything. That means the proto-planetary disk that once surrounded the Sun and formed into planets could have all come together into one object and still been nowhere close to becoming a star, the Sun simply didn't grab enough material for another star to form.

So the Sun is like a giant ball of fire right?

No, not at all actually. It would be nearly impossible for fire to occur on the Sun given its complete lack of oxygen. The Sun is another form of Ionized gas though. When gases surpass the energy levels that make them gas, they can get so hot that they'll become plasma, another form of matter where the electrons float away from the nuclei. The sun is a giant ball of this material, not entirely comparable to fire.

-Mercury is the hottest planet

This one is just common sense right? The planet closest to the sun is naturally going to be the hottest of them all. Except that it isn't. Not even at the height of day, with one side of the planet staring into the Sun's face, will the surface of Mercury ever get hotter than that of Venus.

Venus has a thick atmosphere, very thick. So much gas lies within the atmosphere of Venus that the greenhouse effect goes nuts and heats the planet to a temperature hot enough to melt lead. The temperature and pressure are so intense that very few probes can go there. And those that do will only survive for a matter of minutes, but they get some cool pictures.

What are all of these things? Why are there names always interchanged? Are they different words for the same thing?

It turns out they are all different from one another. But fairly connected.

An Asteroid is a rock floating around in space, it does not have any ice on it. A Meteoroid is an Asteroid inbound to hit Earth, a Meteor is simply the light phenomenon observed when it makes contact with the atmosphere, and a meteorite is the asteroid once it hits the ground.

A comet is just an asteroid with Ice on it.

So remember, next time you see a flash of light across the night sky, it's not a meteoroid, meteorite, asteroid, or comet, it's a meteor. And a rock floating around in the Asteroid belt is not a meteor or a meteorite, it's an asteroid. 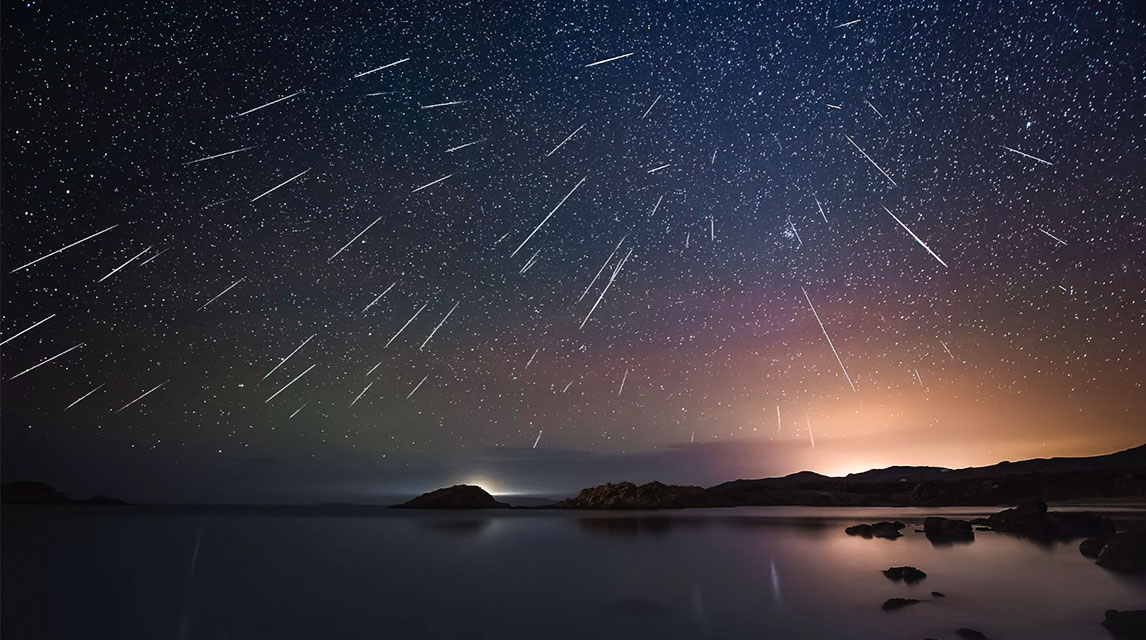 Hi @astronomyizfun. Your article has been featured in The Underrated #1. You can click here to find out.

Please note that every suggestion that I have written are my own personal opinion. Thank you and keep on producing great STEM-related article.

Whoa, this animated gif of Jupiter is fabulous! Your thoughts are wonderful too–I so enjoy wondering about the cosmos. I appreciate the wealth of information your sharing here. I think you're right that there are many misperceptions. My kids have totally wacky ideas about space, and honestly I'm sure I do too. I remember seeing A Brief History of Time, as my mind opened to new possibilities. I love the way astronomy opens the mind, as we work to understand something so vast through our tiny telescope glimpses.

I found this thanks to the OCD daily issue :-D I love that picture about the dead stars. I LOL'd pretty hard and had to text it to a friend.

Amazon post!!!, WOW i love this type of information!!!, thanks and thansks you for your support of my post!!!