The Earth is NOT Flat!

Some people believe it's all a grand conspiracy by the evil government to prevent people from knowing the truth. They maintain there was never a moon landing; it was all simulated; the NASA did an excellent job of faking it. Most important of these beliefs is that the earth is flat. These set of people are known as the flat-earthers. They even have a "helpful" website where issues relating to flat earth are promoted and shared for "discovery of truth through free discussion and argument." 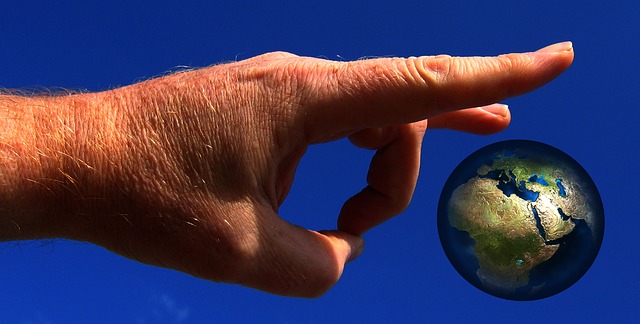 Don't flick me off just yet! Pixabay

Any Proof the Earth is Nothing But Flat?

The first "proof" a genuine flat earther has to the earth being flat is simply an everyday phenomenon; if you take a walk on any earth surface, it mostly feels and looks flat.

But if the earth is flat what keeps people from walking off the edge of the Earth? A flat Earth should have an edge, doesn't it? Or aeroplanes like the experimental aircraft, Voyager which circumnavigate the world nonstop, in 1986 accomplished that without falling off earth's edge.

As they say, if there is a question, there is someone out there who has the answers. The flat-earthers believe the Earth is flat and surrounded by an ice wall. Heck, the @flatearthorg even tweeted a picture of the wall to prove the people wrong who thought the Earth was a globe when Elon launched a car to space and showed a lifestream of the proceedings which included the nicely curved earth in the background.

The wall must have been the giant 150-foot ice wall that somehow prevents people from falling off the edge of the earth. Which, true to a lot of things believed by the flat-Earthers, has some element of government in the mix. Some armed government agents guard the wall to prevent voyeurists from climbing the wall or worst falling off the edge of the earth unwittingly.

The Stick and Shadow Method

Ancient Greeks as far back as around 500 B.C when Pythagoras came up with the idea of a spherical earth. Though the possibility that it was Aristotle who around 384-322 B.C proposed sperical Earth due to some particular observations he had as evidence.

That was not all; the Earth causes a circular shadow to be visible at the time of a lunar eclipse which shows the different constellations to be visible when looked at from different latitudes.

The Greek mathematician and poet, Eratosthenes, was able to calculate the circumference of the earth to within 10% error around 250BC using only the position of the shadow casts by two sticks.

The Ancient Greeks placed two sticks around 500 miles apart. Recall if the sun is directly above a stick, there will be no shadow. But, if we check a city some 500 miles away, another stick on the ground will have a shadow. This shadow is proof that if the Earth is flat as some people will have us believe, the two sticks should either have a shadow or not have one as the angle will be same towards the sun. But the shadow did not behave the same way on the two locations which goes to show the Earth's curvature is why both sticks were at a different angle hence cast a different shadow on the ground.

That was thousands of years ago, but what happened to today? How do I see the Earth's curvature to see for myself that it is real?

It is hard to see the Earth's curvature without moving up high. But not to worry, you do not have to be an astronaut to enjoy the beautiful curve.

To see the curve while on the ground is similar to trying to observe the curve of a huge ball while standing 1/10th of an inch from it. If you can pull off that, then you will have no problem just looking over the horizon and seeing the curve.

But too long ago, passengers in the commercial jet of Concord travelling can see it. You can take at this video made by a passenger onboard the Concorde Flight in 1998 at over 50,000 feet while travelling at twice the speed of light (Mach 2).

But even though the Concorde is no longer flying, not to worry, you can put a camera on a balloon. This was exactly what the physics students from the University of Leicester did when using a high altitude weather balloon.

You can watch the breathtaking HD video of the Earth's curvature as captured by the high altitude balloon camera here. 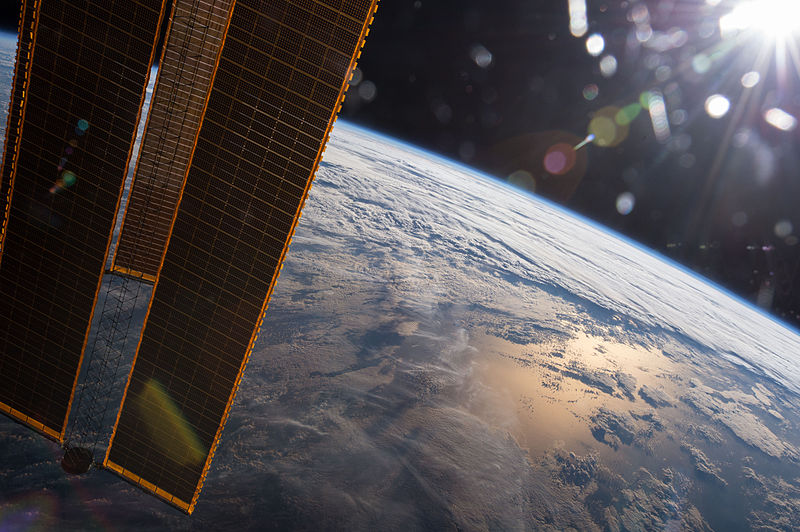 Let us imagine you do not have the time to go flying upwards; we can just look at the simple phenomenon of the day and night.

In a dark room, take up a torchlight with streamline beam and shine a light on a ball. You will notice some part of the ball will be illuminated. If the ball is spinning, the illuminated portion will change. The ball is the earth spinning, and the torch in this little experiment is the Sun. The Earth gets its day when the torchlight, the Sun, is shinning on that part of the world, another part of the world may be in darkness.

Flat earth will not have a different time zone. Everyone will have daylight at the same time as well as the night on the same period. No time zone. Earth as an oblate spheroid [ CC-BY-SA-3.0], from Wikimedia Commons Licenced

Although the earth is not a perfectly spherical, saying that it is flat is just something someone will say if they refuse to see the many obvious reasons which point to it being false.
But there is no way of really convincing a man that is hell bent with all the evidence that the earth is not flat. We can only hope they do not fall off the surface of the earth or like a friend once mentioned we should send them to the moon to see the roundness of the Earth.

The earth cannot just be flat.. Hell no!

Apart from the evidence, it would mean i have wasted my time going to school to learn that the earth is geoid.

Some are hard to convince. Lol

I had a discussion one rime with a colleague at work. He said the artist B.O.B is spare heading a campaign to tell people that the Earth is flat. Well I just told him pint blank that the evidences are obvious that that cannot be true. He asked for one evidence and I said

Day and night: If the Earth was flat, then everyone will see the sun at the same time!

He is not the only celebrity; he even wanted to finance a proof of flat earth using a gofundme for $1 million, sadly the campaign got only $6899 of which he donated $1000. His tweet shows he is a genuine flat-earther. You can see other celebrities who believes the earth is flat here.

wow..Really! Thank God for science, it would have been a case of 'whose word is most powerful/who is more influential in explaining the universe' I just checked the link to other celebrities. well I think they should work more on proofs rather than words of mouth.

Even before science gave evidences and proves to the spherical nature of the earth, the Bible already said so. Isaiah 40vs22; Job 26vs7. It even mentioned that the earth is suspended above nothing, which gives evidence to gravitational laws.
But if they cannot even believe what science has proven I wonder if they can believe what is recorded in the Bible.

Yes! most things science proves has already been explained by the Bible...

Millions of people still believe in that in 2018... This is sad, but there is nothing much that can be done against conspiracies. If you are not against it, you are summed to be part of it... ;)

For the flat earth business, please have a look to @kerriknox blog. It is really good and you may like it :)

I just did, and I liked the way the facts are presented on the blog. I guess there is a conspiracy theory for virtually all explainable event on earth. People are so suspicious of the government, and sometimes the big pharma, that they sometimes overstretch their imagination. Some even argue the moon landing was CGI and I wonder where we got the technology to perfect such in 1969!

It is good to question everything, but at some point, we must surrender with respect to evidence... ;)

Well, that is another interesting way to look at it, without questions we may not be where we are in both innovation, science, and technology. But in the face of all the evidence, we still have diehard flat-Earthers. It is indeed strange.a

Well, I have known about the phenomenon of earth not being flat since my geography classes and the fact that we'd probably be seeing the sun all at once was used to back it then

Yes, of course, even in 2020 they'd be some. Until we start jetting off to Mars, there would always be the fellow who thinks that a non-flat Earth is all a grand conspiracy.

Lol, true tho.. That's why we are humans - diverse

well, the earth could be flat (in my dreams!)

You'd wake up to a spherical one very very soon. Lol

It is visible to the blind and audible to the deaf that the earth is not flat. The ship visibility, the sun rise and its settling..its enough to prove that it s not flat.. Even Ferdinand Magellan and his crew prove to us if i could recall well from my geography that the circumnavigation of the earth in 1519-1522 proves that it is not flat or rectangular in shape.
I love this post it rejuvenated my brain back to those days in geography.. Keep up with the good works bro

That is what they are sometimes called.

lol, someone paid dearly just to prove this point and people still think the earth is flat?

Sadly, we still have members of the flat earth society still very much with us.

I find it hard to believe that there are still people thinking that the Earth is flat.

But this debate will be over in the coming decades, when space tourism become a real industry and people will finally be able to see with their own eyes that the Earth is indeed, not flat.

I think some of them do not really take it serious, but a surprising number of them do. It's weird to see that. I believe when we go visiting the Mars like a holiday to some choice country, the flat conspiracy will then die a natural death.

Some people may not agree with you, but it's good to see someone that sees the truth in the real verifiable situation such as this. Thank you.

You can actually see the curviture of the earth when flying in a jet.

If it flies high enough to about 50,000 feet you'd see the effect of earth's curvature. Just out of curiosity how did you end in buildawhale's bad books?