These are 10 Pieces of Evidence That Aliens Exist 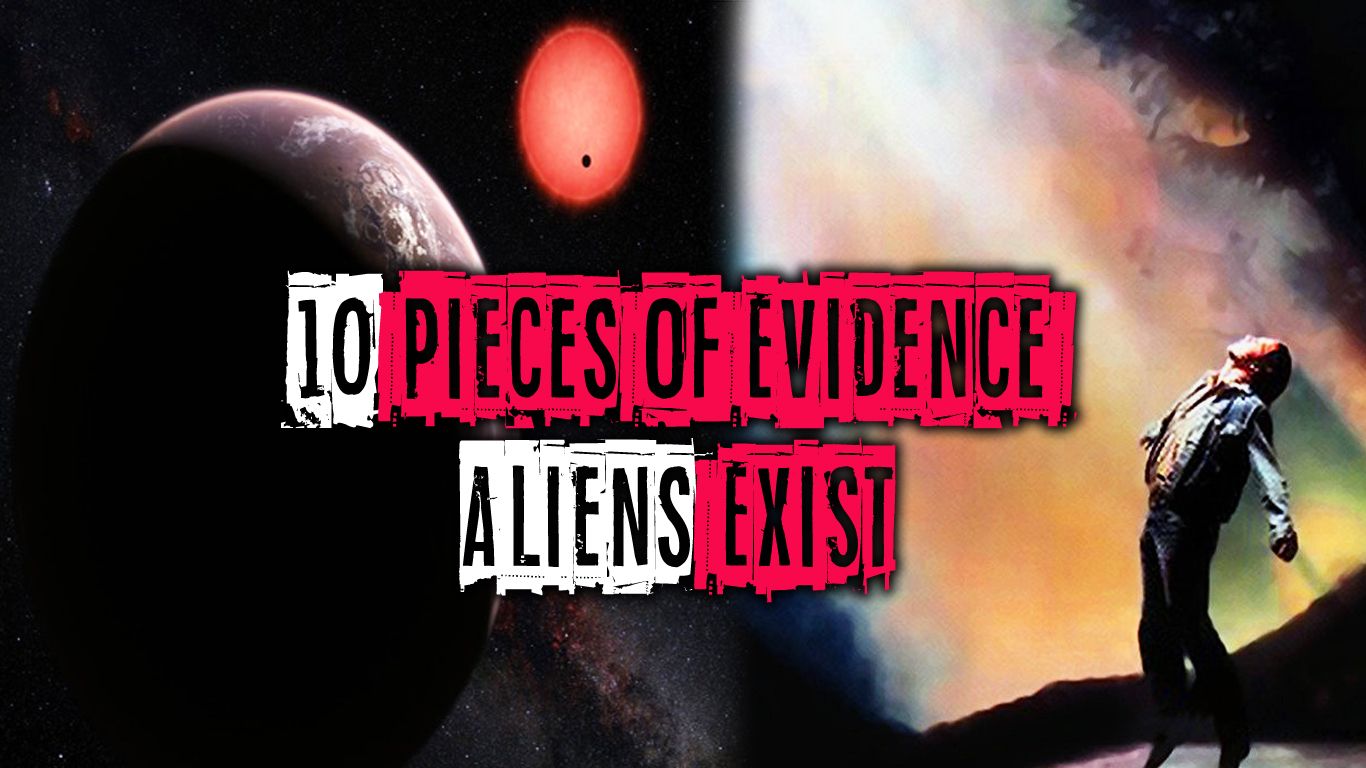 Just when you thought that you were alone. The concept of alien life has been heavily debated for hundreds of years. Are we alone in the universe? Is there other intelligent life out there? Well, as it turns out, there are multiple significant pieces of evidence pointing to yes.

These are 10 pieces of evidence that aliens exist. One of the most compelling arguments that alien life exists is the Drake Equation. In 1961, renowned astronomer and astrophysicist Frank Drake developed this equation in order to estimate just how likely it is that we aren't alone in the universe.

The formula considers a bunch of different factors, like how many stars have solar systems, the number of planets that could support life, how long these planets live, and how much of that life could be intelligent.

The equation was tested in 2001 using our own galaxy, the Milky Way, and the results were pretty impressive. There are 160 billion planets just in the Milky Way galaxy, and the study found that statistically speaking, hundreds of thousands of them could support life, meaning that intelligent alien life is mathematically highly probable and will probably be much closer than we think. 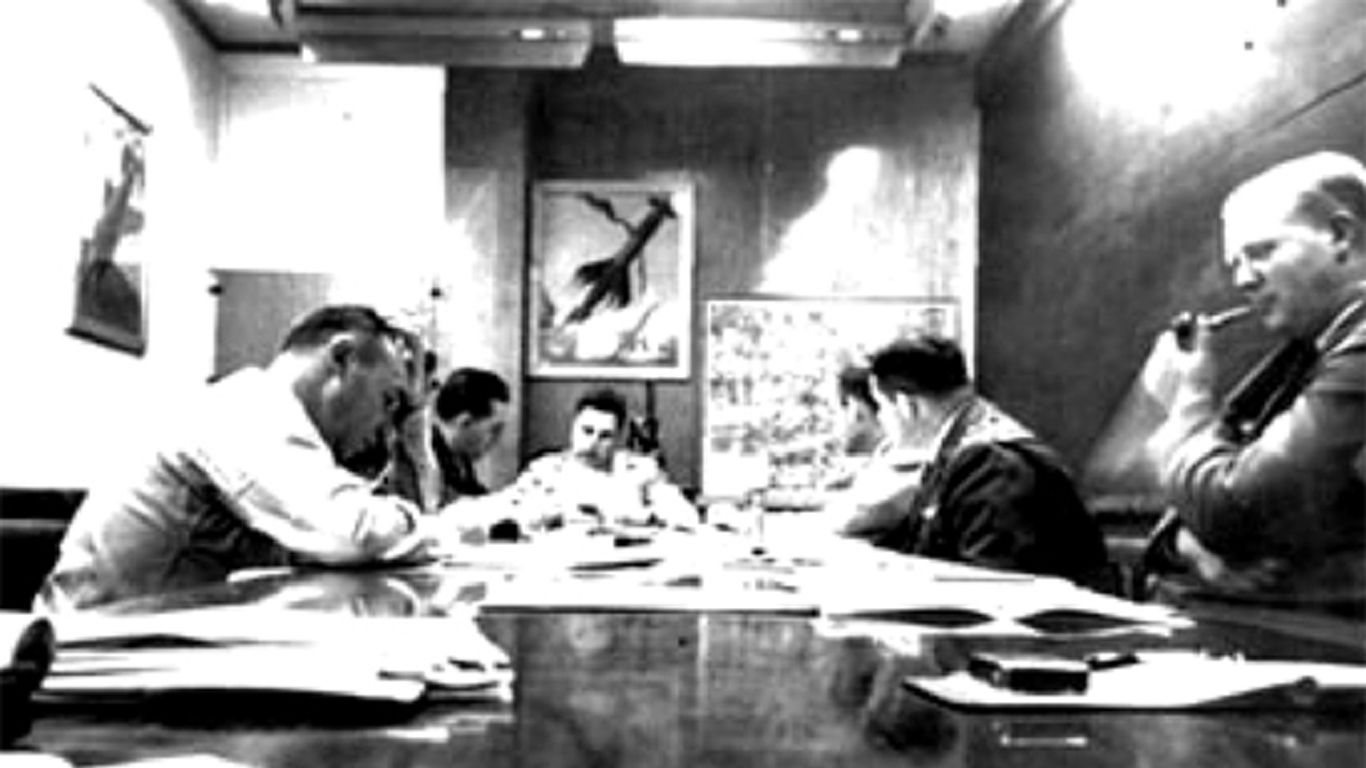 Project Sign was an official study under the United States Air Force to investigate UFOs. The study ran from 1948 to 1949, but it was kept secret for years. The investigations undertaken by the project were intended to debunk speculation that UFOs were extraterrestrial, but of the nearly 13,000 sightings that were studied, 701 of them couldn't be chalked up to weird weather or human made objects. In the end, the government had to classify them as unidentified.

The final report, titled The Estimate of the Situation, was supposedly written by the project's director, Robert Schneider, and supported the extraterrestrial hypothesis even though higher ups rejected it. It wasn't until 1956 that its existence was revealed in retired Air Force captain, Edward J. Ruppelt's memoir, and in 1961, its findings were finally declassified. Project Grudge, Project Blue Book, and all studies supposedly ended by 1970. Reports of these mysterious markings date all the way back to the 1500s and have become a cultural phenomenon. Some reports suggest that nearly 80% of crop circles can be considered manmade, but that still leaves a good 20% whose origins cannot be explained. They tend to appear in fields of corn or wheat where the crop stalks are long enough to be bent.

Farmers have reported that they appeared in the middle of the night and seemed to be created within minutes even though they never heard or saw a thing. Theorists believe that alien could be responsible and that the markings are a form of communication or imprints left from UFO landings.

A major reason for this is the precision with which the crops are bent into elaborate designs without damaging or breaking the stalks, suggesting the precision at which this is accomplished may be beyond human ability. 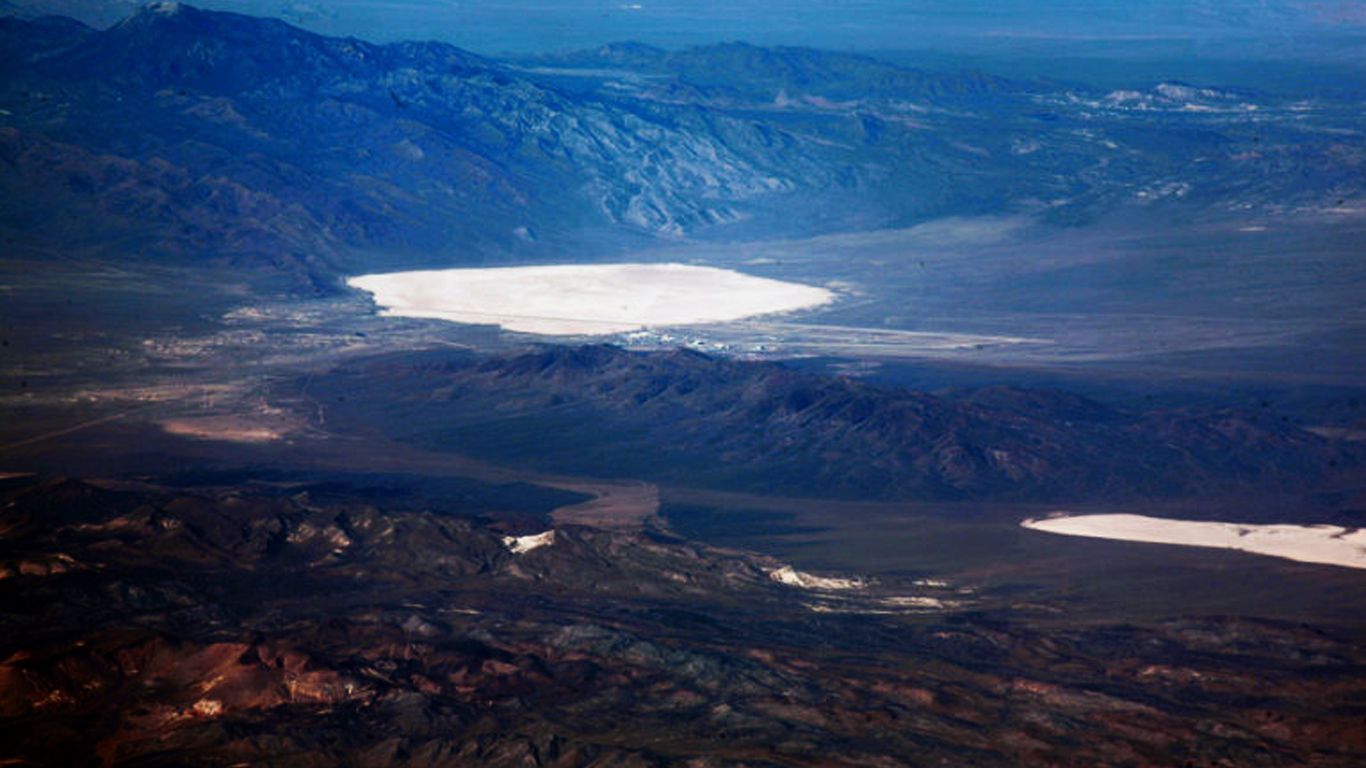 The CIA didn't officially acknowledge the existence of Area 51 until August of 2013. Located in the Nevada desert, the base was likely built during World War II as an air field and used in the 1960s during the Cold War.

We now know that many state of the art fighter jets and drones were designed and built there, but many believe that the base is actually an elaborate cover for UFO and alien research. The extremely classified nature of Area 51 makes it an ideal place to study alien technology and to store crashed UFOs.

In 2010, ufologist Scott Waring was able to use Google Maps to spot a UFO resembling the Millennium Falcon partially hidden in a massive hangar on the base. Suspiciously, once he made his findings public and gave directions on how to find the images, they disappeared and the coordinates stopped working. Today, there are still signs all around Area 51 warning against trespassing, even threatening lethal force. The Nazca Lines in southern Peru were created by the Nazca people between 500 BC and 400 AD and are made up of thousands of lines forming 300 geo glyphs. They spread over an area of 386 square miles and consist of massive designs and motifs of various figures like fish, birds, and monkeys and are up to 1,050 feet long.

The most famous of the Nazca Lines are known as the astronaut, a humanoid figure with a giant head and eyes. In 1994, the area was designated as an official Unesco World Heritage Site, but no one really knows why the lines were made. Given their huge size and scale, most researchers believe that they were meant to be viewed and possibly even designed from the sky.

It's very possible that the geo glyphs could only have been formed from instructions from a flying object, especially considering the mountainous terrain where the lines were made. 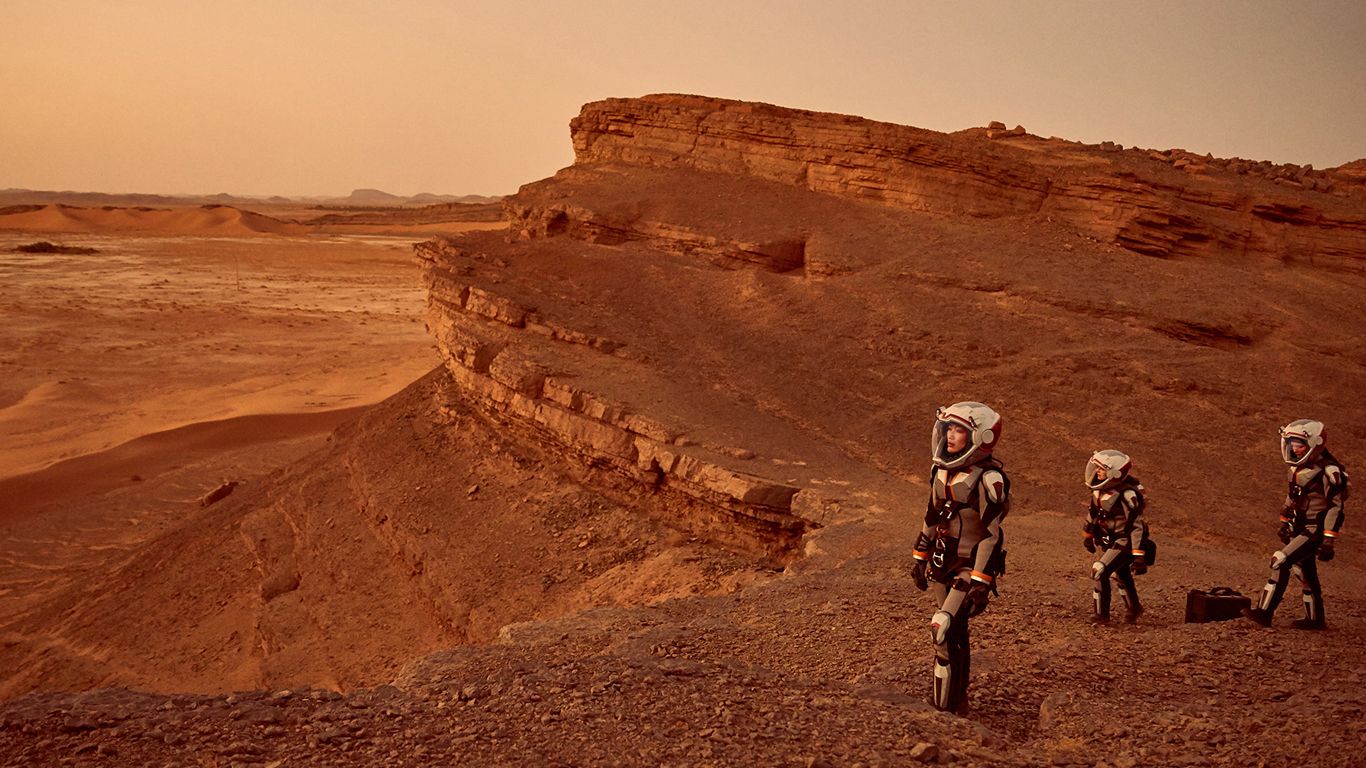 Colonizing Mars has been a dream of those who look up at the stars ever since we first landed on the moon, but soon, people started to consider what else might be possible. Much has been invested in studying and exploring Mars because it's the closest planet to Earth with a similar environment.

We've known for a while that there used to be water on Mars, which means that microorganisms could have been there the whole time, but it was only recently discovered that roughly 4.5 billion years ago, one fifth of the planet was covered in a massive ocean.

This is 200 million years longer than scientists thought, giving life plenty of time to develop, which could still be hidden deep in the red planet's soil. And it's not much of a stretch to think of Martian life as a recent occurrence. To put it into perspective, life on Earth was just developing while there were still lakes on Mars. Clearly, there was much that has happened before us. For decades, there have been reports of real life men in black turning up after UFO sightings and scaring witnesses into keeping quiet. There are reports of men who always travel in twos who are cold, expressionless, and perhaps even sinister. On May 15th, 2009, surveillance video caught two suspected MIB entering the lobby of a hotel in Niagara Falls, Canada.

The men claimed to be government agents and spent over half an hour questioning members of the hotel staff who had reported seeing a UFO seven months earlier. It seems crazy that a movie about CIA agents investigating aliens could be based on reality, but there are many conspiracy theories that there are branches of the government unknown to the public.

The men were described as being practically identical, same height, wearing matching black hats and suits with no eyebrows and totally bald. 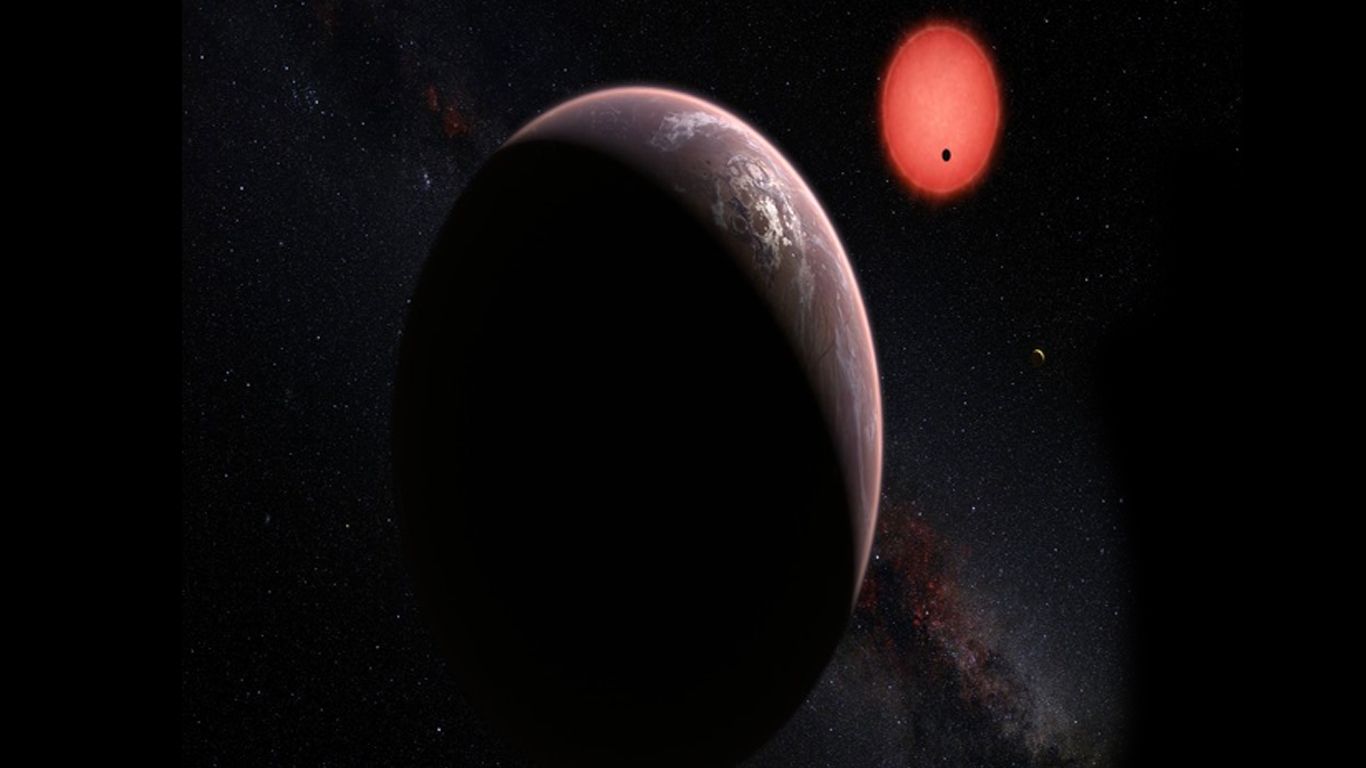 It's assumed that for living organisms to develop, they would need the same environmental conditions as we have on earth, primarily oxygen, water, and lots of time to grow.

But as sci-fi writer Isaac Asimov theorized, when we discover alien life, it might not actually be as we know it. This perspective inspired researchers at Cornell University to reimagine the ways life could form on another planet and they didn't have to look far for evidence.

Saturn's largest moon, Titan, is the only other place in our solar system that has lakes on its surface, but these lakes aren't water, they're liquid methane. It's a cold harsh environment, but methane has a much lower freezing point than water, which would give life more time to develop.

These theoretical organisms would be methane-based and oxygen free. The Cornell team are still researching, but they believe that it's the first concrete blueprint for life not as we know it. One of the most well-known and documented alien abductions happened to lumber worker, Travis Walton, on November 5th, 1975. Around 6:10 PM, just after finishing up work in the New Mexico National Forest job that he had, Walton was riding in a truck with six of his co-workers when they saw a large saucer-shaped aircraft hovering in the trees.

The UFO was less than 112 feet away when Walton decided to get out of his truck for a closer look. As he approached, a beam of light shot out of the sky and he disappeared. Police were skeptical of his coworkers claims and thought that they were covering up his murder, but five days later, Walton reappeared around midnight, walking around the highway totally disoriented.

He thought he'd only been gone for a few hours but he reported remembering being on the table in a hospital-like room with three hairless creatures that were performing experiments on him. 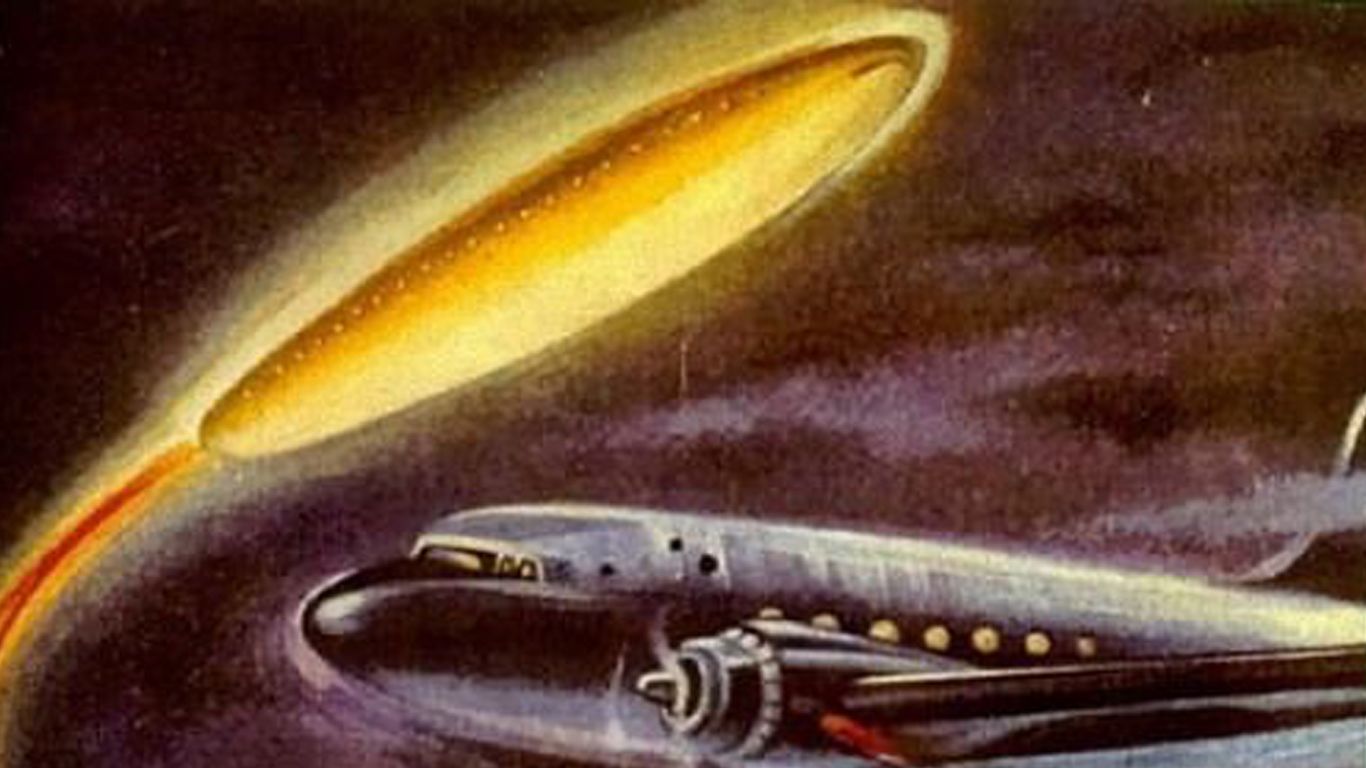 At 2:45 AM on July 24th, 1948, World War II veterans turned commercial pilots, Clarence Chiles and John Whitted, were flying over Alabama when they saw a red glowing object above and ahead of them. Within seconds, the UFO flew past them at a high speed before pulling up and disappearing into thin air.

The maneuver was impossible for any known aircrafts to perform, especially of that size. Chiles and Whitted reported that this thing was massive, claiming that it was tube-shaped without wings, nearly 115 feet long, and three times the circumference of their B-29 Bomber.

It also had two rows of brightly lit windows and flames bursting out of the backend as it accelerated. Project Sign carried out a huge top secret investigation, but they were never able to identify the UFO as any known plane, jet, or military-grade flying object, as it was officially classified as an alien aircraft.

I guess you never really know what you're looking at when you look into the sky. But thank you guys so much for reading this, and if you enjoyed it, remember to hit that upvote button and follow if you have not yet.

I will see you in the next article. Have a great day.

I enjoyed reading your post. There is a lot of good stuff.

What if we're the aliens and they're the humans

Pretty interesting! I think that it's most likely that we are not alone in the cosmos, but I will wait for the accepted evidences

If people think that we are alone in this huge universe, they are fool =D
I saw a video on FB (I guess a lot of us saw it) where they compare the Earth with the size of different others planets in others galaxies. Well let's say, the size of earth it's a joke compare to some of the big planets around. Even the sun looks ridiculous. Anyway, we can't be the only planet with life on it img credz: pixabay.com
Steem is behaving weird in low voting percentages, so actual votes can diverge by up to 1 voting percent point.
Nice, you got a 4.0% @minnowbooster upgoat, thanks to @padmakshi
Want a boost? Minnowbooster's got your back!

The @OriginalWorks bot has determined this post by @padmakshi to be original material and upvoted it!

For more information, Click Here! || Click here to participate in the @OriginalWorks sponsored writing contest(125 SBD in prizes)!!!
Special thanks to @reggaemuffin for being a supporter! Vote him as a witness to help make Steemit a better place!

@reported has voted on behalf of @minnowpond. If you would like to recieve upvotes from minnowponds team on all your posts, simply FOLLOW @minnowpond.

there's over 200,000 thousand interstellar societies in just the fucking milky way then u have interdimesnional beings who live on world and spirts to ... we are so not alone and never have been!

There are some who theorize that mushroom spores can travel between planets. Moon mushrooms!
Really loved the thoughts.