For many steemit users, being minnows for the first time in steemit might give them a quite shock effect. At the first time joining steemit, the steemian—who put so much hope for getting great income without even understand how this platform works—usually end up with a huge dissapointment and decide to quit. Even worse, this unachievement condition might turn them into hateful and judgmental people. On the other hand, I observed that some minnows-who also start using steemit at the same time as the quiters-have been grow up peacefully day by day. I think that the action and reaction of every single steemian in steemit reflects their psychological thinking. In short, the successful and failure of somebody in steemit may be depend on their mindsets and behaviours. 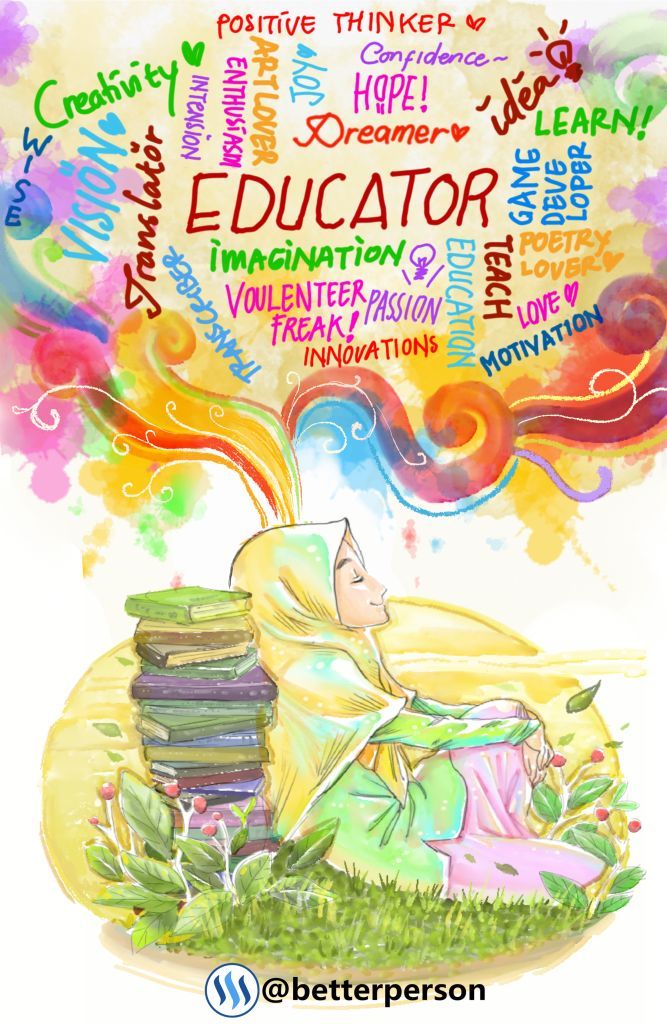 There is always a gap between intention and action.

This is phenomenon not so many minnows realize at the first time joining steemit. Having good intention to be a successful steemian is good but action speak louder. The actions that should be taken step by step—to re-learn and to share, to give and to receive, to read and to write—there is no short cut for success. Everybody needs to take time to grow up, to take some breaks and to start over again.

I still remembered how , Indonesia gaming currator, @jodipamungkas, told me the story how he started learning steemit all alone and started creating #gaming content by himself—because at that time gaming steemian from Indonesia was none—and surprisingly, he did not even understand English language very well. He said that he wasn't complain on his weaknesses but continuously doing his best . He even said that the small amount of vote would not disappointed him. He keep contributing and moving forward to achieve his dream. I was moved by his story. I think that he really has a great mindset of a winner. As psychology of winner had pointed that the winner always sees an answer for every problem.

Another thing that every minnows should realize is about choosing right environment in steemit. Based on my own experiences as minnows, friends and the steemit accounts we choose to follow have given a great influence to my thinking and development.

Behavior is a function of both personal and environmental factors.

It means that in order to pursue your goal in steemit, you have to set a strong behavior. To achieve the behavior, you need to have personal determinants (such as mental, beliefs, feelings, attitudes) and environment determinats (for example, physical ecology: temperature, humidity, altitude and sociocultural ecology: the presence and behavior of other people, social roles, situational demands and expectations). So, once we are surrounding ourselves with positive vibe, such as productive and creative steemian, it means we already one step a head in achieving our dream in steemit. However, for the minnows who only connect with negative situation and people, they will get nowhere in steemit. Thus, as minnows, you can see steemit as place to get a new great challenge to grow up or vice versa, depending upon your perspective.

In conclusion, as minnows who mostly know nothing about how the steemit world work, don't be too worried. Keep reading, keep learning, and keep connecting with other steemian. Remember, every successful steemian was somebody who started somewhere in steemit. But, the successful one is the steemians who had a strong faith in achieving their dreams in steemit. Therefore, if you want to be a successful in steemit, be ready to play a great mindset game in it.

Thank you for reading.
For the @betterperson in steemit, see you next time~

@sndbox and @sndbox-alpha sedang on the way, ditunggu saja. Mudah-mudahan..

Thanks for informing this awesome challenge Mr. Hayat.

This is a courtesy of @GuyFawkes4-20

Thank you for supporting. 😊

Good point of view, packaging in a clear description! Great post, Ayu. I love this post and enjoyed the information you shared. Thanks and good luck!

Thanks for visiting and reading kakak.
I am happy for you. 😇