My path, My Spirit, My Noble Truths

armadillocreek (56)in #spirituality • 3 years ago 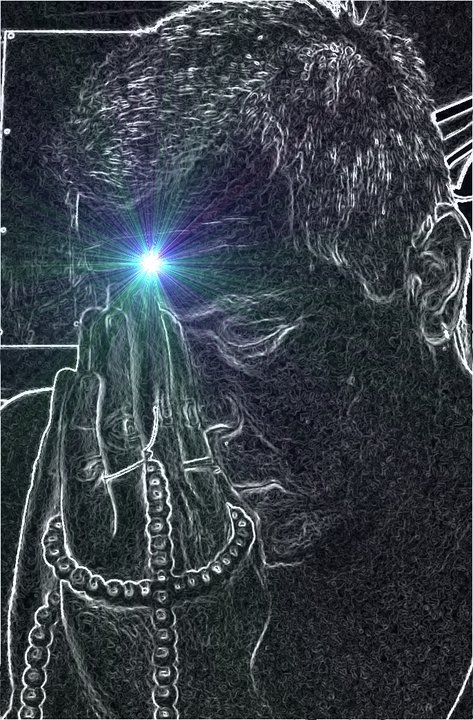 I have never been very public about my spiritual beliefs...

I have always kept it as a private matter and dont enjoy entering into the debate realm of spirituality and faith. Over the last few years, I have started to shed the shyness of sharing my beliefs. It has always been a touchy topic, because, like many other humans, it's near impossible to define a person's spirituality into a neat package or title, no matter how hard we try.

I feel the best way to discuss my faith is to introduce you to some of the core beliefs of my faith. I am not religious, and do not follow or worship deities. My spiritual wish in this life is to reduce the suffering in others and empower others to do the same.

I am a Buddhist.

Buddhism, contrary to popular belief, is not technically a "religion". Meaning, that although it is a belief structure and moral code of life, but follows and serves no deities or gods. It is more of a philosophy of life than a religious doctrine. Throughout my years, I have met Buddhists that were also Christian, Catholic, Jewish, Pagan, and Atheist.

Who is/was The Buddha?

The term Buddha, is a title meaning "enlightened one" and does not actually refer to any specific person. (Much like the term Christ means "anointed one", not necessarily the last name of Jesus). The first Buddha was a man by the name of Siddhartha Gautama, who was a prince born in Nepal around the 6th century BC. An old sage told his father that he would be a great leader, however if he ever left the palace, he would abandon the kingdom and be a religious leader. Siddhartha's father did everything he could to keep him in the palace. Any flower petals that fell were cleaned immediately, anyone who was old or sick were removed from the palace, and his parents gave him a perfect life free of pain, sickness, or death. When Siddhartha was in his 30s, he finally left the palace. To make a long story short, over 3 days he was out of the palace, he saw a sick man, an old man and a dead man for the first time. On the 4th day, he saw a spiritualist sitting under a tree that appeared to be happy. The spiritualist said that he has let go of material possessions and no longer suffers in this world for it. Siddhartha was so fascinated by what he saw, and he realized that all people will get sick, grow old, and die. He too set out as the spiritualist did to free himself of material possessions and worldly suffering.

He joined a small group of monks who practiced fasting and deprivation to achieve enlightenment. He sat under a tree and fasted on only water and falling tree seeds for 6 years. , realizing that during that time, his mind was slow and clouded, and he was miserable. This taught him that the true path for enlightenment is between luxury and deprivation, and not the extreme of either. He broke his fast which led to the monks abandoning him in disgust. He wondered more until he found a fig tree where he sat and meditated until he was enlightened. The direct descendant of that tree is still alive today in India. Siddhartha decided to teach his knowledge to the world, found the monks that abandoned him and shared his first teaching which are:

1. Suffering exists - and it exists in all of us
2. We suffer because of attachment to possessions and desires.
3. Suffering can end when you free yourself from attachments and desires
4. By practicing the eightfold path, you can end that suffering

The 4 noble truths are what begin the life of a buddhist and the main core on what I try to live by. In my next article, I will discuss the eightfold path and the 5 precepts (we really like having things in a numbered list, huh, lol! )I hope you enjoyed my explanation of the basic beliefs of Buddhism and find it enlightening. If you have any questions or comments please let me know below! Thanks again Steemians!

This was really fascinating to read. I'm a Christian, but I enjoy the look into where and how other religions originated.

I especially like this: "This taught him that the true path for enlightenment is between luxury and deprivation, and not the extreme of either." So true! I've said that the Bible verse "let your moderation be known to all men" is one of my verses to live by, so it's neat seeing the same philosophy cross over.

I love hearing the crossover of philosophies. I grew up Christian, my mother took me to a Southern Baptist Church when I was young, and later in my years we went to a Lutheran Church (my father's denomination) until I was about 14. I looked into alot of different faiths while growing up, and it always fascinated me as well how similar all faiths actually are! For the most part, Humility, Kindness, Compassion, and Modesty seem to be common trends. ^_^

If people could focus on the similarities more than the differences, we'd all get along better for sure :)

Good write up buddy. Keep up the good work!

Great write up man! I love hearing your perspective. Life is way too amazing to ever debate. I look forward to reading more. I hope sharing this publicly will give you strength. 🙃

I have a hard time believing there can be only one faith, especially when religions and cultures both share so many similar stories. There is much to be said for practicing a way of life that reduces the suffering of others. I learned quite a bit from your post so thank you for sharing. -Aimee