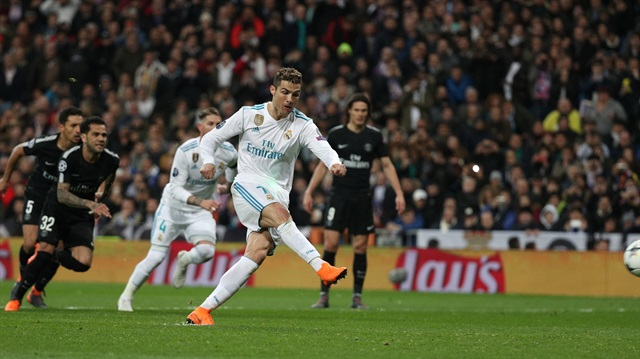 Real Madrid defeated Paris Saint-Germain 3-1 in the Champions League before the rematch gave a great advantage.

Ronaldo (2) and Marcelo recorded the winner of the Madrid team, while the Portuguese star's penalty was disputed.

Experienced player came to the top of the ball for the penalty won in the last moments of the first half, it was seen that the leather ball moved before the moment of the stroke.