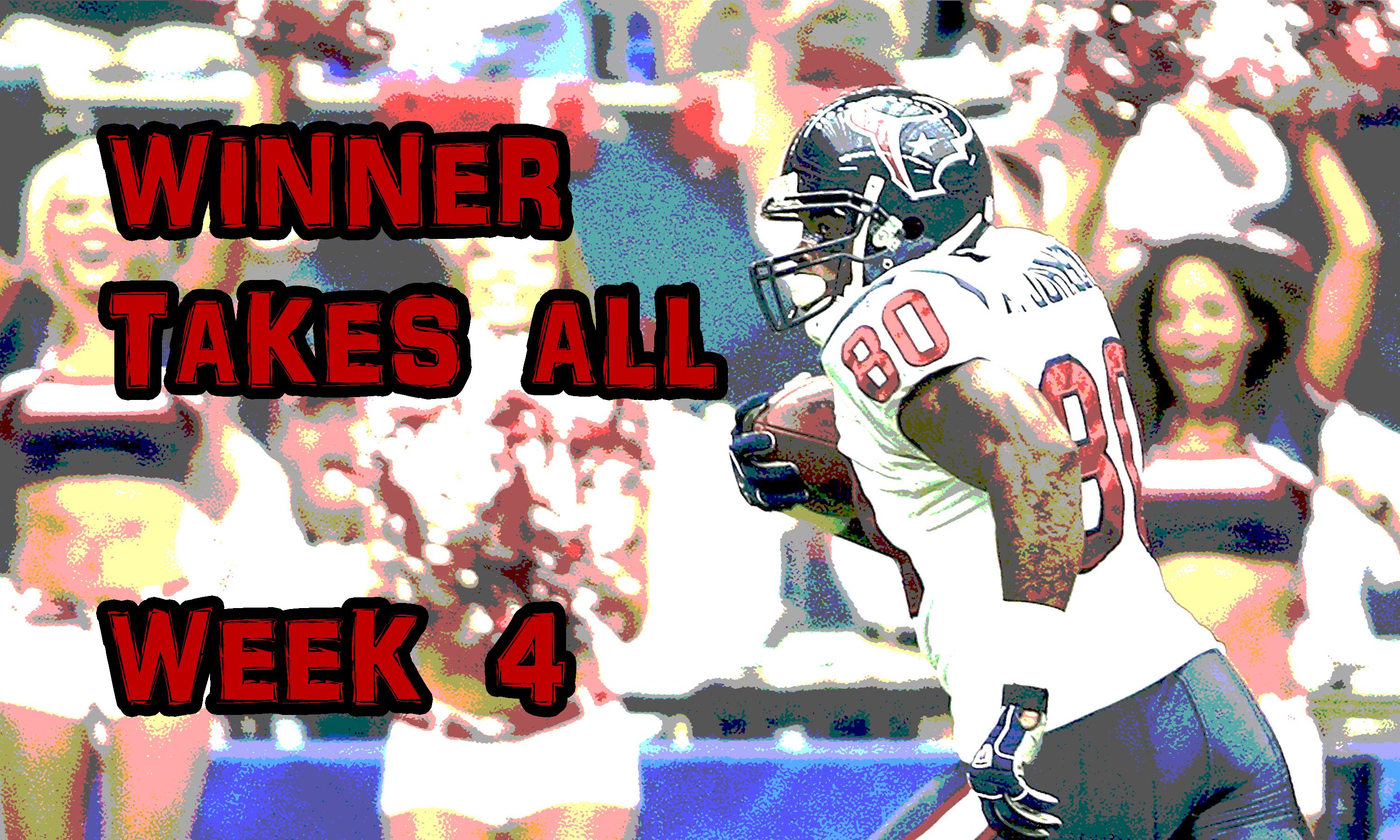 The third week of the WTA picks appeared to be a tough one for contestants to figure out!

In the third week of action, the WTA contest had 62 participants – and no perfect records. In fact, only two contestants were able to go 4-1 for the week: @liamoreilly and @ganmo92. (It seems that nobody had any faith in the Jets last week but you’ll get another chance with them this week!) After the first tie-breaker, @liamoreilly (47) came away with the victory by guessing within two points of the Monday night game’s point total (45) versus a 9-point miss by @ganmo92 (54).

The pot for the weekly contest was 56 SBD. The rewards for the winner have been transferred and you can verify the transfer in my Steem wallet.

These are the current leaders based on contestants who have participated in each of the first three weeks of the season. If your name is not on the list and you would like to know your current record, please let me know.

The game selections for Week 4 of the Winner-Takes-All contest are listed below. Choose your game winners and point totals for each of the Sunday night and Monday night games (in bold and italics). Game schedules are from NFL.com.

damn, missed out on this week due to road trip. Will be back next week though

Congratulations @ats-david! You have completed some achievement on Steemit and have been rewarded with new badge(s) :

holy shit, I think I won

You are correct. The post will be up tomorrow and the payout will be coming your way shortly after.

Great contest, David! Anybody interested in joining additional contests should check SportSteem's recent post discussing $150 in prizes for its NFL and MLB challenges:

Hi @ats-david, hope you are doing good. I just noticed your blog and found it very very interesting. Sports is very healthy activity and I'm fond off playing / watching cricket, football and base ball. You're doing amazing job to conduct some contests for the community, which is appreciable. I don't know the Rules / constraints to join you guys. If possible, then I want to join this contest.
Thanks for your good work. Keep posting good stuff!
By the way I just followed you - Keep smiling!

Congrats to all the winners. Thanks for writing this post and explaining the rules. Keep up the good work. You're an asset to the Steemit community.