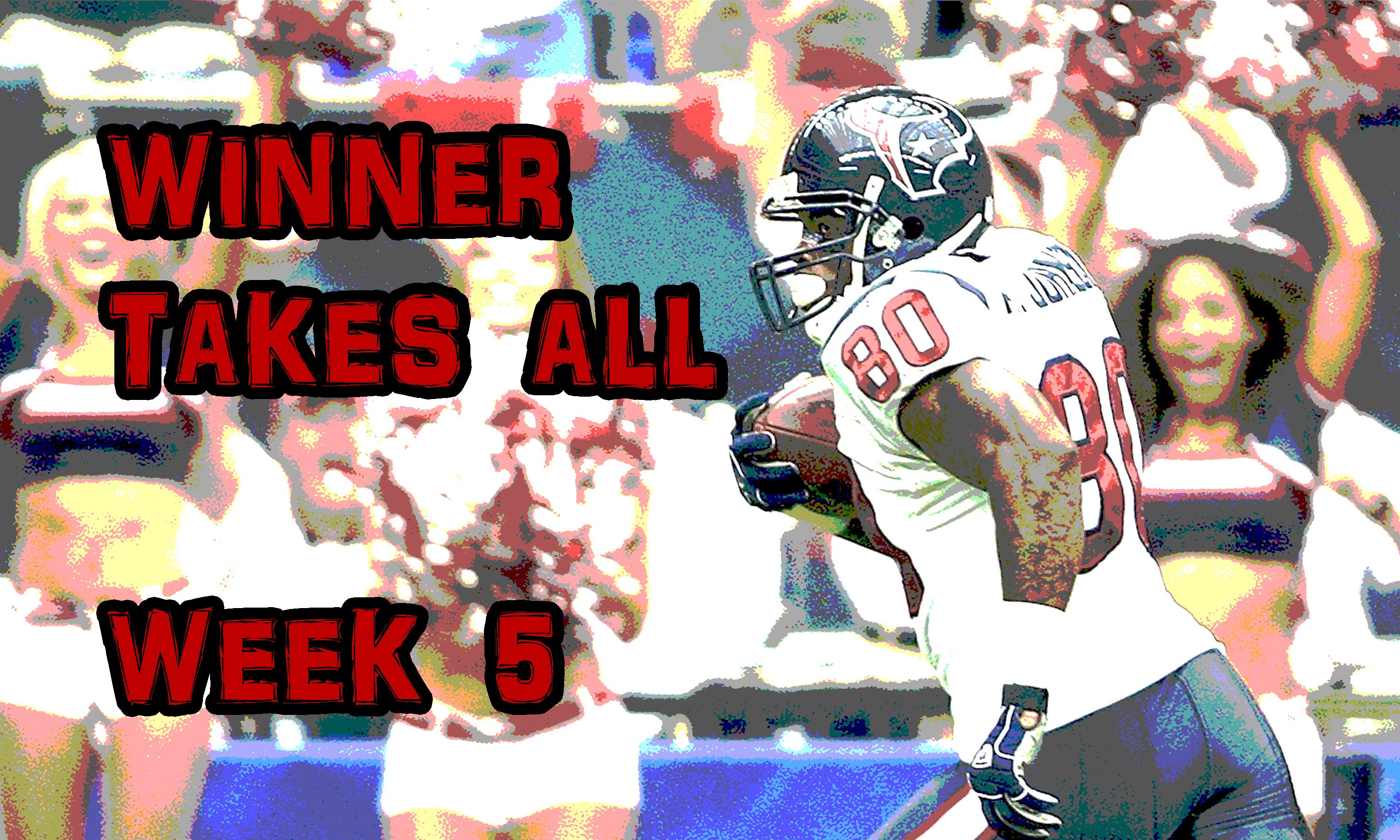 It was another tough contest for the fourth week of the WTA NFL picks.

In the fourth week of the 2017 NFL season – and for the second straight week – the Winner-Takes-All contest saw no perfect records from contestants. And also for the second straight week, only two contestants were able to go 4-1: @boatsports90 and @hashclouds. In the first tiebreaker, @boatsports90 took home the win by choosing a combined score of 50 points for the Monday night game between the Redskins and Chiefs, which ended in a 29-20 Chiefs victory. The selected point total by @hashcloud was 44.

The winnings for this week’s contest will be sent to @boatsports90 after last week’s post closes later today.

These are the current leaders based on contestants who have participated in each of the first four weeks of the season.

The game selections for Week 5 of the Winner-Takes-All contest are listed below. Choose your game winners and point totals for each of the Sunday night and Monday night games (in bold and italics). Game schedules are from NFL.com.

If anyone is interested...
I'm having a 16 SBD NFL Giveaway Contest this week.

Unfollowing Adrianna. This isn't art and stuff like this just clutters my feed sorry.

are you talking about me?

I think it could be considered art. It is, after all, an artfully created sports contest. That has to count for something. Right, guys?

I upvoted for you because I visited. Adrianna is an artist who is resteming your content on her blog. People like myself and @tuck-fthman are not interested in this type of content and don't want it in our feeds.

OK. Take it up with her. It makes no difference to me if you think this is art or not...or whether you like it or not.

You should check out my photography and videography posts. Maybe those are art?

Ok. But I'm not Adrianna. Not even sure who that is.

How to take part in contests can some one guide me.

Congratulations @ats-david! You have completed some achievement on Steemit and have been rewarded with new badge(s) :

In the NFL the players earn a lot of money. That could buy my dream 😂😂 it would be very helpful for us.

Why is this tagged steemit? These spam posts have nothing to do with steemit.

Secondly - It's tagged with Steemit because it's a contest for Steemit users on Steemit...and I've been using this tag for a long time without anyone mentioning that it's a problem.

Thirdly - instead of flagging the post, why not just mention that you'd like for me to not use the steemit tag? Or are you not capable of using your big-boy words?

Also - shouldn't you be working on making Steemit.com a little more stable...or just better in general?

Flagging miscategorized shitposts is one of the ways I do that.