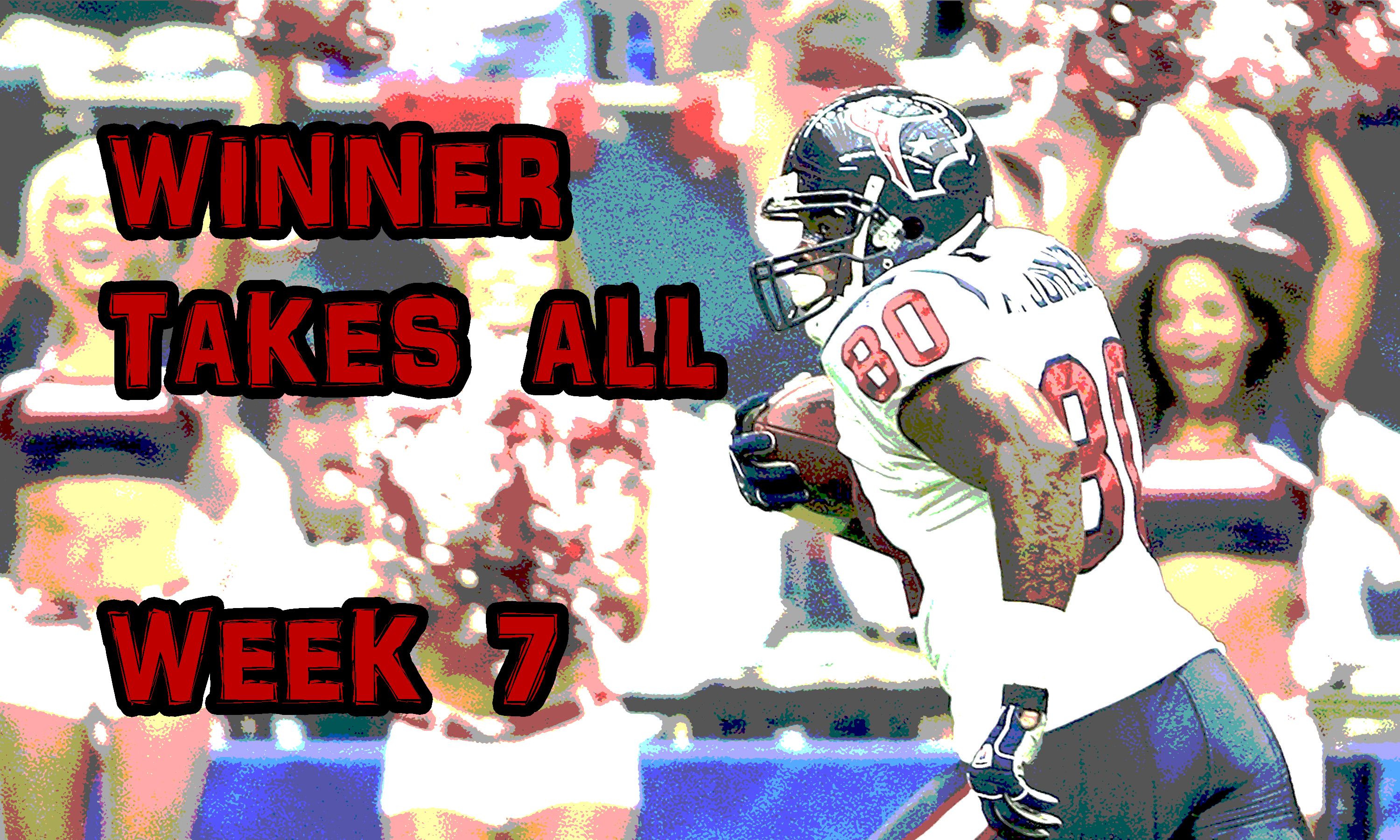 It was another week of unfortunate performances for WTA contestants but the battle at the top was a little closer than previous weeks.

In week six of the 2017 NFL season and the Winner-Takes-All contest, there were no perfect records but there was an eight-way tie at 4-1. In the tie-breaker, @bethalea came out on top by guessing 61 points for the Monday night game between the Colts and Titans, which ended with a total of 58 points. She was able to beat the next closest contestant – @sardrt (49) – by a margin of six points in the first tie-breaker. Congratulations to @bethalea on the win!

The pot for the weekly contest was 42 SBD. The rewards for the winner have been transferred and you can verify the transfer in my Steem wallet.

Here is the list of contestants who tied at 4-1 in Week 6, with the tie-breaker in parentheses. Please remember that all weekly records will carry over for the season contest.

These are the current leaders based on contestants who have participated in at least four of the first six weeks of the season.

If your name is not on this list and you would like to know your season record, please let me know in the comments.

The game selections for Week 7 of the Winner-Takes-All contest are listed below. Choose your game winners and point totals for each of the Sunday night and Monday night games (in bold and italics). Game schedules are from NFL.com.

I love betting football, get some.

Better luck next time for WTA contestants who didn't make it this time! ☺

@ats-david I believe everyone here will enjoy your post ! Upvoted.

First time joining this one, but let's see how we ca do...

I pick Kevin Harvick. Whats my score? Did I make a goal?

My friend you have missed the Cin Pitt game and doubled the Dal SF game?

Got it. We’ll use this one.

Boycott the NFL! They are disgraceful anti-American trash. #BoycottNFL

I hopefully all goes well

hahahaa, I really DID do it! thanks @ats-david, what fun. ;)

wait now. that was HARSH, brosefs'. my husband has made his OWN pics, as you can see.

You won! Be sure to check out the Week 8 post for the Winner-Takes-All. The payout will be sent after last week's post closes tomorrow.

I really didn't expect that at all! I did notice that I'd managed to get all 5, but felt sure my margins were too large (because I couldn't remember what they were...)

This is a nice initiative and I'm glad Steemit is a good host for such things.
This is encouraging for all of us🍃
Good luck, beautiful people! 💌
Enjoy @nature.art, my kind of Art!🌿

Yo @ats-david how is it going? Would like to know what place I'm ranked mate! Cheers!

Hey - I completely forgot to send this to you last weekend. Sorry about that. Your record through the first seven weeks is: 18 - 17.