Sports Quote of the Day #9 from Wrestling

“Gold medals aren’t really made of gold. They’re made of sweat, determination, and a hard-to-find alloy called guts.”

American Wrestler with a true statement, can not judge the medals and what they are made of. Seems the Olympic gold medals were real solid gold 1912 - nowadays they consist of sterling silver plated with real solid gold. 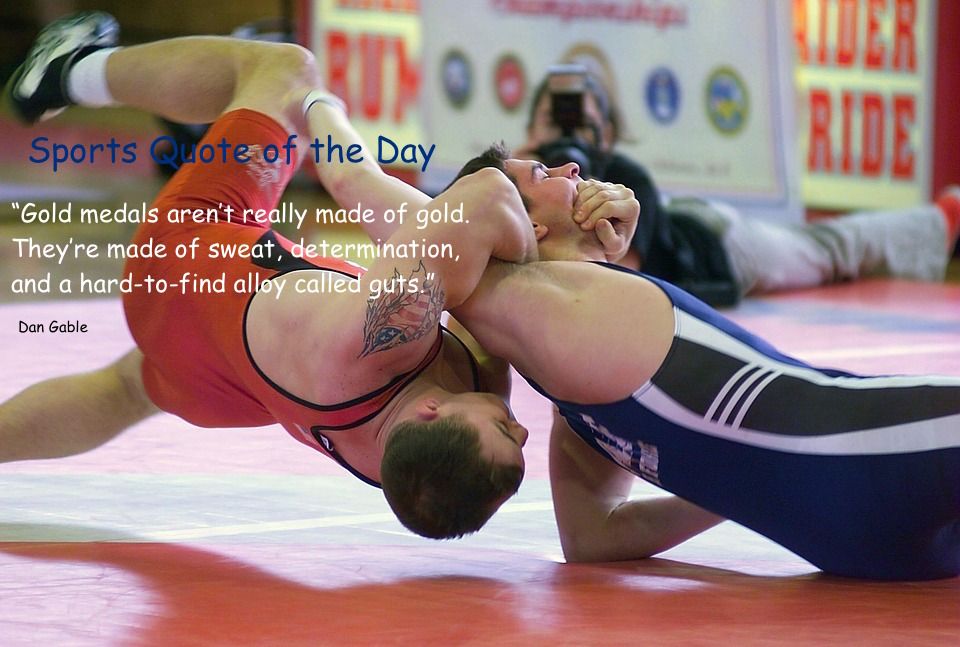 Danny Mack Gable is a former US wrestler who won a gold medal at the 1972 Olympic Games in Munich, while not giving up a single point. After his active career he was a famous head coach in IOWA.