ALRIGHTY!! Back at it with the Daily Progress Reports, because. Yeah. These things keep me really focused! :B

(Well, I say "daily", but I'm putting myself on a weekday schedule, so it's really only gonna be every Monday-Friday.... So whatever lol)

For a quick recap on what I've been up to, I've been working on concept art for a re-imagining of Arble, which is one of my favorites in my own stories.

In this new scenario, instead of horrible deaths, and banishment to alternate dimensions, the story focuses more around the average life of someone who lives in Zebzebon, which is the pocket dimension that the monsters created to flee from humans several gazillion years ago.

(Editors note: I just tried to type gajilion, but it auto corrected to gazillion. Is gazillion a word??? Idk, anyway)

This version of the story has been surprisingly difficult to write so far. GRANTED, I don't tend to like my stories much, but I'm putting a lot of effort into allowing my characters to escape the DOOM and DESTRUCTION that usually befalls pretty much everyone in ALL of my stories.

This lead me to be oddly confused as to what should even happen in the story. I mean, I knew what it was about - basically, the main characters from the old version get together and make a band because ????? reasons? - but the moments in between that build up to the actual PLOT happening are. Difficult??

Which lead to a sudden realization. 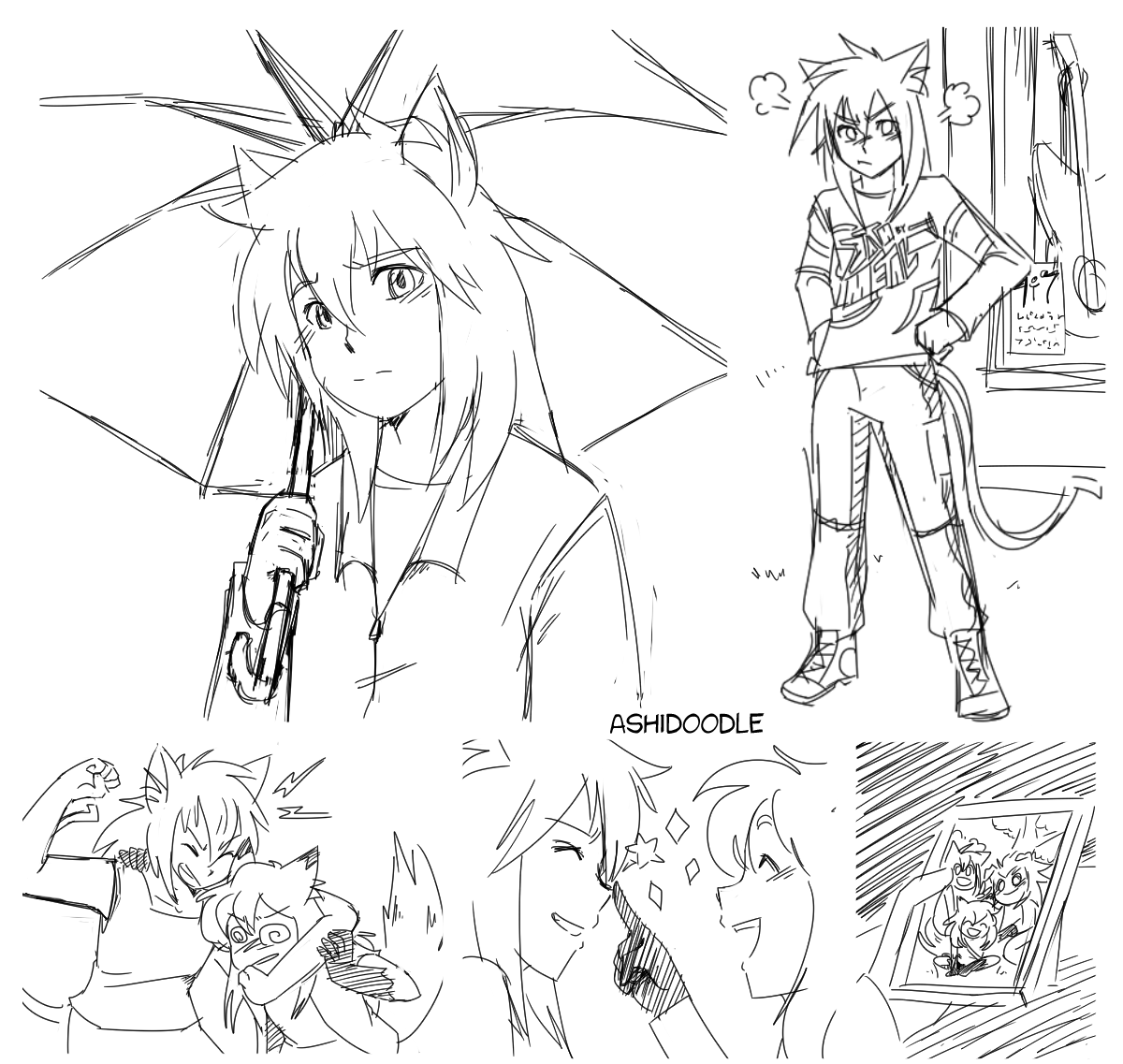 Random little moments. Little scenes that show, HEY! This is some info about this character! Don'cha just wanna hug them? Knowing that??

I'm not sure if I'm actually making sense.

This version, so far, despite avoiding HORRIBLE, PAINFUL DEATHS AND AGONY, is actually pretty dramatic.

I'm a little worried that it's a bit TOO dramatic, as the whole point of this new version was to make something that wasn't... well, overly dramatic, and instead just a normal story for once in my freakin' life, but.

With enough balance and editing, this may prove to be one of my favorite versions of this story, yet.

There is a bit more sadness than I wanted early on, but as long as I balance it with happy scenes and prevent the characters from getting just, completely depressed, I think it'll work out. Outside of that, I'm working on another flipnote!

You see, the Flipnote Hatena channel on YouTube is doing a big Kirby Flipnote... collaboration thing??

So it just makes sense to work on more of those lol.

Here's what I have so far on it:

(Sorry about the lack of sound... don't have a good way of adding videos here, except for YouTube links, and... well, I'd rather wait until it's done to post it :T)

In any case, I'm hoping I can get a flipnote or some other kind of animation out once a week. That might seem difficult? And it probably is?? But flipnotes are pretty short due to sound file restrictions, so it might not be THAT hard :P

I actually have another thing I'd like to show... but I want to post it later when it's done, cuz it's almost done :3c Huehuehue~

I'm really pleased with it lol. Basically - it's gonna be a fancy picture with a story to go with it. ^^)

Though I've also completed a speedpaint today. It'll take some time for the video to upload, but here's a preview, via the sketch for it: Outside of that... I might actually make a banner for my comic contest. I'm not really in enough things to warrant stamps, cuz... well, they save space, but it's more fun to have a whole bunch of them together lol.

Until then, here's some handy links with the visuals that have already been made lol:

Until then, I'll see y'all later!