I’m starting a local Steem meetup to connect and collaborate with other Steemians in my area. It’s called the Olympia Steem Meetup. If you live in or around Olympia, join up and let’s get this thing off the ground! 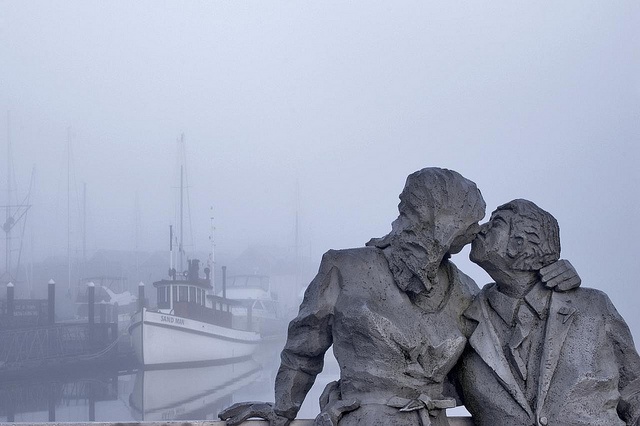 What I’m Doing To Promote It

I know these things take time, but I’d like to get off to a good start with the meetup. I’m not expecting a huge crowd, but I’d like to have at least half a dozen people show up. Even though it’s the capital, Olympia is a fairly small city, but I know it is full of writers and other creatives who could seriously benefit from using Steem.

I started by making the Olympia Steem Meetup group on Meetup.com. Within minutes, I got a couple members, who live in Tacoma and Seattle. That’s not too far away, but it’s still a long drive.

After that I made a Facebook page, so that I could make an event, so that I could advertise that event to a local audience. That ad started running yesterday with a minimal ad budget (77 views, 7 clicks, and no takers so far ☹️).

Next, I’ll do some old-school promo tactics like flyers on bulletin boards and announcements on the radio. In the future (after the first meetup), I can see making presentations to schools or writing groups or other organizations around town that I can think of. I hope by then I’m not alone in this effort.

Are you a Steem user who lives in Olympia? I would love to see you t the meetup! I expect (hope, even) that a lot of the meetup will be newcomers to Steem. If you are already using Steem and you live around Olympia, it would be awesome to see you at the meetup this upcoming Saturday.

If you are in the area, or even just have some advice or experience running a Steem meetup, please let me know in the comments.

You can also get in touch with me on Discord. Feel free to join the meetup on Meetup, too. Such a great initiative! It is the heart for steemit that brings you to this extensive support for olympia steemit members. Being united will definitely bring a great height to everyone! Thanks for all your hard work!

Nice post.I respect you very much because you contribute to steemit.I will do activities like you.I would like to extend the steemit.

BTW, how did you end up with a 12 rep? I checked out your profile and couldn't figure it out...