It was two years ago today that the genesis block of the very blockchain storing this text was produced. Much has happened in those two years. When we originally designed Steem it was our goal to create a blockchain capable of supporting content-based applications at scale. Two years later we’re proud to see that steemit.com has become one of the top 1,000 websites in the world. Not only that, but other disruptive applications are now powered by Steem and also experiencing exponential growth!

The Fastest and Most Transacted Blockchain

There are many exciting things in the pipeline including communities, SMTs, continuing improvements to scalability, effortless onboarding, notifications 2.0, and much more. Steem has accomplished quite a bit for a two-year-old, but we fully expect that in its third year of life it will transform from a toddler taking its first tentative steps into a full-blown blockchain of opportunity, partnering with publishers and entrepreneurs to march together toward an entirely tokenized content web.

The Steem blockchain wouldn’t be anything without all the amazing Steemians leveraging these applications and contributing to the github repos. We can’t thank you enough, not just for using these apps, but for telling your friends, families, and complete strangers about this blockchain we all love so much. Thank you for making Steem a part of your daily life, and a part of your way of life. 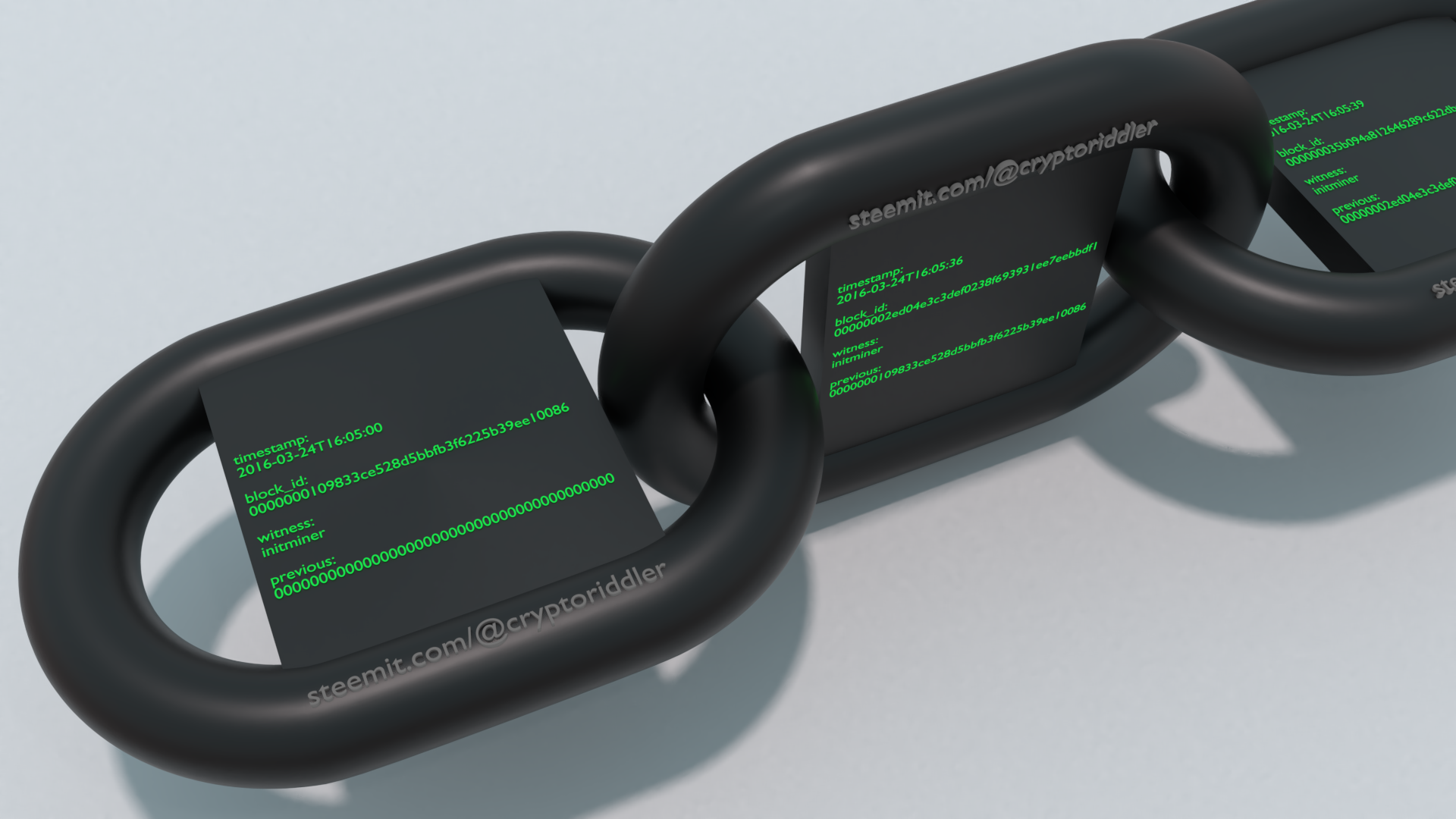 visualization of the first three blocks of the steem blockchain

The principal! He will give me TP! I would hate for my bungholio to get polio....Where I come from, we have no bunghole.

Question what is a vest?

It's the real name of the STEEM POWER

Whoa!! Great accomplishment of steem.
2 years ago we just get started.
All steemians should be happy to see steem growing so big now. 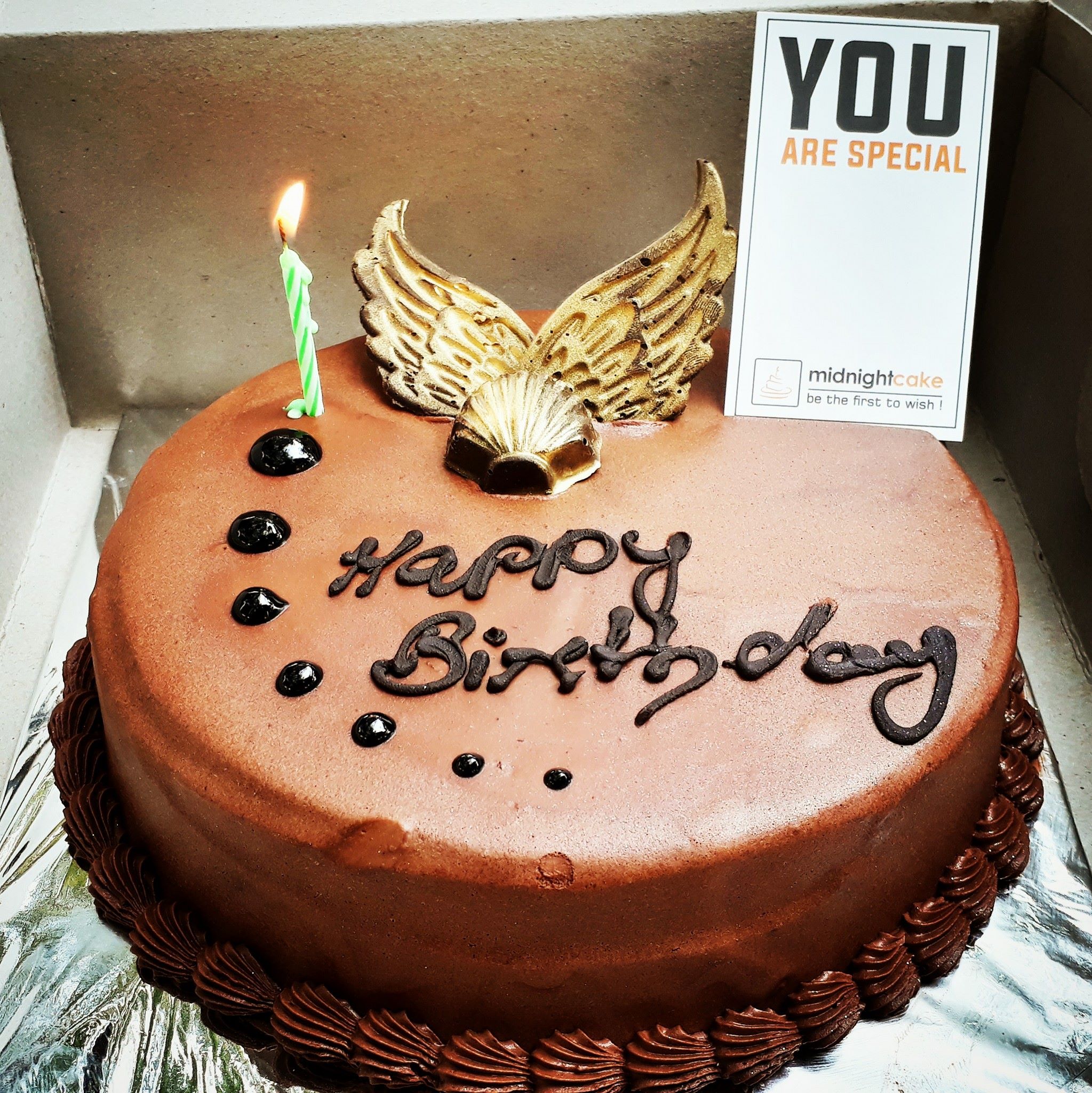 lol only 2 years future will be great

Belated birthday wishes Steem.
notifications 2.0 seems to be interesting. Can somebody point me to a blog post about this? Would like to know more details. A good notifications system can get more people hooked to Steem. Waiting for that feature to be part of the Steemit directly.

It's sure been a hell of a ride!

Its been a crazy ride!

HAPPY BIRTHDAY STEEMIT💃🏻🎉🎊🎁.
I wish I had joined earlier. Meeting amazing and kind people is overwhelming.
STEEM ALL THE WAY. 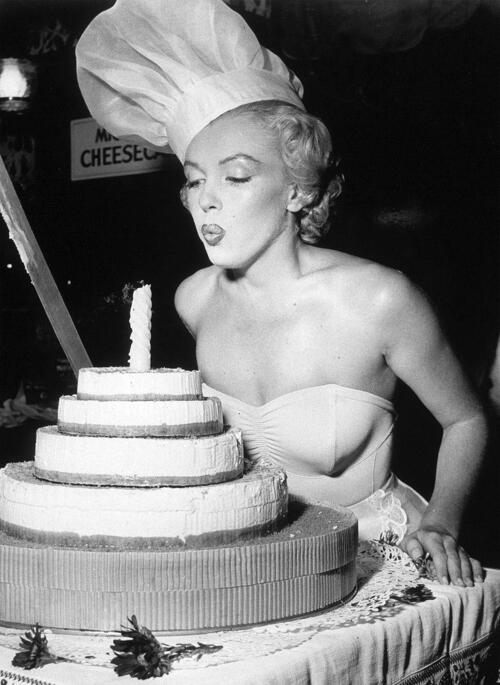 Congratulations for birthday of steemit.

Here's to many more years of Steem chaining blocks.

Hello friend, you can support me with a good vote. I'll be grateful. It would be a great contribution.

There's a reason why I always keep talking about Steem's brilliance.

Tub Cat was 2 years old once. Now he is mature and full of wisdom. 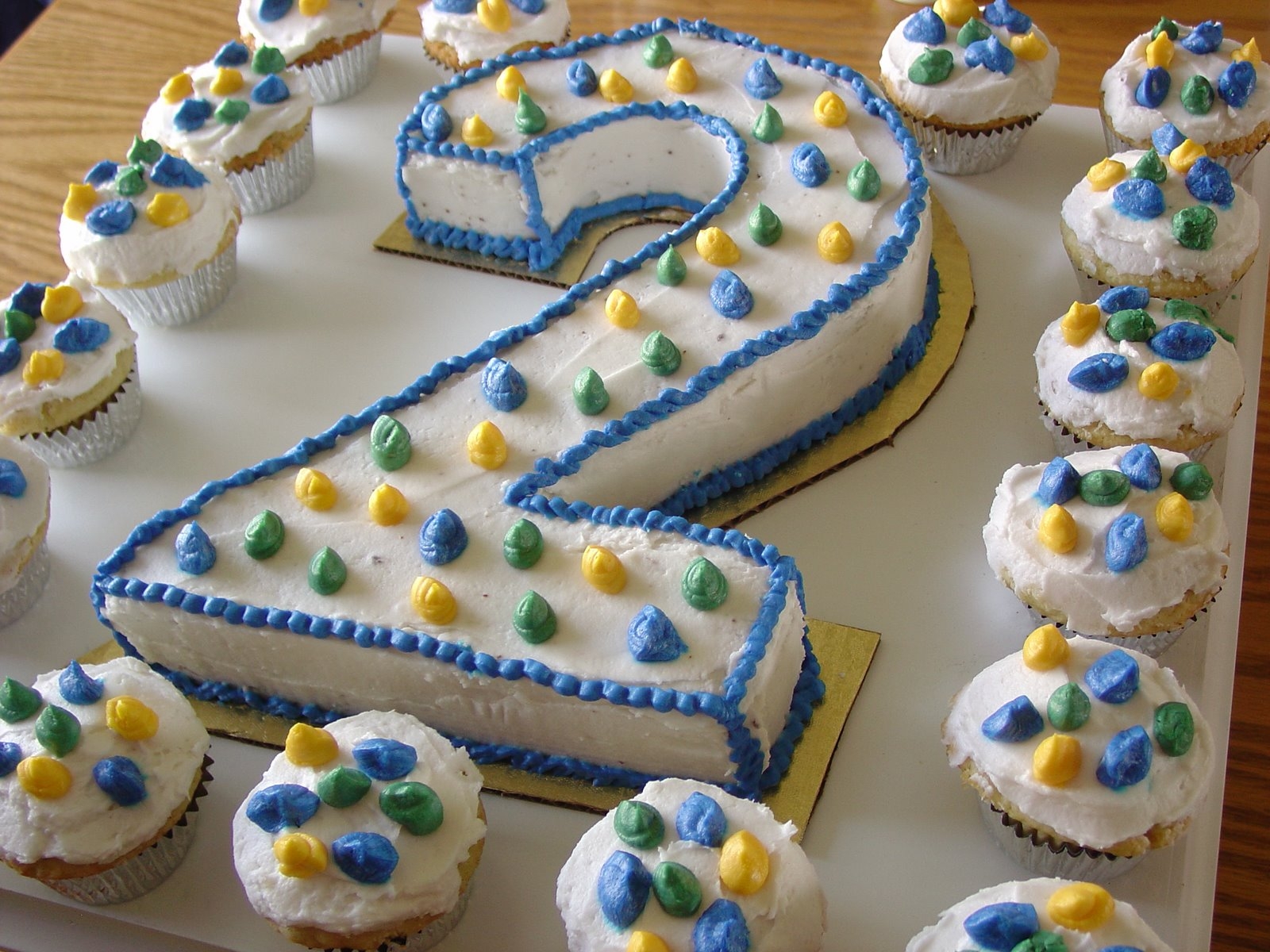 There are many improvement to come, things are not perfect and we always aim for excellence. I know with time a lot of the issues we face at the moment will be addressed as we progress but for now we celebrate what we have because it's a pure product of genius minds.

Once again I congratulate Steem and it's development team, you offered us gold which we hold today in our hands. I pray for long life and prosperity of this great platform and it's users. Steem on everyone.

Happy birthday! Been here for 4 months and I'm enjoying every moment.
Feels like I have been here for the whole 2 years tbh.

I know exactly how you feel! There’s real time and then there’s Steem time :)

2 years and so much growth. It's time for Steemit to move out of Beta :)

Wow two years past thats a great deal! I'm very happy for being an steemians! :)

First of all i want to wish happy birthday to Steem Blockchain and i am really proud to be an Steemian and really hoping for the exciting and great times ahead. Thanks for sharing. 🙂

Happy Birthday Steem! Wishing you many more exciting years ahead! ;)

May STEEM always power your wildest dreams and carry you ever further away from your nightmares.

We can and we will drive the future.

I love you guys.

Happy birthday Steem Blockchain 🎂I am so happy and want to say a special thanks to everyone behind the scenes, I am blown away by what has already been accomplished and I'm looking forward to even more excited things to come! 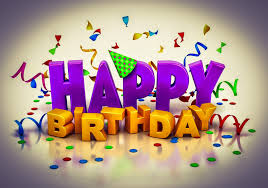 hey @steemitblog @ned
i have sent an email but no reply

any chance to get in touch about our project announcement > https://steemit.com/steemit/@steefun/steefun-v1-0-a-new-fun-platform-based-on-steem-blockchain-earn-by-sharing-your-fun-content

Is it because of the 2 year anniversary that all the people icons are gone? Some sort of happy birthday suit thing?

edit: It's to cold to run around in a birthday suit in Alaska, so I had to put some clothes back on. ;-} 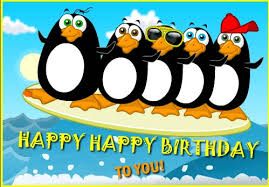 People slow down with age but Steem, you just don't. Steem become fast & large with age. I'M SO GLAD THAT @NED TOOK THE COURAGE TO CREATE AND BUILD STEEMIT.
STEEMIT HAS BECOME MY HOME.
HAPPY BIRTHDAY MY DEAR STEEMIT ♨️AND TO ALL STEEMEANS.💖

So much achievements in such a few years. We still have a long way to go. I see steemit surpassing Facebook, Twitter and other social media. Steemit is the future!!
With still soo much introductions of projects and additions to the Blockchain and to the crypto world in general. I believe steemit has come to stay.
Happy birthday to steemit!!! I feel lucky/blessed to be among the multitudes celebrating steemit 2 years of existence.
Looking forward to next year. I believe there will be sooooo much more to celebrate!

Great job done by you.im impressed..good initiative to exposer to all..it will helpfull to the new users too.
thanks for such a good topics.

Happy birth day steemitblog. have a nice day. thanks for sharing.

Wow! I'm glad I caught this post, only two hours after it was published. Happy birthday Steem blockchain! Happy birthday Steemit! So much has happened in two years (much of which I only read about), can you imagine what you'll say at the 10th birthday? :)

Is that the reason why you changed unannounced the version of api.steemit.com?
'blockchain_version': '0.19.4'

hear hear, it's pretty stunning for two years work i will say, they have fixed so much in that time.

Oh, Steemit is 2 yrs old. Belated happy birthday Steemit then. Lots of growing up to do. 👍

The developments that are to come will improve a lot the user experience here (communities), the value of Steem (SMTs) and its potential (scalability).

I am proud to be here with so many other people and I am shocked to see that this post has such a low number of views and activity.

That's great. The Steem genesis block was history in the making. I'm so happy that I'm able to be a part of it. Happy Birthday, Steem.

I join in the congratulations. Happy birthday! I wish you further development!

Glad to be a part of this STEEM Blockchain.

I am REALLY liking the sound of the Third Year...

Happy Birthday! Just done this postcard for the case. 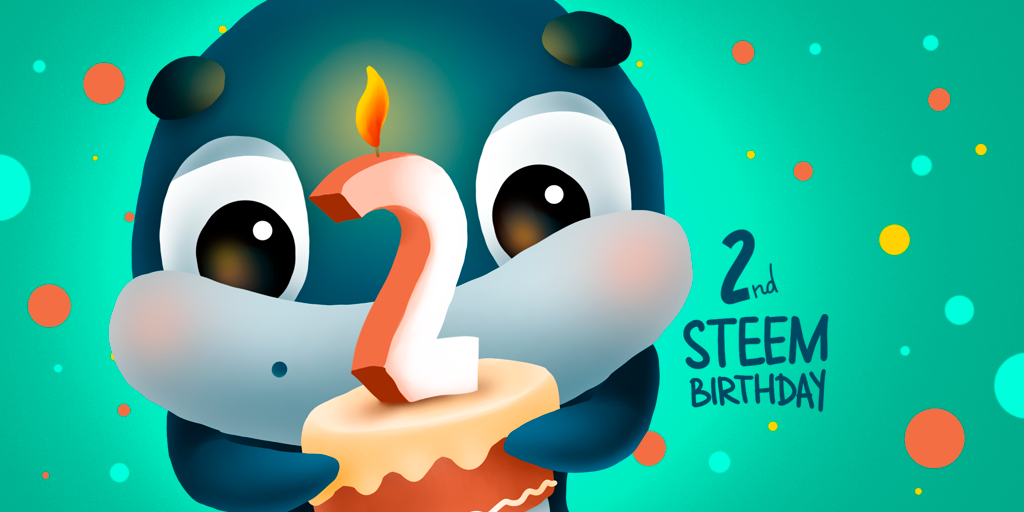 .....darn 2 years seems like ages ago when one only been on the blockchain for a few months

Many many happy returns of the day

Steem blockchain is capable of changing the world as we know it. The rate of innovation is staggering, being here and seeing it all happen live is one of the best experiences of my life. A drink for even brighter future and HB.

Happy B-Day Steemit and many more!!! Happy anniversary to this life changing opportunity known as steem it has really change a lot of life's including my.

A very happy birthday to steem. Being 2 years old one can assume steem stood on it's food and will soon start running

Happy Birthday Steemit ​🎂 And many more!!

Blow out the candles, make a wish!

I wish our image profile pictures would
reappear! :-)

Happy Birthday to my favourite platform

In a good or bad way?

it has been 2 great years of starting this great website based on blockchain technology. i hope in few years steem will be part of the top 5 coins in the world.

Happy anniversary and thanks for sharing! A link to your post was included in the Steem.center wiki page March 24th. Thanks and good luck again! happy birthday to you

New to the platform and already love it! Decentralised blogging, what an amazing idea! Lots of love <3

Happy birthday! Steem is still my favorite blockchain tech. I use it more than any other Crypto and hope to do so in the future!

We are thankful to be part of such a wonderful and growing community and look forward to how far we can go in the near future! With love, Blockbasis

everyone enjoy the steemit party :'D

wish you are happy birthday!!!!

Happy Birthdays Steem Blockchain. Wish All The Best For You ❤️❤️❤️

2 years of Steemit existence exactly when my account reaches 2 months.

The only problem I have with the platform is that I did not found about it sooner. But better late than never I guess. Maybe 2 years from now I will be considered one of the early adopters lol.

Anyway, happy Birthday Steemit. Good luck to all the people on the platform and to all the newcomers that will join.

Steemit to the moon!!!

Resteemed and excited for year 3!

Happy Birthday STEEM! I think there should have been more posts or celebratory fashions around this date.

Looking forward for the realase of HiveMind and SMTs .. AppBase is already ready for primetime I believe ..

Happy anniversary! May we have many more!

Why have our profile pics disappeared?

Congraturations! You guys have done really great job. I really appreciate about this.

Happy birthday steemit, i am looking forward to the SMT's who could really change the web how we use it today and tokenize nearly every website. Pretty exciting.

Happy birthday. Just to be as little original as anyone else :)

I am looking forward for the next steps (and communities in particular).

You are a wonderful person, my friend, I am always watching you
You are like me here. I wish you every success.

Come here @selina2
ill show you the bottom part of this post.

i just went and check your comments, you are just a spammer. i knew it,
You have multiple comments that are copy and paste in different posts

what better gift that to flag you out for spam