NASA announces the destruction of asteroids with atomic weapons. 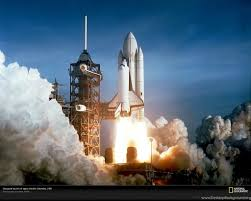 How many asteroids move in space They push each other down. Some of them run to the earth. Such an asteroid bayu This asteroid is going to hit Earth on September 21, 2035.

But the relief is that NASA has discovered the way to destroy this asteroid. This asteroids can be broken down with the help of atomic bombs before reaching the Earth. Recently NASA reported this news.

However, the probability of pushing this asteroid beam in the world is very low. Just one in two thousand 700 percent. But the United States administration does not want to risk it too. However, they want to prevent it. For now, the asteroid is 54 million miles away from the Earth and the Sun's orbit. But the asteroid is too big in size. About 500 meters. So it can be a cause of fear to the world.

But NASA has exempted the world from the fear. If the asteroid tries to reach the Earth, then nuclear bombs will be applied to it. This project has been named HAMMER (Hypervelocity Asteroid Mitigation Mission for Emergency Response).

NASA said, this year will be near the Osiris-REX bayu Samples will be collected from there. By 2023 the sample will reach the Earth. Then it will be possible to take the first step. It is not possible to know anything before.

NASA has exempted the world from the fear.