It is a little bit hard to start writing again after so long, but if I don't do it it will be some months (or perhaps even years) before I'll start again, and like all other skills if you don't write regularly your writing muscles atrophy. 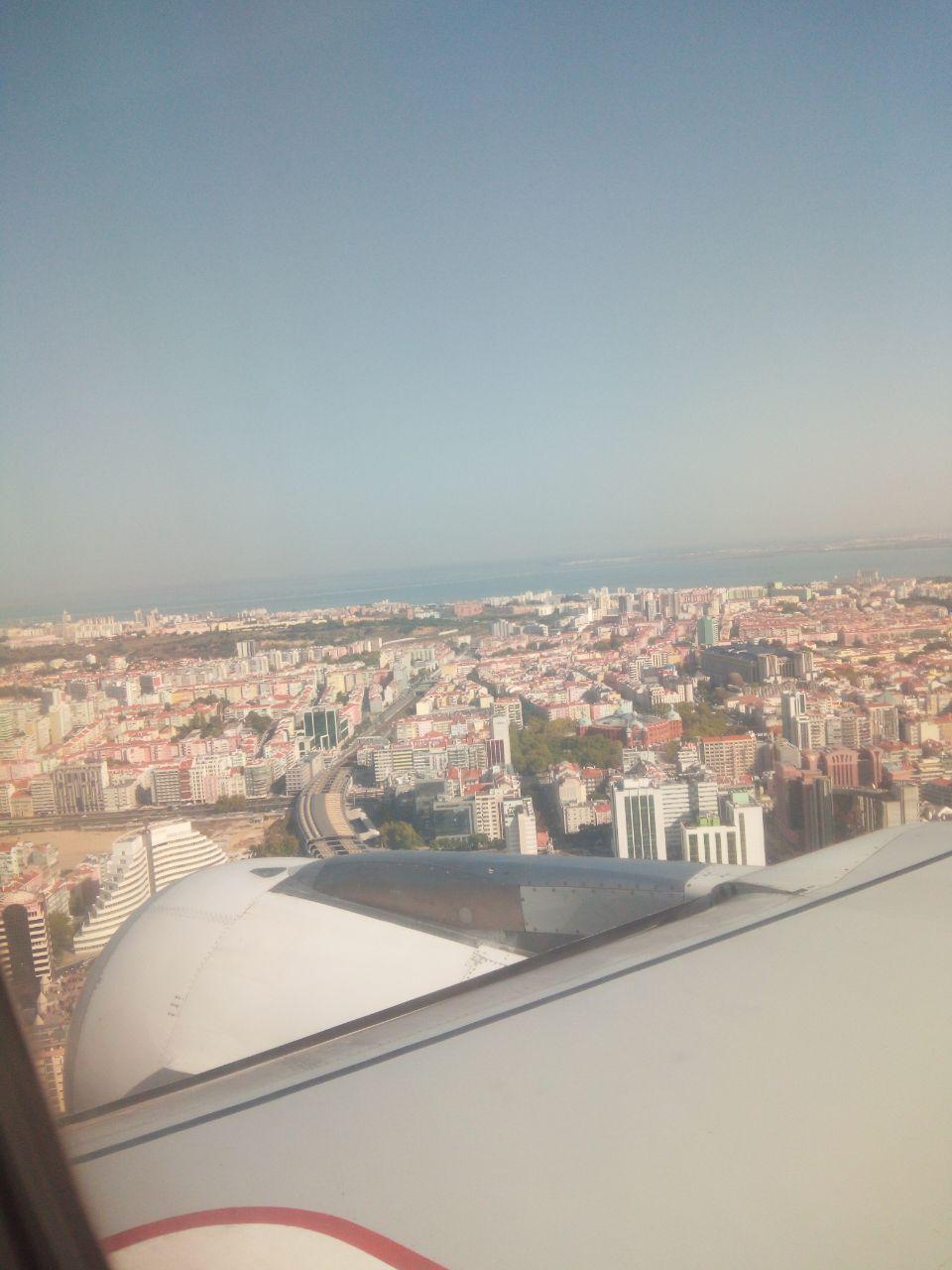 I've actually arrived on the 26th of October, and then walked all the way from the airport to the center of the city where the hostel I was staying at was. Lisbon is quite compact for a guy like me, who likes walking and lives in a city like Moscow, that is spread over a large area. On the other hand is that Moscow is much more level. One of the first things I saw while I walked was a winery with grapes growing, just less than a kilometer from the Airport.
In general Lisbon has a lot of old buildings and tons of graffiti much of which is either just art, or stuff about anarchy, anti-facism, communism and whatnot. I also think that there is an election/pre-election thing going, because I saw some things like this: 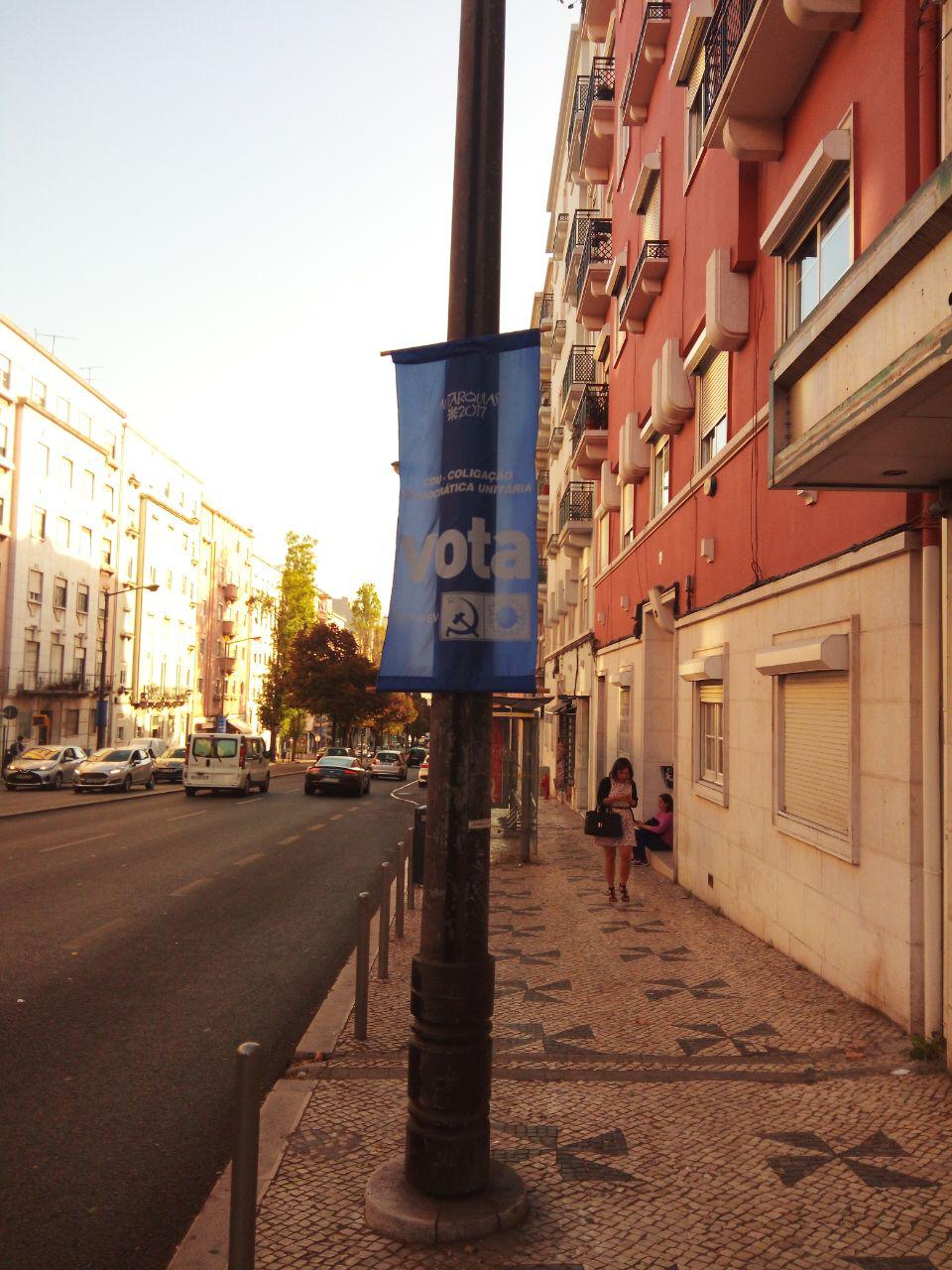 A hammer and sickle emblem next to a picture of a flower. There are some other interesting emblems, but I saw one next to it, and didn't get a photo, something with a fist inside a gear. All the imagery reminds me of the stuff that people who did the graphics during the Soviet Union days, perhaps if I see something like that in my travels I'll show you the pictures.

Anyway, I like to spend some time in the city before and after whatever event that I am comming to, interacting with people and whatnot. Unfortunately before flying to Lisbon I was feeling a bit anti-social, so I wrote only two Couchsurfing requests, and since I didn't have any replies I decided to stay in a hostel. It was quite cheap and cool. It is called NEXT Hostel, but right now it is closed for the winter and is probably going to get re-opened somewhen in March or something. A friend of mine suggested I go to Barrio Alto, because that is where all the nightlife is happening, but I was a bit anxious to go walk around the city, so I went there during the day, and of course everything was closed. As I was previously saying Lisbon is all in graffiti, and this one above, I just had to snap a picture of to show to a friend of mine, who draws in a similar style. I was going all over the older part of town, where most of the houses are from around 16th century, at least so does the plaque at this little church says, and the houses around it all look very similar, so I wouldn't be surprised if they are from the same era: 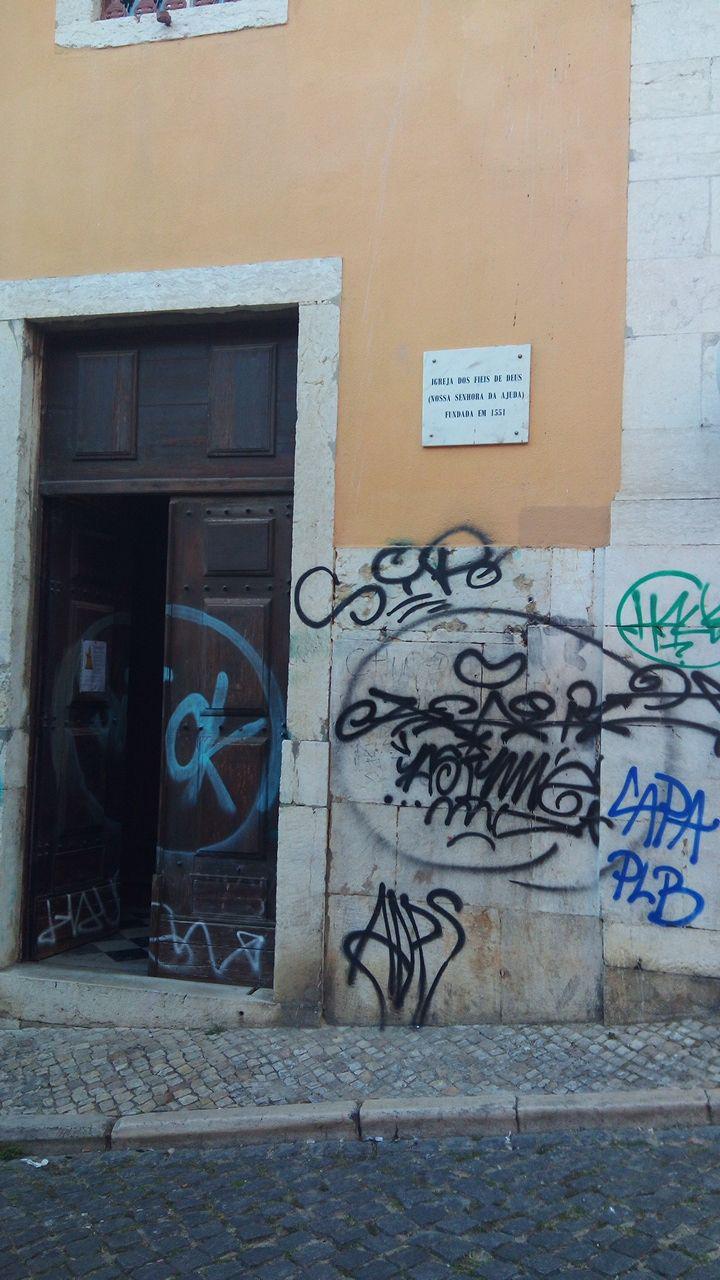 Anyway, while there is perhaps much to tell about those days, and some more pictures, I'd like to talk a bit about what happened after I moved into the room that I am writing this from. This is the view from our room, I've rented it together with girls from Flacoin, and it was a really nice decision, because @anasya has a really good knack of finding cheap and cool places. The hostel is called Namastin, and I it has both affordable prices along with great atmosphere and really cool owner.

Anyway, on the 31st in the evening we dropped by the Hotel Fenix, and met some steemians, and that was one of the things that prompted me to start writing again. (aside) I was actually thinking about doing some posts even before coming to Lisbon to get a few SBDs to help me out with the travels, but... (/aside) But it was talking to some of the steemians, like @teamhumble that made me want to write.

What I like in SteemFest is that it is sort of thing that has that missing part of the puzzle, that wants you to engage with the people. And that it brings so many like minded individuals from all over the planet into one place, and helps you see that you're not the only one who is working in that particular direction, that might help get the world better... (I've been meaning to start writing about that for quite a while, and hopefully I'll start doing that soon.

Anyway, I have to wrap this up and go work on the slides for the talk that I am giving tomorrow about the RuDEX team, our @blockchained witness and initiative, and why you should check out what we're doing, even if you don't speak Russian. We've been doing this stuff for quite a while now, and now we're at the stage where it would be prudent to start talking about it, and as I am an outreach guy for our team, I am now in Lisbon to do a talk about it tomorrow. :-)

Congratulations @xanoxt! You have received a personal award!

I looked it up and saw there were local elections on October 1. On the national level, the communists are supporting the socialist government. Hard to imagine that happening in any other EU country. In Belem, I saw them advertising the new minimum wage of 600 euros per month. It is probably similar to what was in Spain, where there were a lot of Anarchist, Anarcho-Communist and other similar groups during Republic, so the tradition is continuing after the change away from Authoritarian regime.

hi @xanoxt, nice to meet you in Lisbon :)

just finally caught up with blogs (reading) was pretty awesome to meet and chat like we did, i'm sure we have more to chat about in the near future too as these things tend to build on for future conversations you know?