Hello great steemians and senior colleagues. Welcome to my blog today and I hope you will have nice time here.

I'm dedicating this post(story) to all givers on this platform that show their act of kindness one way or the other. People like @emmakwisequote, @darmarth, @dorbatim, @ehiboss, @ogoowinner, @akintunde, @everlove and lots more.

There lived a woman named Clara, a baker of bread. That's what she does for a living, she wakes up early in the morning to bake bread and put a good number of the baked bread in front of her house for sale. 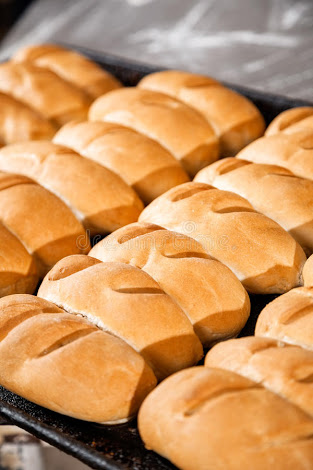 After putting the bread in front of her house everyday, a hunched back beggar will pass by and pick a bread without permission or begging and yet will say a statement that "whether you do good or bad, it will speak one day". This kept repeating itself on daily basis. Clara got infuriated that this hunched back begger was taking her as a fool, he will pick bread without permission and won't even bother to say thank you but would only smile and make a nonsensical statement "whether you do good or bad, it will speak one day".

Nonsensical statement, she called it.

One day, a thought came to Clara's mind giving a point that the life of the hunched back beggar is in the hollow of her hand. So the next day, she baked all her bread full of poison and left it in front of her house expecting the hunched back beggar, but the beggar really delayed in coming that early morning. So, Clara poured the poisoned bread away and bake fresh and good bread for the purpose of sale. When she was done, she carried the bread to the front of her house and before she turned back, the beggar showed forth. He picked the bread as usual and said "whether you do good or bad, it will speak one day". It really pained the woman but she had to let go.

The young boy moved on trecking after regaining strength. When he was afar off, Clara saw the young boy and shouted "John", she ran off to hug John. John was her son missing for eleven months.

John explained all that happened to his mother Clara and how a hunched back beggar helped him with bread.
Clara now remembered how she poured away the poisoned bread. John would have been the one to eat the bread.

"whether you do good or bad, it will speak".

It's a choice to do good or bad but it pays to do good though it may cost us sometimes to do good but there's a great reward at the end thereof.

Thanks for reading through, I really appreciate your time. See you soon.

Yeah man, this is lovely and wonderful! The story line is awesome and teaches morals. How Clara could have used her wicked heart to destroy herself but God was behind her, the old man and John. Sometimes, many thing that we do is for own good but people seems not to understand that! More inspiration to you man. You're creative and talented. Thanks💖💝💞

Thanks so much @oduwole. I appreciate the wonderful moral you deduced from the post.

Thanks for the honor bro, definitely we all reap whatever we sole

Sure @olamilekan21, we reap it. I appreciate your act of kindness.

Wow, this is real hot, real lesson to be learned here, thanks much for this write up

Thanks so much for going through the write up. I really appreciate

Congratulations! Your post has been upvoted by Reach Out, which is proudly sponsored by @eturnerx. Our goal is to support Nigerian minnows on Steemit. Join our discord group https://discord.gg/NWAkKfn1

Thanks so much, I really appreciate

I Learned a lot from this Post . It teaches Us a Good Morals and also confirmed the Saying " One Good Turn Deserves Another " I Hope every reader will always try to cultivate the Habit of doing good to fellow Mankind and even so Generally . This Story is worthy of emulation and I have resteemed it . I am Moved and Motivated . God bless You Bruh .

Wow! Thanks a lot. I'm so happy for your comment, the morals deduced and more so, for resteeming my post. Thanks so much, you really encouraged me

Wow @alfred1 This an amazing story with good inspiration. Thanks for checking my blog always.

Thanks so much for your comment @princefm. Thanks for reading through