Wow, guys! After that last post we actually moved the delegation needle a little. But we're still way short of our target of 100K SP before a Beta Launch.

Now we've estimated 100K SP will be the minimum SP we'll need to begin operating at a basic level as we'd like to reward the 'Block Deals Bargain Hunters' a maximum $5 upvote for their contributions. And with 20-30 decent deals expected per country per day even 100K SP will be a stretch. But we have to start somewhere.

@ned if you want to help us out we aren't asking for a permanent delegation. Just long enough to see us through a launch period, then we'll let the results will speak for themselves.

Anyway, we have some AMAZING! people on this platform who believe in the STEEM DEV Comunity and what we're trying to do promoting STEEM to a larger audience.

Thank-you to all our STEEM POWER Delegators so far.

We know you get it and hopefully, we can convince many more to act in a small way to get our STEEM Train rolling out of its station.

However, we do need to address the elephant in the room which is the mantra most of us live by, 'What's in it for me?'

What's in it for me?

Firstly, it's a very internal question that can only really be answered by yourself, but what we've discovered is everyone on the platform is here for one or two reasons:-

Fortunately, we can satisfy these two basic desires with our BlockDeals App.

You are here to make money 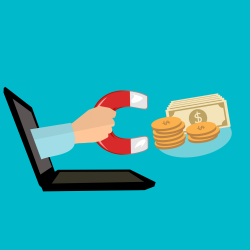 Yes, I put this first, because whatever your reason for being here, making money is always on the back on everyone's mind. And you're kidding yourself if you think you're making money while the price of STEEM is going backwards.

Sure, you might be collecting more tokens, but what if the price keeps heading south? How much are you really earning per post?

BlockDeals aims to address this constant decline in price, by spreading the STEEM message far and wide.

We're doing this by disrupting the deals and bargain hunting communities who currently enjoy MILLIONS of visits per month. Yes, it's that popular.

And our offer of free STEEM for the BlockDeals community is our unique point of difference.

Of course, we need your SP delegation to help fund this. So help us to to move the STEEM price needle in the right direction by becoming the most popular crypto currency in everyone's wallets.

Yes, you can think of BlockDeals.org as a faucet and it's time to turn on the taps.

Even a small amount makes a huge difference.

You believe in the STEEM Blockchain and want to see it succeed.

We believe in the STEEM Blockchain too and that's why we've spent countless hours developing a new interface the STEEM community has never seen before. 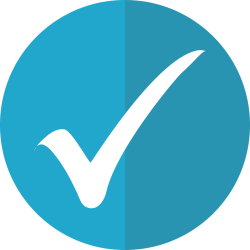 If we just wanted to make a deals website it would have been so much easier to build one in java and html, but that's not what we're about.

The Blockchain is the single most important technology so far this century and we wanted to ensure the STEEM Blockchain has utility and becomes the darling of the crypto world.

The power of STEEM isn't in it's stored value but the ability to be the new digital currency.

FREE Transactions that only take 3 seconds is something worth shouting about.

And we are poised to shout it out to the world.

But having STEEM in millions of people's hands is pointless if they have no where to spend it.

Welcome to Stage 2 of our project. If successful we can easily convert BlockDeals from a bargain hunting deal finding website, to one that offers Group Buy Deals to the world using the STEEM they've earned.

Then suddenly we go from being a token with utility, to one that also acts as a currency.

But for now we want to focus on Stage 1 of the project which is acting as a faucet to spread STEEM far and wide to grow a community that wouldn't normally be interested in crypto. Then we'll have something to work with.

So please consider delegating even a small amount of SP to this project to help us reward the people that are new to STEEM and are willing to contribute to the BlockDeals community.

Now over the next few weeks we'll share more ideas on how we can help you to help us.

"We didn't even know this existed"

And together we can give this project the voice it deserves.

Awsome stuff @blockdeals thank you for sharing! I also and setting things up like you and you have inspired me to take more action!

Dude, don't try to hijack the comments. Was this post not worthy of your upvote, so you thought you'd just upvote yourself?

It's a shame that someone with as much influence as yourself is actively self voting in the comments on trending posts.

Hate it when people do that... so much.

@joeparys - maybe you could delegate some SP to the cause? They are inspiring us all to take action - it’s win win for all of us

Good job on the project guys.

I'm liking this method of fundraising too - people can help fund these projects, and have no real loss - if the project is abusing your money, you can just take it back again.

Exactly! I couldn't have said it better myself. And thank-you again for your delegation.

Yay! This is going to be great! I couldn't give a lot, but you're right, every little bit helps! I'm so excited about this project!

Every little bit helps. Thank-you very much :-D
And we haven't seen any deals from you yet. Still on the 'To Do' list?

Well I had a few questions, but didn't know how to find you in the discord!

I don't really buy things, and I don't care about deals... but I care about you guys,... freakin' heaps... so I've resteemed like a boss.

Also, have you guys set up a curation trail? I'd be more excited about following that than a straight delegation, if that's a thing that is possible...

Thanks mate. @just2random was talking about setting up a curation trail the other day. I don't know anything about setting them up but I agree that it would be well worth doing. Worth some research for sure.

It's coming and we figure this is another way people can contribute to the project. We only want SP to upvote deals, and that's exactly what following a curation trail will do too.
So you are spot on!
And thanks for Re-Steeming like a BOSS ;-) We wish there were more like you :-D

Not entirely sure how it works but @hyperfundit.com and #upfundme could be a good resource to help fund this project. Best of luck!

Yes, we are going to try this route too, but looking at previous projects we aren't very hopeful. Fundition is another crowdfunding app we are investigating.

Wow - massive target guys! Good to hear the needle is moving though! Is there a date you’re aiming for for the beta launch?

It really depends on delegations. We don't want to spend money on the launch and create a buzz only to realize we don't have enough SP to upvote deals more than a few cents. :-(

After jumping through the sign-up hurdles, I'm guessing people wouldn't be too happy if they get a few cents for their troubles.

If someone pledged 100K tomorrow, I'm sure the devs could find the time to push out the final features and have a Beta out a few weeks later.

Sadly most of our energy is used for finding funding when we should be working on advertising and public engagement campaigns.

I am very confident of progress Blockdeals, with our blockdeals will be faster to advance steem and profit will suit our effort @blockdeals

Congratulation blockdeals! Your post has appeared on the hot page after 63min with 17 votes.

We all are there to help you

So as I understand you are having a vision to build a deals site based on Steem Blockchain ? And before that you want to build a faucet where people can earn steem ? Still I could not understand what delegation would get in return ?

We already have a deals/coupons site on the Steem Blockchain, which acts like a faucet getting Steem tokens into the hands of people who contribute to the site. The SP delegations are to fund the upvotes for those people posting deals.

The Group Deals feature, would come much later after building the community and making sure enough people have Steem to spend.

Delegations are acts of goodwill at this stage and can be revoked at anytime.

Our aim is to leverage this App to get Steem more widely used and talked about. As a result we expect to see a positive move in the token price. (no guarantees but generally this is the way it works when investors see utility in a token)

I can not create blockchain account. Can you please help me.

Do you mean a Steemit account? Because you’re using it right now...

Excellent idea! Would love to see you succeed. Also currently developing an app for Steemit. So food luck fellow developer and Steemit promoter!