I found a pretty smart way of investing on steemit, after experimenting for over a 100 days. 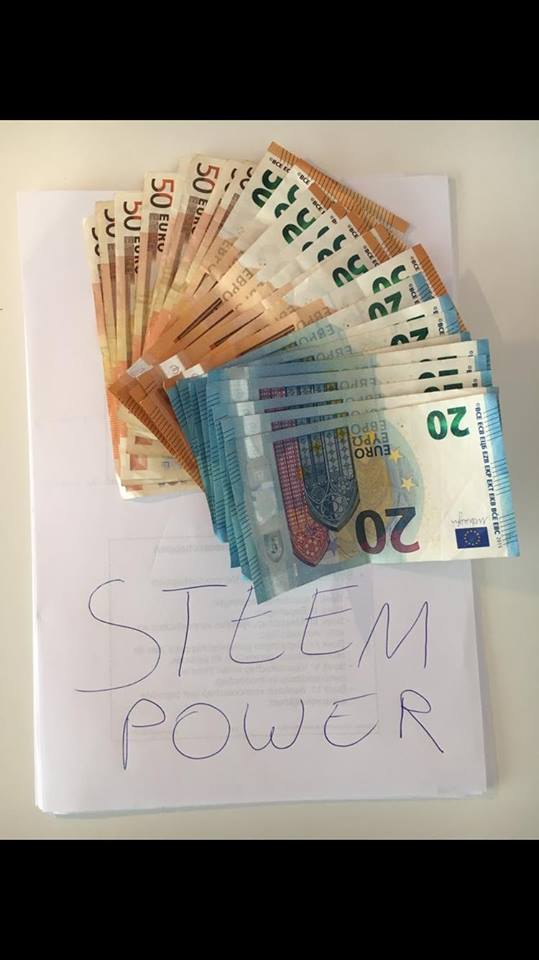 By using this 4-step method your are unwillingly dollar cost averaging your buy's, wich is THE BEST WAY of investing. I have bought SBD at 1.55USD/1.78USD/2.1 USD and 2.8USD. I have stopped since then because steemit was going parabolically, wich is not healthy.

Another cool bonus using this 4-step method is that you get a lot of exposure and followers.

Im waiting to see if BTC holds 9k or 8k. If not I will wait untill we bottom out at 6k. If btc breaks 10k I will continue buying little chuncks every week (100usd/week).

I will try to decide what to do before 15 June if BTC keeps consolidating around 9k, because Goldman Sachs ETF's and Smart media tokens might drop around that time, so I don't want to miss the huge ride up. We also have a big event comming up in october; Nasdaq may launch crypto tarding (are worth 9 trillion dollar)

Is it too late?

Is that even a question. There are only 1M steemit users compared to the 2.2 Billion Facebook users. We also are a social media platform, wich is an automatic win by itself. Combine that with the fact that steemit will enable ICO's for only 0.99USD.
So we are a much cheaper and easier ethereum/Neo combined + a faster and feeless BTC. now digest what the fuck I just told you and start selling your house for some mouth-watering SP.

Bonus: did you know that by owning only 500 SP you are part of the 1% elite of Steemit users.

Tell me what YOU think x

Great post, thank you for the investment advice with steem Im always looking at ways to make this platform work the most for me and seeing what others are doing as well.

It's always interesting reading your posts, whether it's automotive antics or other advetures, your strategy is an interesting one, definitely some skill and knowhow there - I've just read the man guy behind Reddit has projected Ethereum at 15k by year end, maybe an idea for your portfolio, great post.

Ty my man, love it when someone enjoy’s my posts ;) Ethereum can actually get to 15k, but at the end of 2018 is very hard. I see it at 2.5k. Its going up now because the US senate is going to classify Ethereum as a ‘security’ this monday, wich appearantly is good.

Very interesting i will look in to it. And nice going with the R#thschild#s getting in some questions.

Dude youre a genious! im waiting for a fair price to invest! but there are the usual questions, how low will it go? i think when it drops to 2 dollars im in.

Thank you my man, don't be so sure it will drop back to 2usd, because the exchanges are currently manipulating the markets to increase volume so they can bank lots of fees, as long as they dont run out of money they will keep the btc price artificially high.

Bookmarking. This is some good advice. Can I borrow 500SP?

Now is the perfect time

Yeah, I agree my wife and I have invested $500 so far. $250 on each account. This is our first venture into the crypto world. Quite exciting!

But after reading this I really want to strive for 500sp asap.