@theuxyeti is leading an effort to redesign steemit.com. I am in full support of what he is doing. His goals are to make steemit.com more intuitive for non-Steemians and more useful for those of us who use the platform.

I think to better promote the effort, there should be a hashtag that is used so more Steemians are encouraged to write up improvements they would like to see. While people are commenting with suggestions, I think these will get lost and we all comments don't tend to be as long-form as posts. So please post your ideas for improvements. Chances are most won't be done soon but other efforts may use them (e.g. mspsteem).

The obvious hashtag for this effort is #steemit. That won't work because this is also one of the most popular hashtags used. I propose that in addition to using #steemit which will reach a wider audience, we use the more targeted #redesign which has only a single post so far. These two hashtags will achieve both reach and a separate hashtag for us to post ideas.

How will @theuxyeti's redesign ever get implemented? That seems to be how our community works. I'm new here but it from what I understand Witnesses get the work done. The way Witness voting should work (excluding dormant whale votes), Witnesses need to be improving the community to be in the Top 20 where they can earn significant Steem. Earn is the key word in there. So make your Witness votes count!

@theuxyeti has some heavy hitters commenting.

I received a large response from many high profile advocates in the community like @aggroed @themarkymark, @velimir, @fredrikaa and @fulltimegeek. 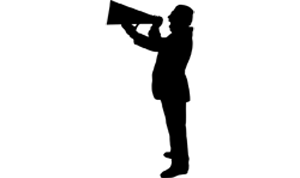 How can you help?

Aside from posting your ideas with as much detail and explanation as possible, let's all help @theuxyeti spread the word to make get more of the community involved. Plus, the wider this gets and the more the gets done in a collaborative way, the greater the chance that the community matures and evolves to a point where there is a better way to resolve disputes than whales getting into downvote wars.

Let's work together to make SteemIt even better!

thank you for the post. I am definitely trying to push forward with great new ideas by harnessing the peoples voice, my own expertise and the community as a whole. I am grateful for the voice post and will continue to push forward here. thanks

Making it more intuitive would definitely help. One of the reasons I haven't recommended SteemIt to others is because it's less clear than other known, established blog/social media platforms.

My issue has been that it takes over a week to get an account (and sometimes there is never an approval). 🤦🏻‍♂️

So I tell people one-on-one and offer to set them up with an account through https://steeminvite.com/