Why I need to power down

A couple of weeks ago I wrote a post on a nightmare about me and Gastone, my dog.
In this dream, shortly, we were both attacked in the forest by an animal, Gastone was overwhelmed and I tried to help him and take him away to save his life.
It was a dream that left me particularly disturbed when I woke up, which is why I wrote that post, sharing some photos and memories of our years together.
I do not know if it was a kind of presentiment or the manifestation of a state of disturbance related to his age and health conditions but the fact is that, due to a subsequent arise of some health problems we started a few days later, out of nowhere , the carousel of vets and prescriptions.
Gastone is ten years old, they are not so much, but for a bulldog they are not even few, and it's evident that he's approaching towards the end of his life. Apathy, the way he moves, his character; all aspects that concern him that make him look for what he is, an old dog.
After that dream, my fears were absurdly materialized in the form of clinical symptoms, and after two weeks we still don't know precisely which pathology is affecting him, in addition to the gallstones that have been identified during a painful ultrasound.
But it seems that there isn't only a matter of gallstones, and the inevitable surgical operation that he must undergo for the removal of those will interact, more or less negatively, with the possibility that it is affected by Cushing's syndrome, a complex clinical picture that could open to different kind of relapses.
To date, the only certain thing is the economic weight of these therapies and the surgical operation we are going to face, in an economic context certainly not beautiful, between an unemployed mother, a rent to pay, never timely salaries and so on .
I therefore find myself forced to power down, to help me in some way to cope economically with the expenses I am going to deal with.
I've been on steemit for a few months now, and on other networks I certainly couldn't even think of being able to receive financial support from the content I share with other people, and if there are valid reasons to do a power down, practice for several reasons, many correct, badly seen by many, well I think this is one of those.
Ultrasounds, blood tests, urin analysis, tampons, prescriptions, surgical operations, costs a damn and in our country, in Italy, in a historical moment in which unemployment grows and support and services to social classes are eroded by an infamous political class and an aberrant state management, everything falls on the shoulders of those who have to face different problems on a daily basis.
I don't know in addition to my personal power down what can help me to cope with the situation, but anyone who feels fine with giving me an upvote or a resteem will have my infinite gratitude.
Gastone is there sleeping under the sun, I look at him and I think it's ten years of life that we have shared, and he don't know that the long visit to the vet that he did today is nothing compared to what awaits him. 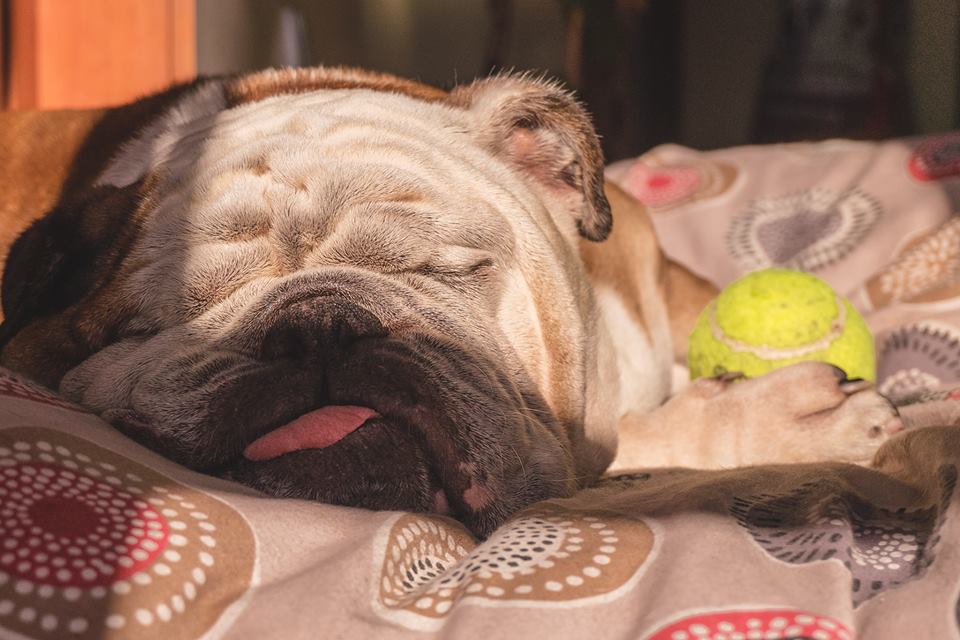 I must try to put this post under the attention of some active whales around, sorry guys for bothering you with this multiple tag cloud, but I don't have you direct contacts, you can contact me privately on discord via iamunframed#9496 hoping that someone will help with just an upvote.
@slowwalker @fulltimegeek @donkeypong @pharesim @glitterfart @transisto @fyrstikken @adsactly @xeldal @roadscape @jamesc @ned @xaero1 @gavvet @dan
With gratitude

So sorry to hear about your dogs health problems. I have a bulldog mix so am familiar with the health problems that this breed faces, my dog is 11. Typically the mixes are a little healthier so hopefully I have a few more years with him but he is getting up there in age. Just the other week a friend of mine had to put her dog down, another bully breed, due to hip displacea.

Really feel for you brother, praying for you and your pup. My dog bambam is wishing him well too, pic below is my dog, not a great pic but was one of the only ones I could find of my pup on google images and didn't feel like having to send one from my phone and download to post... Thank you so much friend! Gastone himself too is a little mixed, it's a bit taller and longer, that's why 'till today he didn't suffered any kind of disease, really dynamic (I mean... for a Bulldog), and healthy.
In fact this gallstones pathology too it's not so uncommon and not so dangerous, but here we have also some Cushing symptons that can affect the surgery. Beside this the therapy, drugs and surgery are fucking expensive, and we haven't any kind of aid or state fund for domestic animals which is unfair.
In the next days we are going to discover something more about the Cushing, if it's affecting him or not, than we have two weeks of antibiotics and food complementary to face the surgery with the most stabilized physical condition.
I'm sure that bambam (supercool name) will go well for other 11 years! And thanks for your support and resteem, it means a lot!

Hey there @tolkatore, I see you are still checking in. How is you hiatus going?
I think I pretty much gave up Steemit, at least for now.

My heart hurts for this difficult situation. My prayer will be with your and your furry four legged companion. Upvoted and resteemed. Thank you for sharing!

I wish I could give you the biggest upvote for Gas!
Sending healthy vibes to Gas and you.
xx Lucy

A dog’s shoulder blades are unattached to the rest of the skeleton to allow greater flexibility for running.