SBD vs. Steem - Why knowing the difference can save you money

As I have recently recruited a lot of my friends onto Steemit, the main question, and one that seems to be the most confusing to new users, is the difference between SBD and Steem (and also Steem Power). In order to not have to continuously answer this question, I am going to do my best job of explaining the difference in this post, and also why knowing the difference is so important to understand.

Steem Power: I like to think of this as investing in the future of Steem. Steem Power determines the value of your upvote. The more SP you have the higher the amount of SBD/Steem you can create and thus earn over time. When you are paid out from a post, comment, or curation (your upvotes on other peoples stuff) you will be paid out partially in Steem power. You can also "Power Up" your Steem into Steem power. Steem Power is NON TRADEABLE. If you want to get back your tradeable Steem, you must "Power Down," a process which pays you out weekly in 13 equal payments.

Steem: A liquid, transferable, exchangeable, or power up-able crypto currency. As the market cap of Steem increase, so does its value, and Steemit users are rewarded for selling it to the market. If you don't want to sell it, you can power it up and earn more through your higher valued upvotes. Currently Steem is worth about six dollars a piece and some thing it could go much higher due to the appeal of having Steem Power and the low amount that is available to be bought on the market (and not locked up in Steem Power).

SBD: Here's the explanation why they made SBD rather than just having Steem:

"Merchants give users a way to quickly convert their cryptocurrency into tangible goods and services. Merchants need a currency pegged to their unit of account, normally dollars. Accepting a volatile currency introduces significant accounting overhead.

Merchants will accept any currency if it increases their sales. Having a large user base with a stable currency such as SBD lowers the barrier to entry for merchants. The presence of merchants improves the system by creating an off-ramp for users to exit the system without going to the trouble of using an exchange."

However, this hasn't gone quite as planned because a lot of people are speculating on its price currently. It is currently priced at about eight dollars so you should currently set your payout rewards to 50/50 and I think unless SBD goes back to $1 you shouldn't ever convert it to Steem because it is not a 1 for 1 exchange and you will lose in total dollar value. This is why it is so crucial to learn the difference. Now you don't have to make the mistake I made of converting Steem to SBD. If you want to convert your Steem to SBD, send SBD to an exchange such as bittrex and sell it for bicoin, then buy Steem or vise versa if you want Steem back.

Also, if you're confused the estimated USD worth of your wallet, it takes into account the Steem market value but not SBD, it estimates it at $1 which is why it may look a bit lower than it should be at the moment. 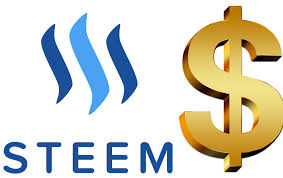 Short but on point! Loved the guide!
I've recently joined Steemit and this answered all of my questions regarding SBD. Thank you very much!

EDIT: I reread @jamesdenny's post. I wrongly used the word convert. I should have explained better by saying "sell at the market." Dude, I was wrong in what I said. I affirm what you said.

Original Comment:
Your post was a great explanation of the differences between Steem, Steem Power, and SBD.

I want to push back a little bit about whether or not someone should convert SBD to Steem.

It is a great idea if SBD is 2x or more the value of Steem. In those cases you can convert SBD to Steem which can be used to Power Up.

I recently did this and it was worth it to me. Now if the price of Steem is greater than the price of SBD it may make more sense to us the 100% power up option if that is your goal.

Are you sure? If SBD is 2x the value of Steem, you could exchange it rather than convert it then power up and be better off right? I recently tried to convert SBD for Steem as a test and got .29 Steem for .5 SBD, if sbd was 2x the value i could have exchanged it using bittrex and gotten 1 whole steem for my .5 SBD

And I think that this is what we both meant.

Again I sorry @jamesdenny. We are on the same page, but I was not explaining my page well.

I was thinking the same thing. I just misread your post. Again I am sorry!

that was my doubt !
thank you for the explanation...now everything is clear on my mind!

Point taken. Will definitely keep that in mind

This post has received a 30.00% upvote from @lovejuice thanks to @jamesdenny. They love you, so does Aggroed. Please be sure to vote for Witnesses at https://steemit.com/~witnesses.

Congratulations @jamesdenny! You have completed some achievement on Steemit and have been rewarded with new badge(s) :