Your post is worth how much?!? Not as much as you think, And that's the problem with steemit. What in the hell can we do? We the users, are attracted here for one reason, and one reason only. That money! That's right, all that space cash(cryptocurrency) we can't physically touch ,we want. You can argue you with me until you are dead, my opinion won't change. We are first and foremost here for the money.

Now, I'm not saying it's a bad thing. Everyone of us needs that extra cash right? Maybe some more than others. Just write , make a vlog, or hell, make a live broadcast, and watch the money come in right? WRONG. You need followers.... Followers that have alot of steempower. Only problem is, that very same follower you are hoping for is here for that very same reason as you!

And that's the problem with steemit, the money. Everyone is fighting for the best post to get some of that desirable steem or sbd. Which is also fine, if we all had that same chance as the others. But with steemit, you can ahead with more steempower, or by buying votes. Take for example, the much loved.... And by that I mean hated.. @haejin. Haejin is hated by the community for the very reason we are here, him trying to earn that lovely space cash. He posts 9-10 times a day, with each post making 100$ or more. He does this with 2 things. Using his steempower ,which as of writing, is 87,559.318. This isn't including his sp that he's renting from someone, a whopping 258,102.994. Thats a total of 345662.312 combined.... That's nothing to sneeze at. A single upvote from @haejin is worth 41.46(according to the calculator). Butttttttt, he also uses a second method for votes, and that's bid/voting bots. Bid bots are whales with alot of steempower selling their 100% vote to the highest bidder, or a pool of users who placed a bid. The bidding goes on for about two hours, and after that window closes, bids are tallied and is either spreaded out that 100% vote between the bidders, or one user gets it all. These votes can be worth anywhere from 1-500$, with max bids sometimes reaching over 200+ sbd or steem. I know it sounds messed up, you aren't alone on that. Many users, including myself, don't like the idea of buying votes. Unfortunately, we don't have a choice. And that's our problem, we are controlled by the wealth we carry. Don't believe me? Take a look at every single post in trending. Click on their names and look at their wallets. In those memos, you can see certain users are being sent a considerable amount of sbd or steem... 9/10 times they are being sent to voting bots. Remember where I said these users don't like the voting bots? Well they definitely don't, but it's pretty much the only way we can get new followers. Trust me, I have tried steemit groups through discords, facebook, even telegram. Nobody gives a shit about your post..... Because are there for the same reason as you. I know these groups mean well, but most of the time the users are asking for "vote for vote" or "follow me, and I'll follow you". It doesn't take a rocket scientist to figure out that's not the way to get followers to actually vote on your content. You know people need to see and read your content, and to be seen you need to be trending. Nobody likes this, not even the hated Haejin. I mean, what person wants to use their money to get more followers? Nobody! We don't make anything from it,But that's how our system works. How do I know this? Because I just tried it. Look at my last post, the bike crash one. Majority of those votes (besides a select few users who are friends and followers) were paid for using voting bots. I wasted about .01 of BTC total for these votes. So why did I do it? Well, to get my name out seems like the most plausible answer. I also figured since I've wasted money on dumb shit before like beer, strippers, gambling, crotch rocket parts(shit is expensive!), Puppies, crypto currency, my sloth astronaut portrait and the list goes on. I'm thing kinda guy who says screw it and just does it anyways. As of writing , my post is worth 65.43 with the value dropping by the second. At it's peak it was worth 71.73. If you did the math, you can tell I won't be making my money back. So that's our problem. We pay for steem and/or votes to get more followers. Nobody likes it, not even the hated Haejin. We hope to eventually stop paying for votes once we get enough followers, if that will ever happen. Am I going to still be paying for votes? Of course. I mean, what other choice do I have at this point? End rant.

Rest of the images are screenshots from steemit accounts along with my own.

I followed you @mrbearbear because you got me hooked on your article from top to bottom. This is the information I wish I had known earlier. But you have a good point. How could I have found your post without you paying for votes? I think my mistake was to rely on my Steemit earnings too early. Now that Steem value is much lower than a couple of months ago, I can't even afford a resteem service. But reading content like this sure makes one feel better. Thanks!

If it makes you feel any better, I actually read this whole post and upvoted/resteemed it because I wanted to, not because you paid me. :)

But it is most definitely because you paid to be seen, that I found you in the HOT section. lol

And yep, I figured that. This is what the article is trying to get at. There is no good way to have something seen unless you pay. Alot of people make great material, only to have it get no upvotes, or even worse.... No views.

Me too! Been trying to figure this all out but paying for votes seems like cheating LOL

Yep, but it's the only way to have your comment seen. And to help your thinking of it being cheating: like I said, I'm losing money. Also, they have the promotion button on the side XD (even though it doesn't work)

Thanks, I appreciate you taking the time to read it.

The problem that I see with bots upvoting your content is that it doesn't help with building an audience.
Quite often I notice more votes than readers on a post.
Wouldn't it be a lot better if you followed writers that you enjoy, maybe bands or artists that you like and could upvote them or not as you see fit.

Followers should be like subscribers. As if you've signed up to readers digest os Nat Geo.
That kind of follower. The 1000 true fans type of follower.
I don't see that to be possible on Steemit in the present setting.

This a flaw in the system. it's the glitch in the Matrix and I'm not so sure that it can be fixed.
Can it be?
What I am sure of is that this is the thing that will stop Steemit from becoming huge.

It is definitely a problem, that we agree on. But as for the paid votes, it does help you get followers. If I were to post this very same article right now, on a different account or with the same account with with no vote bots, I wouldn't be talking to you right now, because you would have never seen it. Being able to see lower voted posts is the big issue they need to solve. Me personally scrolling to the bottom of a endless page that constantly reloads more paid content isn't a solution. But I do totally get what you are saying about paying for votes. If I didnt have to do it, I sure as hell wouldnt.

It is really discouraging sometimes (or most of the time) to submit posts on steemit. I might as well invest in creating my own website, pay to maintain a domain, until the time comes I can generate an income. I just have to study and learn how to make money and attract advertisers who will be willing to pay to post their ads on my site.

Don't get discouraged, use it as a means to get better with writing. Find a better group on discord (smaller the better) and have them pick at your material. Once you get more comfortable writing or blogging, start thinking of using funds to promote. It sucks, but it's the shitty truth.

Thank you. It does suck, but I guess it's worth trying, than not having to try at all. I still have to learn how to get into discord groups and the bidding and which bots would actually help me get lots of readers with high steem power. There's just so much information to learn and I feel overwhelmed a lot of times.

Shoot me your discord name, and I'll send you some invites to the correct places. You can continue to comment on here if u like, I can also send you info this way.

Same as my steemit name. evlachsblog. Thank you. I am glad to have seen your post on Trending. So it just proves your point that buying bots so you're on Trending list is worth it. You got my attention (and so are the others'). I don't normally read anything that has too much Crypto or Steemit info because I don't understand the language. But you explained everything clearly and concisely. So thank you.

No problem! I'll be at home in about an hour. I'll pm you the info there.

Hey, tried finding u on discord, no luck. What is the exact name?

I don't know if it matters but I have #1299 after my name. But my username is evlachsblog. Do i have to connect to a server?

That definitely helps. Let me look you up again.

Do i have to be invited? 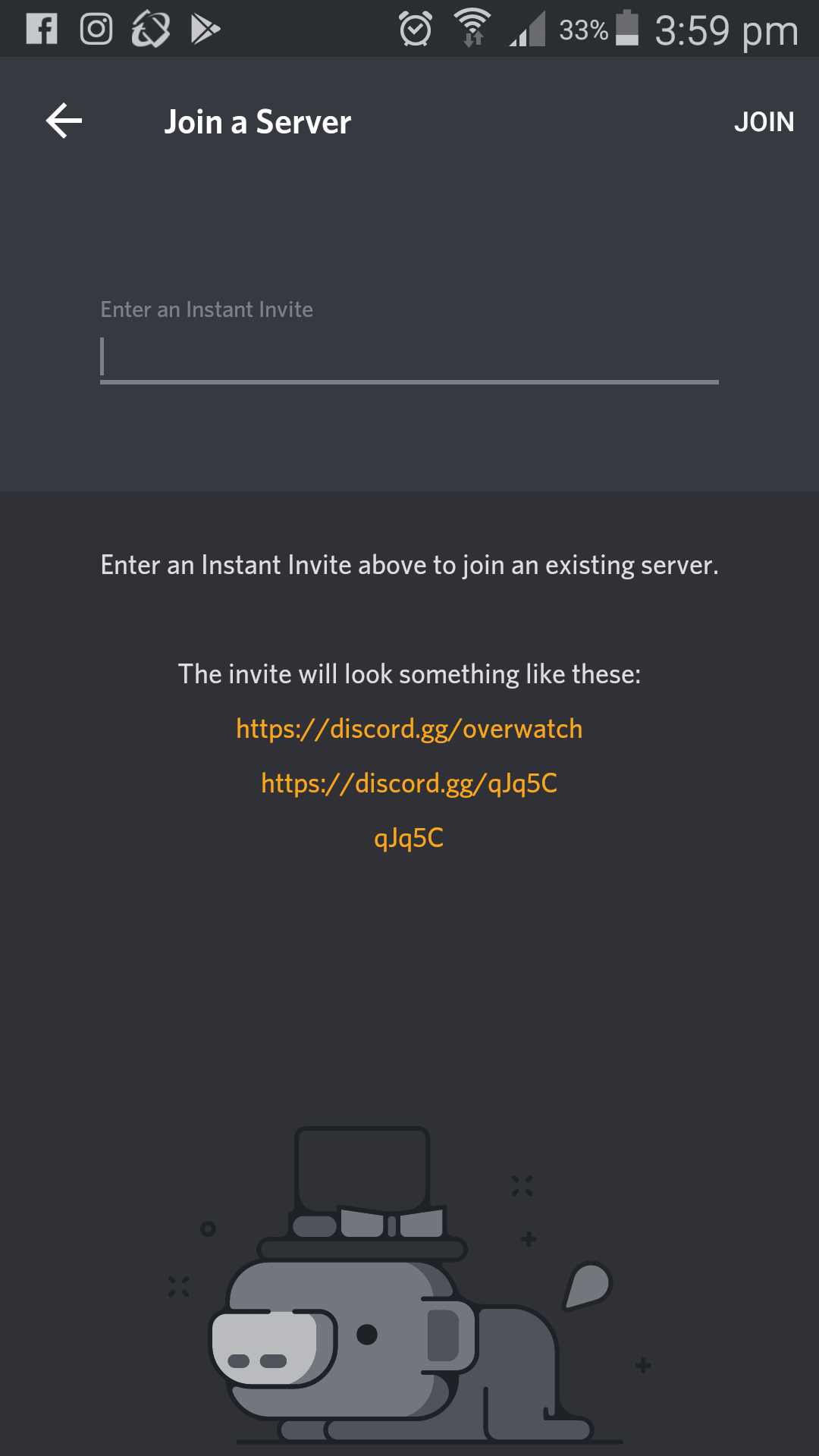 @mrbearbear how do I find a group on discord? I have just installed Discord App on my computer. Are you able to find my username?

Congratulations! This post has been upvoted from the communal account, @minnowsupport, by mrbearbear from the Minnow Support Project. It's a witness project run by aggroed, ausbitbank, teamsteem, theprophet0, someguy123, neoxian, followbtcnews, and netuoso. The goal is to help Steemit grow by supporting Minnows. Please find us at the Peace, Abundance, and Liberty Network (PALnet) Discord Channel. It's a completely public and open space to all members of the Steemit community who voluntarily choose to be there.

Definitely the voice of most of the newbies out there on Steemit, I have also started my journey just 2 weeks ago, and has been doing a thorough research since then, but yes, this platform is too difficult to understand, and it is way too difficult to get your good posts highlighted on the platform. I hope something better would happen, so that newbies are encouraged and their posts get the right attention which they deserve