Calling All Steemit Users to Take These Steps.

There is more that can be done. We can do much better than that if STEEM and SBD were made available everywhere.

Did you happen to notice that the price of STEEM went up when it is listed on Huobi Exchange?

The number of exchanges that STEEM and SBD are available on are severely deficient. This is hindering Steemit community and forcing the price of STEEM to remain low. I evaluated the price of STEEM at $109 because a majority of the currency is locked up in Steem Power. When comparing the liquid currency and price to other currencies in the top 50, Steem should have a market price of over $100. Why is STEEM so low? It is just not made readily available because it is on very few major exchanges. Help me change that! 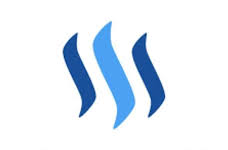 Lets put the lack of exchanges concept in perspective. Perhaps you want to buy a new car. You have plenty of Ford, Chevrolet, Toyota, Dodge, Mazda, Volkswagen, Subaru, and Honda dealerships where you live. They speak the same language that you use. However in order to buy a Hyundai, you have to go to another country to buy it and they don't speak your language. There is a high probability that you would not buy a Hyundai.

This is the dilemma with STEEM and SBD. As a currency, if it is not made available everywhere, then people would likely use something else. In comparison to other currencies ranked in the top 50, STEEM and SBD are severely lacking access. When people don't buy it or use it, the currency has little value and thus the price will remain low.

Other currencies have dedicated teams aggressively convincing exchanges to list their coin. STEEM seems to leave that task up to US.

Here is how you can make a difference for Steemit future.

I now have three forms to fill out and one contest.

We need to let Poloniex know that there are many people that want STEEM and SBD wallets fixed on their exchange.
Here is a link to the Poloniex example. It explains (with pictures) how I filled out the form.
https://steemit.com/steemit/@socky/how-to-get-steem-and-sbd-wallets-working-on-poloniex-let-s-make-steem-great-again

We need to let HitBTC know that there are many people that want STEEM and SBD wallets fixed on their exchange.
Here is a link to the HitBTC example. It explains (with pictures) how I filled out the form.
https://steemit.com/steemit/@socky/let-s-make-steem-great-again

Follow this link to an article I wrote about listing STEEM and SBD on Cobinhood. It explains (with pictures) how I filled out the form.
https://steemit.com/steemit/@socky/how-to-request-steem-sbd-listing-on-cobinhood-exchange-by-socky

Here is a new way to write a story and sneak in a mention for Binance to list SBD. If your story wins the top 50, then you can get some prizes.
https://steemit.com/steemit/@socky/enter-this-binance-contest-and-support-sbd-listing-by-socky

I hope you take part in this effort to make STEEM great. Please remember to Upvote, Resteem, and Follow. Thank you.

For a breakdown of how Steemit Rewards system works:

I'm rushing off to do so, ASAP!

Thank you for your help

Of course, Socky. You're most welcome, after all, I'm also helping myself. I'm already onto the first site you linked, should be done with the rest soon enough.

Good post, thanks for sharing this information, that is very important for all users in this comunity, greetings from Venezuela!!!

great article. congratulations, useful information for the knowledge of steemit.

Steemit is the best

Informative article about steemit...like it👍

Your article is very interesting, even for us, the third-world ones of steemit. A virtual hug

Soooooo happy to see this post. I have been asking and asking anyone who seems to potentially know, why is it so hard to buy steem? I am not willing to go through two exchanges to do so.

Thank you so much for sharing such valuable information😊✌