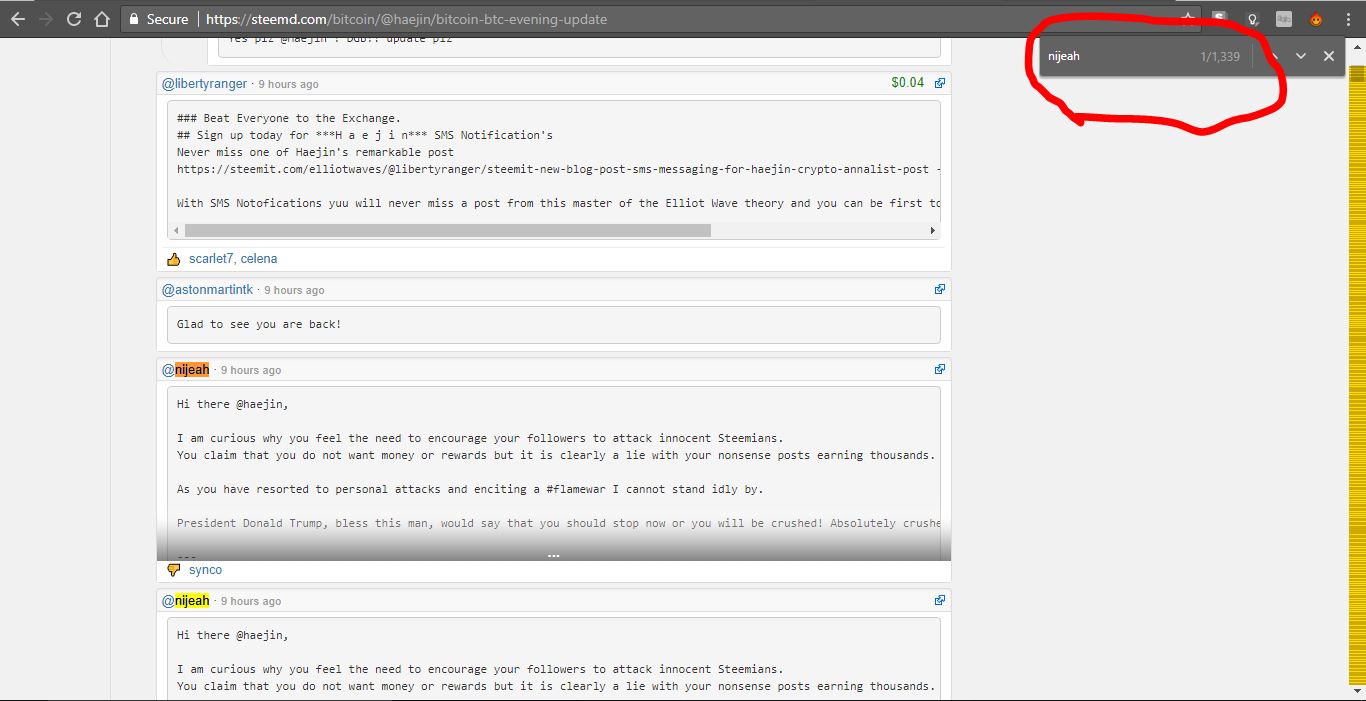 This guy @nijeah needs to be stopped. So far he has posted the same comment over a 1000 times on the same post. He has also commented the same thing a few hundred times another post. He has 812 SP and 99% bandwidth left despite spamming so much. Also, this account is only a day old!

He has also stolen content from @haejin's blog but claims to be @haejin's second account. Is this actually a second account or is this a poser? I don't think that a poser would go to the trouble of buying 800 STEEM and powering up.

Also,on the top of his posts, he says: NOTE: If this blog gets downvoted; @ranchorelaxo has our backs!!
Is this guy trying to pose as @haejin to ruin his already bad image or is he just a poser trying to scam the gullible followers of @haejin?

Only haejin himself will be able to clear up this confusion.

Additional info:
@nijeah was created using anonsteem about 2 days ago. But considering that the powerup only happened a few hours ago, I think this person doesn't really know the back-end of steem enough. So, it could actually be a haejin alt. This is so confusing and it hurts my head. We need @sherlockholmes on this case but I think he's left the platform or isn't as active.

You have collected your daily Power Up! This post received an upvote worth of 0.28$.
Learn how to Power Up Smart here!

Congratulations! This post has been upvoted from the communal account, @minnowsupport, by Sqamemal from the Minnow Support Project. It's a witness project run by aggroed, ausbitbank, teamsteem, theprophet0, someguy123, neoxian, followbtcnews/crimsonclad, and netuoso. The goal is to help Steemit grow by supporting Minnows and creating a social network. Please find us in the Peace, Abundance, and Liberty Network (PALnet) Discord Channel. It's a completely public and open space to all members of the Steemit community who voluntarily choose to be there.