As some of you know, we (Angelo @theywillkillyou and I) have recently started Steemit Saturday and Steemit Sunday. A joint effort by Angelo and myself to promote Dtube to our 1.8 million YouTube subscribers.

World5list and TheyWillKillYou have very different viewing velocities. Theywillkillyou always generates lots of views early, whereas World5list videos don’t do so well in the beginning but has a good amount of them picking up after a while. Because of this, we have decided to make some changes. I am going to discontinue Steemit Sunday, but no worries... We have made a commitment and we wouldn’t let down those who have supported this project and us. We are replacing it with something that we think will work a lot better! The results of Steemit Sunday have been good for us personally but we want to do something that we believe will have a bigger positive effect on the community. 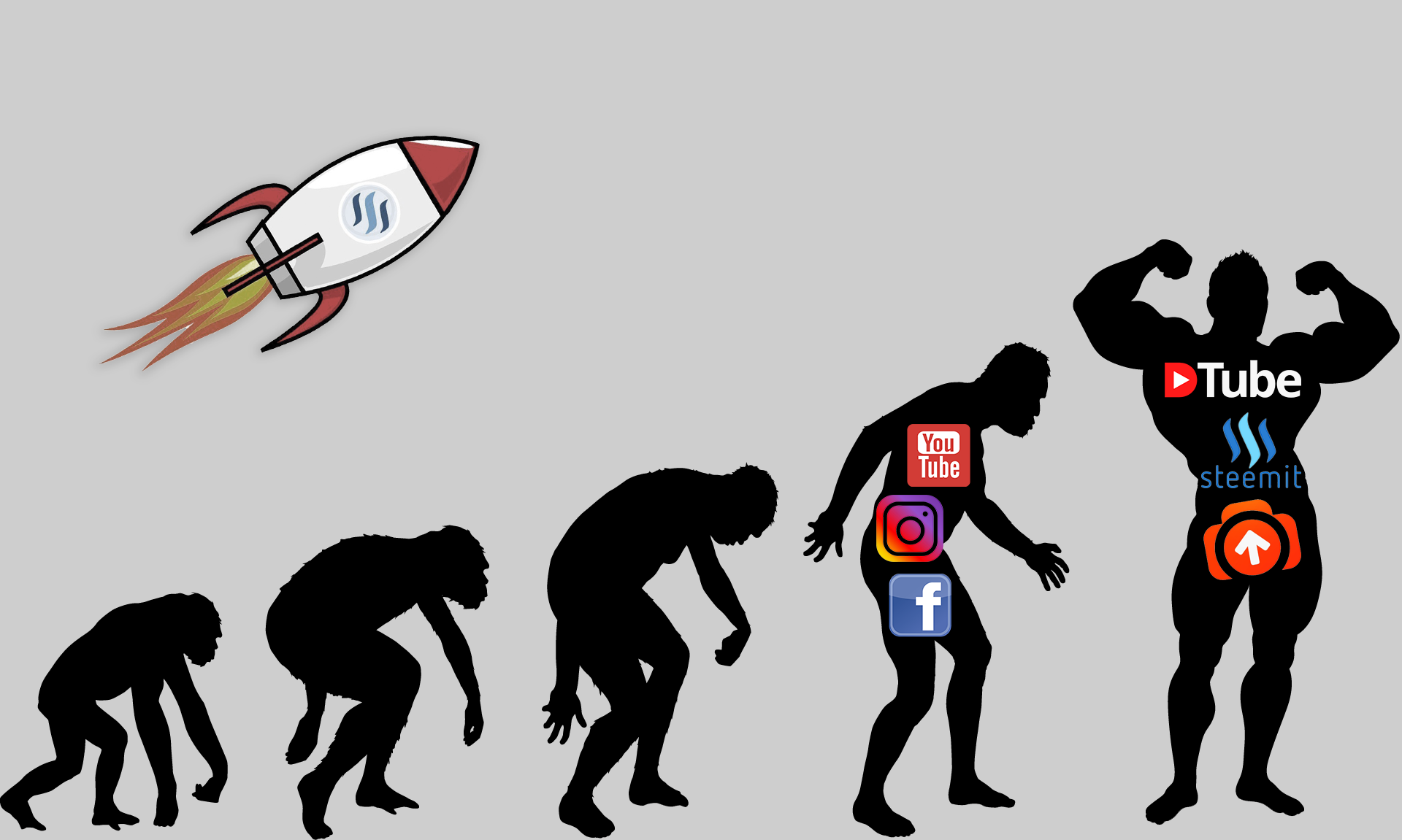 The day before yesterday we interviewed Angelo’s mom @offoodandart. We have another interview lined up for tomorrow with @aggroed and a third one the day after that with @teamsteem. In the meantime, we are trying to line up more interviews with a wide variety of different Steemians.

Witnesses like Aggroed and Teamsteem get interviewed quite often. For almost everybody on this platform, they are fascinating and almost mythical figures. I am using the word mythical, because I don’t think anyone could ever imagine themselves becoming a witness. It seems unthinkable and unrealistic. I am pretty sure even, that out of the 20 witnesses most, if not all of them, couldn’t ever imagine themselves becoming a witness when they first learned about Steemit. A capture of Anna during the first Steemit Journeys interview

WHY This Will Help Grow the Steemit Platform

Hopefully you are already looking forward to this, but what hasn’t been addressed yet is how this will “replace” Steemit Sunday; how this will be a better tool in driving people to Steemit. We will not only be putting up these videos on D.tube, we will also be starting a new YouTube channel, which we will be putting these videos up on. We will then use World5list, Theywillkillyou and other sizable channels to drive traffic to these videos by liking and featuring them.

We believe this will be very efficient tool because EVERYBODY who watches these videos has voluntarily clicked on them, KNOWING that the video is going to be ABOUT Steemit and has a principal interest in what they are about to watch. We strongly believe that the videos will then further fuel that interest, actually driving these people to Steemit! These videos won’t be getting tens of thousands of views but they will reach somewhat of a targeted/pre-selected audience, which we are very excited about. 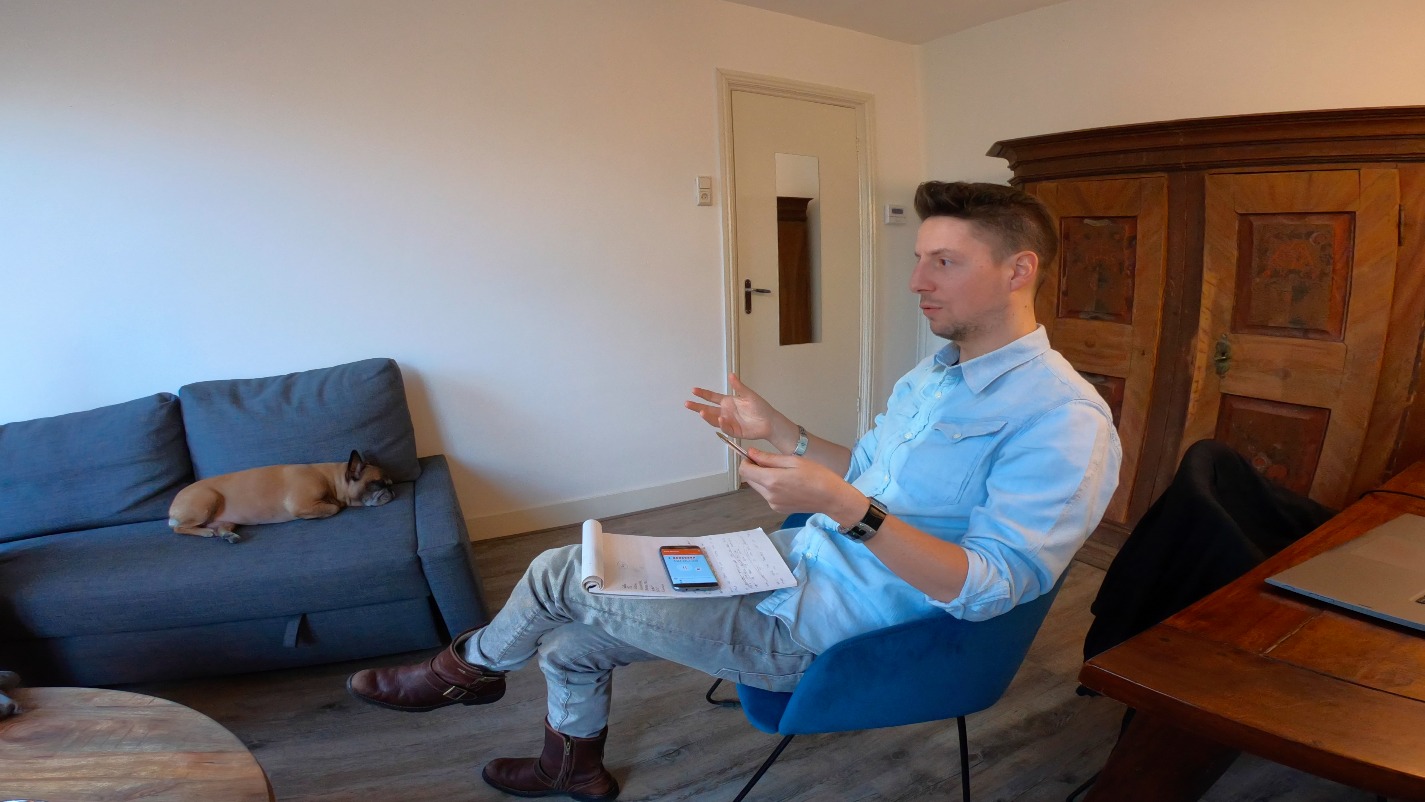 A capture of me during the first Steemit Journeys interview

What the Future Holds

We expect to have the first interview edited and up sometime next week. We will then publish AT LEAST 1 interview every week but we are hoping to do more than that. The fact that our efforts have been getting recognized the way they have makes all of this very fun, exciting and drives us to continue to put our YouTube influence to use, to grow the Steemit platform and all of it’s awesome branches. Steemit Journeys is the next step, more ideas are already brewing and other completely new ideas will come up. It takes different angles from many different people to grow this platform. LOTS of people are doing their part. We are blessed with a little bit of YouTube influence and we are planning on putting it to use as best as we can! All happy because we think the first episode will come out quite well!
#youtube #community #dtube #promo-steem
3 years ago in #steemit by world5list (58)
$10.31
27 votes
Reply 4

Good for you, and I support this 100%. I am also making efforts to promote STEEM and Steemit. It is important to do this, if we want STEEM to succeed.

Telling a few friends about it, can eventually lead to hundreds of people trying out Steemit...as the word spreads and goes viral. This benefits all of the Steemians.

Great work, keep it up.

Yeah we really need everybody who is passionate about this platform to pitch in!

Great idea to share people's personal journeys to promote Steemit. Those interviews will be great for attracting new people to the platform. I think the interviews will also act as encouragement to people who are just starting out and struggling. I look forward to watching!