The experiences and stimuli that the brain receives in the first stages of life, even in the uterine, determine the formation of biological pathways, which not only influence learning and behavior, but also integral health throughout the cycle. of life.

In understanding this process it is necessary to know that the brain is made up of billions of neurons that have the same genetic code of all the cells of the body, but need, since they are formed, the information they receive through the sensory pathways. -like touch, hearing and vision- in order to consolidate its functioning. However, some have a defined period to achieve it. "Genetics gives neurons the possibility of developing, but this is not possible if they are not stimulated," says the pediatrician. Dosing the neuronal stimulation to be effective

The first three years of life will be key in stimulating and defining the cycles of maximum brain development (critical periods). At this time, the family will be the main stimulation of the child. In this first period there are large developments of synaptic connections (neuronal links) between nearby cortical areas.

This allows a great capacity for absorbing information indiscriminately. And for this reason, hyperstimulation is not advised during this period, as has been said in recent years. It is more advisable an orderly stimulation of the information, with novel contents and with times of rest for assimilation of the same.

This is a period in which there is a great maturation of different parts of the brain:

All this allows a great possibility of communication and interaction with the environment. It also promotes a kind of constant natural impulse to do things, which will allow the child enough motivation to interact constantly with the environment. In addition, it generates a great capacity for perception and observation, and a great non-verbal and emotional communication typical of these first years of life. Child stimulation from 1 to 3 years

1. During the first year of life

The child will be able to capture the environment, discriminate prelinguistic stimuli and handle nonverbal and emotional communication very well with smiles, demonstrations of affection, looks of amazement, multiple facial responses ...

2. In the second year of life

With the progressive development of secondary cortical areas (responsible for developing stimuli and integrate them into a neural network) and association, the child will begin a progressive increase in their ability to learn. The behaviors required are increasingly complex; Begin the development of verbal language, which will contribute to greater and better social communication.

3. In the third year of life

Finally, in the third year there is already a greater cortical development, which helps the process of neuronal maturation. The neurons of three-year-old children are capable of responding to complex behavior or behavior. That is why it is stated that the neuronal mass is the organ of intelligence and always responds to all the needs of the intellectual behavior of people, that is, it can be said that intelligence is determinant in intellectual behavior and neuronal material is its support . It must be clear that the brain is made up of neurons that are usually used for different functions and that when these are connected to each other, the synapse is created, which is the process that adopts information for all life.

When children are born have a large number of neurons that have not yet reached full development and are immature, during this stage the cerebral hemispheres are still not working and this is where it is important to mention that the quantity and quality of stimuli received the child will have repercussions throughout his life.

Even before the child is born, they are already in a race against the clock in which if one day the child's brain is not stimulated, the opportunity is lost forever, with which the possibilities of cerebral development are restricted, and it is not going to be the fault of the child, but it will be the responsibility of their parents or the people in charge of the child.

This is why you should not let more time pass, the earlier you start with a correct stimulation, the more possibilities of adopting information you have the less; information that will serve you the rest of your life. It's like riding a bicycle, once you learn this skill, you will never forget it.

Method Baby Polyglot is an extraordinary and unique method of multilingual neuronal stimulation, which allows children under 7 years to enhance all their abilities and intelligence through the bases of 7 languages ​​simultaneously (English, Spanish, German, French, Portuguese, Italian and Chinese - Mandarin).

Fortunately, training the brain is possible, thanks to what is known as cerebral gymnastics or educational kinesiology, which is based on the idea that as the body and the brain are interconnected, when exercising the body the hemispheres are also trained cerebral.

Therefore, brain gymnastics involves stimulating some points of the body, in order to enhance learning, memory, attention, creativity and children's motor skills. It is worth mentioning that since the American psychologist Paul Dennison created this type of therapy, it has been used not only to stimulate the cognitive development of children but also to treat different common childhood disorders, such as dyslexia, reading problems, hyperactivity and lack of concentration. Malcolm X
"Education is our passport to the future, because tomorrow belongs to the people who are preparing for today." 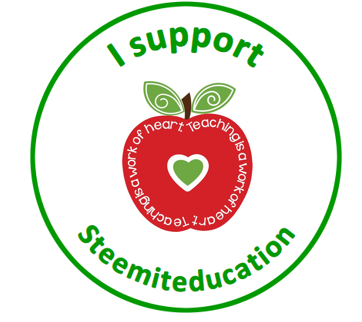 I took to this article because my son is three, thanks fir so extremely useful advice!