So that's what we are doing now... is it?
chain-mailing the #steemitnamechallenge...
yeah... sure thing, why not?!

I was nominated by the @reggaemuffin

It gets worse, of course this fad has rules, too! I don't believe in rules and for the most part, I like to think nobody else likes them either... but hey... it's part of the deal right?! So here they are:

The five commandments of the #steemitnamechallenge

Apparently there are no penalties or explicit consequences attached to not following these rules. And who's that mysterious "creator" of the challenge who's tracking all these posts, silently judging us all, anyways?! I tried proving his existence and failed, but let's not make this a discussion about faith or superstition...

where was I? Yeah right, my username... I'll try to make it short:

And, quite frankly, I love my steem accountname! So, I'll be absolutely frank with you and tell you everything there is to know about it. 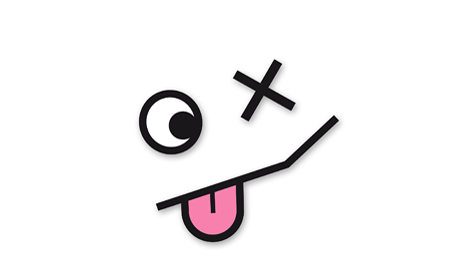 I've been Frank throughout all my life. I've used a few different Franks to get around and had to reinvent a new Frank from time to time... but it's always been genuine Franks all along the way.

Frank, in case you didn't catch on to that, yet: That's my real name.

That sequence of letters that my parents assigned me with to avoid any later confusion. That thing which my statist overlords require me to identify by so that I may pay my mandatory fees for existing.

Now that that's out of the way, there's really just one question that we need to answer:

Where did that extra "e" come from?

The first few iterations of Frank were created and tested in Germany, near Frankfurt, but that's just a coincidence. I had no use for an added "e" back then. Just Frank was totally sufficient.

Some people seemed to enjoy adding a "y" to the end. I guess they thought that it sounded adorable. As a little person, that really wasn't too much to my liking. I was little, that's how humans are in the beginning, so you really didn't have to make me sound small... I fucking was small. Maybe some other small humans actually enjoy being admired for their small-ness, but that wasn't for me. I would have preferred if they had taken me serious... but I digress... this was about @fraenk and not about @franky!

Disclaimer: I am in no way affiliated with @franky, I've never even looked if that user existed around here before just now.

Back to the topic: Things started changing when I ventured out into the world. I was fortunate enough to leave Germany behind for almost a decade and I had a chance to experience life in other parts of the globe, where people speak different languages.

Yes, you heard that right, it's a globe, it's a sphere, it's not flat!

I've been able to confirm that for myself and see some different corners all around it with my very own eyes! Wait what? Spheres have corners?! Anyways, I digress again... I said I wouldn't discuss faith here, we were talking about names and languages and we should probably stick to the established facts and treat it scientifically: We were once one united mankind and we tried to reach the Heavens by building a really really really tall tower. But that mysterious Creator living up there didn't really seem too appreciate our ambitious goals. So he confounded our speech so that we could no longer understand each other, and then he scattered us all around the world!

I guess he likes keeping his privacy and prefers starting chain-mail-challenges?!

But, I wanted to make this short, so, to make a completely different and excessively long story short: That's why we have the same names, like Frank, but they sound different in other languages.

That logic requires we had written names before we started saying them in a variety of tongues. Things may start to sound like contradicting each other... I'm sorry if this gets ever more confusing, but that's just how science works kids!

And so, as I lived in different corners of this vaguely rhombicosidodecahedron-shaped (<- that's science, look it up!) rock tumbling through space, where people spoke different languages, they started calling me "Frank" in English.

I've already established the fact, that writing came first, and if you write the English version of "Frank" in German, a beautiful little quirk called and "Umlaut" can be used to make the distinction. That's how "Frank" turns into "Fränk".

On the internet, using those Umlauts (damn, pluralising a German word by English conventions feels dumb) can be a tricky thing. By rule of convention then, the Umlaut can be replaced by it's phonetic origin: "ae".

That's that. That's why I call myself @fraenk on the internet!

Sounds fair and simple now doesn't it? But trust me, all that nonsense up there was totally essential to understand where my name comes from. Since most will probably not read that, though, let me say it one more time for the ADHD kids in the first row that didn't see anything other than the pictures:

Would I change my username if I could? Hell no! It's actually not easy to be "fraenk" on most platforms, that handle is a lot more popular than you would think and I should consider myself lucky that I came early enough to be the @fraenk on steem. On most other platforms I had to build some stupid punctuation signs around the "ae"-Umlaut-thing or find other creative solutions.

Story time's over... which finally brings me to the part that I feel most uncomfortable with... peer-pressuring some other innocent steemies to carry on the tradition of the #steemitnamechallenge, abide by those 5 dumb commandments and serve for the creator's pleasure.

I nominate and apologize in advance to:

P.S.: If you're interested in hearing the actual differences in the pronunciation of "Frank", here's a site I found while "researching" for this post: http://www.pronouncenames.com/search?name=frank

P.P.S.: After digging through some other challenge post I've finally discovered the mysterious creator's identity. It was @felobtc who started these shenanigans HERE.

The “introduceyourself/introducemyself” tag is for creating one introductory post that tells us about you. Users are encouraged to use this tag exclusively for that, and not to reuse it.

lol... no worries, I am well capable of deciding how and when I'll introduce myself...

also, aren't you a bit late to the party?! chuckles

Epic tale, awesome read! I don't think there's ever been an e who has received such an elaborate discourse!

Too bad @franky's not around anymore :P
But I see you can still register @fraenky!

I always had a feeling you actually are Frank, thats because you have an awesome character, similar to Frank, Franky's from the old comedy movies. :D

Just kidding, very nice man and glad you want to keep it because its unique and just so you know, @fraenk was one of my first time searching on Steemit, thats also because I was pretty new here, back then.

haha... WHAT? "@fraenk" was one of your first searches on steemit... wow... now I feel like a real celebrity.

That must have been @shakazula's fault!

Yeap then I got threw your posts to find the Googly world. :)
You are the Star!
Hola hola hola, we dem boyz!

lol... fraenkeee ... maybe I'll dress up as a tiny asian girl and start a travel blog?!

Hedgehog' eyes. What was that about? The Google can not translate into Czech ;-).

lol... ah, nothing to see here, just rambling about nothing... the TL;DR had everything you needed to know:

I understand something ;-). It's about how to make two pages from one sentence :-)

Hahaha your funny post @fraenk. I know you are Frank because I asked you but didn't know how you arrive at this Steemit handle with an "e" in it :)

I love their dramatic pause and the music playing.... It was amusing to me :P

Thanks for taking time to explain it in a witty way too!

Hehe... awesome, I glad I could entertain...

I normally really don't like these types of chain-mailed challenges, but I must have had a clown for breakfast and I needed to regurgitate...

As a fellow Frank, i very much appreciate this post. Nothing wrong with an extra letter!!!!!

Awesome... fellow Franks unite... nothing wrong with an extra letter indeed... Fraenk, Franko... it all sounds like awesome dudes all the way!

I had fun reading about you @fraenk!😂

great :D that's really all I was trying to achieve here!

Thanks for taking the time to leave your comment and vote :D

I truly liked it and the vote was genuine..i'm trying to learn how to write great posts too and the best way to learn is to read great posts like this! Thanks.😁

me too! sadly i saw this post too late to upvote -- actually it was posted a year before i entered steemit blockchain.

come get your hug!

Hello, You just received an upvote via the
Steemit Information Browser Bot
Automatically, vote, follow and comment on posts in your favourite tag.

You're bragging about offering what's pretty much just a spam-bot to grow a following?!

Ah man... I kinda think your intentions might be good, so I'll NOT flag this...

TWQ lets you borrow 5ETH with only 0.002ETH! Lenders are from everywhere around the world! PM me now or sign up here: http://bit.ly/2owfG0e
Follow us to know more!

Steem Flag Rewards mention comment has been approved! Thank you for reporting this abuse,@fraenk categorized as comment spam. This post was submitted via our Discord Community channel. Check us out on the following link!
SFR Discord