Take a Walk with NASA "Week 4" [Image Credit] NASA
Research on the International Space Station continues to support both research to further our movement into space as well as ways of using the results from this research to benefit us on Earth. Recently, Space X delivered a new growth chamber about the size of a mini refrigerator. This allows NASA to expand their growth research on the ISS. “Thus far, the habitat has been used to grow and study Arabidopsis, small flowering plants related to cabbage and mustard, and Dwarf Wheat", (NASA, 2018). Using a controlled environment that controls oxygen, temperature, and carbon dioxide levels, NASA can study plant growth habits in a microgravity environment. Using its expanded LED lighting system, NASA can expand which plants to grow by tailoring the light to meet each plant’s unique needs. Furthermore, the new growth chamber allows astronauts to grow seeds that would lead to plant growth that has never experienced conditions on Earth.

Lessons learned from this research will benefit Earth by developing ways in dealing with drought and creating large-scale growth systems that can be used in areas of Earth that would not otherwise support such plant growth. As for Mars, such research should help in developing strategies used to grow plants in the harsh Mars environment. Since going to Mars is a two-year trip, long-term growing capabilities is needed to support life. My only question is how will they support the need for meat products.

Do you have questions about space but don’t know how to get answers? On April 16th at 1:00 pm Eastern time, NASA will be conducting a Facebook Live question and answer session with astronauts Drew Feustel and Norishige Kanai (NASA, 2018). These two astronauts are currently in orbit on the International Space Station (ISS) 251 miles above the Earth. Drew Feustel launched to the ISS on Mar 2018 and has a Ph.D. in the Geological Sciences, specializing in Seismology ( NASA, 2018). Norishige Kanai is a Japanese medical doctor and astronaut that launched to the ISS on Dec 2017. The combined experience from these two experienced astronauts should make for an interesting session.

@marymik23 asked me for information concerning the ExoMars project, so I thought I’d share with everyone in this post. ExoMars is a joint European and Russian mission that was launched along with the Schiaparelli EDM lander. Unfortunately, the lander did not survive the landing on Mars due to a computer problem on the lander. It is believed that the lander’s navigation computer made it think it landed when it was still 12,000 ft above the surface of Mars. Due to this, the thrusters failed to fire in order to slow the vehicle down. 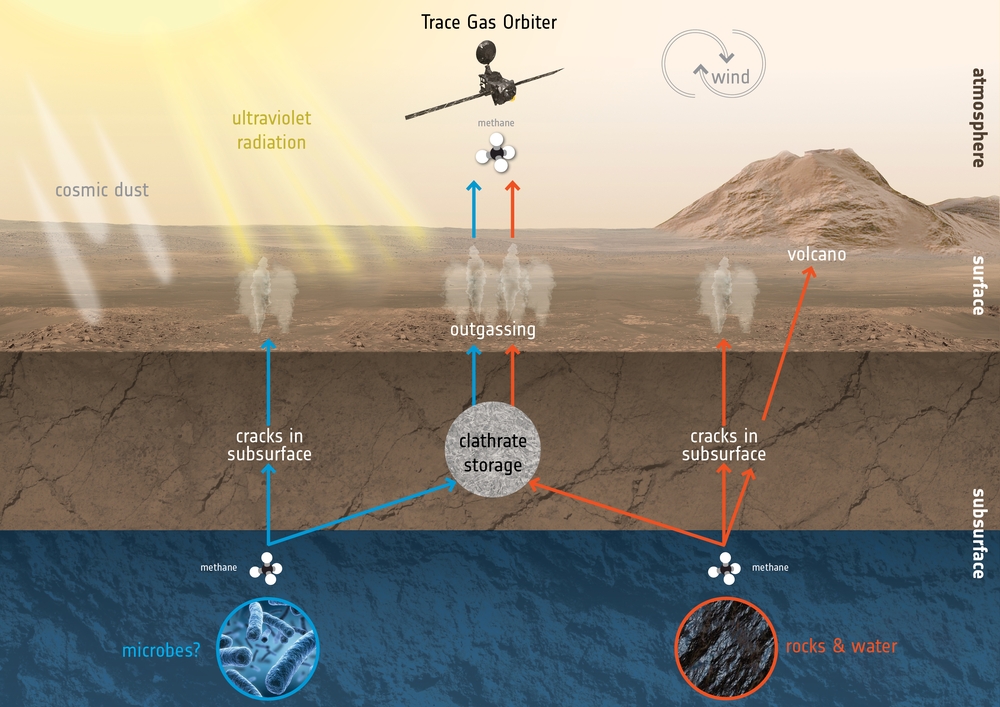 As for the ExoMars orbiter, Instrument calibration took place as it prepares to begin detecting and analyzing methane, water vapor, nitrogen oxides, acetylene other trace gases. It will be doing this 248 miles above Mars in a circular orbit, (Spaceflight Insider, 2018 ).

"The Trace Gas Orbiter will monitor seasonal changes in the atmosphere’s composition and temperature in order to create and refine detailed atmospheric models. Its instruments will also map the subsurface hydrogen to a depth of a meter, with improved spatial resolution compared with previous measurements. This could reveal deposits of water-ice hidden just below the surface, which, along with locations identified as sources of the trace gases, could influence the choice of landing sites of future missions," (ESA, 2016). Along with this analysis, the ExoMars will be assisting NASA by relaying communications from the Curiosity rover back to Earth.

I hope you enjoyed this week's update. There is a lot coming up in the next few weeks and I look forward to sharing these exciting events. As spring has finally decided to join us in Virginia, I'll also be sharing some beautiful sights in seperate posts over the next few months. If you have space questions you'd like me to post about, let me know.