Power that changes the world 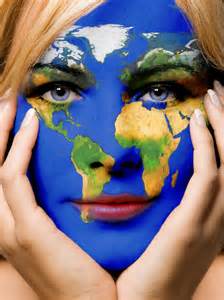 He was feeling dizzy. All the things around him suddenly started fading out. He was not able to move his arm, his chest was feeling heavy as if somebody put a heavy rock on it. He was standing on marble floor but it seemed marble are turning into bog and sucking it in. A layer of pain started from his left arm and traveled strait up to his heart. He was having stroke. Last thing he saw was his son rushing him out of room calling for help. His Rolex watch he brought when luck was in his favor hit the floor as he fell down , but nowadays he was not able to pay for his medicines which his doctor had prescribed a week before.

The doctor handed his son a chit of medicine. He went to store praying that medicines would be in his budget. He gave the chit to pharmacist and said it was emergency. Within no time pharmacist brought all the medicines and handed him medicines along with the bill of 700 $. As he put hand in his pocket and took all the money he had but it was all 400 $. He started looking at his own hand with despair he wanted to tell pharmacist his situation but pharmacist suddenly said

"Don't worry give me the money you has it will be enough, after all kindness is the power that changes the world"

The boy left with tears of gratefulness in his eyes. He wanted to say something but he was in hurry so he left even without saying thanks. Shopkeeper was looking at the boy until he lost in the rush. This scene took shopkeeper 10 years back when he was in the same situation, he was asking pharmacist o take less money and give him medicines for his dying mother. Pharmacist was not agreeing and said he had no intentions of giving medicine even at a penny less. There was a man who paid all the bill and said

"After all kindness is the power that changes the world"

Even after 10 years he forgot his face but remembered how beautiful Rolex watch he was wearing. After all these years this pharmacist was not able to forget that man's kindness and wanted to pay him off one day.

Very lovely article
Keep it up

Wonderfull story. Waves of kindness always ripple through our universe and bounces of diffirent edges to go in every direction. We never know where it goes or where it ends up but somewhere it will be returned or sent to another deserving receipient.

Congratulations! This post has been upvoted from the communal account, @minnowsupport, by diverse-thinker from the Minnow Support Project. It's a witness project run by aggroed, ausbitbank, teamsteem, theprophet0, someguy123, neoxian, followbtcnews/crimsonclad, and netuoso. The goal is to help Steemit grow by supporting Minnows and creating a social network. Please find us in the Peace, Abundance, and Liberty Network (PALnet) Discord Channel. It's a completely public and open space to all members of the Steemit community who voluntarily choose to be there.

This post has received a 0.52 % upvote from @drotto thanks to: @banjo.

a very sad and touched story as I read it.
a very bitter experience @diverse-thinker

This post has received a 5.59 % upvote from @booster thanks to: @diverse-thinker.

Amazing article buddy! You are back in form. Love to see your regular posts. <3
Upvoted