This is a sequel to my previous fantasy story the Stormborn , I hope you will enjoy it

Seven years have passed since the stormblood gathered in human realm for the first time. Wild, rampaging tempests became something of a regular occurrence and the world of men slowly started to adapt. Newly built houses were made of thicker wood or even stone and hay roofs were replaced by tiled ones. More prosperous cities started paving their streets with cobblestone to fight rivers of mud that usually came with heavy rain. Even the simple drainage systems were built to get rid of excess water. In the countryside things moved at the slower pace but even the farmers tried to build stronger shelters for their animals and more durable stock houses for harvested crops. 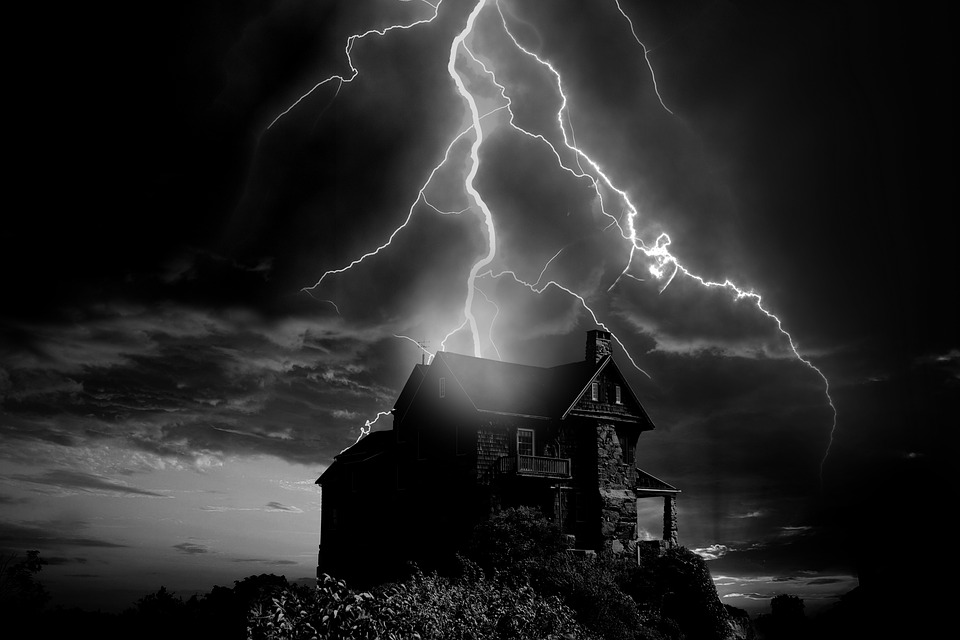 Miriel was amazed by human’s ability to adapt to almost every situation. Their lifespan may be short, but their potential was astonishing. Compared to her own people, who took centuries to (over)think everything through before adopting new policies, humans wasted no time. She had a feeling they used every new situation, every new twist of fate as a learning opportunity and their growth was exceptional. She could remember just a several centuries ago they were living in small tribe-like communities, moving from place to place, and now they have already started to build cities surrounded by walls and have somewhat functional kingdoms. To be honest, she was scared a bit.

She felt a bit embarrassed as she turned to face the rift that will bring her back to storm-realm. Every year she would come back to the human world for a month or two to search for Alidar. A party that was sent after she returned, 7 years ago, found no trace of his body, and she hoped he somehow managed to survive. The high council, that ruled over her people, firmly believed he was long dead, but out of respect for her former master they allowed her to search for him, even though opening the rift consumed much of their resources.

At the beginning, she held her hopes high, but as the time passed and she couldn’t even find traces of information or even rumours regarding him, she felt her will faltering. Yet, she had no intention to give up. Her young protege was exceptional in every aspect but to say that her ability to sense flow of stormblood is stupendous would be a severe understatement. Never, in the history of storm elves an individual possessed such a talent for that hard-to-master skill. Even Alidar, who was regarded as the prodigy in that field, paled in comparison to Awilo. Next time, she decided, she will bring the child with her. If Alidar is alive, she will be able to sense his stormblood, even if he is miles from her. How will she convince the Council to allow this was of less concern. Actually, it was of no concern at all. She thought about that unique ability of storm elves. Some even thought her people got the name thanks to the fact they could sense, and thus manipulate, the flow of stormblood. It was an innate ability that allowed one to sense the flow of the very life force that stood behind the creation of their whole realm. Born out of the storm, and shaped by the storms, her home was a sight to behold. And the ones with the ability to manipulate that force stood above all others in that overcast world. Even the youngest of the children could sense the stormblood but with age and practice came the ability to use it. Of course, the extent of one’s abilities would lie in the ability to sense the flows. The better you were in that the stronger your abilities were. That’s why they spent decades teaching and honing basic principles of stormblood into young elves. But not everyone possessed the same innate ability. Majority of elves was at best mediocre, but even that allowed them to imbue their weapons with lightning, speed up healing of wounds, or increase overall physical attributes during the fight. She was one of those, maybe slightly above the average, but she was never burdened with that. She was a scholar before anything else. On another hand, there were individuals like Alidar or Selena, whose ability surpassed all others. They could manipulate stormblood with such proficiency and precision that conjuring lighting bolts around them was a trivial matter.

And then there was Awilo. It seemed like she wasn’t just sensing the flows, it was more like she was seeing them. And her ability to shape those flows was frightening. A mere child wielding such powers, it was a terrifying idea. Fortunately, she was different than her peers. Miriel found it hard to describe what exactly put her apart from other children. It was not just her human origin, there was also that unusual and calm aura that always surrounded her, her sense of responsibility and respect while wielding stormblood and most of all, her willingness to learn, like she subconsciously knew there will come the time she will need every last bit of knowledge and skill she could muster. And yet, despite all of her “grown-up” qualities, Awilo was also a playful child. She would never miss an opportunity to play,to dance and to sing. Unfortunately, her training regime was much stricter then other children’s so those opportunities were very rare indeed. 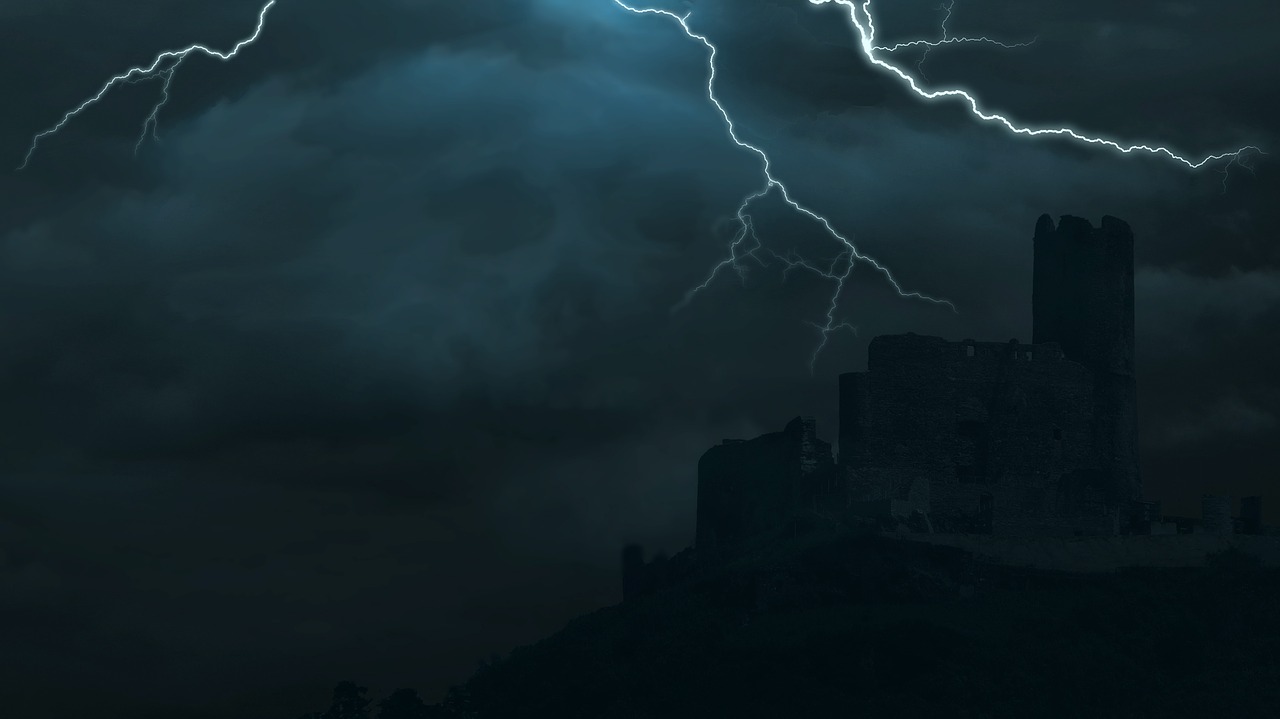 Miriel walked through the rift. Difference between realms was striking. Whilst human realm had naturally blue sky, clouded by occasional and short lasting storms, her world was under a permanent layer of thick dark grey clouds. The storm was everlasting. Thunderbolts dominated the sky and thousands upon thousands rolled furiously through the clouds. But unlike the human world, where storms were followed by strong winds and rain, here was almost permanent calm. There was no wind, just a constant, barely noticeable flow of air from east to west. And the rain was scarce. But, approximately two or three times per year, storm realm would justify its name. First signs of Grand Storm would appear about a week or so before. That weak flow of air would firstly change direction and then over the course of 7-8 days grew stronger..much, much stronger. Rain would start to fall in torrents and lightning bolts that usually reside within clouds would descend onto the ground, shattering rocks and everything else that dared to stand in their path. Yet, no matter how violent those storms were, no one was really scared of them. It was thousands of years ago when her people learned how to envelop their cities in stormblood barriers that rendered them practically immune to Grand Storms. True, almost a hundred specially trained elves was necessary to maintain the barrier throughout the storm, but by now all of their cities had at least two crews whose only responsibility was to protect the city from the raging storm. Lately, the situation was changing. Before, a year with 3 storms would be considered a rare occurrence but last few were all marked with 3 storms.

Only the previous year was an exception. Grand Storm came four times. She knew it meant trouble, she just couldn’t find what kind of trouble. As a scholar, she put most of her efforts to discover why it is happening. She was sure of one thing though. It was closely connected to the birth of Blessed One. “Miriel, Miriel!” a child’s voice called her across the meadow “ I’m so happy you came back. It was so boring without you and Selena is not giving me any time to play “ A girl, of no more than 7 years, whose hair was pitch black with exception of one white lock, came to greet her as she walked out of the rift. “ Did you find your dear friend? Did you bring me something? Was it dangerous there?” a burst of questions came out of the girl before Miriel could even crouch to hug her.

“ Easy now, little one! You should let Miriel catch her breath before you attack her with questions, you know that traveling through the rifts is very tiresome.”

“No, I do not know how because you never allow me to go to the human realm” Awilo was fast to respond.

“ Selena, it’s always good to see you” Miriel said, somewhat gratefully, to a short-haired woman, for a moment completely ignoring the young girl. She checked the woman in front of her, immediately noticing damaged clothes.

“Awilo?” She asked, pointing at the torn blouse.

“Yes, her abilities are growing at rapid pace, it will not be more than a couple of years before she reaches my level. Just a moments ago she managed to create a lightning spear. I was so shocked I dropped my guard down for a moment, as you can see on my clothes.” Selene proudly spoke about the child who was now trying to climb the small tree next to them.

“ A lighting spear at the age of seven? That is.. I don’t even know what to say. It took you almost a century to learn how to do that and even Alidar regarded you as an equal.” Miriel was truly shocked. She knew the child was blessed by the stormblood and she knew she was destined for greatness but she never expected her talent would be so vast.

“ That is nonsense, Miriel. Yes, I was equal to Alidar in his last few years, maybe even a bit stronger, but he was ancient at that time. During his prime, I would be as much of a threat to him as a human is to me now. “ Selena was firm in her opinion, yet she couldn't fully suppress a proud blush. 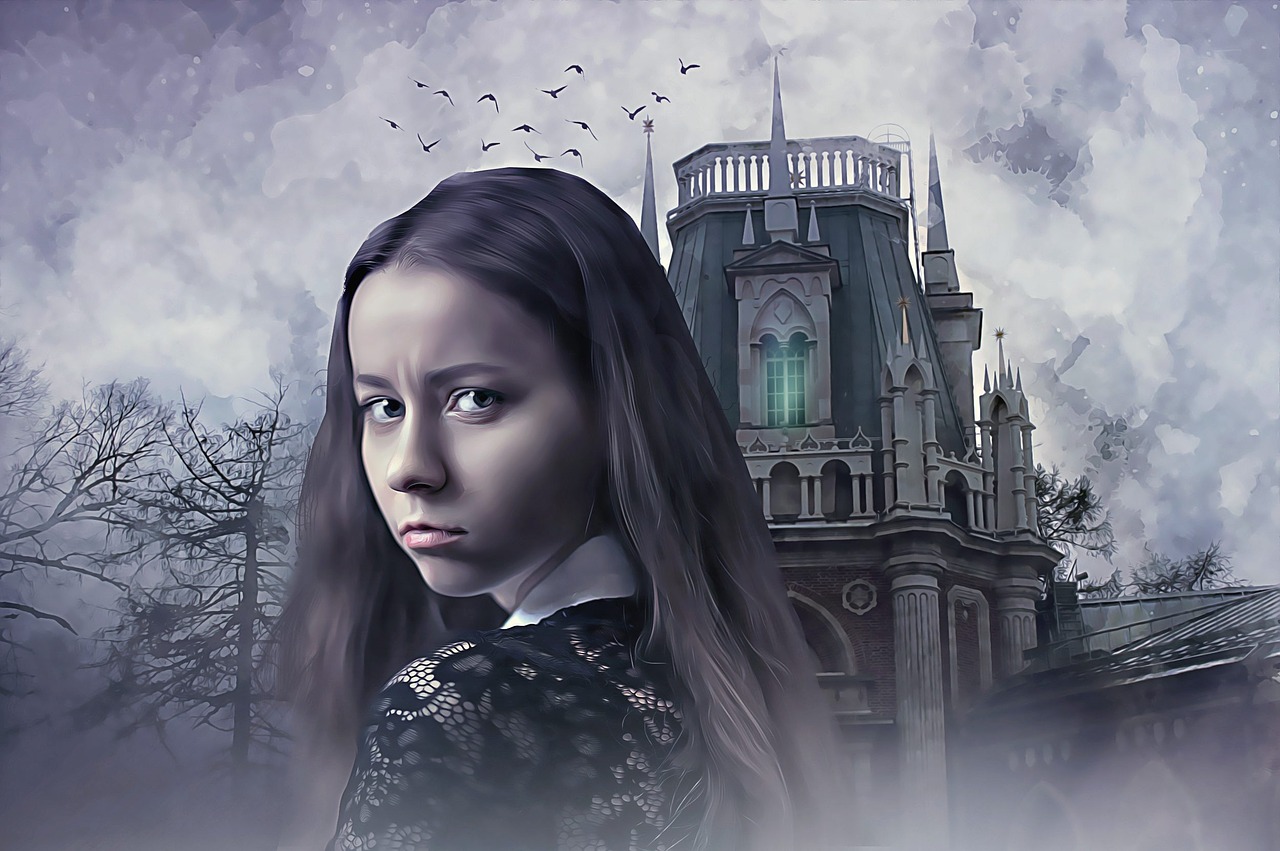 Sensing the grown-ups are finally done with talking Awilo rushed to Miriel, demanding answers and gifts. Despite all her prowess and talent, despite that calmness radiating from her, she was still just a child. A child with a huge burden on her back. After a short walk across the meadow, Selena gave her regards to Miriel and disappeared in a flash of white light. It was a marvellous display of thunder walk and Miriel felt a small sting of jealousy. She was never able to master that particular skill. She turned to Awilo with a serious expression on her face.

“Awilo, I have a report to give to the council, but immediately after, you will meet me in the Hall Of The Storms, we will continue with your lessons on the theory of stormblood there. But before I go, there is one thing I need to ask you, and it must remain our secret. Tell me, child, would you like to visit human realm? “

Alright! I see a lot of improvement here compared to the other one, although you still have a severe lack of articles in certain places. You could make good use of Grammarly if you're not using it already.

The pace of the writing is decent if this were a long novel, but I feel that this is supposed to be a story. For a short story, the rhythm is too slow and there is a serious need for a more attractive word selection and clearer narration stages (setting, conflict, climax, falling down, denouement), because it feels like half of the story is introduction and the parts are very disproportionate.

The theme is very nice! I like the way that you choose the images to fit the color palette of your narration. I also love the theme selection in itself, and I feel like I could write a story based in a similar world. I'll think about it. Thank you for the inspiration. :)