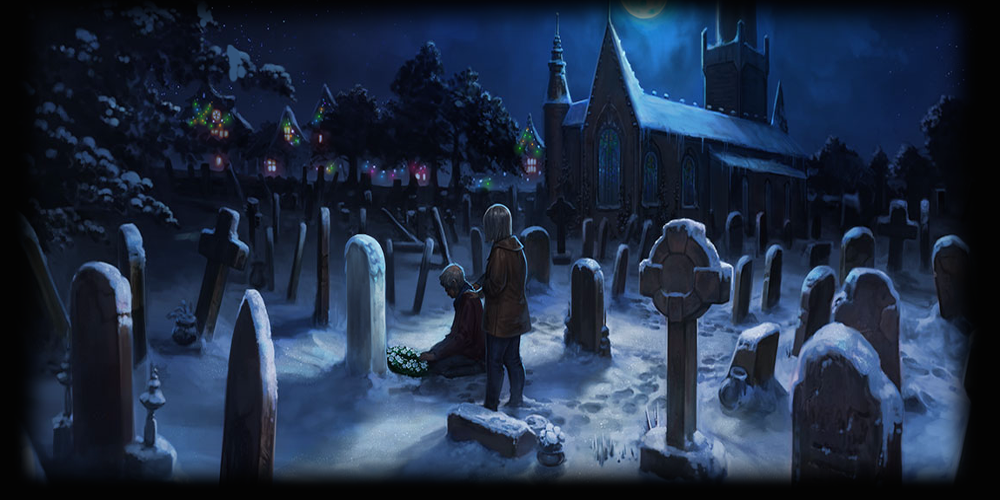 A murder committed in cold blood and these people are attributing it to a ghost! How very idiotic!

It was a graveyard all of us saw from outside and some of us the inside too, as the near ones were accompanied till they they were buried. In a crowded city like ours, there had been a mushrooming of flats even near the graveyard and the graveyard was not a far off, dark and gloomy place from where eerie sounds of anklets or the whines of sickly dogs were heard or that’s what people believed till sometime back.

The graveyard was at the back of a small church and once in a while people were not startled when they heard the slow ringing of the funeral toll in the neighborhood.

But in the recent past some rumors were being spread about the graveyard. People started talking about shady figures seen inside the compound at dusk and strange shrieks heard in the dead of night. Some said that the old church organ was also heard in the dead of night, sometimes, though the church was locked from the outside. But the rumors helped keeping the petty thieves at bay.

The real estate people who were trying to build all over the vacant land around the graveyard, considered these rumors malicious lies, spread in order that the price of land would hit rock bottom.

As the graveyard was big and was the only one for the entire Southern and Eastern part of the city, it was used by a huge population and many started believing the rumors.

Now, this murder had given a kind of authentication to the stories on ghosts. Though the police came, it was suspected that, even some in the police department believed that a ghost had a hand in the murder.

I walked out of the crowd. Quite suddenly I saw him also moving out of the crowd. He was wearing a grey overcoat, though it was not very cold. The coat reminded me of something. I recalled the face of the dead man. I turned the pages of my memory. I could recollect the coat, because it was unique. It looked like the overcoats worn in western countries two centuries back. Yet it it did not look worn out. In this city too people wore coats, but shorter ones. The recollection of the coat led the thread of memory to where I had seen it before.

Yes, I had seen the dead man with the man wearing the overcoat. I had seen them in heated argument a few days back. I had found out something. In my excitement I went very near the man. A speck of blood on the coat near the right shoulder was what I saw.

Apparently no one had seen them together except me and so no one suspected him. He seemed just another man drawn by curiosity. But I could guess who he was. I had seen them near the graveyard in pitch darkness. He seemed a mean fellow. Should I tell the police? Who would believe me?

I followed him silently. I got into the bus along with him. I found out where he lived. I was one hundred percent sure he was the murderer; he had that dirty smirk in his face that said it all.

The police could not get a clue to the murder. The body was brought for funeral after the postmortem. I was not surprised to see him at the funeral. He was wearing the coat without the stain now.  It was a dark cloudy day and people who attended the funeral, and those weren’t many,  left quickly. The man lingered for sometime just outside the compound. I knew what I should do. I gave him a powerful smack on the back of his head. Blood splattered and drenched his overcoat as he fell down, lifeless. A fit punishment for one who was the cause of tarnishing the image of ghosts!

I went inside the graveyard. I could hear someone shrieking outside. A huge crowd was gathering near the body and the arrival of the police jeep – I could tell from the noise outside. All became quite once again around midnight. My pale friends rose from their graves as usual for their midnight party. I walked into the church, through the church wall and sat at the organ to play.

OMG blocktrades found your post! Do you know how great that is? It doesn't happen so early to minnows apparently... CONGRATULATIONS!!!

Thank you @ashfreqk, and also thankful to @blocktrades to recognizing my post!

Just read it... quite a surprising end, I must say! Maybe the police couldn't nab him for the murder as this is India and not some TV series with high-tech DNA tests and all LOL 😁... no offence to the efficiency of the Indian police, of course.
Great story! Keep it up! 🙂👍🏻

Didn't read full, but the end is interesting!